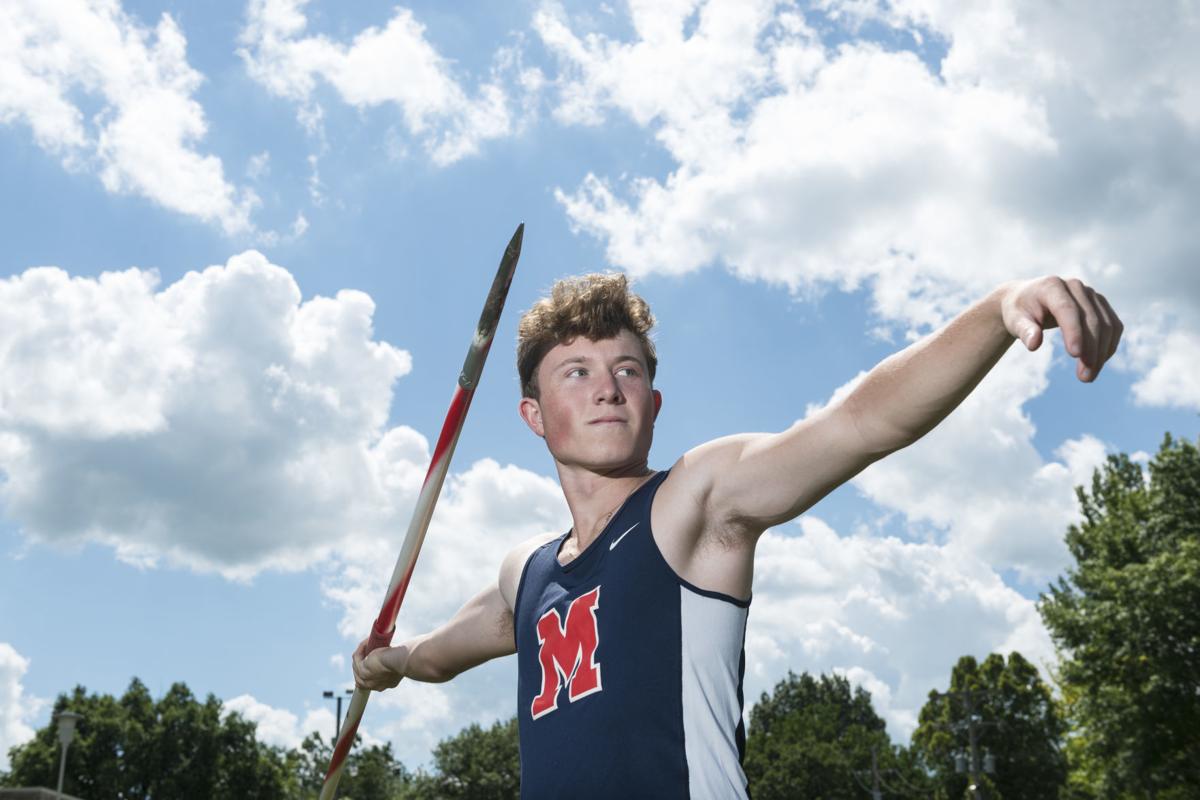 Manhattan junior javelin thrower Sam Hankins didn’t have a single throw under 200 feet as a junior and won the 2019 state title by more than 10 feet. Hankins was named the Gatorade Kansas Boys Track & Field Player of the Year for 2020. 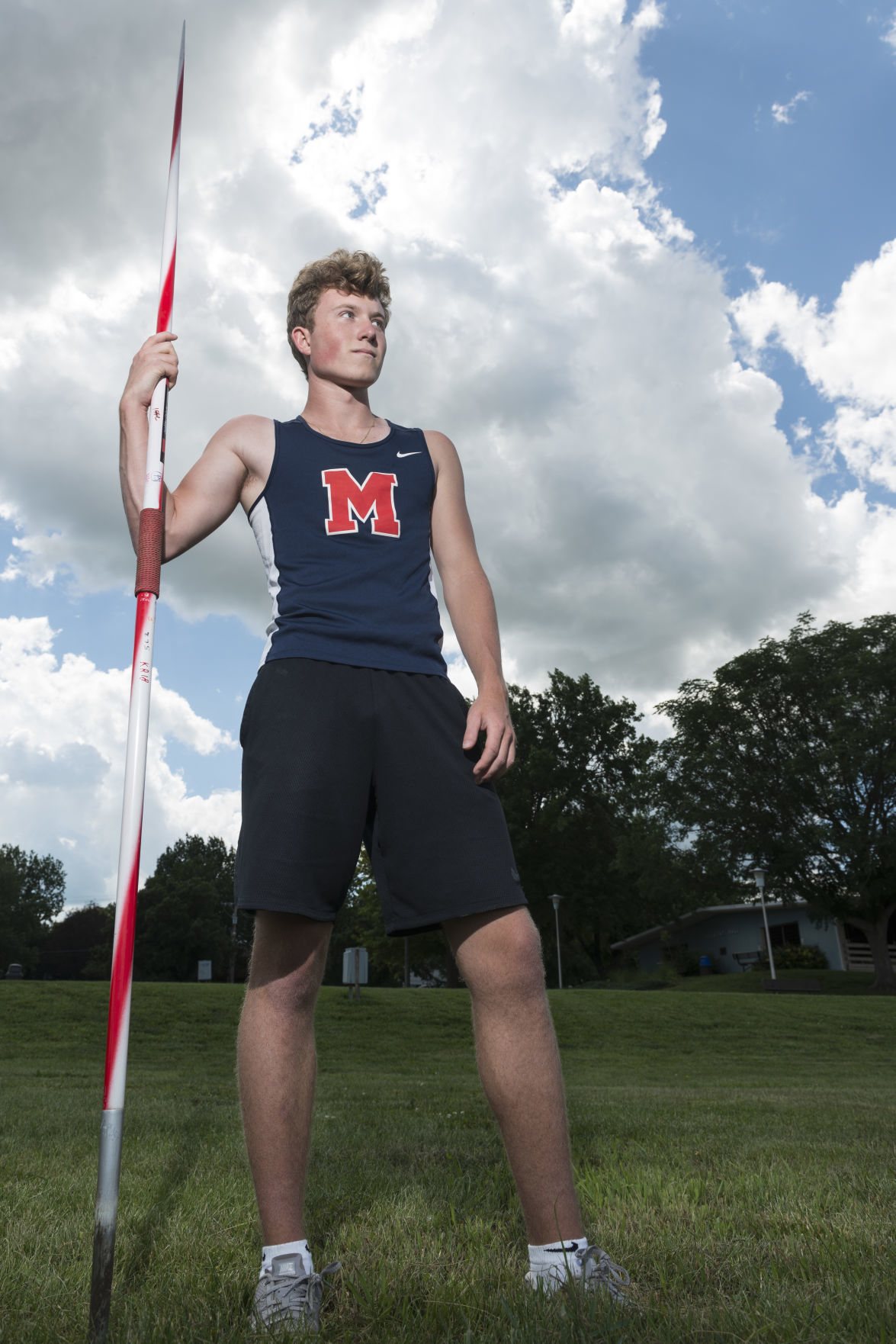 Manhattan junior javelin thrower Sam Hankins didn’t have a single throw under 200 feet as a junior and won the 2019 state title by more than 10 feet. Hankins was named the Gatorade Kansas Boys Track & Field Player of the Year for 2020.

Sam Hankins still managed to win even when the competition was taken away from him.

He was months removed from competing in an actual event when he received the message that four years of efforts were being recognized at the state level, with the possibility of national recognition now on the table. In fact, the past few months have been more about what Hankins has lost than what he has been able to win.

The coronavirus pandemic took away Hankins’ chance to compete in javelin this spring. He was in line to become the first Kansas boys’ high school javelin thrower to win four state championships. Instead, he has spent the past few months training at home, without any scheduled competitions sitting on his calendar.

Yet, before the pandemic swept away the standardized competitions Hankins is used to, he was asked by Manhattan High athletic director Mike Marsh to fill out forms for the Gatorade Kansas Boys Track & Field Player of the Year award.

Months after he filled out the forms, Hankins received a message while he was watching T.V. with his family. It told him he was chosen as the Gatorade Player of the Year, despite not having competed in a single event during the spring.

“It’s a huge honor,” Hankins said. “The award means a lot to me and my family and the people who’ve supported me.”

However, the chance to improve on the marks was removed before his season could start. Instead of throwing for a state title, Hankins was confined to the runway in his backyard, practicing for the day he could one day throw again.

But while the virus took away his opportunity, Hankins hasn’t allowed it to take away his drive. He’s continued to workout and practice with the same intensity he always has, perhaps more so.

Without having to taper off to save energy for events, Hankins has been able to ramp up his training sessions. He’s improved on his previous marks throughout the spring, even though he averaged over 200 feet per throw as a junior.

“I can follow my usual workout routines and get in extra work since there’s not as much to do,” Hankins said. “It’s actually turned out really well this year. I see it almost as a positive.

“There’s not those two to three day periods where you have to let off and compete. I can keep going week in and week out and not worry about having to cool down before a meet. It’s kind of nice.”

The work ethic that has kept Hankins training despite not having an event to train for is the same work ethic that inspired his teammates and coaches throughout his career at Manhattan High.

MHS track and field head coach Kory Cool found out from Hankins at 9 a.m. Monday morning that Hankins won the award. For Cool, the award didn’t seem like a surprise. In fact, Cool would have been “down” had Hankins not won the award.

“Selfishly for Manhattan High and the community and the state, I wish we could have had the season,” Cool said. “As far as for Sam Hankins, his legacy will continue to grow and he’ll continue to get better. Not having a senior year is a bummer for us and him not being able to get four in a row, be the first javelin guy in the state to win four in a row, but he’s got more things to look forward to. Unfortunately for us, it won’t be in a Manhattan uniform.”

“Everything he’s done for the school, the program and the leadership he’s brought, it’s going to be hard to top,” Cool said. “Having that guy around and having people look up to him means the world to us. I’ve said it over and over, but being around people like that, when you’re around an elite athlete, it will make you better.”

As for Hankins himself, the award is just that: an award. While it is something he can be proud of, Hankins says he will not allow it to hold any influence over his future.

What jersey numbers will Wyoming's newcomers wear this season?