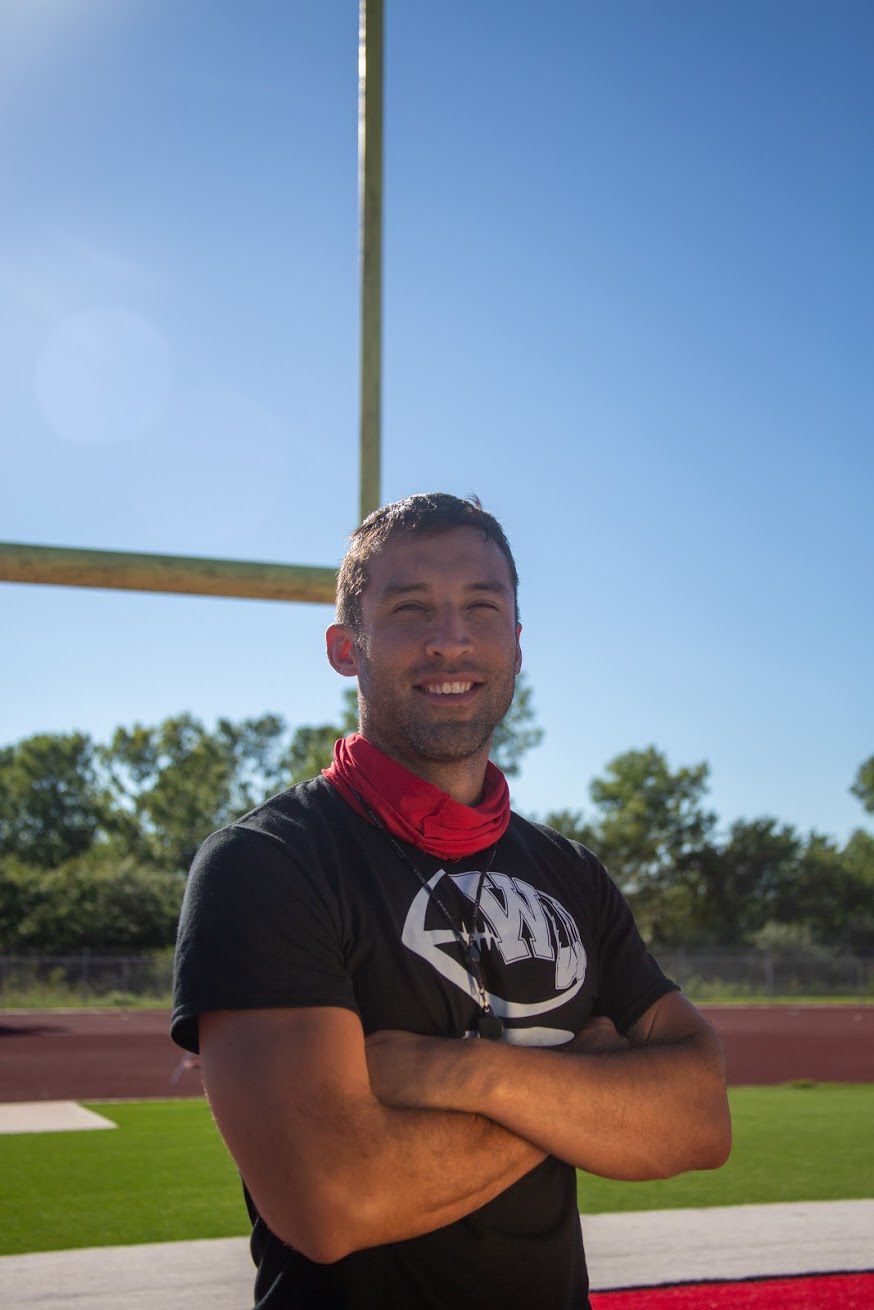 Wamego head football coach Weston Moody stands outside the Wamego Sports Complex on Aug. 17. Moody led the Red Raiders to five wins in his first season in 2018 before putting together a six-win campaign last year. 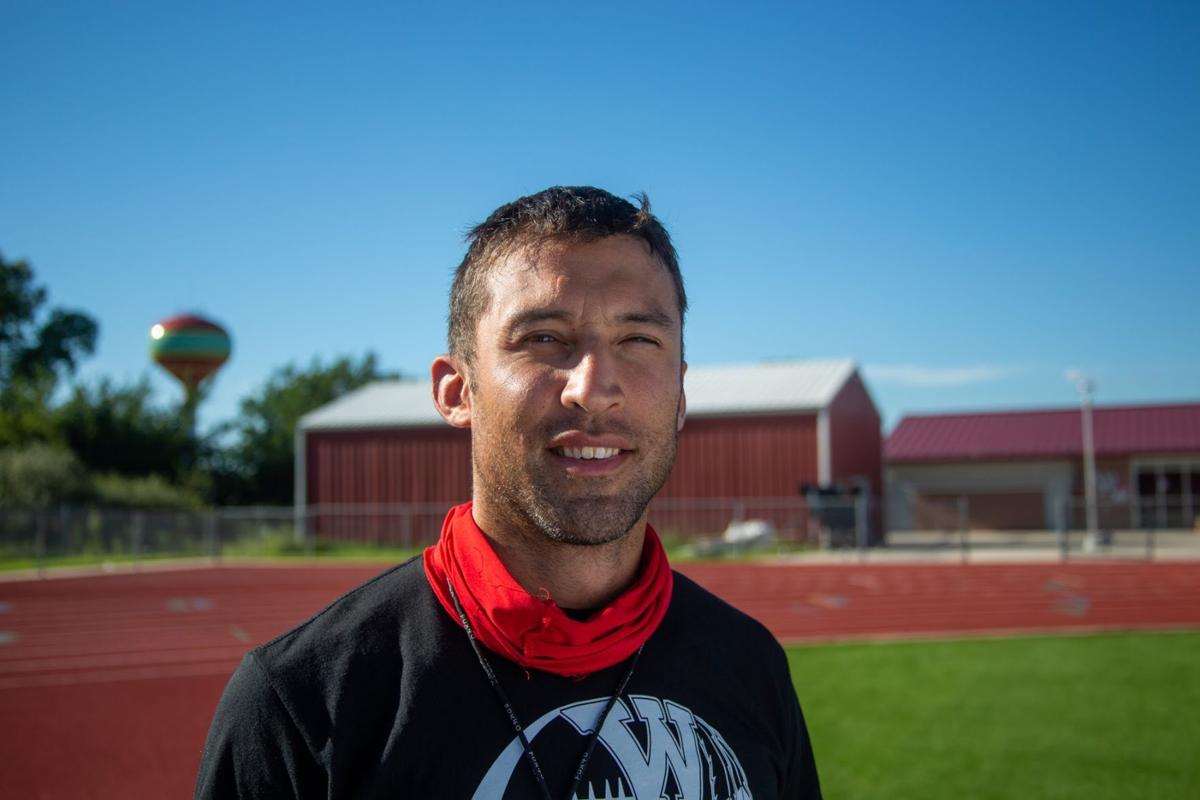 After losing a trio of key contributors from last year’s team, Wamego and head football coach Weston Moody look to avoid taking a step back this fall.

Wamego head football coach Weston Moody stands outside the Wamego Sports Complex on Aug. 17. Moody led the Red Raiders to five wins in his first season in 2018 before putting together a six-win campaign last year.

After losing a trio of key contributors from last year’s team, Wamego and head football coach Weston Moody look to avoid taking a step back this fall.

WAMEGO — Wamego hasn’t been the same since Weston Moody took over in 2018. That’s a good thing for the Red Raiders.

Moody only needed two seasons to get the Red Raiders above that mark, winning six games in 2019. The year before, the team finished with five wins. It was the result of a culture instilled almost as soon as he and his coaching staff walked in the door.

Part of that culture meant using all of the athletes on the team instead of a select few. Instead of putting his best athletes on the field as much as possible at the expense of the team as a whole, Moody decided to focus on using his team’s depth to win games.

“When we first came in here as a program, we decided to go into a platoon system, which means you have one side of the ball offense, one side defense,” Moody said. “That’s because we feel like we can coach some of these kids up and make them players. Our focus is on developing players, not just having our best players play both sides of the ball, because we all know if you get injured, that’s the difference between a great season and a bad season if you’re only developing players to go on both sides of the ball.”

As a result of his new policy, Moody steadily has seen his team’s depth grow. This year, the Red Raiders are expected to suit up more than 80 players.

“I feel like kids come out, even as freshmen, and feel like they have a chance to play some varsity,” Moody said. “The opportunity to play on Friday nights is amplified and I feel like kids talk about that and they believe they can have a spot.”

That theory will be put to the test in 2020, as Moody and his team face entirely new challenges.

For starters, Wamego now will be competing as a Class 4A team instead of a 3A program. Despite having a larger roster than past seasons, Moody still expects his team to be one of the smaller ones in the class.

Then there’s the fact that the Red Raiders lost three of its key offensive playmakers to graduation in running back Isiah Childs, quarterback/wide receiver Brad Sackrider and wide receiver Taybor Vetter.

“It’s hard to replace those guys any way you look at it,” Moody said. “We have some young talent coming up that I’m really excited about, partly because they’re so coachable.”

Moody now is looking to fill that production with youth, starting with sophomore quarterback Hayden Oviatt, who earned playing time for the Red Raiders as a freshman.

“I knew watching him as a backup quarterback, he would be a guy for us,” Moody said. “Having some of those young guys come up is actually refreshing because they get to develop and progress throughout the season.”

However, while Wamego’s skill positions will be working with new faces, the team’s trenches mostly are spoken for.

The offensive line starts with behemoth tackle Titus Tuiasosopo. After an all-state honorable mention performance as a junior, Tuiasosopo has started garnering interest from community colleges like Butler Community College.

Moody believes Tuiasosopo only will continue to improve because of the competition he faces in practice. Each day, he goes toe to toe with senior defensive lineman Alex Stutzman. While Stutzman doesn’t have the prototypical height of a star defensive lineman — he stands 5-foot-10 — he makes up for it with strength. The 270-pounder recently squatted more than 500 pounds during a team workout.

“There’s not much of a difference between him and Titus,” Moody said. “Alex has been a three-year starter for us. Those guys go head-to-head against each other every day in practice and make each other better. I feel like in the trenches, we’ve never been more experienced since I got here.”

With the confidence that his team will be able to control the line of scrimmage, Moody is ready to continue leading his team forward.

“All of our kids are enthusiastic, showing up, the attendance is as high as it’s ever been,” Moody said. “Now, whether that’s because they didn’t do anything in the spring or we’re moving the right direction, I’d like to think they’d have done it either way. I feel really confident in the being of our program right now.”

OL Donovan Laie, a two-year starter and pro prospect, to transfer from Arizona