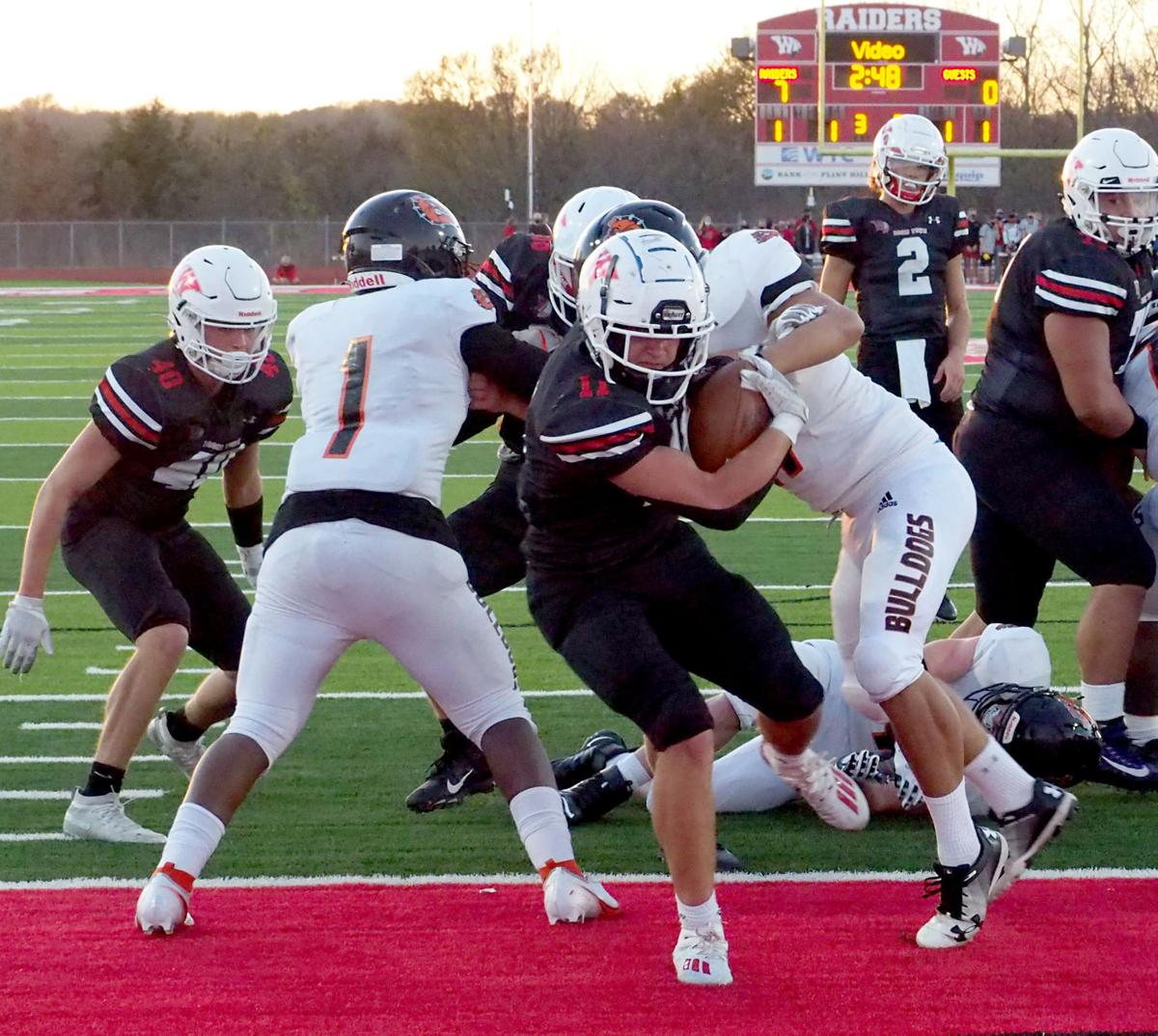 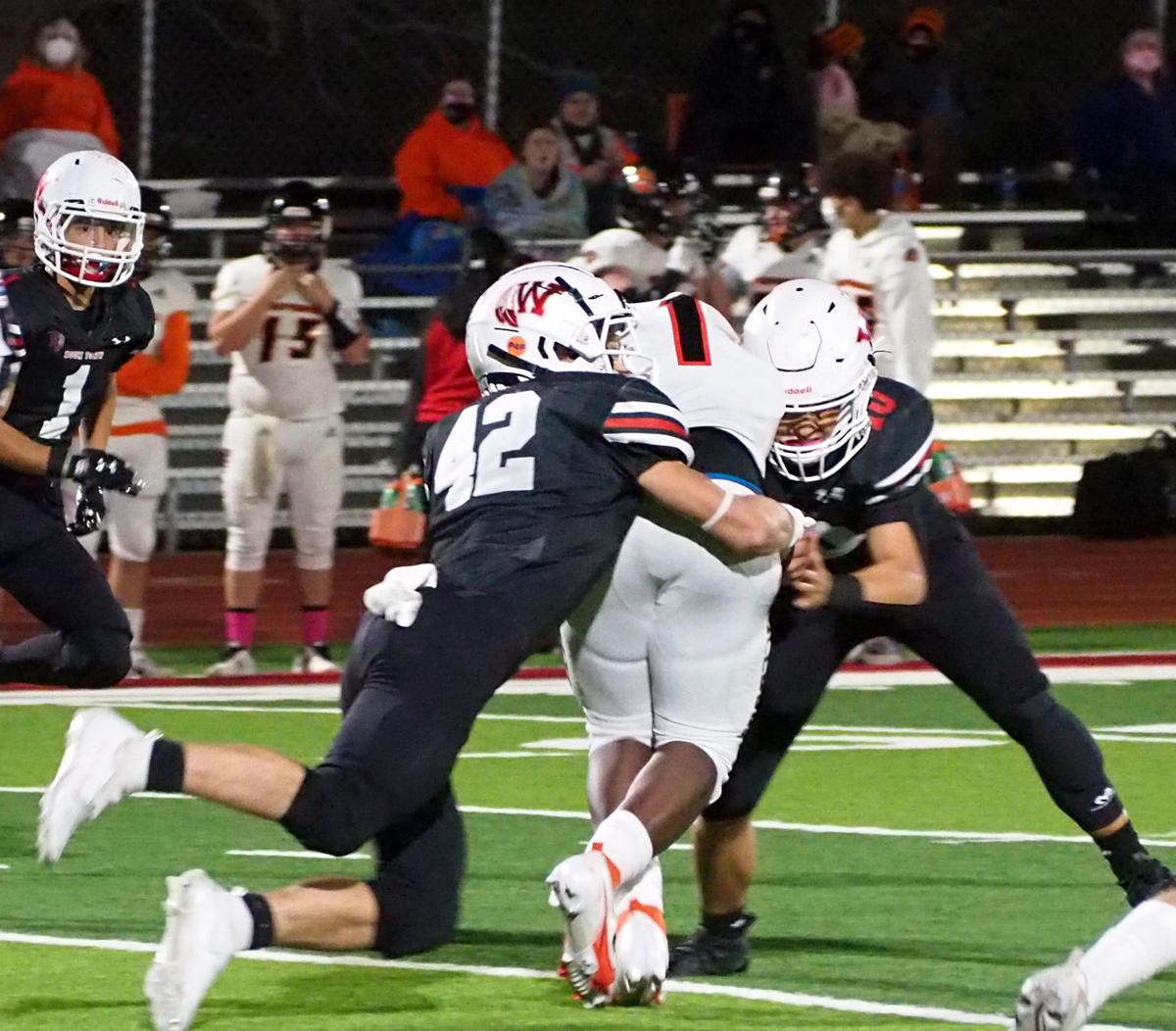 Wamego romped to a 49-21 win over Independence in the first round of the Class 4A playoffs.

The Red Raiders were facing a familiar foe on the opposite sideline: Bulldog head coach John Black once held the same position at Wamego earlier this century.

Wamego went on an early scoring tear, as quarterback Hayden Oviatt crossed the goal line on a 38-yard scamper for a six-point lead with barely two minutes off the clock. Noah Ficke tapped in his point-after touchdown, the first of seven for his perfect night.

The Bulldogs’ offense didn’t stay on the field long, as Isaak Meyer recovered a fumble on the third play, giving the ball back to Wamego (5-4). The Raiders marched down the field to the Independence 1-yard line, and Ryan Erickson slipped the ball in. Ficke’s kick moved the score to 14-0.

Wamego’s defense forced a punt after a three-and-out. On the second snap of the subsequent possession, Oviatt handed the ball to Hagan Johnson for a 36-yard score. Ficke moved the score to 21-0 with 13 seconds on the clock.

Independence (1-4) got on the scoreboard in the second period to close the gap to 21-7. The visitors then forced a Wamego punt. However, Erickson picked off a Bulldog pass. Although his run into the end zone was called back on a penalty, Oviatt connected with Colyer Brummett on a 27-yard scoring strike on the next play. Ficke’s PAT extended Wamego’s lead to 28-7.

Wamego added one more score before the half ended: a 9-yard Oviatt-to-Colin-Donahue pass. After Ficke’s extra point, Wamego recovered its own onside kick and spiked the ball before heading into the locker room with a 35-7 lead.

Independence cut that lead by seven when it scored midway through the third period, but Wamego quickly responded with a 6-yard run from Johnson for another TD. Ficke’s kick brought the score to 42-14 in the hosts’ favor. The Raiders added one more at the end of the period, when Jace Hodges lit up the field with an 82-yard touchdown run. Ficke’s kick made him 7-for-7 on the night and Wamego ended the third with a 49-14 advantage.

Independence scored one more time in the fourth to make the final score 49-21.

The win sets up a second-round playoff matchup against El Dorado, which blitzed Winfield 46-15 on Friday. The Wildcats will host the Raiders next Friday.

El Dorado is 5-2 this season, but one of its setbacks came against Independence, 25-20, in both team’s opener Sept. 4.