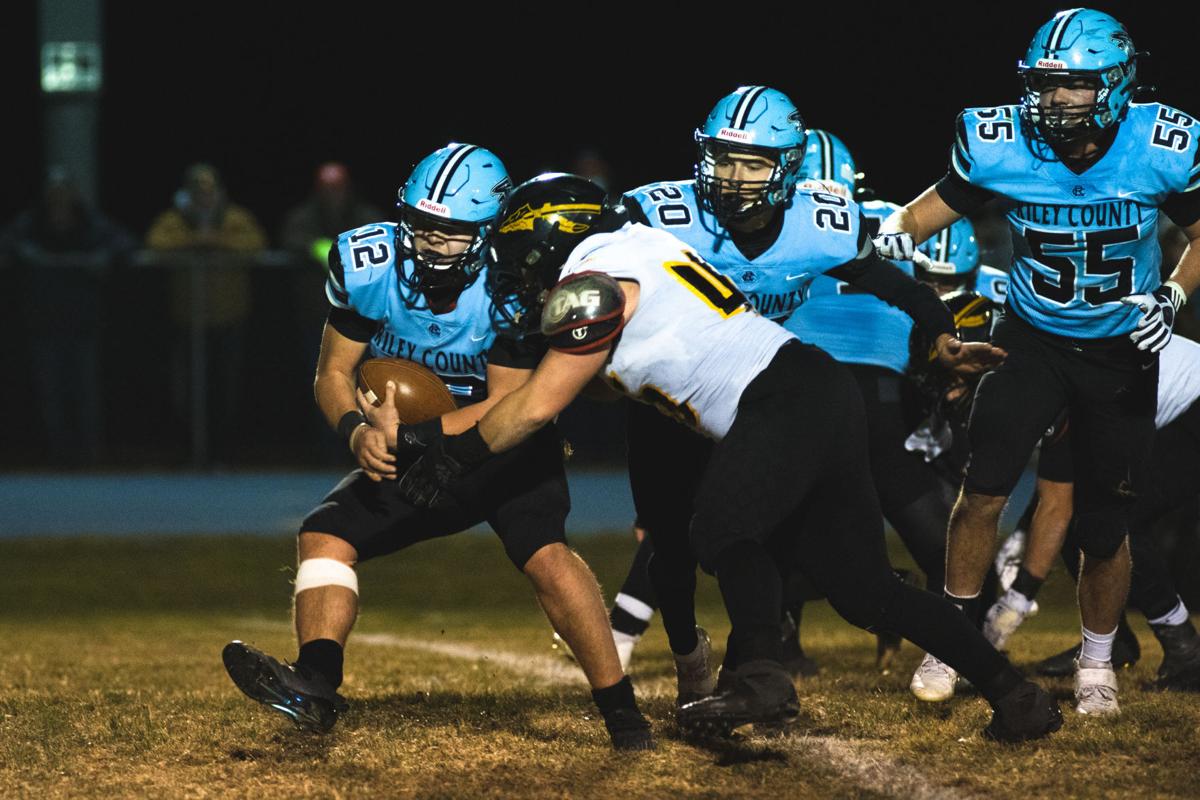 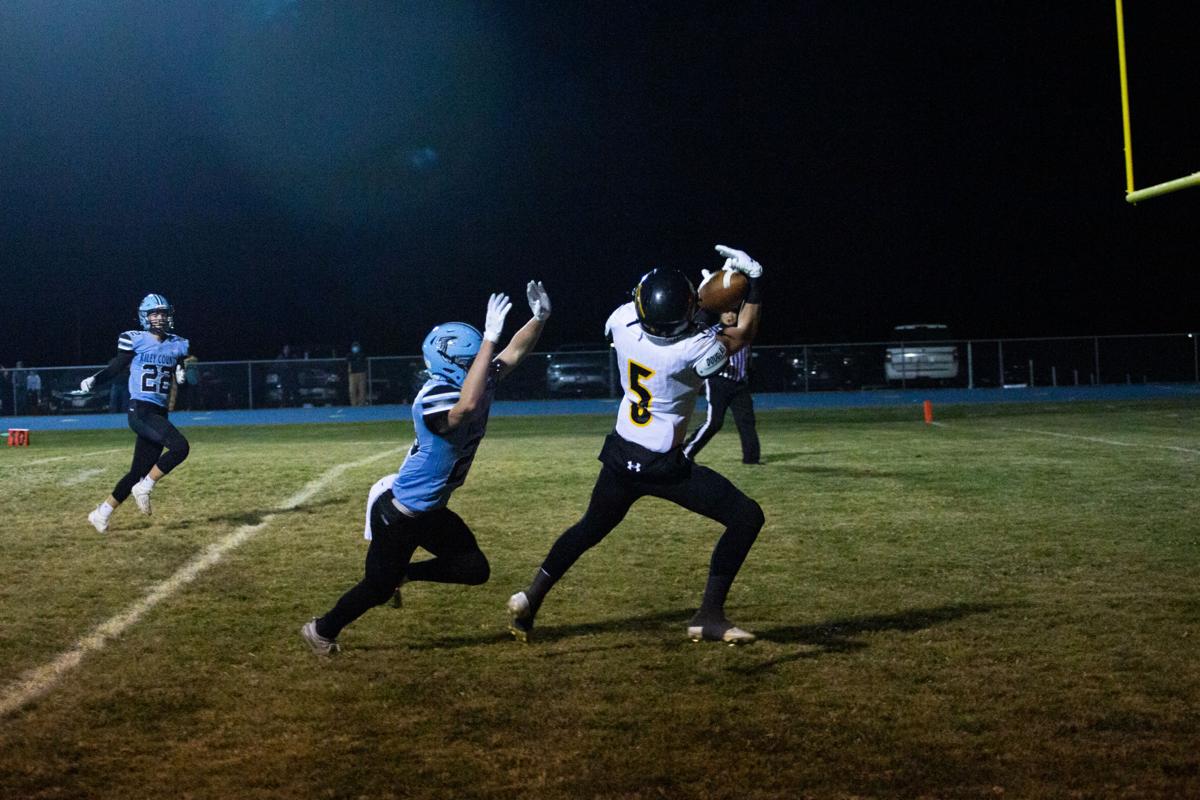 RILEY — Advancing to the state semifinals always was going to be a tall task for Riley County, as the Falcons hosted No. 1 Andale Friday night in the Class 3A sectional round.

The bar Riley County needed to clear proved to be too high.

Andale entered the season as the reigning state champion. The Indians (10-0) marched through the season with ease and own a 23-game winning streak following their rout Friday night.

Andale punched the Falcons in the mouth almost as soon as the game started, embarking on a 70-yard drive that ended with a 9-yard run from running back Noah Meyer. Andale didn’t throw a single pass on the drive.

Riley County’s problems only compounded when quarterback Conner Holle threw an interception on the Falcons’ first offensive play. The ball was returned to the Riley County 15-yard line.

Before long, Andale had its second score on a short quarterback sneak from Wyatt Spexarth. With less than five minutes off the clock, the Indians already led 14-0.

Riley County allowed one more score late in the quarter on a trick play in which Meyer took a pitch and then passed the ball to tight end Alec Koehler for a 24-yard touchdown to put Andale up 22-0. At the time, it appeared the game would turn ugly before the halftime whistle blew.

However, Riley County forced an Andale fumble on its own 10-yard line to prevent another score early in the second quarter. Then, after having run just seven offensive plays in the first quarter, the Falcons rattled off eight plays to reach Andale’s 22-yard line.

The ninth play proved to be too much, though, as Holle fumbled on a quarterback counter to return the ball to Andale at its own 18-yard line.

“A lot of times, a turnover or a penalty decide the game. That didn’t decide this game,” Wagner said. “They were the better team. Their defense is so good in so many aspects.”

It was the closest Riley County came to scoring on the night, as the Andale defense swallowed up almost anything Riley County threw at it. Entering Friday averaging 166 rushing yards per game, Falcons’ running back Nic Allen finished with just 70 rushing yards on 19 carries.

The Riley County defense contained Andale better in the second quarter, allowing the Indians to score just one touchdown. However, Andale’s ground-and-pound attack took its toll on the Falcons as the game wore on.

By the second half, the Andale offensive line was having its way with the Riley County defense.

The team opened up hole after hole, with the Indians gashing the Falcons for touchdown runs of 33 and 47 yards in the third quarter alone.

In total, Andale rushed for 429 yards on the night. Running back Eli Rowland led the team with 212 rushing yards and two touchdowns, while Meyer ran for 176 yards and two scores.

“Offensively, they get up there, get set and keep coming at you,” Wagner said. “They don’t turn the ball over and keep churning out first downs and then eventually they break one.”

The season caps a year that saw Riley County jump up from Class 2A to 3A in the middle of the coronavirus pandemic. Despite the way the season ended, Wagner is proud of the way his team adjusted to the uncertainty and elevated play throughout the year.

“Once we get over the initial disappointment of losing this game, (we’ll realize) we to probably the best team in the state, more than likely. ... That’s football. You’re going to face adversity and we’re proud of our guys the way they hung in there. They got off to such a quick start, it would have been easy to lay down and it could have got ugly.”