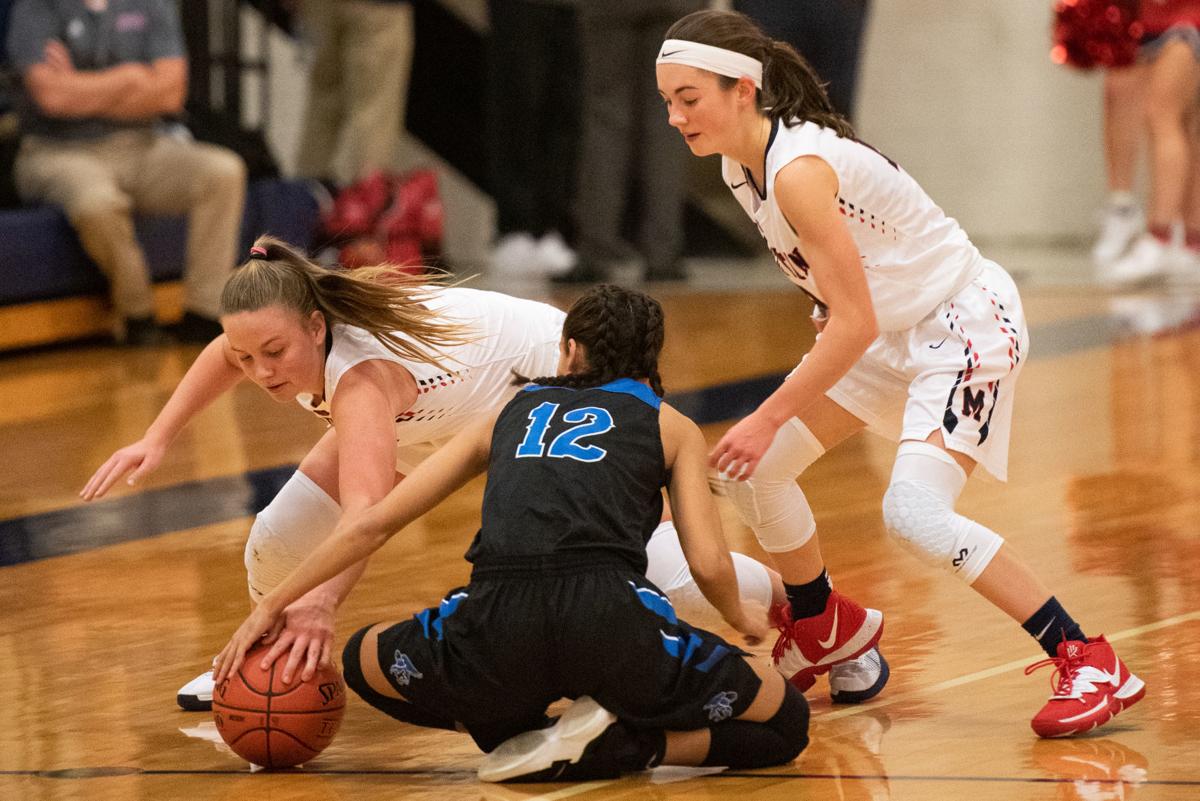 Manhattan’s Aloera Ostermann (left) and Amelia Knopp (right) dives for the ball after Junction City’s Jayda Harris stole it away. The Indians won 51-17 on Tuesday. 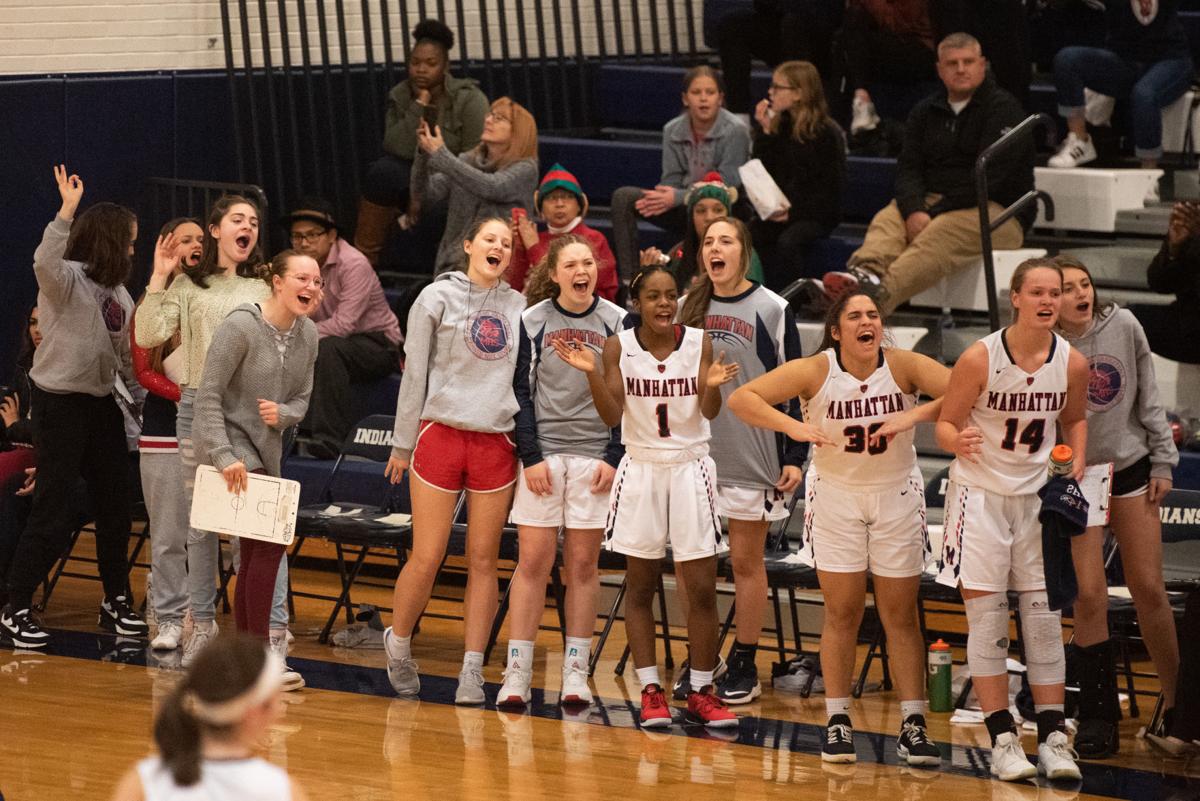 The Manhattan varsity girls bench celebrates after Aloera Ostermann knocked down a 3-pointer Tuesday. The girls cruised to a 51-17 win.

Manhattan’s Aloera Ostermann (left) and Amelia Knopp (right) dives for the ball after Junction City’s Jayda Harris stole it away. The Indians won 51-17 on Tuesday.

The Manhattan varsity girls bench celebrates after Aloera Ostermann knocked down a 3-pointer Tuesday. The girls cruised to a 51-17 win.

Scott Mall’s message to his Manhattan High girls basketball team before it hosted Junction City Tuesday night was quite simple.

He wanted pure energy from his team. Working hard, hustling, making the tough plays. That happened and then some as the Indians crushed the Blue Jays 51-17.

“We talked about coming out, and no matter what happened, playing with good energy on both ends,” Mall said. “I thought that was the best we’ve done at that this year. We stayed up, we stayed aggressive, we stayed positive on both ends of the floor. I thought that was a big key for us. And they score a lot of points off offensive rebounds, so we really stressed that. I thought our girls did a really good job of working hard to keep them off the boards.”

Manhattan jumped out to a 16-6 lead in the first quarter, a near-mirror image of the Indians’ 58-28 loss at Seaman last Friday. But Mall’s team was on the wrong end of that run.

He had some things he wanted to clean some things up. Manhattan played rushed against Seaman, turning the ball over and overcompensating on defense.

“The girls really responded,” Mall said. “We worked on a lot of things Monday in practice, just basic things we need to get better at. They did a great job of working hard on those on. Moving on, we just need to keep doing that, keep moving forward, moving forward into our next game.”

The next game is at Hayden on at 6:15 p.m. Friday. The Indians will need the same defensive effort it exerted on Tuesday.

The Indians were the team forcing turnovers this time. Junction City struggled to even find a shot in its 17-turnover performance. The Blue Jays only took two field goals in the second quarter and scored four total points to Manhattan’s 16. Six of the team’s turnovers came in the second, too.

“I thought we worked hard on defense,” Mall said. “The girls got in good spots. We tried to adjust to what their girls like to do and make it hard for them. They like to penetrate and make some things happen, so we tried to do a good job of stopping that.”

Aside from shooting 33% in a fourth quarter that mostly involved running out clock and stalling with a massive lead, the Indians were startlingly efficient from the field. They shot 20-of-34 on the game, including back-to-back quarter in the second and third shooting 64%.

Zanaa Cordis was a force in the paint on both ends. She scored 13 points without missing a field goal and picked up two blocks.

Aloera Ostermann was an issue for the Junction City defense on the perimeter. She made two 3-pointers in the second quarter when the Blue Jays helped out inside on Cordis.

While the final score was pleasing for the Indians, how the game was anything but.

Manhattan junior Maddy Kuntz went down with a knee injury with less than a minute left in the game. The situation was serious as the EMTs were called to get her safely out of the building.

“It was tough,” Mall said. “It brings you down when you have Maddy — of course they’re all good kids, but Maddy is such a good kid, to see her hurt like that brings you down a little bit. We kind of had to tell the players, ‘Yeah, that’s a bad deal, but we still have to think about what good things we did during the ballgame.’ But that did end it on a bad deal.”

Kuntz’s knee cap was out of place, but Mall said “it’s not a surgical thing. I think they got it back to the way it’s supposed to be. Now, it’s just a matter of her healing.”

2020 Bears vision: If not No. 1, OL clearly among top three offseason needs

Free woes: Despite record foul line streak, Tigers' offense not there when they need it most