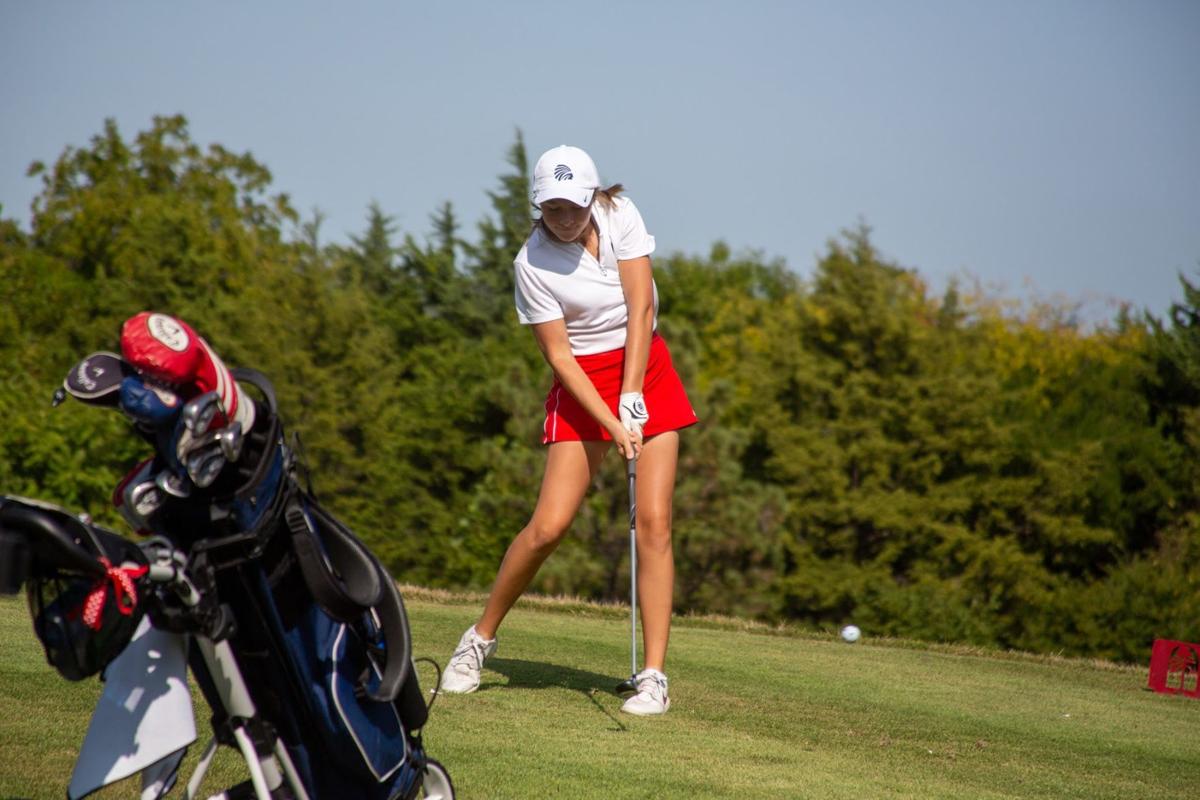 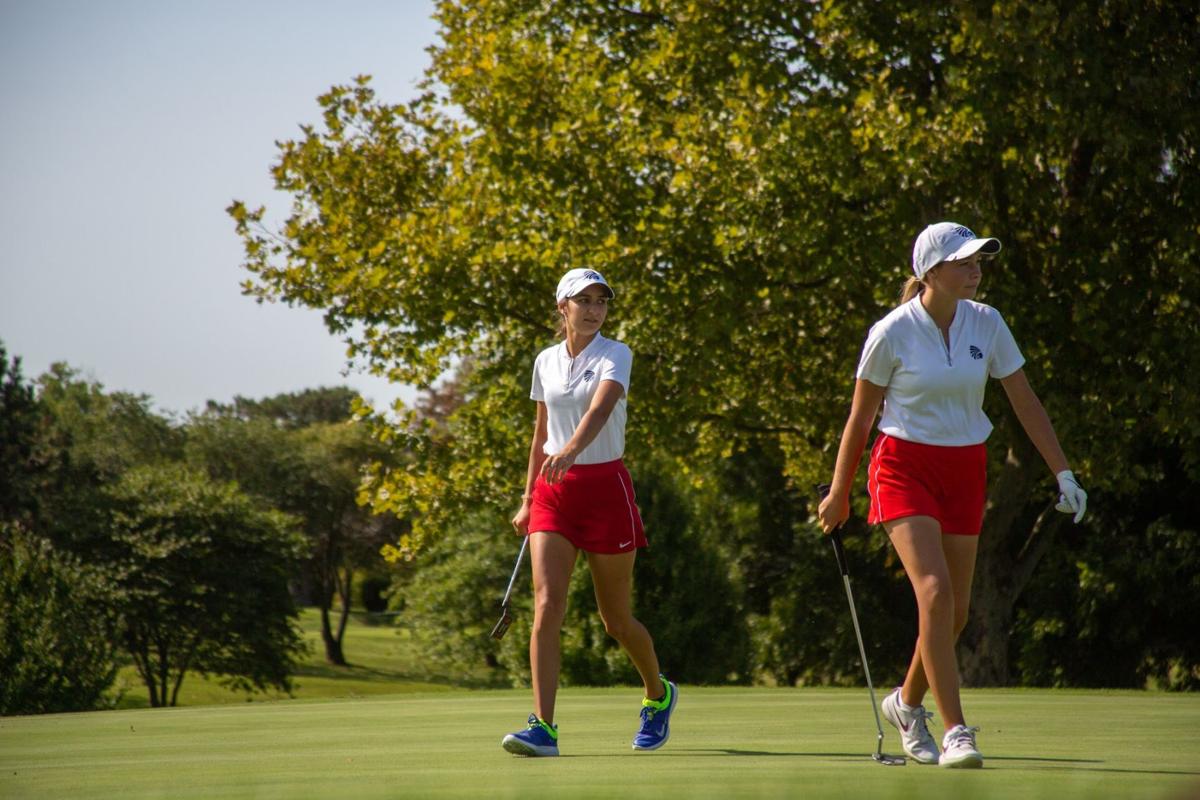 Manhattan’s Andi Siebert (left) and Rhys Phipps walk off a green after putting during the team’s dual with Washburn Rural Monday at Manhattan Country Club.

Manhattan’s Andi Siebert (left) and Rhys Phipps walk off a green after putting during the team’s dual with Washburn Rural Monday at Manhattan Country Club.

When Manhattan High girls’ golf head coach Paige McCarthy looked down at the scores her team posted in its dual with Washburn Rural, all she could do was shake her head.

Despite playing at the familiar setting of Manhattan Country Club, the Indians posted their worst score of the season. Manhattan shot a combined 375, while Washburn Rural won the dual with a 348.

With the greens on the front nine holes being aerated, the teams played the back nine holes twice. The closing half of the course plays short, with the par set at 34.

As a result, McCarthy was hoping to see some low scores from her team. Given the conditions — sunshine and minimal wind — her wants appeared possible.

Yet the Indians only had one player of the six competing score in the 80s. The remainder scored in the 90-to-100 range.

Washburn Rural was much more consistent. While the Junior Blues didn’t have any players score in the 70s, five of their six players stayed below 91.

While Manhattan has practiced at Manhattan Country Club, the Indians didn’t have the full advantage of playing their home track.

The team typically practices on the front nine holes. McCarthy says the team only has played the back nine once, leaving a certain level of unfamiliarity lingering in the players’ minds.

“You never have a level lie,” McCarthy said. “It’s a lot of downhill or uphill lies. You have to play the slope and there’s so many trees, it makes you tentative and not believe in your swing and shot. It plays head games.”

The lone Manhattan player who seemed to manage the course’s tricks was Rhys Phipps. The senior carded an 85 to finish second in the individual portion of the tournament.

Phipps capitalized on the course’s layout, which tends to utilize dogleg lefts on the back half. She was able to sling draws down the fairway, limiting challenging approach shots for the majority of her round.

“I just kept (the direction) in mind with every shot,” Phipps said. “With my drives, I’d always aim for the right of the fairway in case it flowed down. On the greens, I’d aim for the right. Just keeping course management in mind.”

Phipps was part of the top group, which consisted of both teams’ No. 1 and 2 golfers. Andi Siebert was the other Manhattan player in the group.

It was a notable pairing, as high school golf tournaments tend to allow only one player from each team to be in a given group. Because the round was contested by only two teams, the players were given the rare opportunity to play directly alongside a teammate.

For Phipps, that meant an added person to bounce ideas for shots off of as she and Siebert navigated the course together.

“It was nice to have the support,” Phipps said. “When I’d get frustrated, we’d joke around and calm down.”

While Phipps’ performance stood out, McCarthy is hoping bring the rest of the team’s scores into a more competitive range. The Indians will return to the links Monday at the Salina South Invitational.

“We have great senior leadership and good senior players,” McCarthy said. “They just need to believe in themselves. A couple have realized what they can do and their hard work is paying off. There’s some others that we really just need to go back to basics on the swing and not make things too technical.”