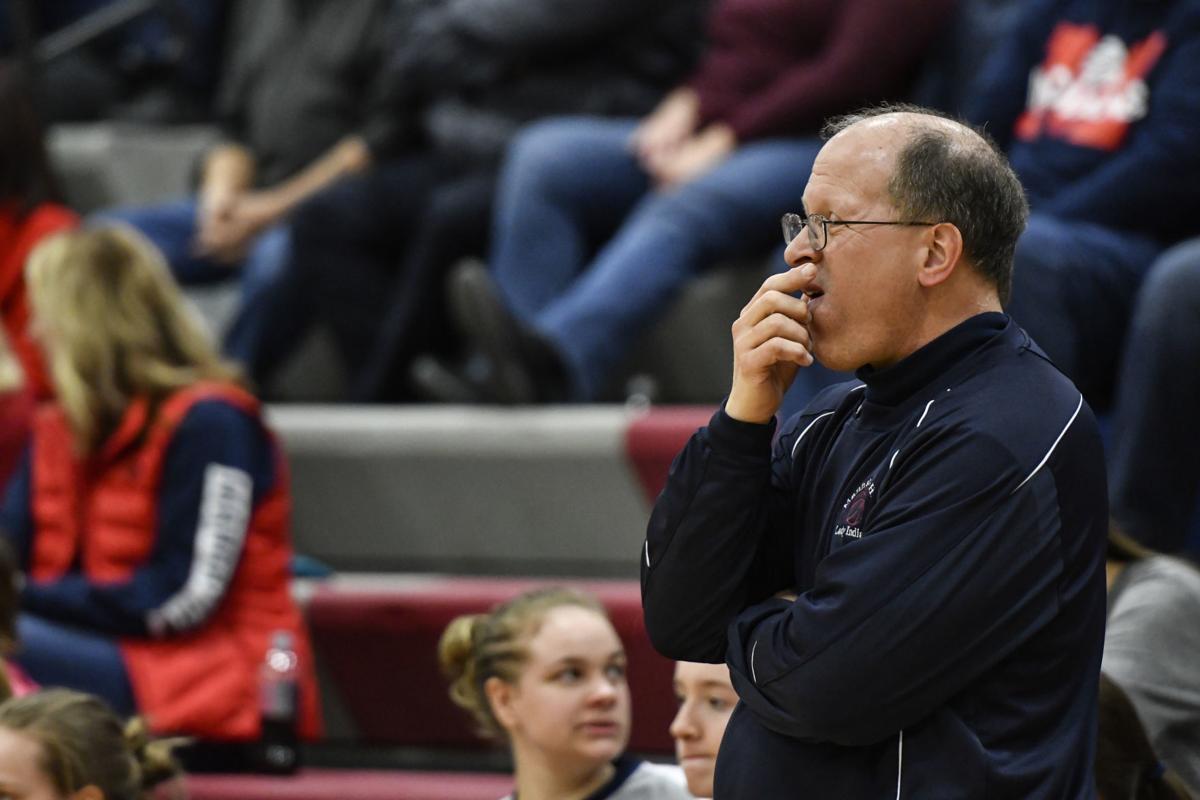 Manhattan ladies basketball coach Scott Mall watches on during the Centennial League game at Seaman High School in February. Mall has four seniors on his team for the 2019-20 season. 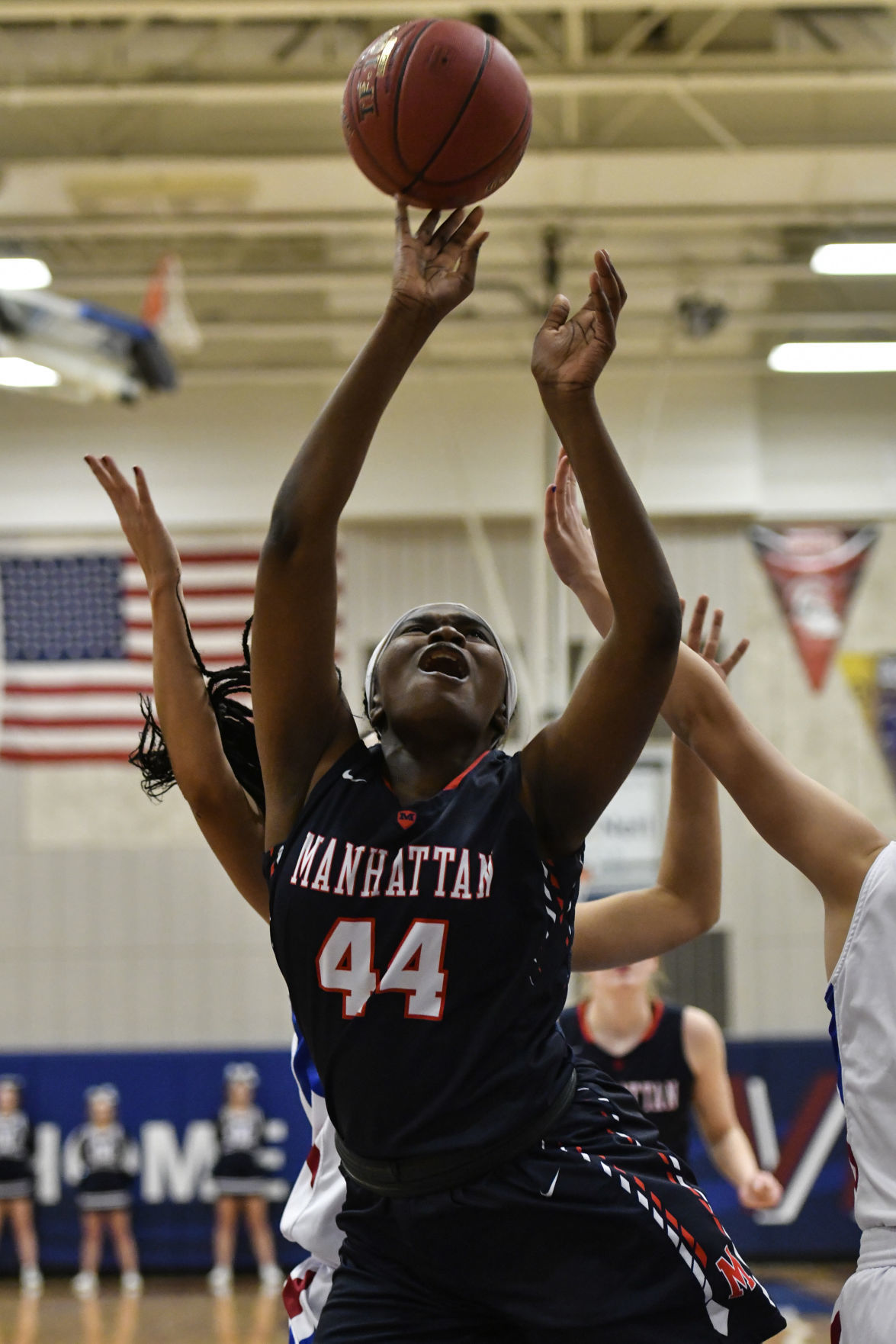 Manhattan ladies basketball coach Scott Mall watches on during the Centennial League game at Seaman High School in February. Mall has four seniors on his team for the 2019-20 season.

Scott Mall doesn’t have much time to figure out what kind of squad he has with the Manhattan High girls basketball team this season.

Granted, every school that is participating in the Hays Shootout this weekend only got about two weeks of significant practice, but the Indians, who play Great Bend at 6:30 p.m. Thursday, will have to figure out who they are.

A lot of experience graduated from Manhattan in 2018, and now Mall has four seniors in Aloera Ostermann, Zanaa Cordis, Gaby Martinez and Emily Ostermann. The team will lean on them.

“The good thing is you find out a lot about your team with this tournament,” Mall said. “We also stay overnight there, so it’s a good bonding experience when the girls get together and it helps them be on the same page. The only bad thing is you already use up three of your games in a hurry, especially like this where we have graduated a lot of experience this year. It’s good that we get our feet wet, but also it takes us a bit to figure out what our strengths are and be able to play to them.”

Mostly, Mall still is unsure of the identity of his defense. But he’s got some pieces to work with. Cordis stands at 6-foot-3 and has improved her game from last season, particularly her ability to score around the basket.

Mall plans to match her with junior Taylor Claussen, who is a talented passer and shooter.

“If we can get some shots, we have some girls who are good shooters, too,” Mall said. “A lot of it is a matter of getting to those open spots, though.”

Aloera was the first girl Mall talked about when it came to leadership. She has plenty of varsity experience. Martinez transferred into Manhattan last year, so she had to sit for a bit until she was able to get involved, but she’s an aggressive guard who can ignite the offense, Mall said.

Emily has dealt with injuries for a while, but her shooting ability is a strength for Mall and his team.

“A lot of it is how soon you can get settled into what you are doing and figure things out,” Mall said. “Even the Great Bend team we play right off, they have a lot of returning experience so they have a bit of a head start. I know Aquinas is in our half of the bracket, too.”

“It helps,” Mall said. “The girls get used to being successful, and it helps them figure out what it takes but also to have that confidence. At the same time, every year you have to prove it all over again, because they are different. Especially in a year like this one.”

Last season was tougher for Manhattan. The team lost seven games, but Mall said that number looks worse (by its own standards) than it was. Five of the losses were to Topeka High and Washburn Rural, the top two teams in the Centennial League. Rural went on to capture the state title. The league is stout and the tournament likely will be challenging, but Mall likes that. The team is forced to find its brand of basketball quickly.

“We’ve had a lot of success lately,” Mall said. “We have a tendency to be at the top.”

Free Agency 2020: Position-by-position look ahead of what could be an NFL offseason for the ages