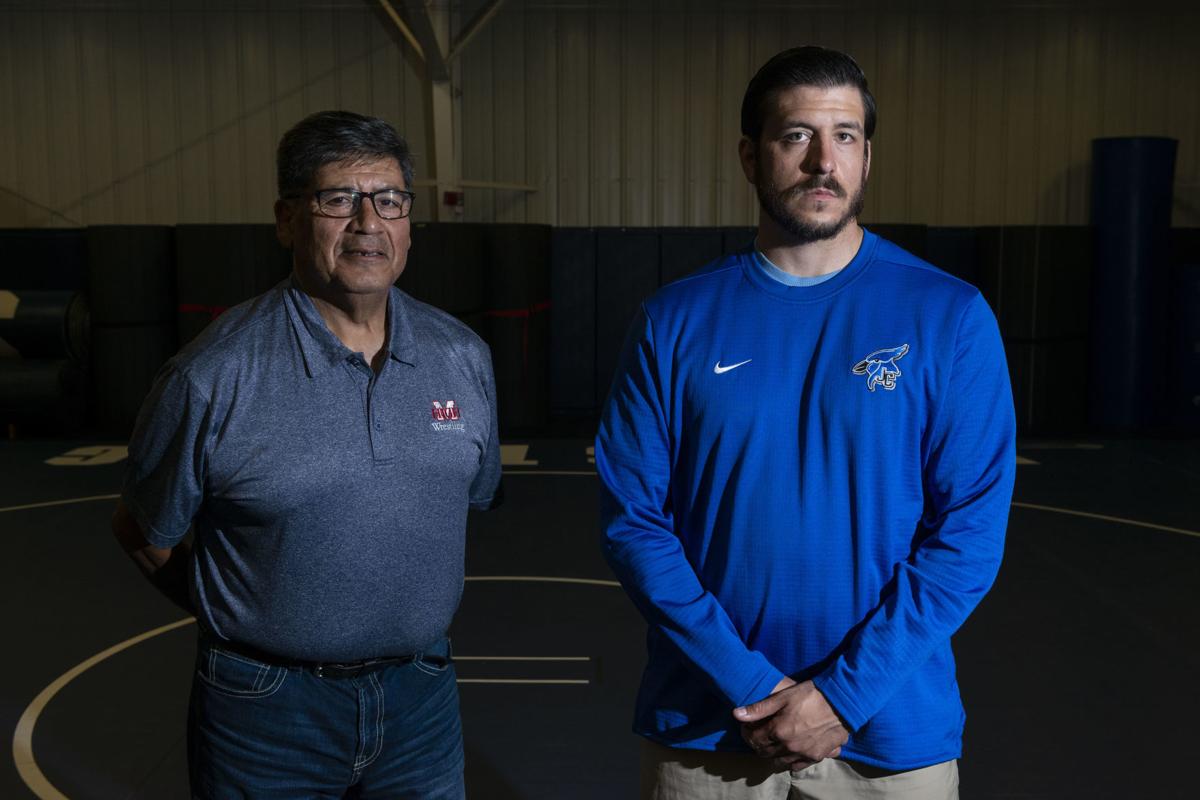 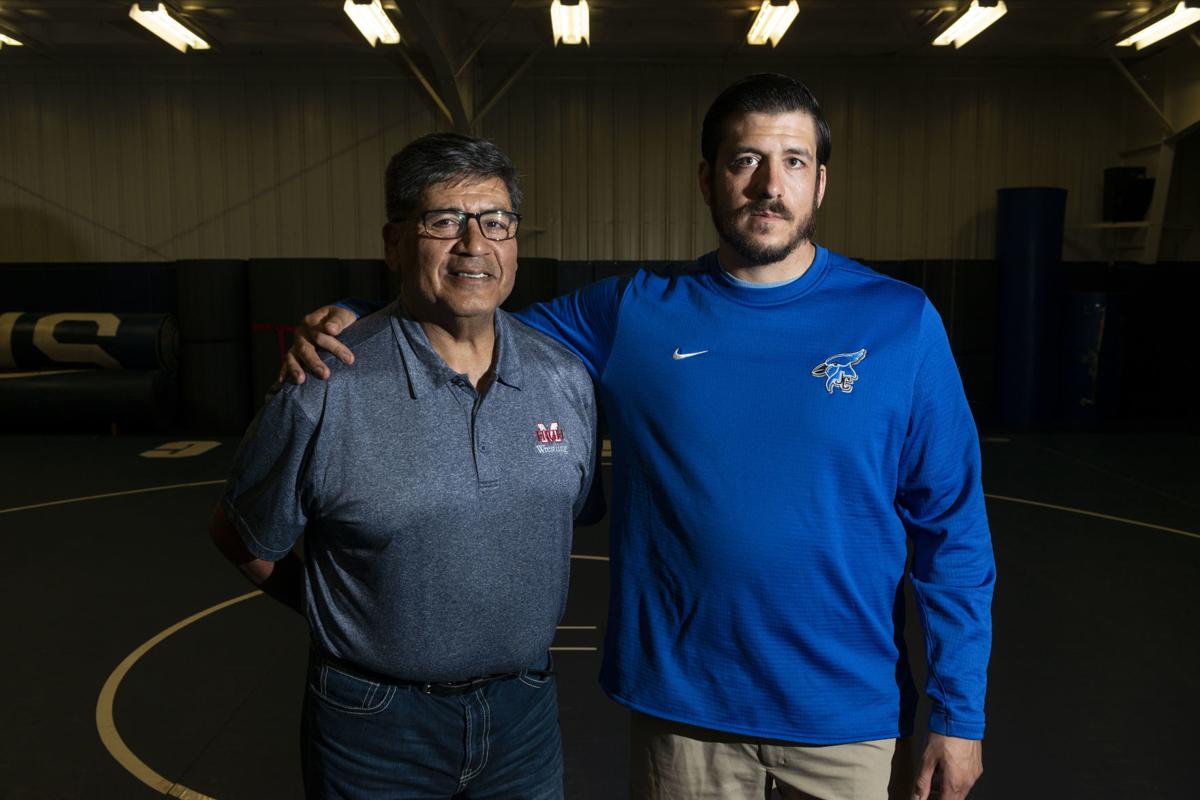 Over the wrestling offseason, Manhattan High coach Robert Gonzales received a call from his son, Tyler.

When the call came in, Robert was — in his own words — “a little taken aback.”

Months prior, Tyler Gonzales had taken over the head coaching position with the Junction City wrestling program, and he told Robert that he wanted to schedule the Indians this season.

Robert could hardly believe it.

“I was like, ‘Seriously? Do you not know we’re pretty good?’” Gonzales said. “I’m not trying to beat my chest here, but I wanted to tell him — ‘We’re pretty good. Maybe you haven’t followed us. Maybe Mom hasn’t told you that we have a good team,’ or something of that nature.”

Eventually, though, Robert gave in. He gave Tyler the green light, and school officials set things up.

That matchup will come to fruition at 7 p.m. Thursday night, when Manhattan travels to Junction City for a road dual.

There’s a lot of backstory here.

Tyler, on the other hand, is in his first year as a head coach. He previously spent time as an assistant coach at Discovery Canyon High School in Colorado Springs, Colorado.

Still, the younger Gonzales — hired at Junction City last April — has put together a nice resume.

At Fort Hays State, he was named a two-time Academic All-American, and he was a three-time national qualifier. He’s also worked with USA Wrestling as an events coordinator.

Plus the closeness between father and son only adds to Thursday’s intrigue.

“Holiday time, it was a little bit of amusement for everybody,” Robert Gonzales said. “It’s like, ‘So, is the old coach going to retire if you lose? What happens? Who gets bragging rights?’

“I was probably giving him some locker-room fodder at the holidays. I’m sure he was probably making mental notes. Probably has it up in his locker room, if I were to go over there — ‘My dad says you guys aren’t very good. They’re going to run over us.’ So I probably need to stop doing that.”

Still, there is a serious tone to this matchup. Manhattan may be favored, and Junction City has endured what Gonzales called “a difficult time” the last few years, but he knows his group won’t cruise.

The Indians, 9-6 on the year and ranked No. 8 in Class 6A by the Kansas Wrestling Coaches Association, will need to get out to a fast start.

Sophomore Easton Taylor, a spotless 20-0 in the 120-pound weight class, will help. So will junior Damian Ilalio, who is 11-1, and senior Tate Sauder, who has posted a 16-4 record thus far.

Still, that hardly guarantees a win.

At least according to the elder Gonzales.

As for facing his son, though?

Gonzales knows the stakes. Lots of family will be in attendance.

But he’s also taking a businesslike approach into Thursday’s contest. The Indians, after all, start a tournament in Newton on Friday.

“In all respect to my wife, and my daughters that are coming,” Gonzales said, “and Tyler’s aunts and uncles and their siblings — yeah, they’re all there to cheer Tyler on, first-year head coach. They’ll probably be sitting in the Junction section. ‘OK, that’s fine.’

“They all want to do family pictures at the end of the event. I’m like, ‘I’ve got time for about a five-minute photo op.’ I’ve got to get our guys on that bus. We’ve got to get down to Wichita.”