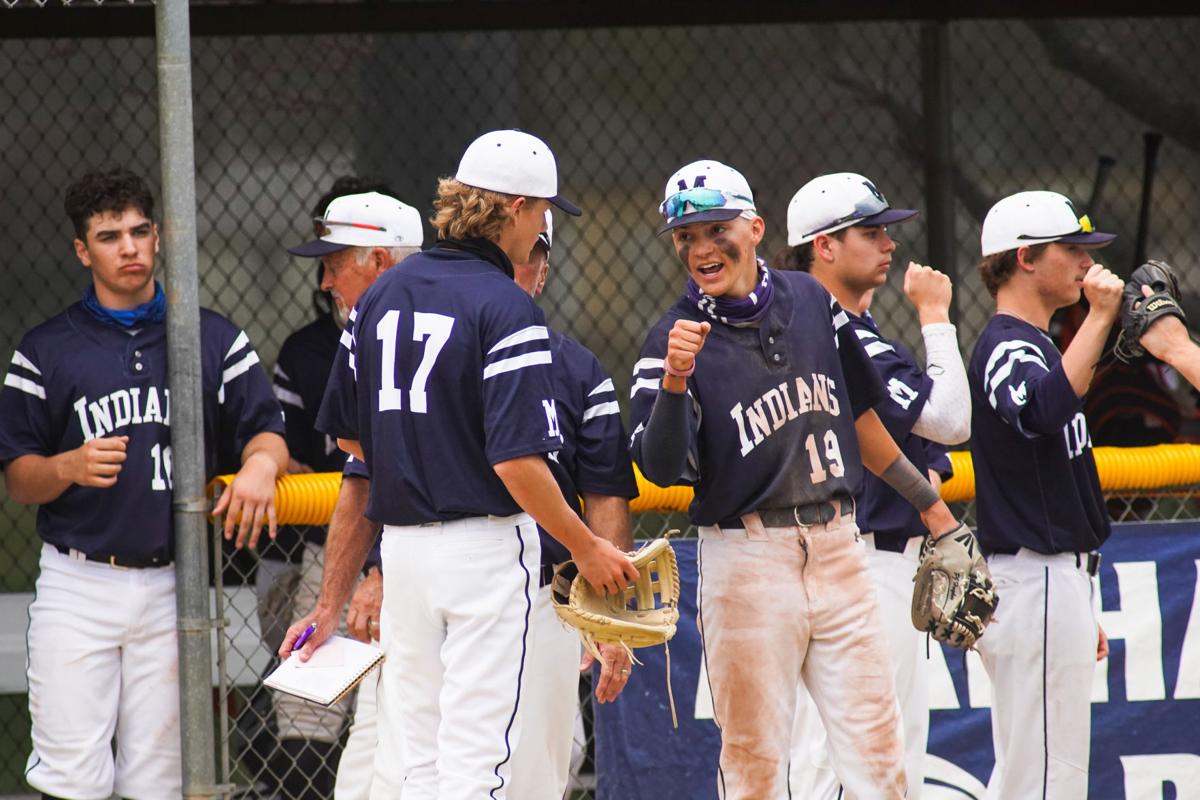 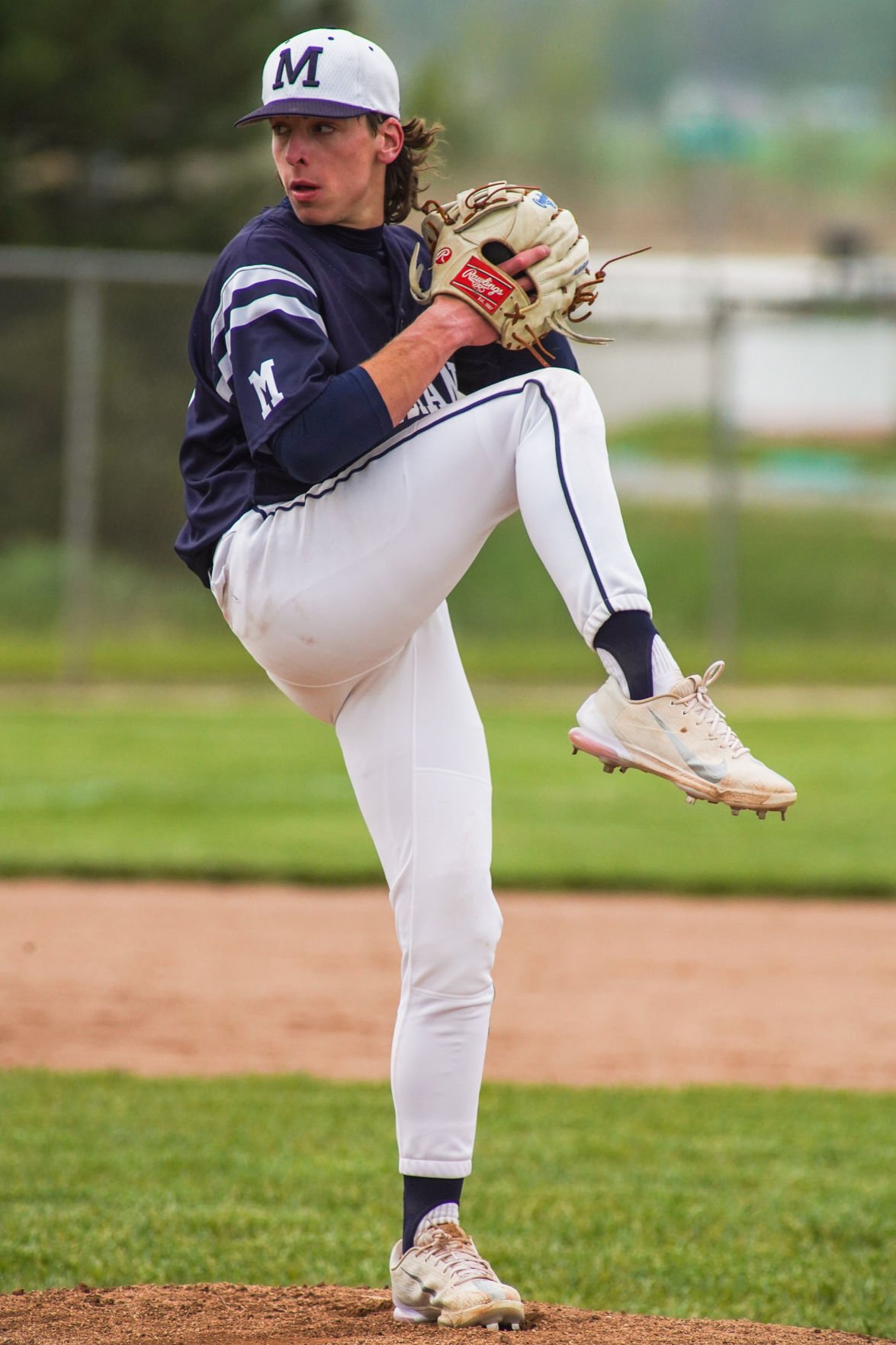 Manhattan sophomore Ian Luce (10) winds up for a pitch during a game against Hayden last month. Luce earned the win in the Indians’ opening game at a tournament last week in Hays.

Manhattan sophomore Ian Luce (10) winds up for a pitch during a game against Hayden last month. Luce earned the win in the Indians’ opening game at a tournament last week in Hays.

With two outs and two on in the fifth inning, Manhattan sophomore Ian Luce inhaled deeply and, for the nth time Tuesday, delivered the hit the Indians needed.

Luce ran to first, removed his helmet and jogged back to the dugout. No smiles, no fist pumps — just the same composure Manhattan (7-2) repeatedly counted on against the Wildcats.

“Hitting with a lead is a heck of a lot easier than hitting when you’re down,” Luce said. “Not as much pressure. Feels nice.”

Luce confronted pressure against Hayden (3-6) by heeding his father’s longtime advice: “deep breaths.” He began breathing through stressors when he was “real little,” and he hasn’t stopped since.

And as a kid, the exercise helped him make clutch free throws and win nerve-racking bike races. During Game 2 of Tuesday’s doubleheader, it catalyzed the Indians’ offense.

Luce finished 3-for-4 with four RBIs in Game 2. He drove home the Indians’ first run with a triple to right field in the first inning; he broke the game open with a two-out bloop single to left that extended Manhattan’s lead to 6-1 in the fourth; and he plated the game-winner with two outs in the fifth.

He began each at-bat the same way: with a long, pronounced respiration through his mouth.

“I just try to slow everything down in my head,” Luce said. “(Breathing) helps me to relieve pressure, relax and focus on what I’m doing.”

Dinkel followed Luce’s lead with two hits and two RBIs in two at-bats. Schartz finished 2-for-2 with two RBI-singles, and PJ Hughes went 2-for-3 with a double and an RBI.

Those numbers continued the Indians’ recent offensive uptick. They’ve scored double-digit runs in four consecutive games and five of their last seven. Three of their five straight wins have come by 10 or more runs.

“Hitting is contagious, really,” Luce said. “Once one person starts it off, the momentum doesn’t stop.”

MHS kick-started its momentum Tuesday with an 11-3 win against Hayden in Game 1.

Luce led the offense again with three hits and four RBIs in four at-bats. His most important hit occurred in the fifth, when he lined the eighth pitch of his at-bat for a single to right field. Tylar Pere and Jack Campbell scored on the play and extended Manhattan’s lead to 7-3.

Pere and Campbell played key offensive roles from the No. 8 and No. 9 spots in head coach Don Hess’s lineup, combining for three hits and two RBIs. Moreover: All nine Manhattan hitters reached base in Game 1.

That might’ve been Hess’s favorite stat of the afternoon.

“Tonight was impressive because it seemed like it was up and down the order,” he said. “(They threw) their two best pitchers, and it seemed like we competed really well tonight.”

Tyler Gagnon threw three scoreless innings in Game 2 after taking over for starter Cade Perkins, who allowed one run on one hit and two walks in two innings.

“Everybody was effective,” Hess said. “But we still show a tendency of throwing too many pitches. We’ll get an out and then throw four straight balls.

Manhattan compounded its pitch-count problem by committing six errors (three in each game) during its first home series since April 9. Hess said his defense confronted some “tough balls” against the Wildcats, but he admired the way his defenders responded to their mistakes.

Third baseman Coy Cavender, for example, managed a hit and two putouts after committing two errors in the second inning.

Hess hopes the Indians maintain their resiliency when they travel to Junction City at 4 p.m. Friday. The Blue Jays (9-5) are capable of punishing Manhattan’s mistakes more severely, but Hess can tolerate the errors as long as the Indians can overcome them.

“When you struggle, the ball seems to finds you,” Hess said. “It’s just a process. You have to be confident. You have to want the ball hit to you. You’ve got to be able to execute and get an out.”