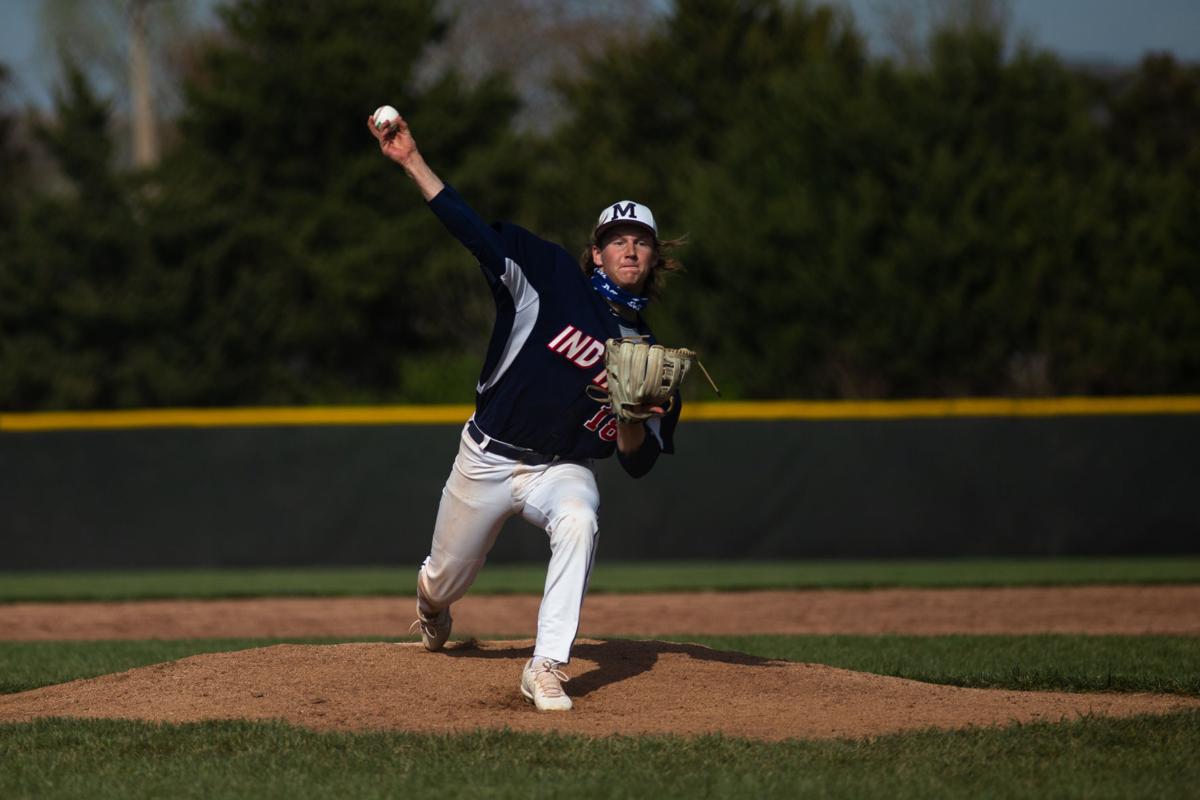 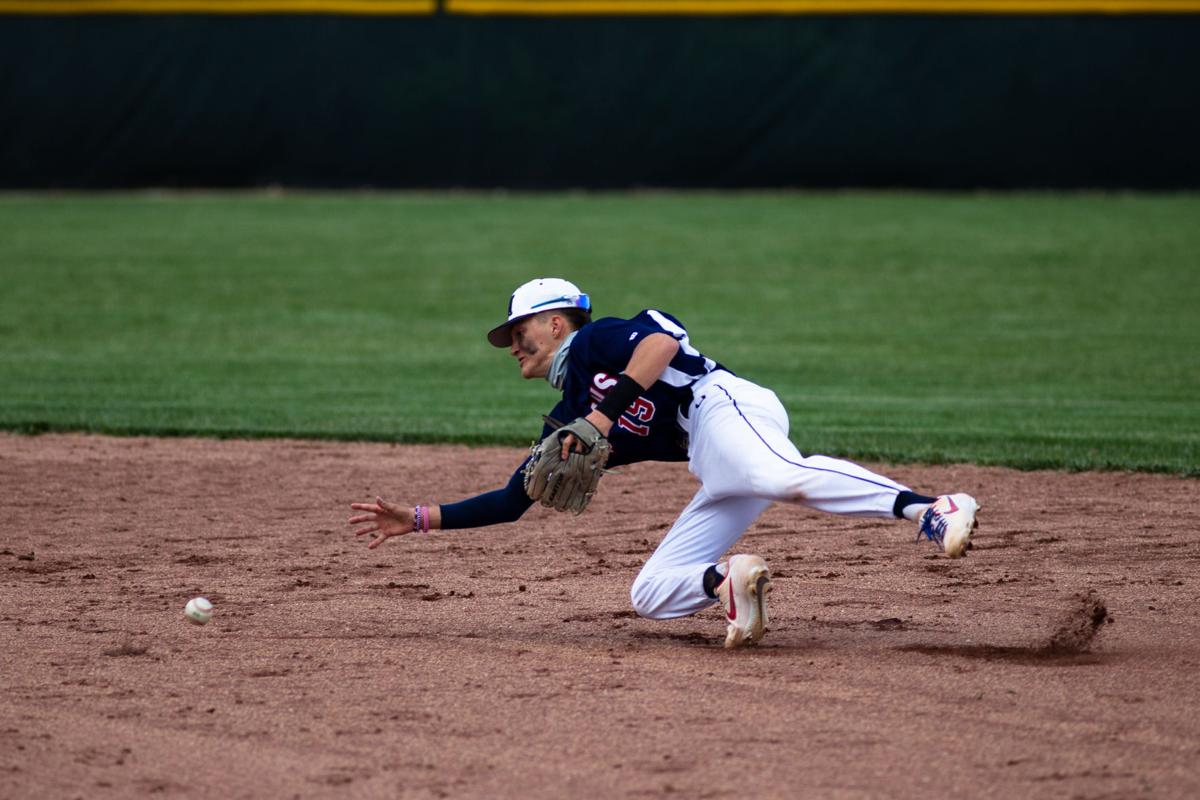 PJ Hughes (19) attempts to field a ball free hand after it took an errant bounce on the dirt during Manhattan's 6-4 win over Washburn Rural.

PJ Hughes (19) attempts to field a ball free hand after it took an errant bounce on the dirt during Manhattan's 6-4 win over Washburn Rural.

Twenty-two minutes into the bottom half of the seventh inning, the baseball at Norvell Field took one more strange bounce.

But for some reason — be it anxiety or oversight — Perkins couldn’t glove Luce’s throw to first.

Perkins retrieved the ball as Brady hotfooted toward second, and Perkins’ throw beat Brady to the bag. Brady skated the tag, but he stepped outside the baseline, so the umpire called him out.

Manhattan didn’t anticipate all the stress required to padlock its 6-4 win over Washburn Rural on Friday.

They didn’t let that rally overwhelm them, however. And when the infield umpire called Brady for runner’s interference, the Indians could finally exhale.

“It was a relief,” Manhattan head coach Don Hess said. “I felt like we were in control of that game. It would’ve been a shame to see it slip away in one inning like that.”

The slippage began with Manhattan starter Dayne Aschenbrenner on the mound and, to that point, in control.

Brock Howard led off the inning with a hard single. Then, after a strikeout, second baseman PJ Hughes missed the first of two janky hopping ground balls hit toward him that inning. Tate Schoffelman hit the first, which ended up in centerfield, and Tucker Simpson hit the second one two batters later. Simpson’s rolled into right field and scored the Junior Blues’ second run of the inning.

“The first one, I could’ve adjusted more,” Hughes told Hess after the game. “The second one, I don’t know what happened.”

Andre Chavez drove in Washburn’s third run with a groundout to first base, and Hunter Vodemkamp drove Simpson home with a triple to right field, which came off Aschenbrenner’s 108th and final pitch. He entered the inning looking for his first career complete game shutout.

He left after exceeded his allotted pitch count (105).

“I did well and it was a lot of fun,” Aschenbrenner said. “But at the same time, it gives me something to work toward. I didn’t quite get it finished.”

Hess hated to pull Aschenbrenner after the dominance he displayed earlier in the game.

Aschenbrenner credited his teammates for fueling his performance. On defense, they assisted in 16 of the 20 outs he recorded. At the plate, they relaxed his mind, particularly during their four-run third inning that gave Aschenbrenner a 5-0 cushion.

“That’s when I really started to cruise,” Aschenbrenner said. “(Run support) is huge. That takes a lot of stress off me and my arm not having to prove every pitch.”

Aschenbrenner played a sizable role on offense, too. He led the team with three hits from the leadoff spot and scored the Indians’ first run off Perkins’ double in the first. Perkins finished 2-for-4, and shortstop Braden Dinkel scored two runs.

After scoring four runs in their first two games, the Indians have scored 30 in the three games since. They scored 19 of those 30 in one game against Topeka, but Hess still is pleased with the progress Manhattan has shown swinging the bat.

“We talked a lot during the week about, ‘That’s your at-bat, take advantage of it. You’ve got to grind it out, and just keeping plugging away,’” Hess said. “Tonight, I thought we did that.”

The Indians’ offense traveled with them for the one inning they played of Game 2. Aided by two lost-in-the-wind fly balls, Manhattan scored three runs to tie the game before it was postponed due to rain.

Hess said the game will be made up and resumed from its stopping point, but he doesn’t know when. Meanwhile, the Indians will travel to Emporia at 4 p.m. Friday.

School's out for summer, but Huskers in for busy, compacted 'third quarter' of 2021