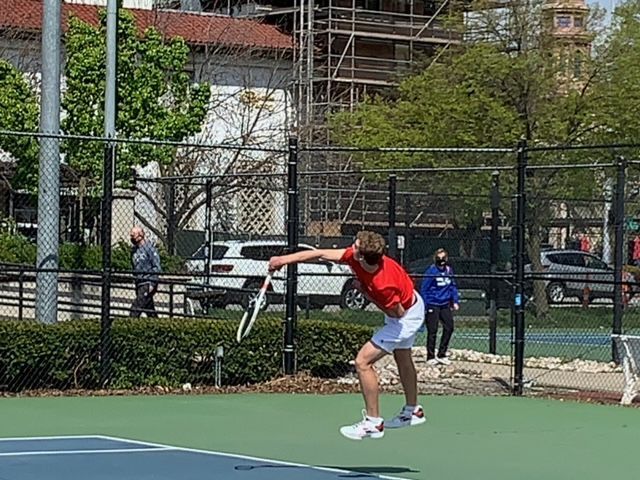 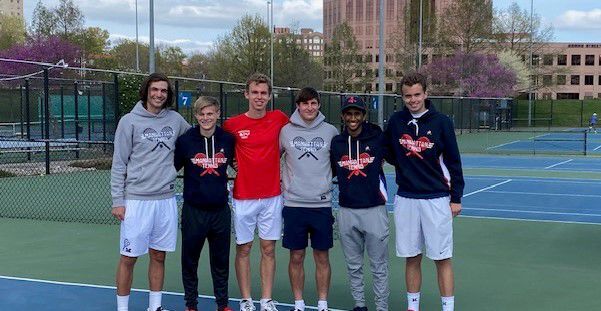 Harkin, the Manhattan High star who hasn’t lost a match all season (14-0) at No. 1 singles, defeated three opponents he’d never played before en route to the title. He beat 8-seed CJ Smith from Blue Valley North, 4-seed Graham Faris from Shawnee Mission East and 2-seed Richey King from the Barstow School in Missouri.

Harkin finished fourth at state in 2018 and third in 2019, and Monday’s win bodes well for another strong finish this season. Manhattan head coach Tony Ingram said the competition in Kansas City was “equivalent to, if not higher” than what Harkin will encounter at state.

“Dan’s victories helped solidify him as one of the best players in high school in our area and region,” Ingram said. “I’m glad we were able to get into this tournament for Dan. He got to put his tennis talents on display at a high-level tournament.”

Jon Grove finished seventh at No. 2 singles with a record of 2-2. Grove beat Liberty South before losing to Blue Valley. Then he beat and Blue Valley Northwest.

“Luke and Kelton continue to improve their skills on the court,” Ingram said. “Their communication is getting better with each match.”

Dil Ranaweera and Jackson Ivester (3-3) finished 1-2 during Ranaweera’s return to the lineup at No. 2 doubles. They lost to Liberty High and Lawrence Free State before beating Liberty South.

The Indians finished fifth (out of 14 schools) on the team leaderboard. They scored 270 points, five behind fourth-place Blue Valley North and 280 behind first-place Shawnee Mission East (550).