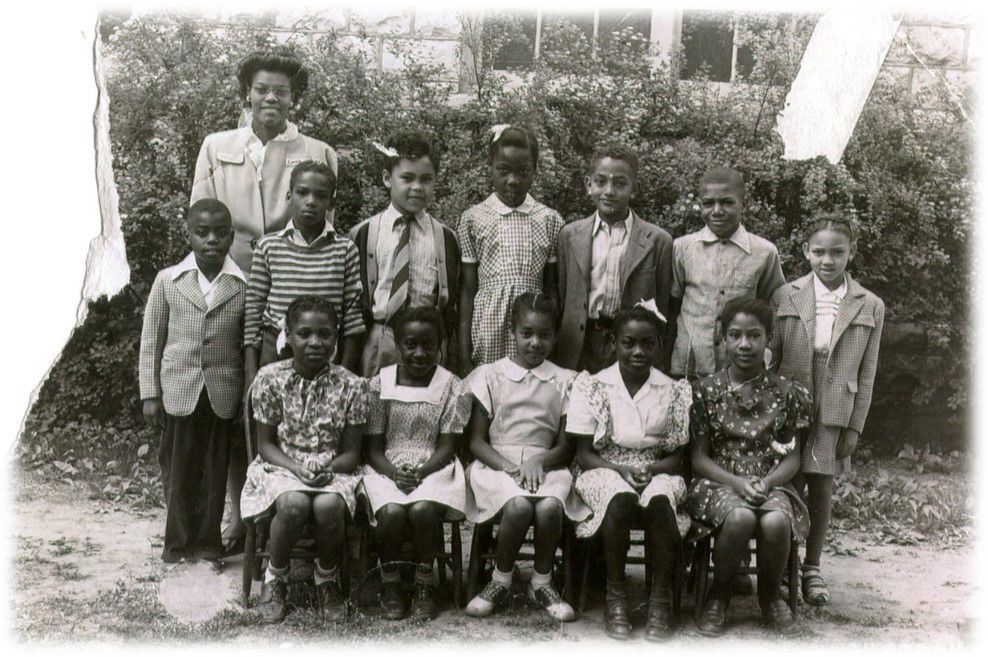 Geraldine “Gerry” Baker is seated, second from the left, in this photo of the Douglass School third- and fourth-grade class. 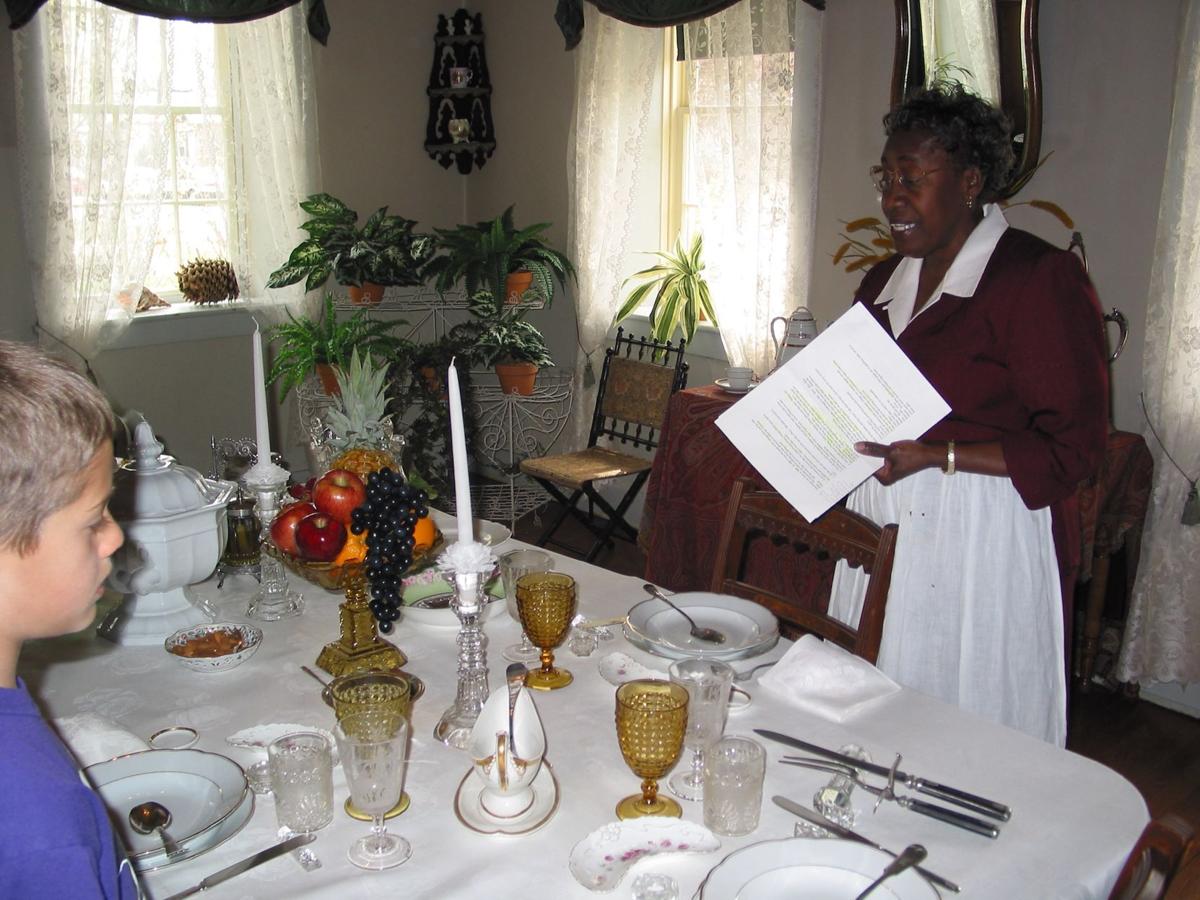 Geraldine Baker Walton as a docent for fourth-grade tours of the Wolf House in 2004. 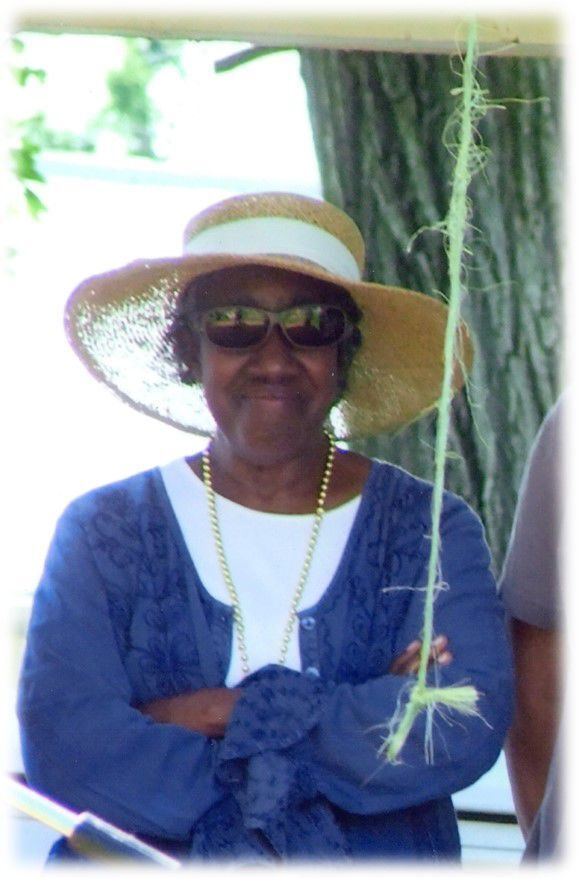 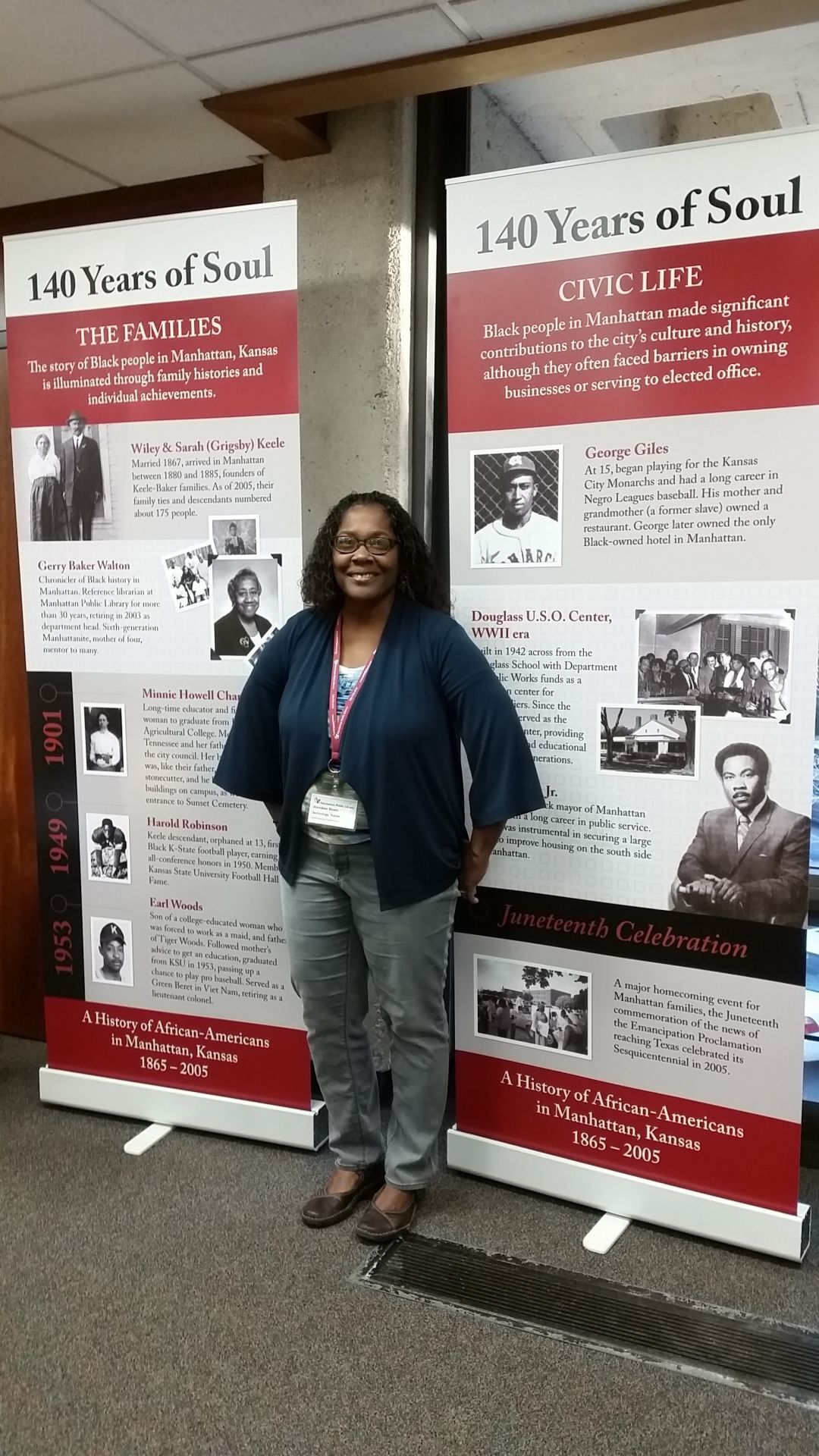 Geraldine “Gerry” Baker is seated, second from the left, in this photo of the Douglass School third- and fourth-grade class.

Geraldine Baker Walton as a docent for fourth-grade tours of the Wolf House in 2004.

2020 is the centennial of the 19th Amendment, which gave women the right to vote. This is one of a series of articles about area women who made important contributions to their communities.

Teachers never know what experiences may touch their students. For one Manhattan sixth grader, a century-old poem by Phoebe Cary left a big impression.

If you’ve tried and have not won,

There is no evidence that sixth grader, “Gerry,” spent much time crying, but no one could have blamed her if she had.

Geraldine “Gerry” Elaine Baker was born in Manhattan on July 10, 1937, to Helen Joy (Keele) and Ernest G. Baker. The Depression was a difficult time for most people, and particularly so for people of color. Her father had worked on local Works Progress Administration projects. On a rainy day in 1942 while returning from his job as a stonecutter, he and a friend died in a car-train accident a short distance from home. Helen was suddenly the sole support for herself and 10 children.

Cheryl Collins, director of the Riley County Historical Society Museum, recalled Gerry talking about an incident from her youth.

“I remember her telling me about her 14th birthday, which was in 1951 during the big flood. ... The family lived on low ground, close to the river and their home was inundated. ... Gerry told me that she had a wonderful, exciting birthday being evacuated from the flood, and it was not until she was grown that she really thought about how difficult that time must have been for her mother. She laughed and said, as far as she was concerned, it was a great birthday.”

But Gerry’s early life was not easy. When she was 19, her mother died, also in a traffic accident. Gerry married, but the marriage was a short one as her husband was abusive. She lost a child of a few months. She married again, but it did not work out either. By 30, she was divorced and the sole support of four children.

Her marriage to John Walton, a soldier, provided an opportunity to see some of the world. She and children Karl, Brenda, Carmen and Karen traveled 10 days on the USS Darby to get to Germany, where Walton was stationed at the Army post in Mannheim. Son Karl Rivers, who was in elementary school at the time, said he really enjoyed the German people.

“I thought I would never leave Manhattan,” Gerry once said. “But little girls grow up and there are many possibilities ahead.”

The poem Gerry learned as a girl began to bear fruit after she accepted a position with the Manhattan library in the late 1960s.

By 1971, she was director of the Friendship Tutoring Program, a cooperative effort between the city and the university to help students with their studies and provide adult friends.

But that was just the beginning. Linda Knupp, current director of the library, worked with Gerry from 1986-1988.

“She was my first mentor in the library profession,” she said. “She also taught me a lot about working with a variety of people and personalities. She was a mentor to nearly all of the staff who worked at the library ... and a friend to us all. ... She was organized and professional and really knew the library’s resources.”

Knupp added that Gerry was generous with her time and had a good sense of humor.

“She made a terrific lemon cake that she would share at staff meetings ... her ‘secret’ recipe,” Knupp said. “When she retired she told us her secret. It was a box cake!”

Jeff Hixon, director of Statewide Services for the State Library of Kansas, also worked with Gerry.

“More than anyone I know, Gerry spent a lifetime in testament to the values of independence and self-reliance,” he said. “... She never reached any goal she set for herself by taking shortcuts — if the best way was the hard way, so be it. She encouraged countless people to follow that lead, but was always honest and humble in explaining that it wasn’t easy, or without its pain.”

In the mid-1990s, Gerry decided to get serious about her singing and asked Hixon to be her accompanist.

“Making music while listening to her expressive voice and passion is an experience I still, and will always, treasure,” he said.

“Even more memorable is the way she used those values, along with a drive to invent and re-invent herself, as a platform for unending kindness, encouragement, and empathy. She cared about people in desperate situations, and she cared about those who appeared to be without any worries or concerns. She had a powerful faith that lit her from within. In short, she lived her life in love of neighbor and community, to the benefit of all she knew.”

But Gerry was only getting started when she retired in 2003. She spent two years researching and writing “140 Years of Soul: A History of African Americans in Manhattan, Kansas 1865-2005.” Her book is considered an authority on Black history in Manhattan and is used in several Kansas State University classes. In 2011, in celebration of Kansas’ 150th birthday, the State Library of Kansas included her book in its list of the “150 Best Kansas Books.”

Glenn Busset, a Kansas State University professor and State 4-H leader for Kansas, said in his July 2008 review of Gerry’s book that it involved “monumental research, writing and diligent attention to detail.”

Gerry served on the Riley County Historical Society Board of Directors from 2004 to 2007 and was program chair for two years. “It was a joy to work with her,” Collins said.

In 2008, she received “The Spirit of Dr. Martin Luther King Jr. Community Service Award” from the city of Manhattan.

Wandean Rivers, Gerry’s daughter-in-law, said her favorite memory of Gerry was her not being afraid to learn new things and her example to her children and others of “sacrifice, hard work, perseverance and never quitting.”

Rivers, technology trainer for the Manhattan Public Library, wanted to find a way to preserve the dozens of historical picture boards her mother-in-law had created and also insure that her “140 Years of Soul” book remained in print. She, library and museum staff members, and other community members created a large display of photographic panels.

“Genealogy and local history were a few of Gerry’s passions,” she said. “… this was a way of honoring her legacy and life-long commitment of service to Manhattan and the surrounding communities.”

Wandean Rivers said she enjoyed watching Walton “own” the room when she entered a meeting or a conference — “the confidence that she exuded that stated, “Yes, I am here, I matter, I belong and I’m not going anywhere.”’

Through it all, Cary’s poem, “Don’t Give Up,” provided a mantra Gerry shared with others.

“It has been with me all my life,” she said. “So I tell children to follow your dream and ‘Don’t give up.’”

Submit a Letter to the Editor