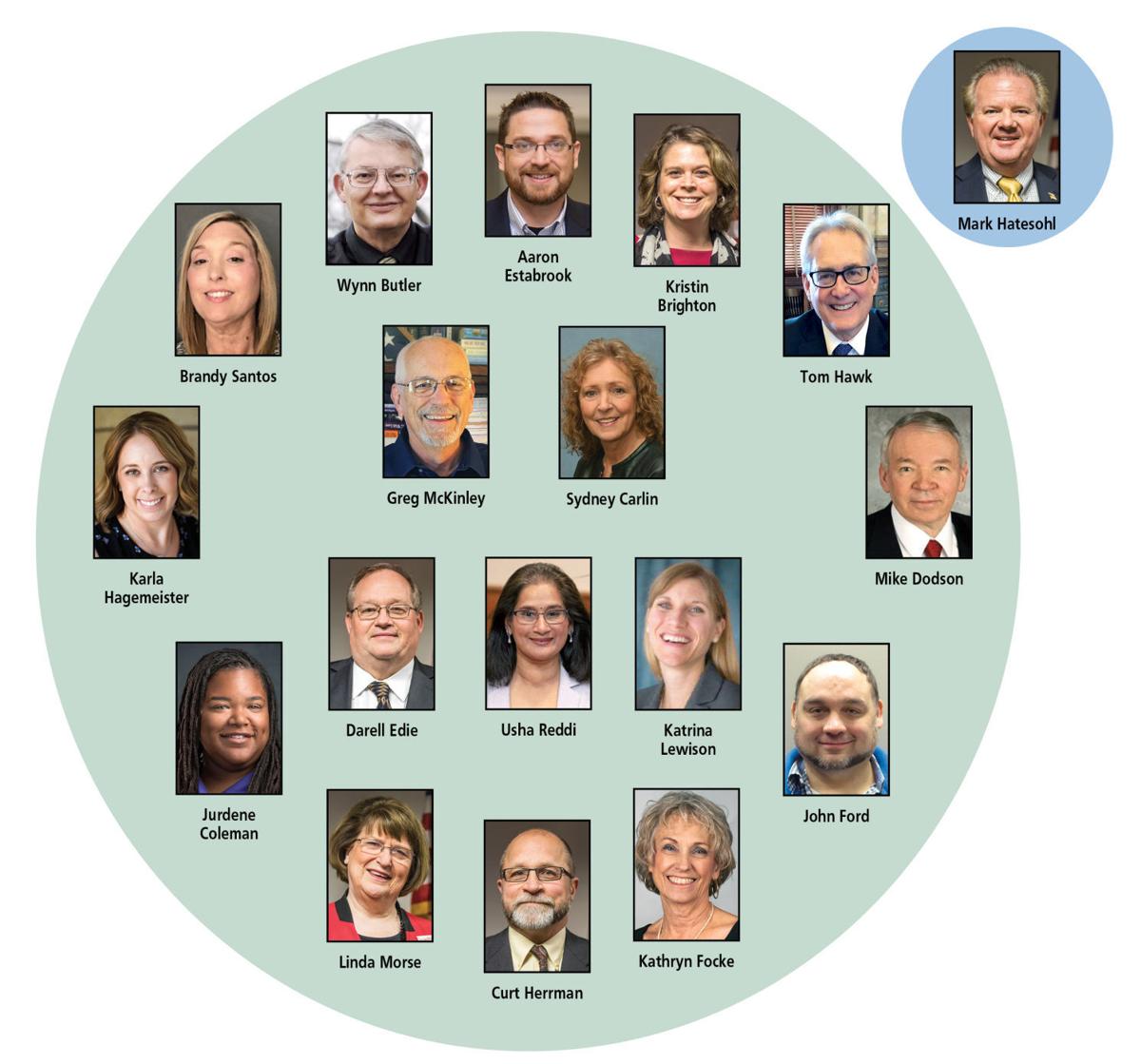 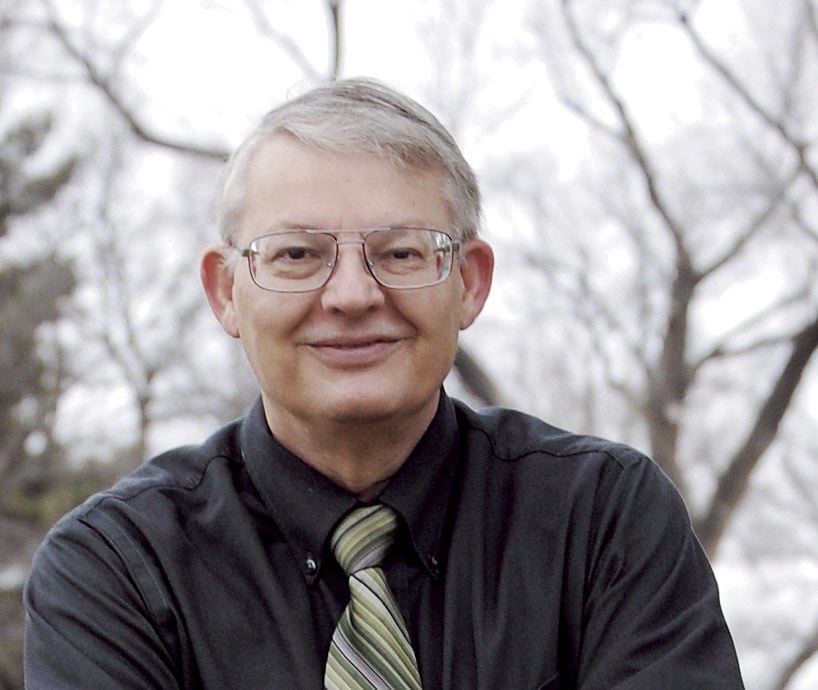 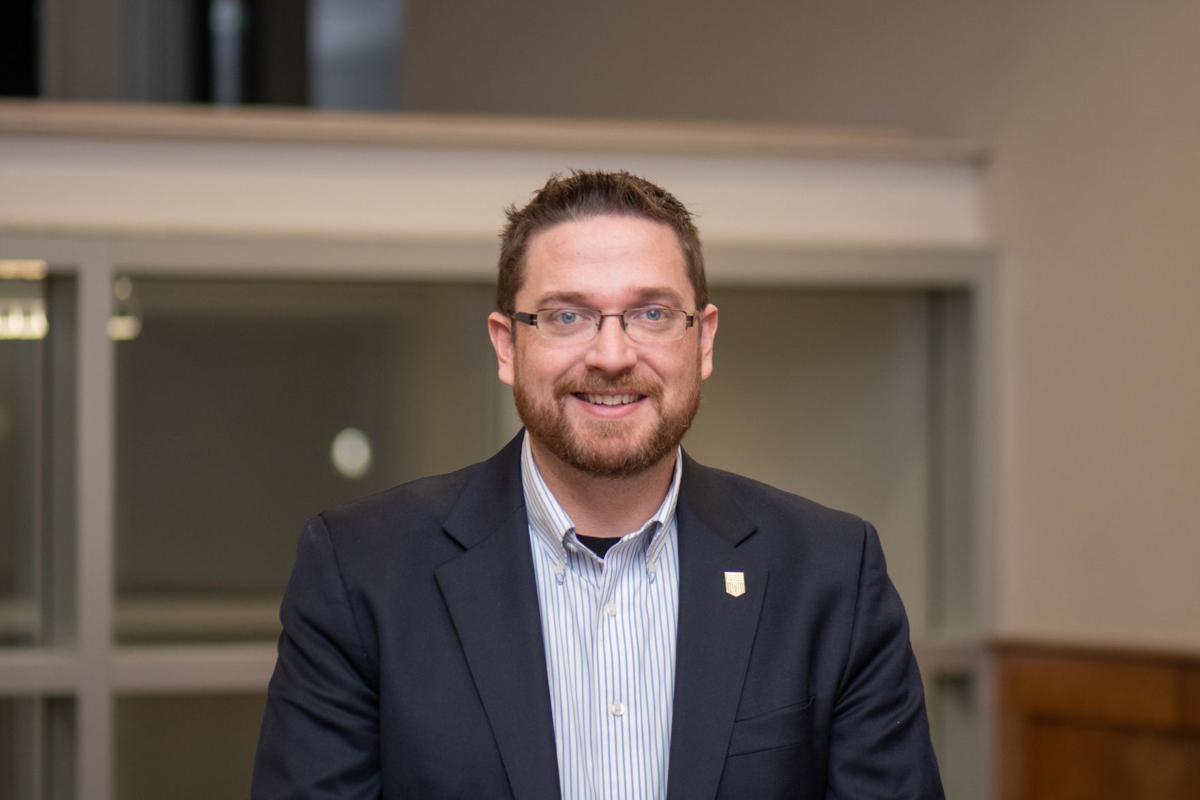 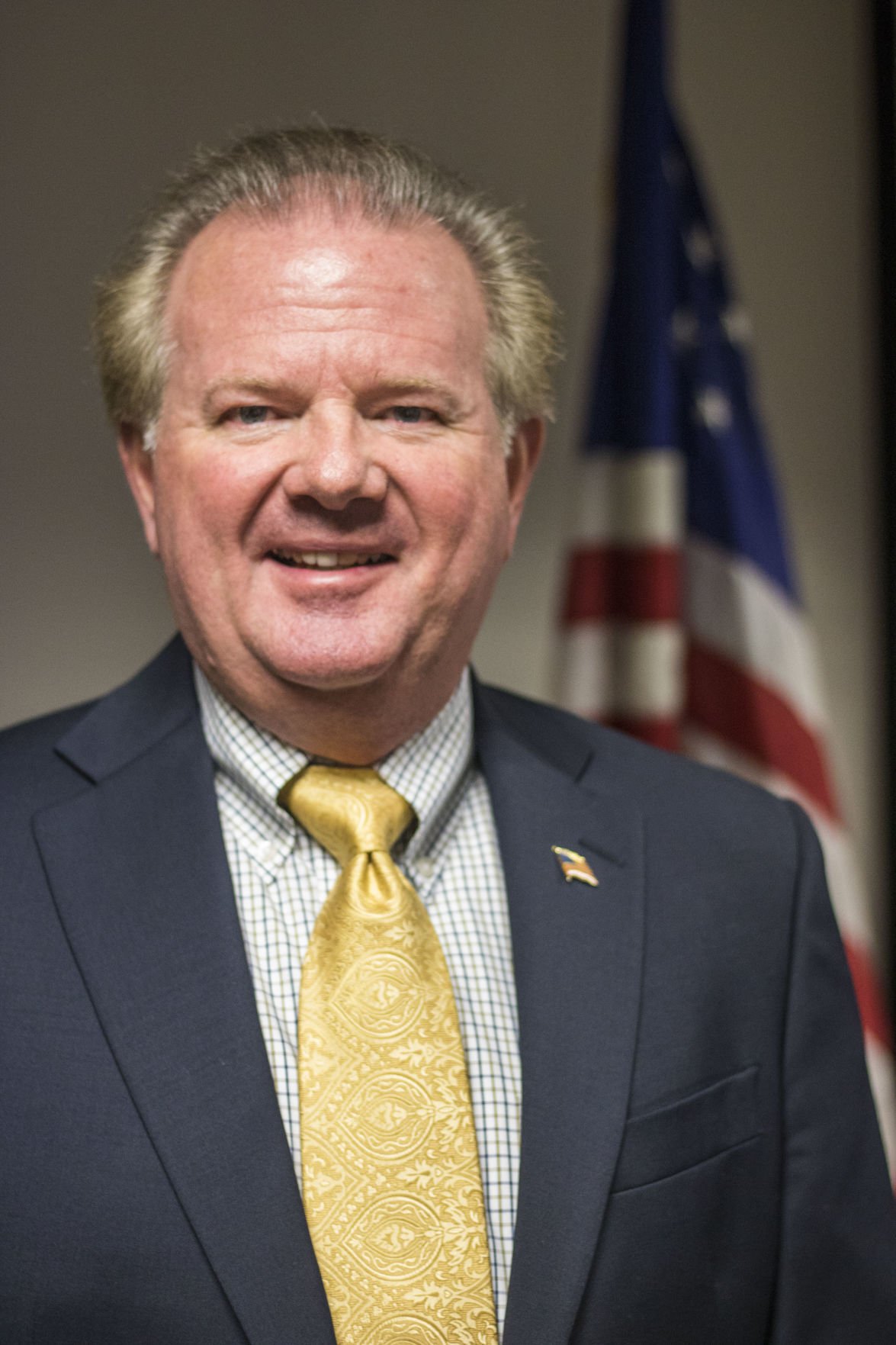 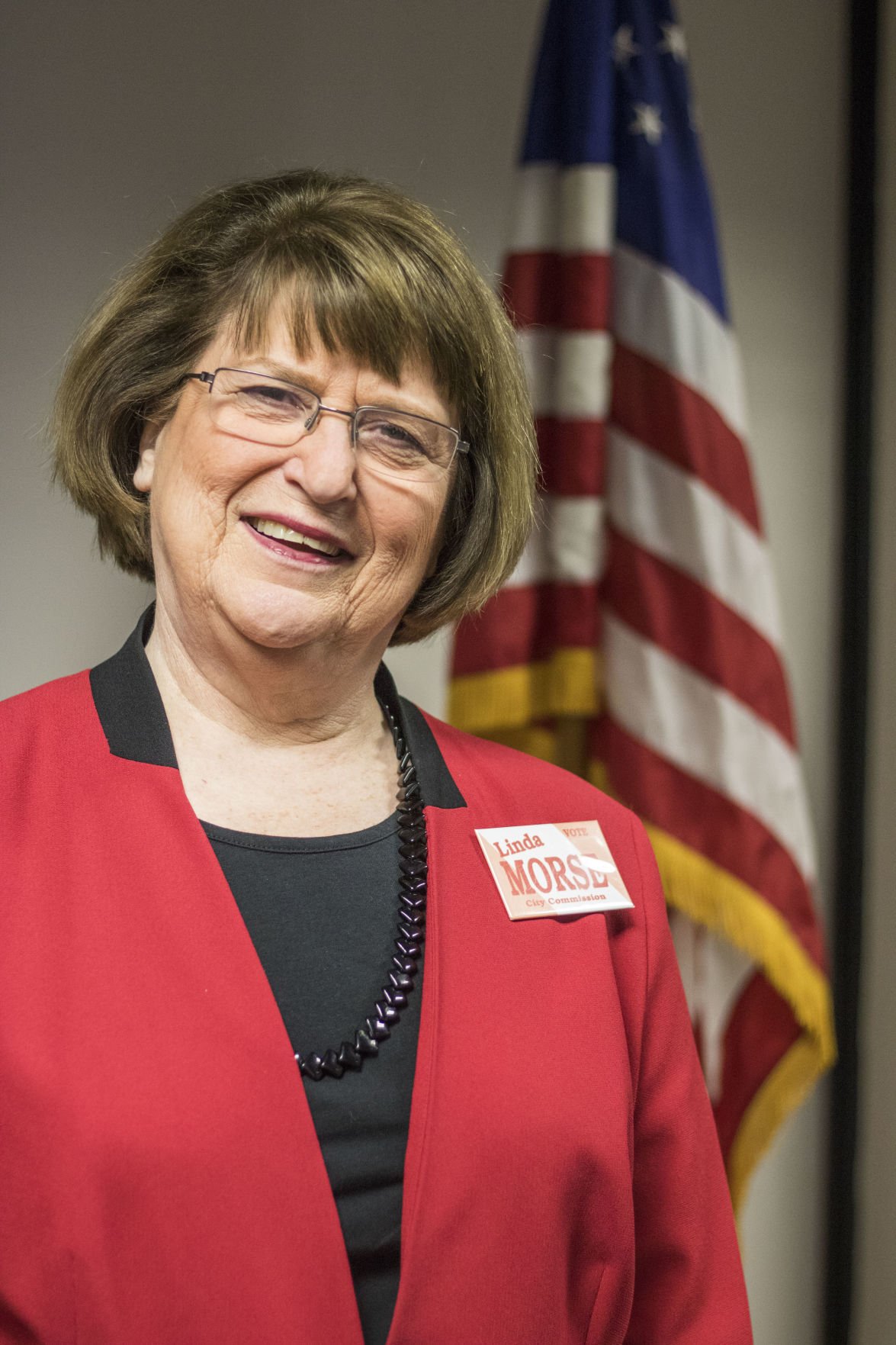 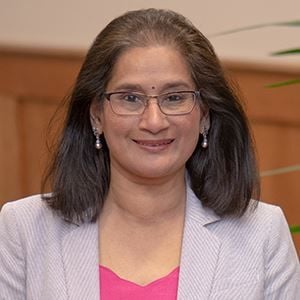 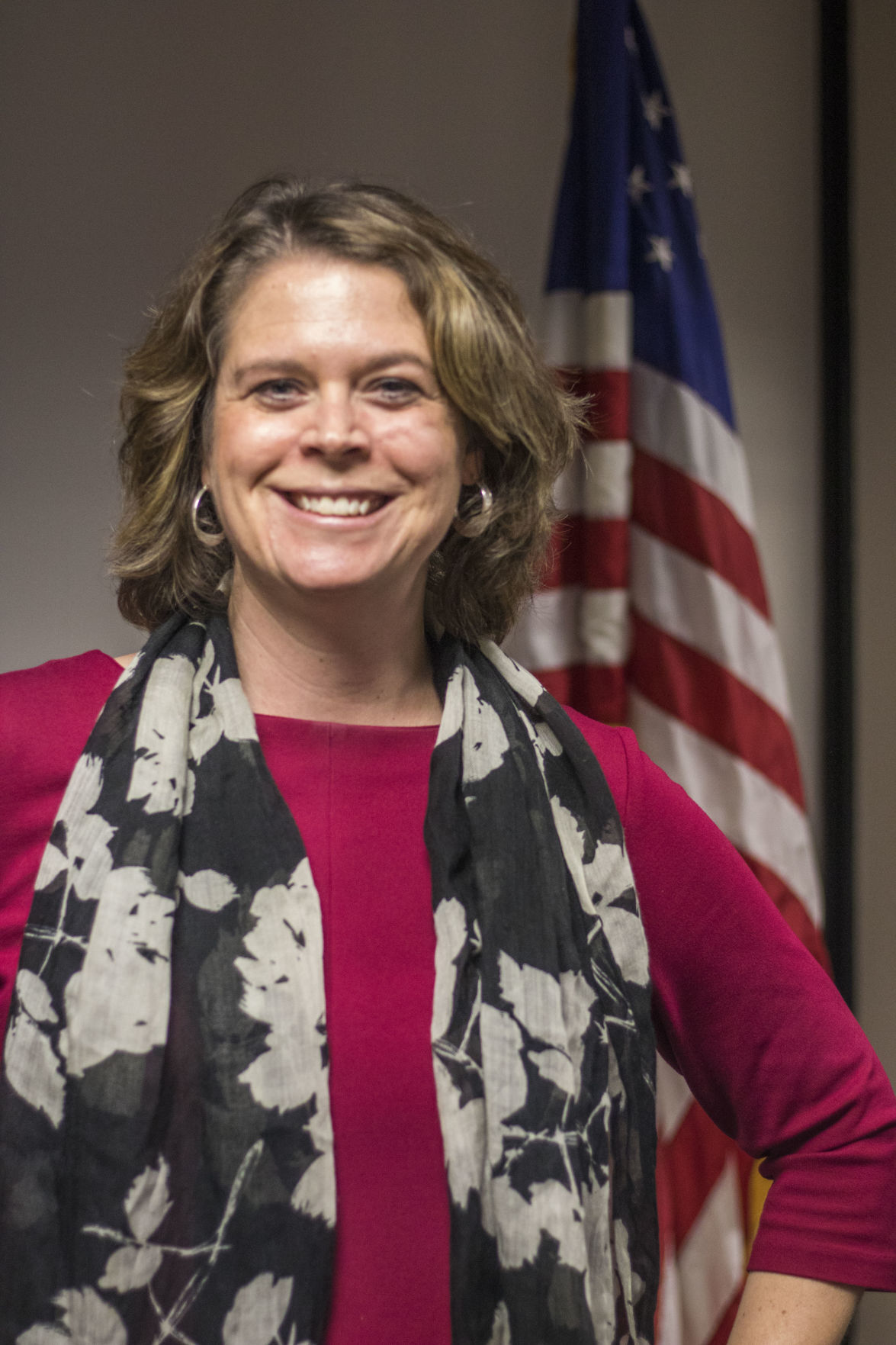 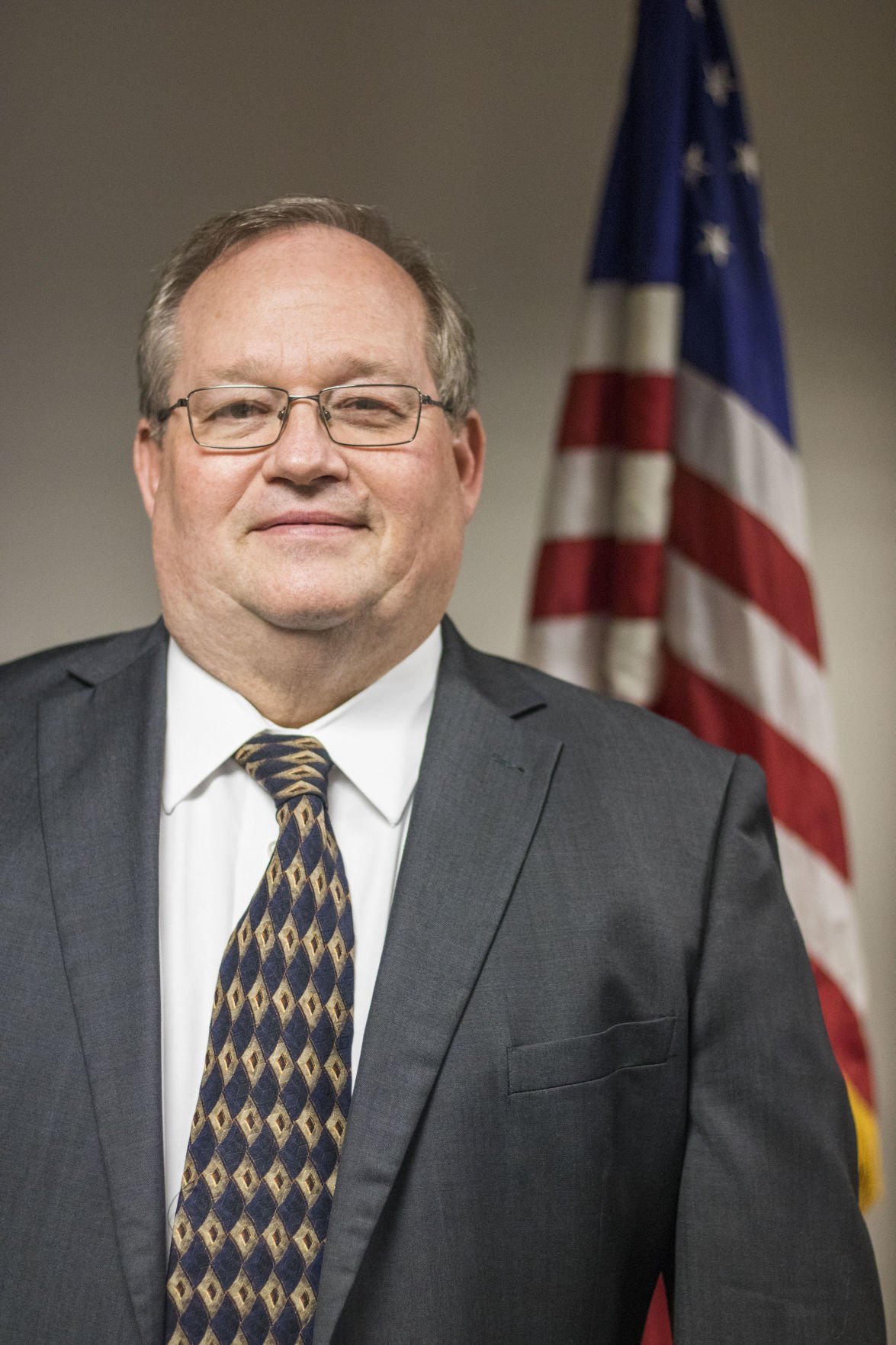 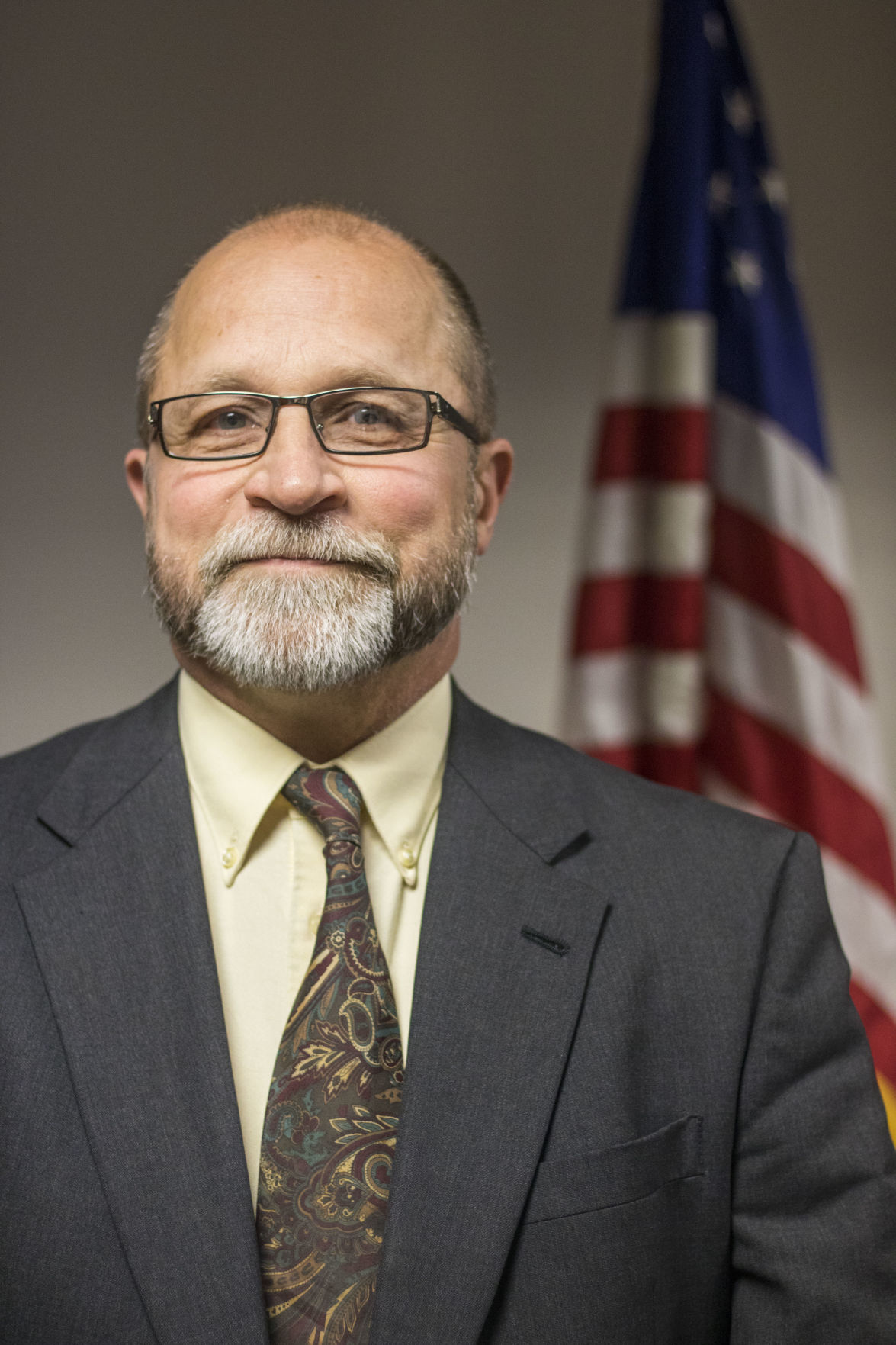 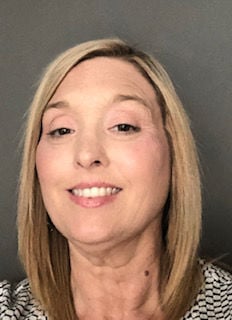 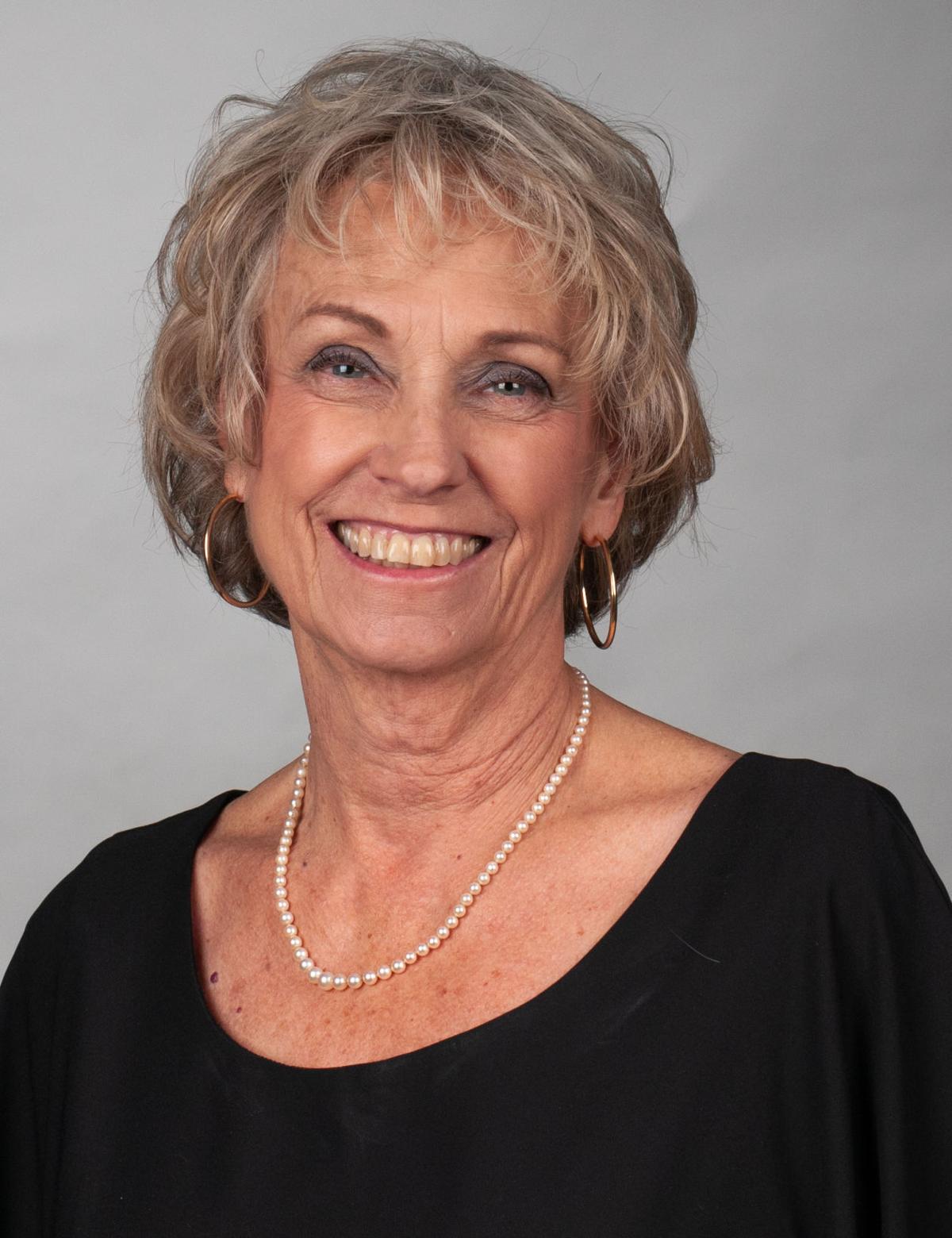 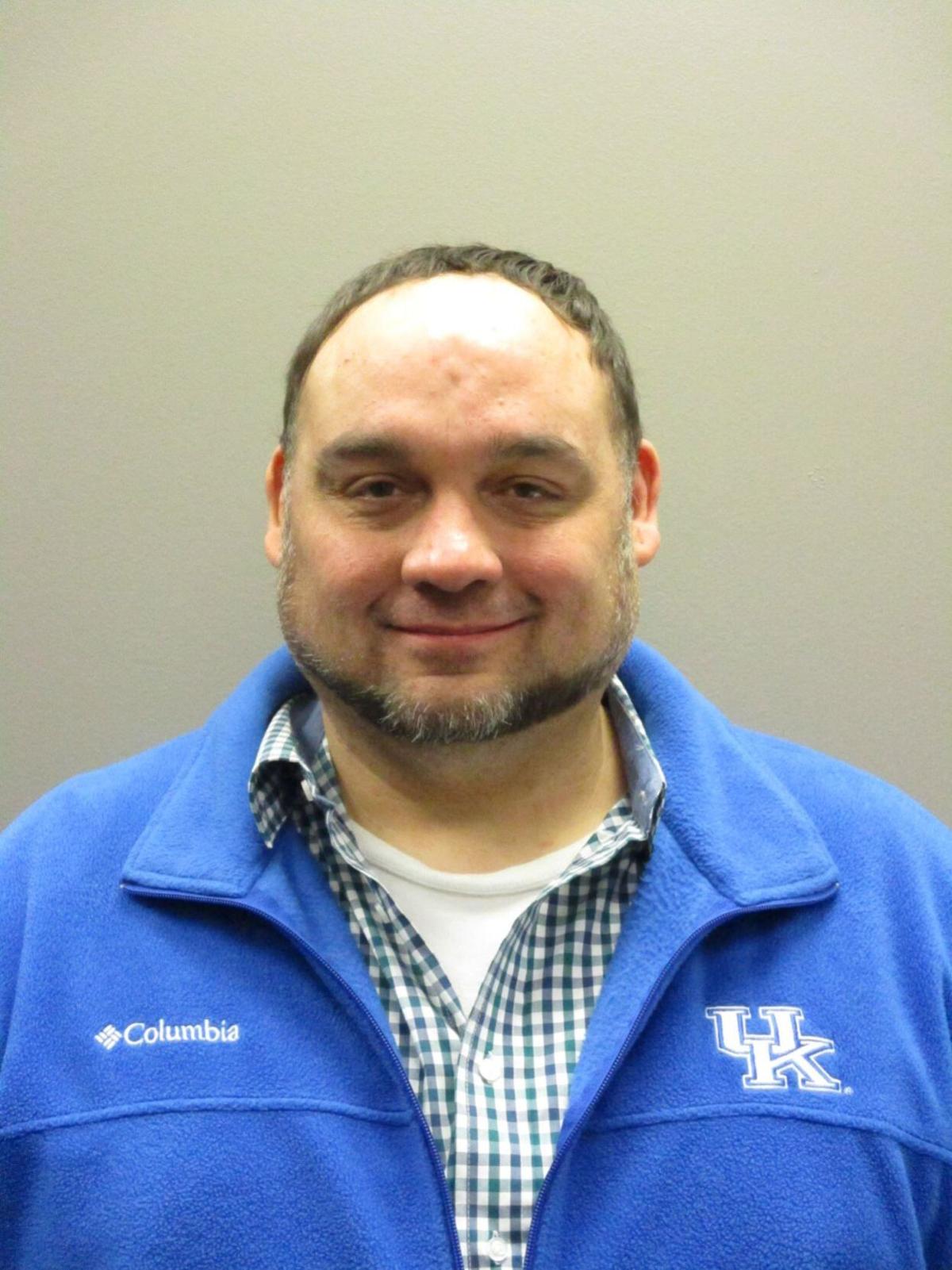 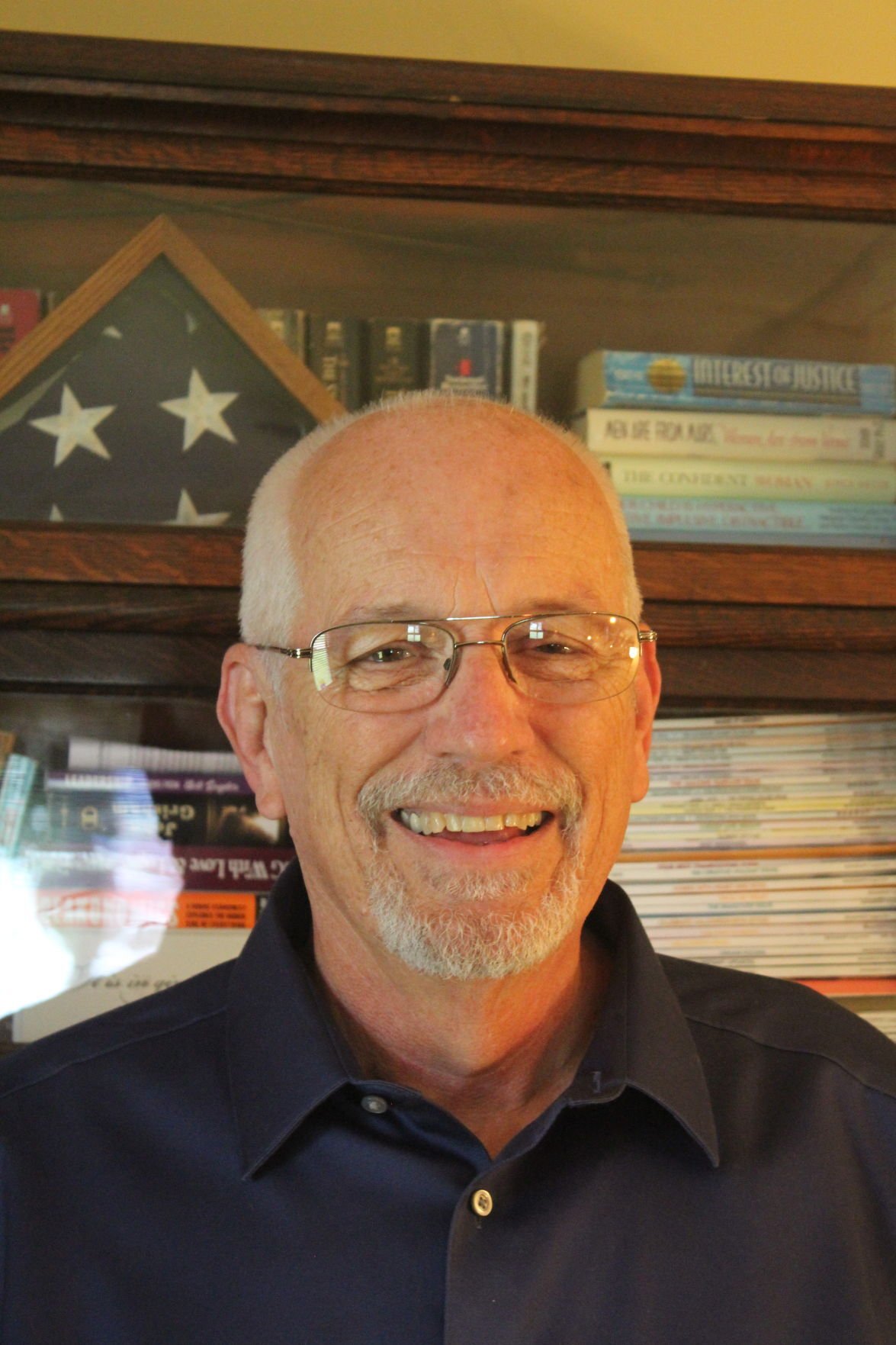 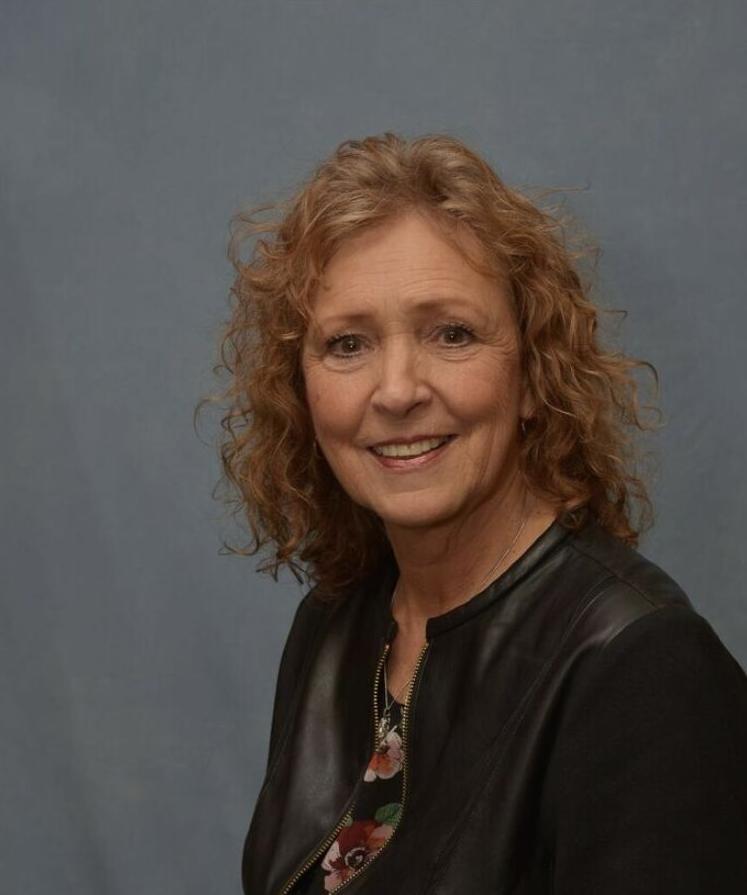 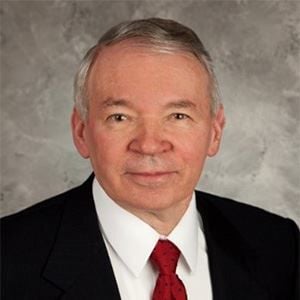 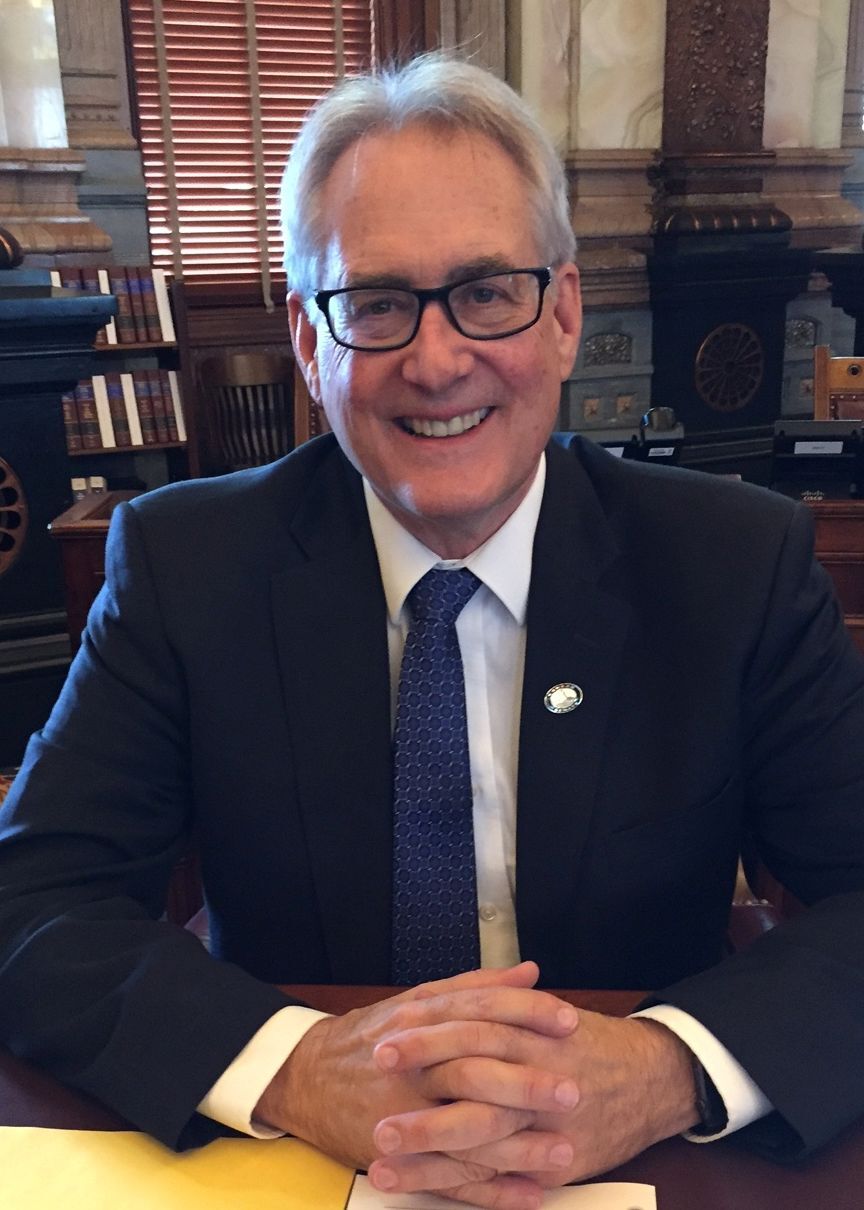 Locally and nationwide, health and elected officials have been urging people to get coronavirus vaccinations.

Those officials have been concerned about having fewer people seeking the vaccine even as availability has ramped up.

With this in mind, The Mercury recently asked elected officials if they’ve been vaccinated.

Out of 18 officials — five Manhattan city commissioners, seven Manhattan-Ogden school board members, three Riley County commissioners and three state legislators — 17 have gotten at least one dose and only one hasn’t gotten it.

Many spoke about how the vaccine is important for life to get back to normal.

On the other end of the spectrum, Manhattan city commissioner Mark Hatesohl said it would take “armed men” to force him to get a vaccine shot.

The following responses are separated by office with each officials’ name, whether they’ve been vaccinated and their reasoning.

Butler and his wife, a registered nurse for over 44 years, both received their second Moderna shot last month.

The mayor said it was an easy decision to make what with his experience in the military receiving experimental shots and his wife’s medical expertise. However, the mayor believes the government should not force the vaccine on anyone.

Estabrook, who had the coronavirus last fall, received the second Moderna dose about a month ago. He said he didn’t have any side effects.

“I’m not planning on getting it because I have the antibodies from being exposed to it,” he added.

Hatesohl said in March he likely had the coronavirus earlier this year after receiving a positive coronavirus antibody test.

Morse said she received both Moderna shots earlier this winter.

“I was very anxious to get it,” she said. “I have been being careful, staying home, only going out when I wouldn’t be in a crowd, because of my age.”

She said she is not rushing back into things and want to remain cautious.

“I think I would say I’m being very measured,” she said.

Morse said she thinks Gov. Laura Kelly and the Riley County Health Department are doing a good job and working in “good faith.”

Reddi received her second dose of the Moderna vaccine on Friday. She said she believes this is one of the best steps to get back to some type of normal.

“I hope everybody gets the vaccine and I think we’re going in the right direction,” she said.

Reddi said she has followed all the precautions since the pandemic began, such as social distancing and wearing a mask. She said she was confident about getting the vaccine.

Brighton said she has received both shots, and that she is pleased with the high number of USD 383 staff members who are now inoculated.

“I would encourage people to get a vaccine unless they have a valid reason not to,” Brighton said. “I don’t want to shame anyone for not getting one due to health concerns.”

Coleman said she was initially hesitant, but she feels good about her decision to get the vaccine.

“I personally chose to get the vaccine after seeing the disproportionate number of people of color dying from COVID-19,” she said. “I am encouraging everyone who is hesitant about the vaccine to contact their primary care doctors and talk through their health concerns.”

“You get this vaccine for the same reason you get a flu shot every year, it’s just another type of shot like that,” Edie said. “There’s no weird things going on with it.”

Hagemeister is a volunteer at vaccine clinics in Riley County, and she said she hopes more people will get inoculated so they can safely visit family members they maybe haven’t seen since the pandemic began.

“Every chance I get, whether it’s at board meetings or during vaccine clinics, I encourage people to do the right thing and get their vaccination,” Hagemeister said.

Herrman did not respond to The Mercury’s request for comment, but Edie said Herrman received his vaccination at the same time as him.

Lewison said she is “one shot down out of two,” and that she chose to wait to get her vaccinations until they were made available to all Kansans. An Army veteran, Lewison said she is vaccinated against many different things, including anthrax, for which she said she received seven shots.

“I think (vaccines are) amazing,” Lewison said. “I think if everyone does their part and leans into getting vaccinated, it will only be beneficial for our community and allow to get back to some semblance of normal.”

Santos said she believes the choice to get vaccinated against COVID-19 is a personal one between an individual and their physician, yet she said she doesn’t know anybody who is discouraging people from getting their shots. She said while she is personally tired of mask mandates and other health protocols, as a resident and community leader “we have to lead by example.”

“If our residents are making choices to put everyone’s safety first as a community, then we need to have something to look forward to,” Santos said.

Focke said she got vaccinated as soon as she could.

“It was basically a no brainer,” she said. “I’ve really supported getting vaccines and trying to slow down the pandemic so as soon as there was a vaccine available, when I got a chance, I definitely got mine done.”

Focke said she experienced minimal side effects, such as the usual arm soreness and some chills. As vaccines in Riley County become more widely available, she said she is concerned that more people aren’t signing up to receive theirs; when the county health department has a surplus of vaccines, it must return it to the state.

“We’re not over this yet,” Focke said. “We’re OK in Riley County, but the rest of the country is still having problems. I’m fortunate to be vaccinated. I still wear a mask everywhere in public and in a building. I think that’s still necessary, at least until we see a little higher vaccination rate in the county.”

Ford said he and the rest of the county commission are fully vaccinated.

Ford said he received his initial shot earlier than expected; the Riley County Health Department and the Emergency Operations Center encouraged him to get it at the time because his job involves working with various people in-person.

“My plan all along was to get vaccinated at the appropriate time,” he said. “As for me, I had no real concerns about doing so even though I’m generally not a vaccine person. My ability to be safe and healthy for everyone around me, both professionally and personally, overall outweighed all other variables.”

Ford said he didn’t experience any major side effects other than arm soreness and stiffness and “a really tough day” following his second shot.

He encouraged others to also weigh the pros and cons of receiving the vaccine.

McKinley said he was able to sign up for vaccinations when they were first announced because he is over the age of 65.

“I expected that having the vaccinations would allow me more freedom to go places,” he said. “The main priority was to see my mother. She is in an assisted living facility and for safety, they had not allowed visitors since last spring.”

McKinley said the facility began allowing in visitors who had been vaccinated after residents and staff members received their shots.

McKinley said he and his wife had varied reactions to their vaccines. His wife experienced no side effects, while he felt arm soreness both times and generally unwell after the second. McKinley added after he received his second shot he had “COVID arm,” which is when his arm developed a rash and felt hot to the touch for a few days.

Carlin said as someone who has seen firsthand how polio could affect her own family and friends, it was an easy choice then to get that vaccine, and it was not a hard decision to get the COVID vaccine either.

She said she wanted to be able to continue doing her job and not be taken down by another illness, as she also spent months recovering from a heart virus for much of 2020.

Carlin said she understands people want choices, but she recommends others follow suit in getting vaccinated.

“I think the plan nationally seems to be, and with our governor, we know it works and we hope you’ll do it,” Carlin said. “I hope that’s what we’re able to stick with because nobody wants to be told they have to do anything, but if they’re shown that’s something they can do and help them, I hope they will take that opportunity.”

Dodson said he and his wife are fully vaccinated, and they were near the front of the priority list because of their ages.

“We took the vaccine both to protect ourselves and to help increase protection for the community,” Dodson said.

Hawk said he received the Moderna vaccines in Riley County because on a personal level, he wanted to see his grandchildren. But on a larger scale, he said he had to weigh what would contribute to the greater good, which is not only protecting himself and his loved ones but also others around him.

“We will never go back to the old normal,” Hawk said. “We always have a new normal. It’s usually more gradual and this is a little more abrupt, but we’re not going to be able to create a new normal where the economy works well and we have appropriate social relationships that are safe until we get to herd immunity. The only way to get to that in a fairly rapid period of time is through vaccines.”

Hawk said he continues to wear masks in public and physically distance as much as possible to limit his potential of spreading the virus, especially while working in close quarters at the Capital.

Carole Baskin weighs in on tiger still missing in Houston