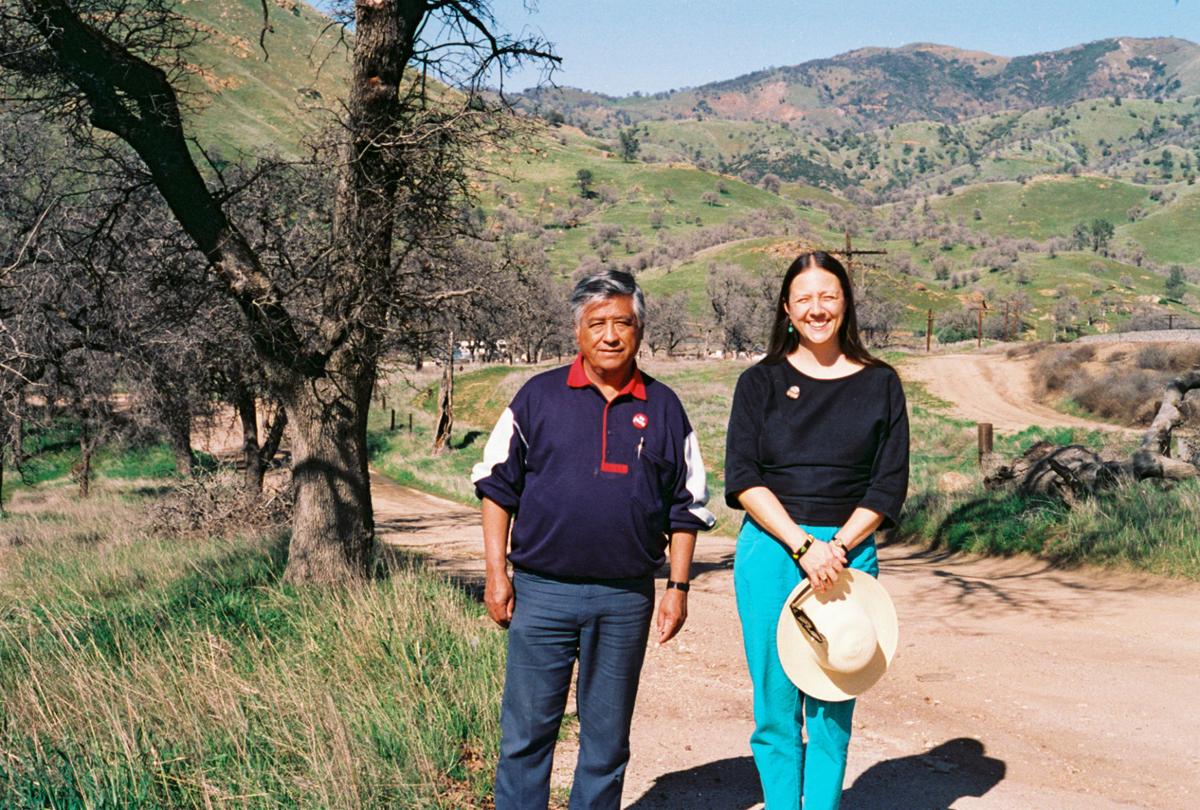 Yolanda Broyles-González, university distinguished professor and head of the American Ethnic Studies Department at K-State, poses for a photo with Cesar Chavez, in La Paz, California, in 1993 at the United Farm Workers of America headquarters. Chavez died a couple of weeks after this photo was taken. Broyles-González is in the process of finishing a book about Chavez. 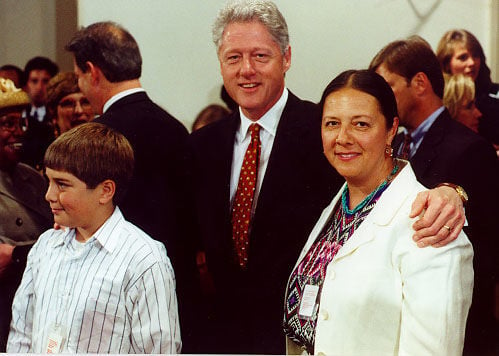 Yolanda Broyles-González was honored by President Bill Clinton at the White House in 1998 after winning an Equal Pay Act lawsuit against the University of California. The lawsuit was seen as a landmark and featured at a ceremony during the 35th anniversary of the 1963 Equal Pay Act. 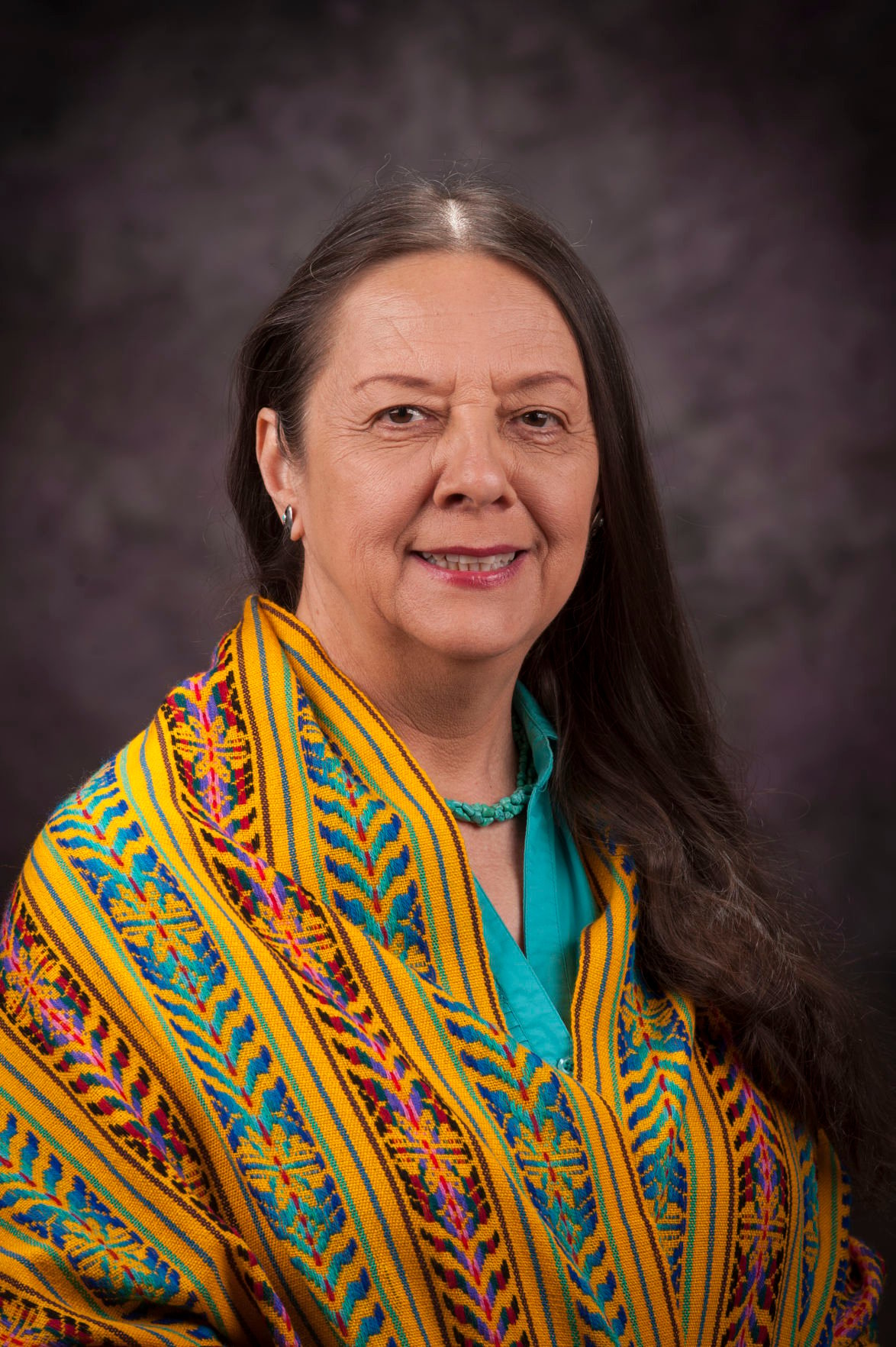 Yolanda Broyles-González, university distinguished professor and head of the American Ethnic Studies Department at K-State, poses for a photo with Cesar Chavez, in La Paz, California, in 1993 at the United Farm Workers of America headquarters. Chavez died a couple of weeks after this photo was taken. Broyles-González is in the process of finishing a book about Chavez.

Yolanda Broyles-González was honored by President Bill Clinton at the White House in 1998 after winning an Equal Pay Act lawsuit against the University of California. The lawsuit was seen as a landmark and featured at a ceremony during the 35th anniversary of the 1963 Equal Pay Act.

Growing up dirt poor and the target of racial discrimination helped mold Yolanda Broyles-González into the fervent advocate for social justice she is today.

As an activist and author, Broyles-González, university distinguished professor and head of the American Ethnic Studies Department at K-State, is in the process of adding a new title to her list of published works. The manuscript is a compilation of the lectures Cesar Chavez taught during a 10-week course he gave at the University of California, Santa Barbara in 1992 when Broyles-González was the head of the Chicana and Chicano Studies Department at that university.

Although it’s been nearly three decades in the making, the book is the result of a promise she made to Chavez in the weeks before his death in April 1993.

“The last time I visited with him, he said, ‘Yolanda, I’d like to see this turned into a book,’” she said. “I said, ‘Yes, I will do that.’ It is his grand life’s retrospective, and the title is ‘Cesar Chavez: Handbook for Humanity.’”

Chavez was an American labor leader and civil rights activist. He was a co-founder of the National Farm Workers Association which later became the United Farm Workers Labor Union.

In the California Farm Labor History course, Chavez covered a retrospective of his life organizing farm labor, his strategies and his vision including what it means to be human.

“It was so engaging,” Broyles-González said. “During the course … he would take students with him to organize in the Coachella Valley, and they were negotiating contracts. They were struggling still for farm labor work conditions to improve. He would take these students along, so they could see firsthand the work and be part of that work.”

Long before she met Chavez in person, Broyles-González became familiar with his work. At 18 years old, she saw the fight the farmworkers of America had taken on; their tenacity inspired her.

“It was the uprising of the least of these against the most powerful corporations,” she said. “It was the poorest sectors of society — the agricultural workers, the farm workers, rising up against agribusiness which was the most powerful businesses in California and so it made a huge splash. It was very impressive.”

She watched as the poorest sector of the United States rose up in a David-and-Goliath struggle against the powerful farming industries, she said.

“To me, every single farmworker who decided to leave the fields and picket and go on strike and demand treatment as a human is iconic to me,” she said. “They’re all iconic but specifically I heard about Chavez.”

In her first year of college, she represented the University of Arizona in Germany as a study-aboard student. While there, she joined with others to support the United Farmworkers in a boycott.

“There were volunteer activist groups, not only in Germany that I was part of, they were in Paris, they were in Oslo, they were in all the major capitals,” she said. “This struggle was so inspirational that people became volunteers to help these farm laborers. The boycott that began in these isolated fields in California became global.”

It would still be many years before she met Chavez, but her early years already had set the stage for her to understand what the people were fighting for and to pick up the mantle he and other social justice advocates carried.

“He was inspirational to me because we came from a similar situation,” Broyles-González said. “My family and everybody I knew in the neighborhood were always on the edge of being evicted for not paying the rent. We went long periods with no food. And there was one period of time where my family ate beans for three years, that’s all we had, that’s all we could afford. Chavez comes from a similar thing — this gut-wrenching poverty. When you’ve experienced that … it’s inspirational when somebody coming from the same impoverished background rises up.”

She recalled conversations she had with Chavez about their similar heritage. They would speak about the lack of education about Mexican-American history. There is a void in the written history of events, which shaped the trajectory of both countries.

“We don’t write about the enslavement of our peoples,” she said. “His grandparents were slaves in Mexico and escaped. In Mexico, slavery of native peoples, and in California ... the enslavement of indigenous peoples. He and I were very clear that our grandparents’ generation had been slaves and yet it isn’t in the books.”

Broyles-González’s family is from the Yaqui tribe, or Yoeme as it is known to her people. Her tribal heritage is in the Arizona Sonora Desert. Some of the the land is in Mexico and some in the United States; it is divided by a border fence. As a person of color, she grew up seeing what was not available to her because of her heritage.

Her family moved where they could find work, but wherever they went, she saw the segregation. One incident that stands out in her memory is when she attended high school in Tucson, Arizona.

“I was a member of the tennis team, and this was a tennis team of students of color,” she said. “When we went to the championships in Phoenix, we had to sometimes sleep in a car because hotels wouldn’t accept us. There were signs — no dogs, no Mexicans, no Blacks, they were all over the place.”

She reached adulthood just as the Civil Rights Act passed, which allowed her a slot in the first college class after it became illegal for schools to deny her that right. This opened doors that would have otherwise been shut to her.

Broyles-González took over the American Ethnic Studies department at K-State in 2013, leaving the University of Arizona where she was a professor of Mexican-American studies.

Broyles-González has made it her life mission to tell the stories of people’s struggles and to help bridge the continued divide in America.

“That is why I came to Kansas,” she said. “I feel that this is a place where, what I have dedicated my life to, can conceivably be put to use.”

Finishing the book is one more step in that direction. In the Southwest part of the country the name Cesar Chavez is known, but the book she is working on will capture a piece of his life that is not so well documented, she said.

“He had reached, by the end of his final years, a whole different view of society,” she said. “He had evolved, and that’s not captured in any books. I think it’s important to have the whole Chavez in a book and not just the early Chavez. I think that evolution is really important. I think that will illuminate this great figure of American history.”

To finish the book is a piece of her life’s goal. It’s important for people to know the lessons Chavez taught, she said, and she will fulfill a long-standing promise she made. But Broyles-González also hopes her words will touch people and help them understand an important part of American history.

“It’s about a freedom struggle,” she said. “It’s about social justice. It’s about the inspiration of seeing the poorest segment of society rise up and demand their rights as human beings. It has all of that and it feeds my soul, it surely feeds my soul.”