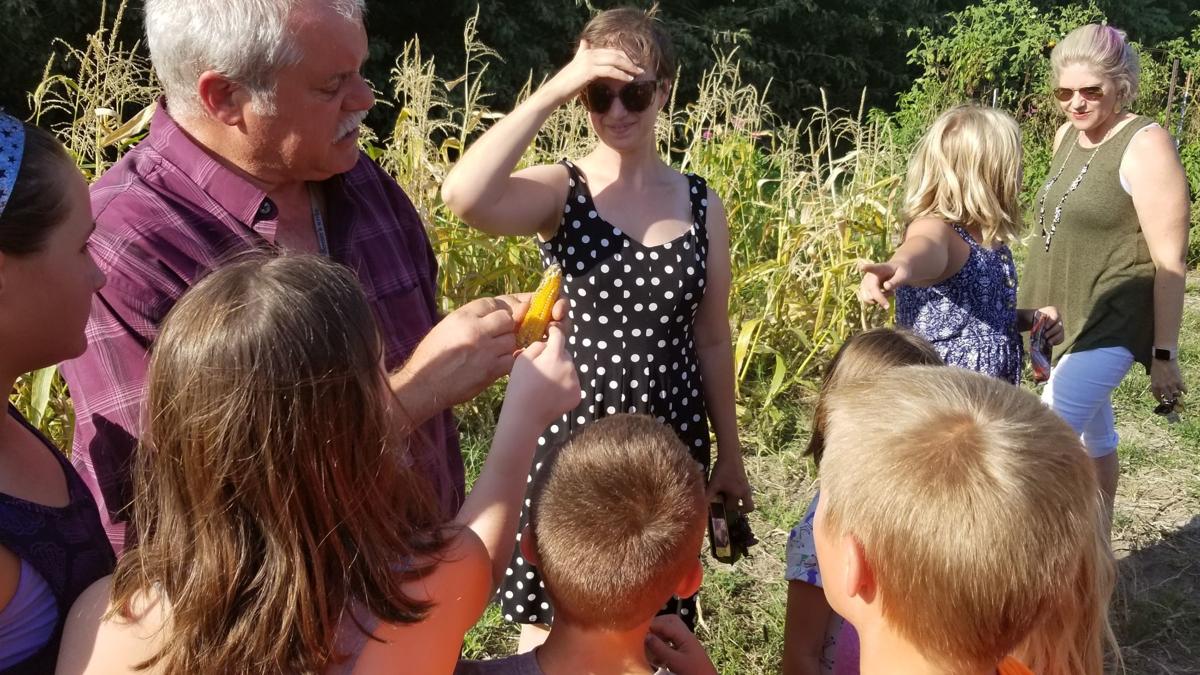 David Atchison, music teacher at Ogden Elementary, shows a tour group of children, teachers and parents an ear of corn for popping. Atchison tends to the school’s community garden five blocks south of the school. 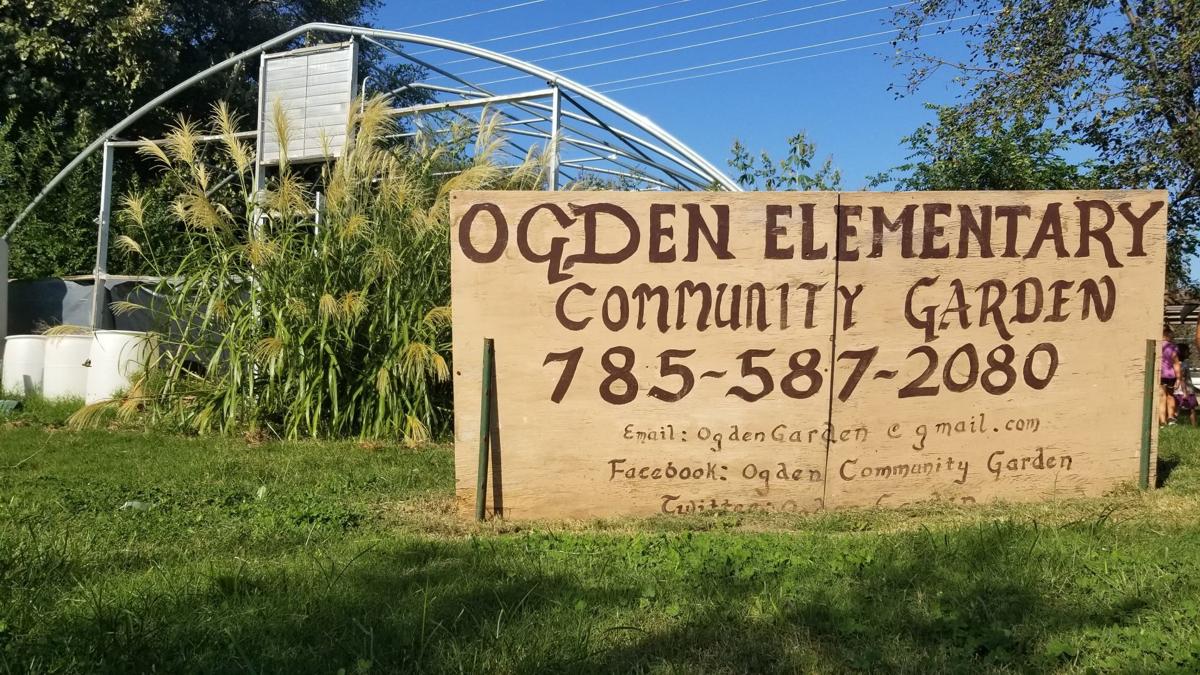 The Ogden Elementary Community Garden, five blocks south of the school, has been tended by music teacher David Atchison for the past two decades. 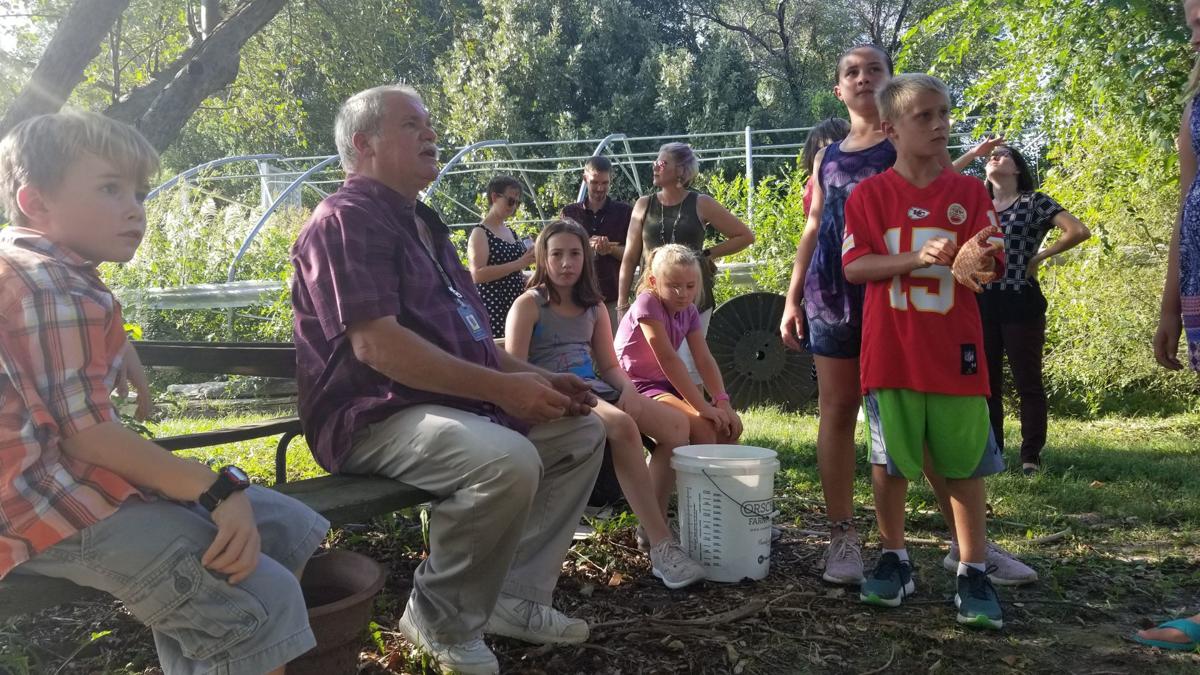 David Atchison, music teacher at Ogden Elementary, shows a tour group of children, teachers and parents an ear of corn for popping. Atchison tends to the school’s community garden five blocks south of the school.

The Ogden Elementary Community Garden, five blocks south of the school, has been tended by music teacher David Atchison for the past two decades.

Some of the children were about as red as the tomatoes, but despite the hot Wednesday afternoon, they listened intently and excitedly as David Atchison led them through the Ogden Elementary School’s community garden.

Atchison, the music teacher at the school, stopped by a sunflower and told them all about a man named Fibonacci, who lived almost 1,000 years ago and came up with an idea about a sequence of numbers where the next number is always the sum of the last two. The children looked on in amazement as Atchison explained that you could see the pattern of those numbers in the swirls of seeds on the sunflower’s head.

Next, he showed them a short stand of corn, plucked an ear and shucked it. He pulled off dried, golden kernels, and speaking slowly but deliberately, he told the kids how they’d be able to make popcorn when they each picked their own ears to take home.

The tour, which was open to the public, was comprehensive, and he walked them by the small patches of tomatoes, peppers, jalapenos, watermelon, corn and flowers at the garden. Afterward, he sat a dozen kids and a handful of adults underneath the shade of the apple, peach and cherry trees for some cool watermelon and ice water.

The garden itself dates back 30 years, Atchison said, but he’s tended to it for the past 20 years. He first started gardening at age 4, when his dad let him have a small patch of his garden to grow onions. He knew when he became a teacher that he wanted to pass on what his dad taught him and what he’s learned in the 57 years since he first pulled weeds.

Every Wednesday, the school’s garden club “helps” him with the day-to-day activities. It’s more of a learning exercise than anything, but to Atchison, the minds he grows are just as important as the vegetables. He boasts that there has not been a single injury in his 20 years at the garden, and the garden keeps kids excited about school.

The children take some of the vegetables home, and Atchison distributes much of the remaining produce among the school’s teachers and staff. This year, Atchison said that’s included about 50 gallons of tomatoes from the 175 plants they put in this year. Atchison said he tells the children that occasionally, other community members will come and take from the garden, but that’s OK, because they probably need that food.

“When I meet people in the garden who might be homeless, or insecure for food, I always invite them to take goods,” Atchison said. “I learned that from my dad, too. He loved nothing more than giving away a big head of broccoli and acting like it was no big deal.”

A few other community and school members help Atchison maintain the garden throughout the year, and those volunteers shift every couple of years. That’s just the nature of relying on the parents of students who will inevitably graduate.

Atchison said the school district has been supportive of the garden, and the city helps with the water needed to grow the plants.

Lydia Campanella, a kindergartner at Frank Bergman Elementary, said her favorite part of the tour was the flowers.

“I loved the flowers,” she said. “I smelled them. We have a garden at home, and we grow a lot of a asparagus.”

She also wanted The Mercury’s readers to know that she has two cats and eight chickens.

Avery Wahle, a fourth grader at Woodrow Wilson, said it was the biggest garden she’d seen.

“I really liked the tomatoes,” Wahle said. “They smelled really good and taste good when you eat them with salt.”

The garden requires a lot of care and weed-pulling, but for Atchison, it’s been a labor of love.

“When you go through the stress of teaching kids who have a lot of needs, this is a great way of letting out stress,” he said. “I don’t take my complaints home and lay them at the feet of my wife. I can come to the garden and work through them a bit.”

This self-driving car has no steering wheel or pedals

THIS WEEK: 413 Celebrations of School Choice Week Organized by Schools, Organizations, and Individuals Underway in Kansas