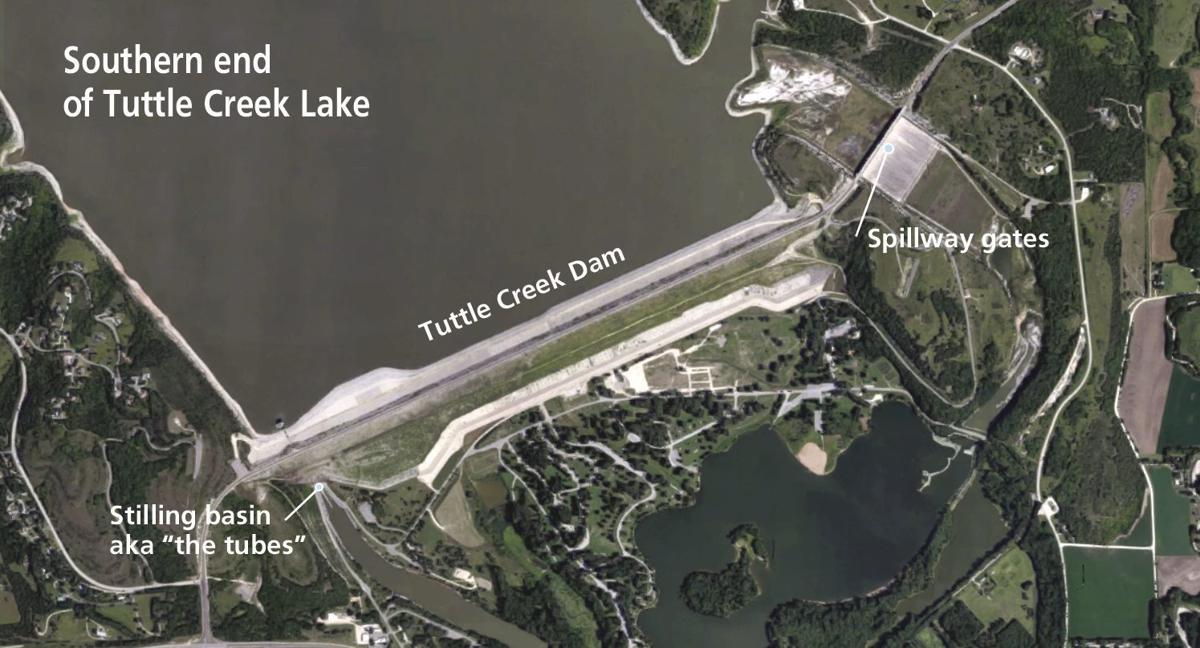 A map of the southern end of Tuttle Creek Lake, showing where the stilling basin and spillway gates are located. 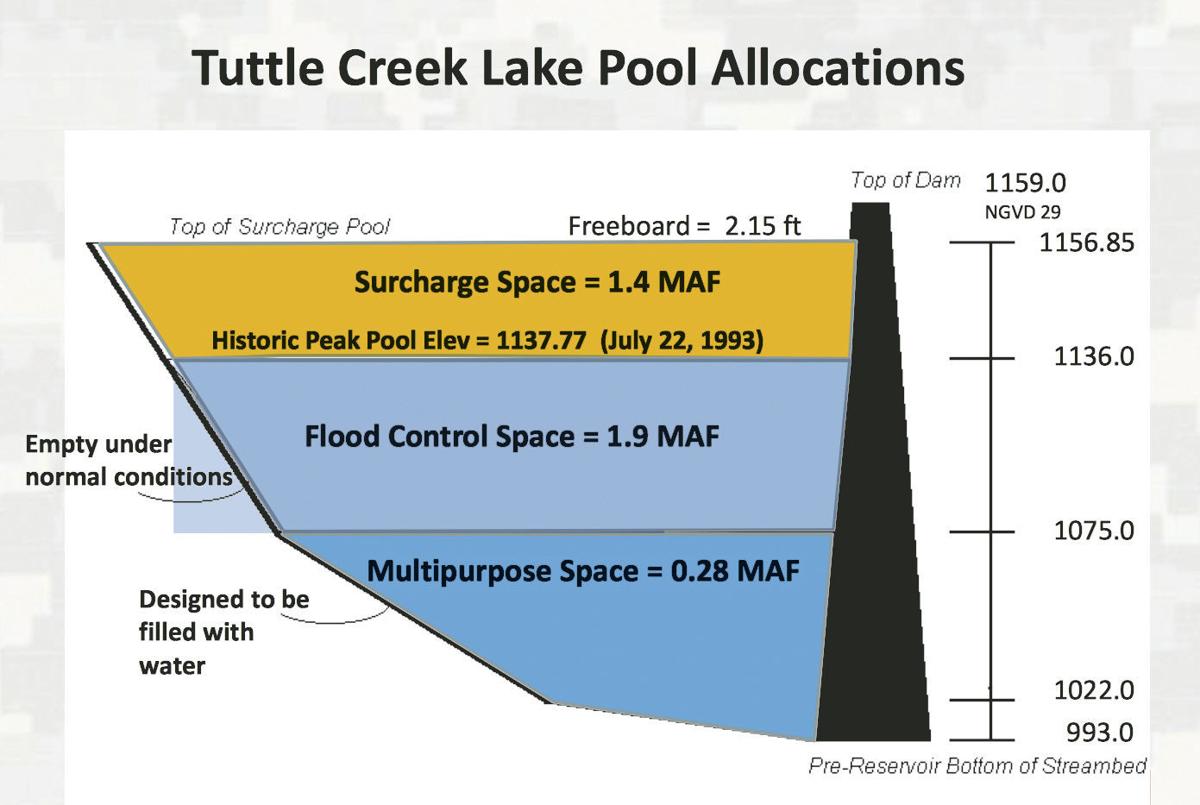 This diagram shows the elevations of Tuttle Creek Lake relative to the height of the dam. 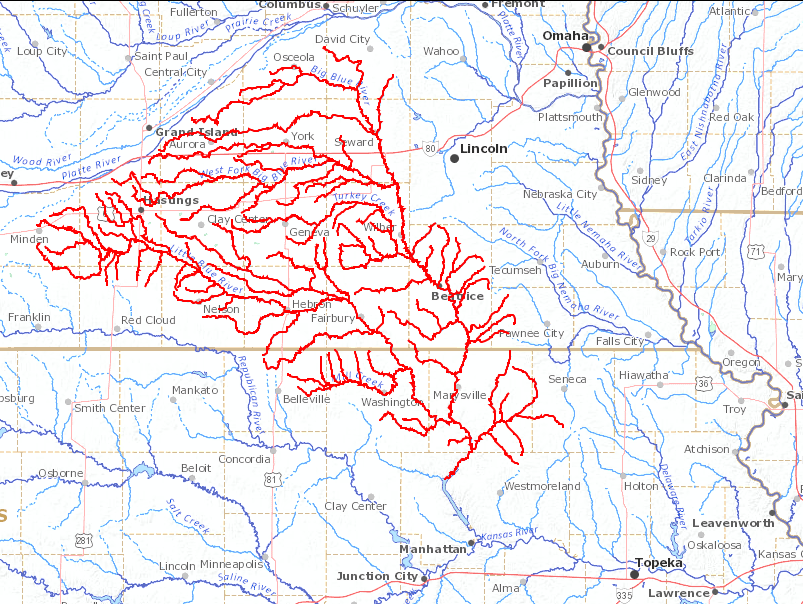 A map shows all of the rivers that flow into the Blue River, which is the southernmost red line. 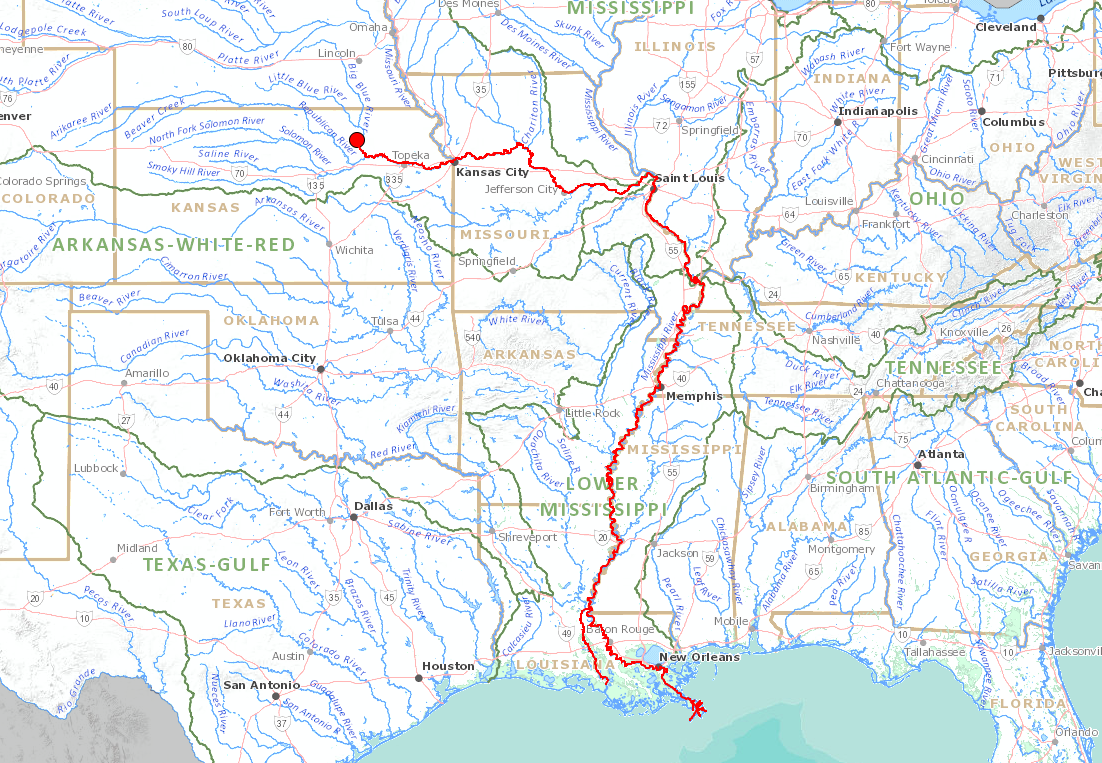 A map of the southern end of Tuttle Creek Lake, showing where the stilling basin and spillway gates are located.

This diagram shows the elevations of Tuttle Creek Lake relative to the height of the dam.

A map shows all of the rivers that flow into the Blue River, which is the southernmost red line.

As Tuttle Creek Lake levels continue to rise, area officials have been warning residents to be alert and prepared in the event of flooding.

Here is a guide to how the dam works.

What does the dam do?

The U.S. Army Corps of Engineers, which manages the dam, completed the dam in 1962. Its purpose is to mitigate flood damage, serve as a municipal and industrial water supply, provide river and stream navigation support, support fish and wildlife, and serve as a recreation spot.

Basically Tuttle Creek is part of a larger system of dams that help to maintain stream flow and prevent flooding across several states.

Tuttle Creek Dam was created after the flood of 1951, which swept down the Kansas River valley into the Missouri River basin when intense rains occurred over the Kansas River basin. According the Kansas Historical Society, flooding started just above Manhattan on the Big Blue River and eventually covered downtown Manhattan with 8 feet of water.

That event created the push to build the dam. The Corps estimates the dam has prevented billions of dollars of flood damage since it opened.

How does the dam work?

The main components of the dam include an earthen embankment section, which serves as the main water barrier; a stilling basin that allows controlled release of water out of the dam; and emergency spillway gates, which can release much more water very quickly during flood events if needed.

The stilling basin, or “tubes” as many people call them, are where water is normally released.

The spillway gates are a concrete structure that extends across the Big Blue River channel, which is 720 feet wide. Its purpose is to provide an additional outlet to release water from the dam if a major flood event were to occur. According to the Corps, at its maximum, the spillway can pass up to 4.3 million gallons per second through its gate or 578,300 cubic feet per second. This would roughly be six and half times the volume of an Olympic-size swimming pool per second.

The only time the spillway gates were opened was in 1993 after heavy summer rains caused water levels to reach 1,136 feet. The lake would have to reach this point once more before officials would start releasing water from the spillway without regard to downstream conditions.

What flows into the lake?

Many creeks and rivers that stretch across central Nebraska feed into Tuttle Creek Lake, with the largest tributary being the Big Blue River. That river flows for about 359 miles from central Nebraska into Kansas. It meets the Kansas River just below the southern end of Tuttle Creek in Manhattan.

What flows out of the lake?

The target point lake officials look toward to dictate releases is in Waverly, Missouri, about 73 river miles east of Kansas City. The station there is still in the major flood stage point at 31.7 feet.

How did we get to this point?

Serious flooding in areas north of the lake and along the Missouri River have affected the flows at Tuttle Creek Lake. Lake officials have been keeping outflow rates at a minimum to avoid over-inundating areas below the dam.

Anything that flows into the Kansas and Missouri River basins also can impact flows further down the river.

A rainy spring has caused lake levels to rise steadily, leading to the reservoir’s third-highest elevation since it was created.

Officials must monitor all these moving parts to create the minimum amount of damage and impact to people.