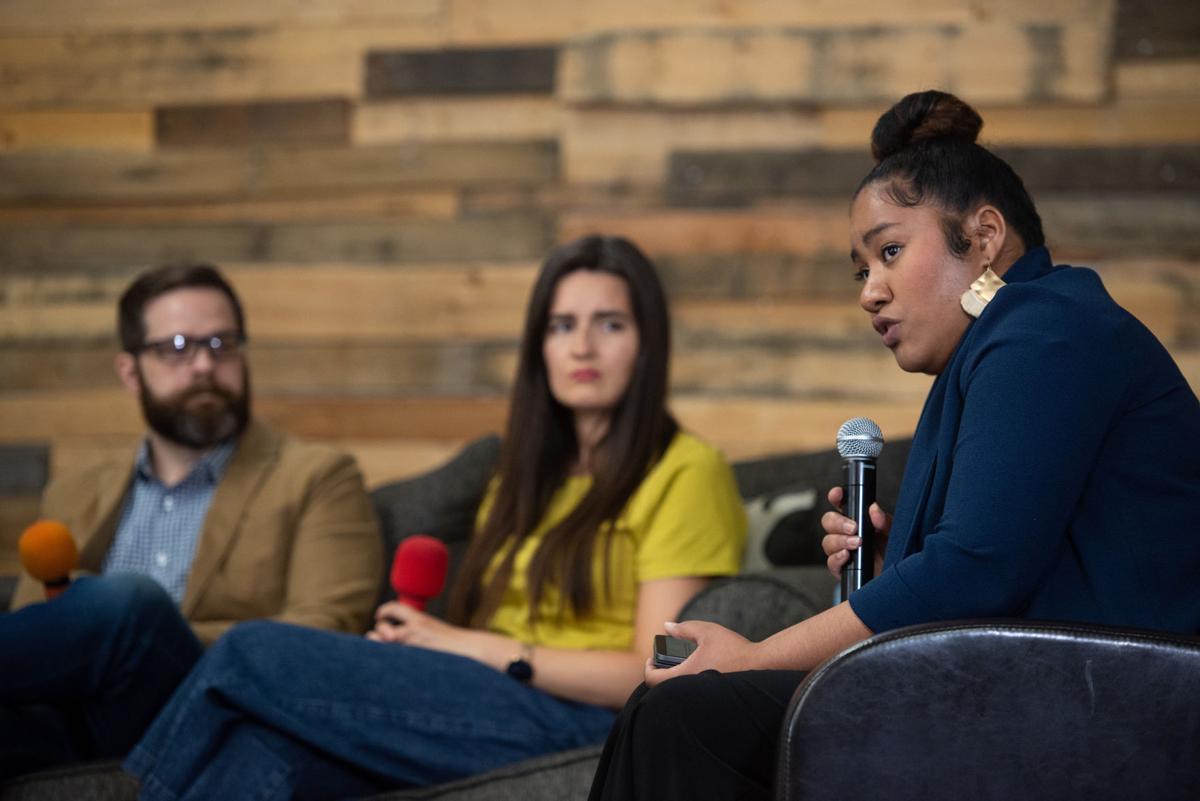 Sheila Ellis-Glasper speaks during the virtual talk centered around understanding racial reconciliation and the church next to Sarah Siders and Josh Siders at Manhattan Christian Fellowship Church on Thursday. 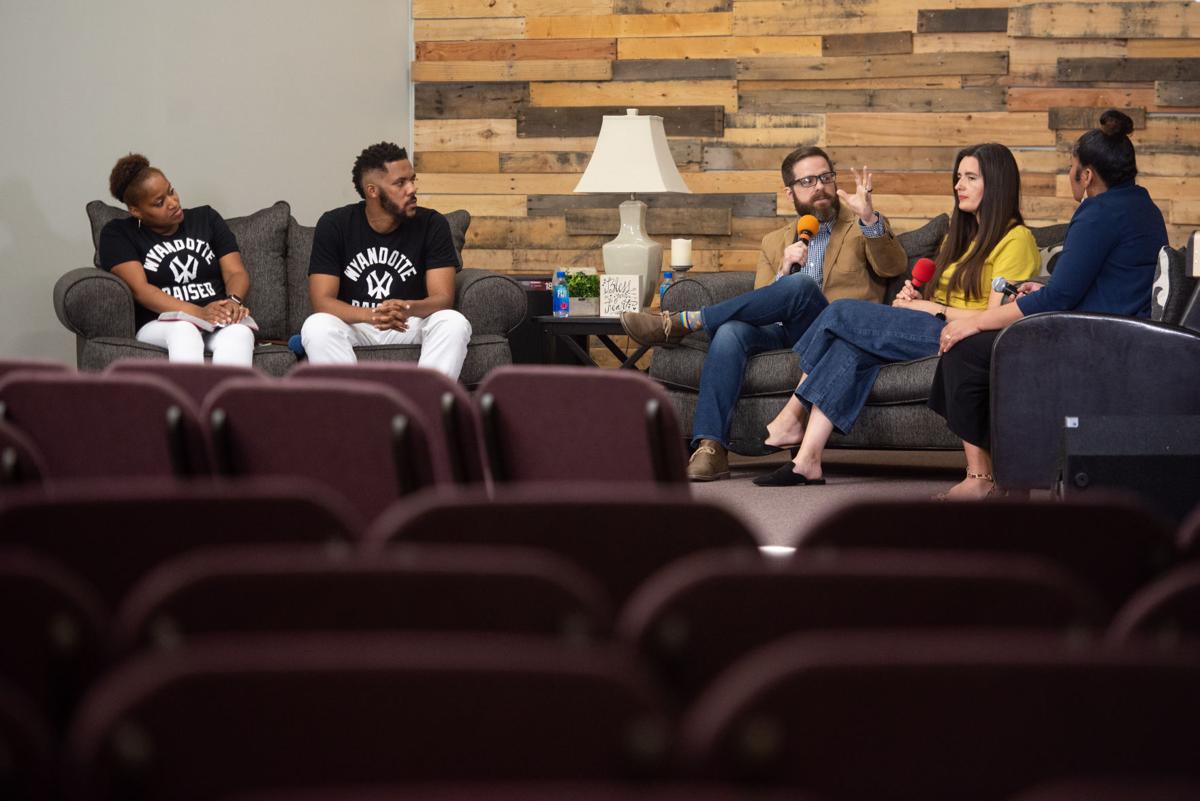 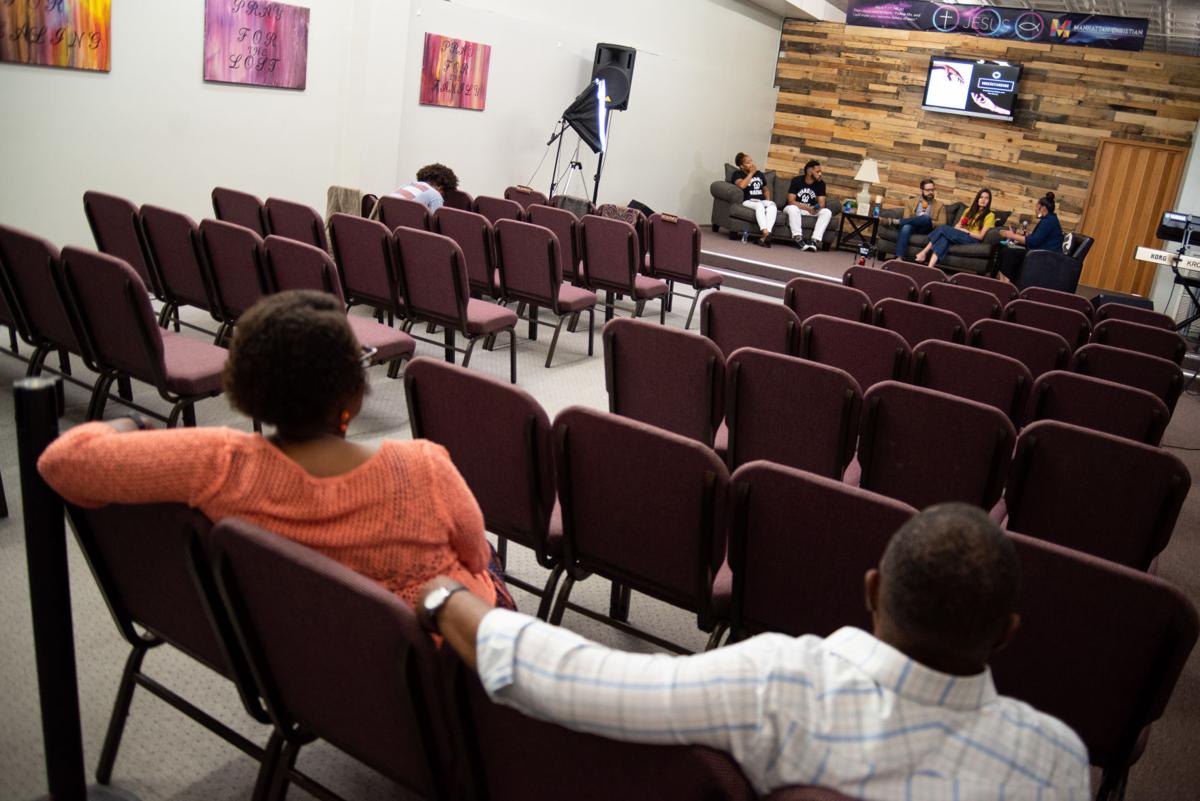 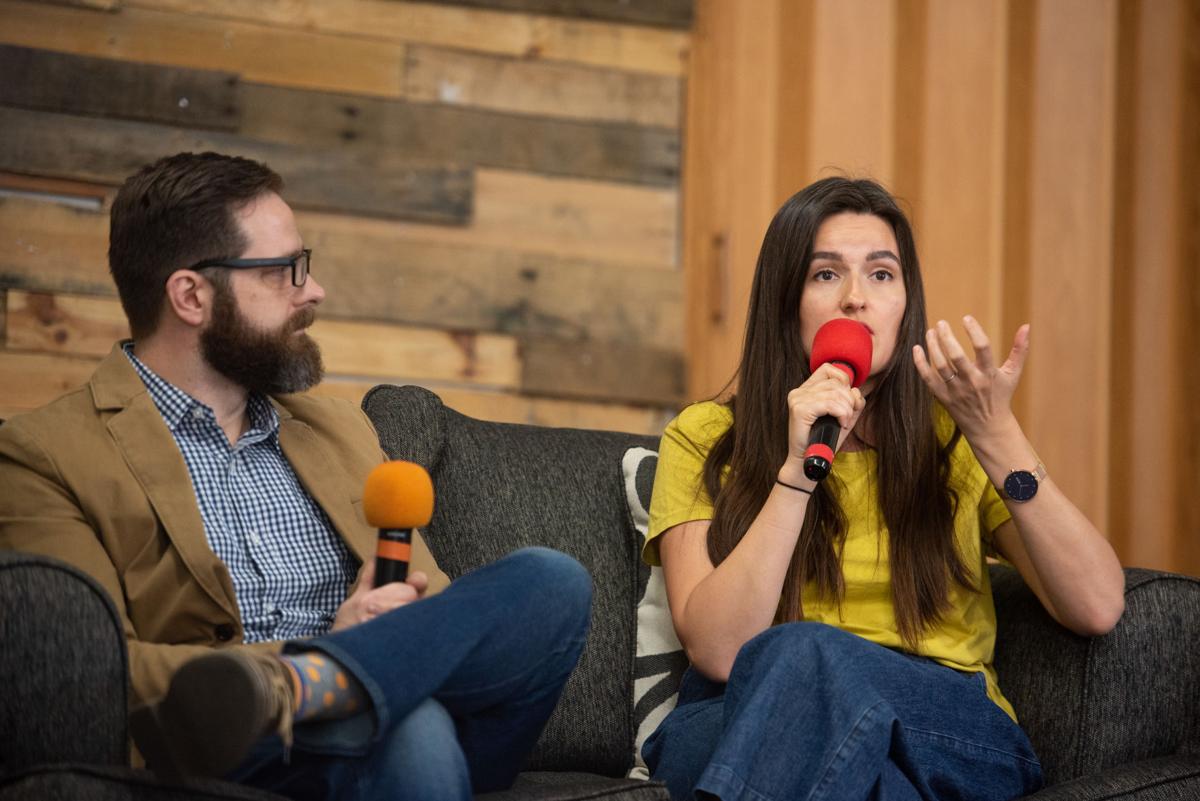 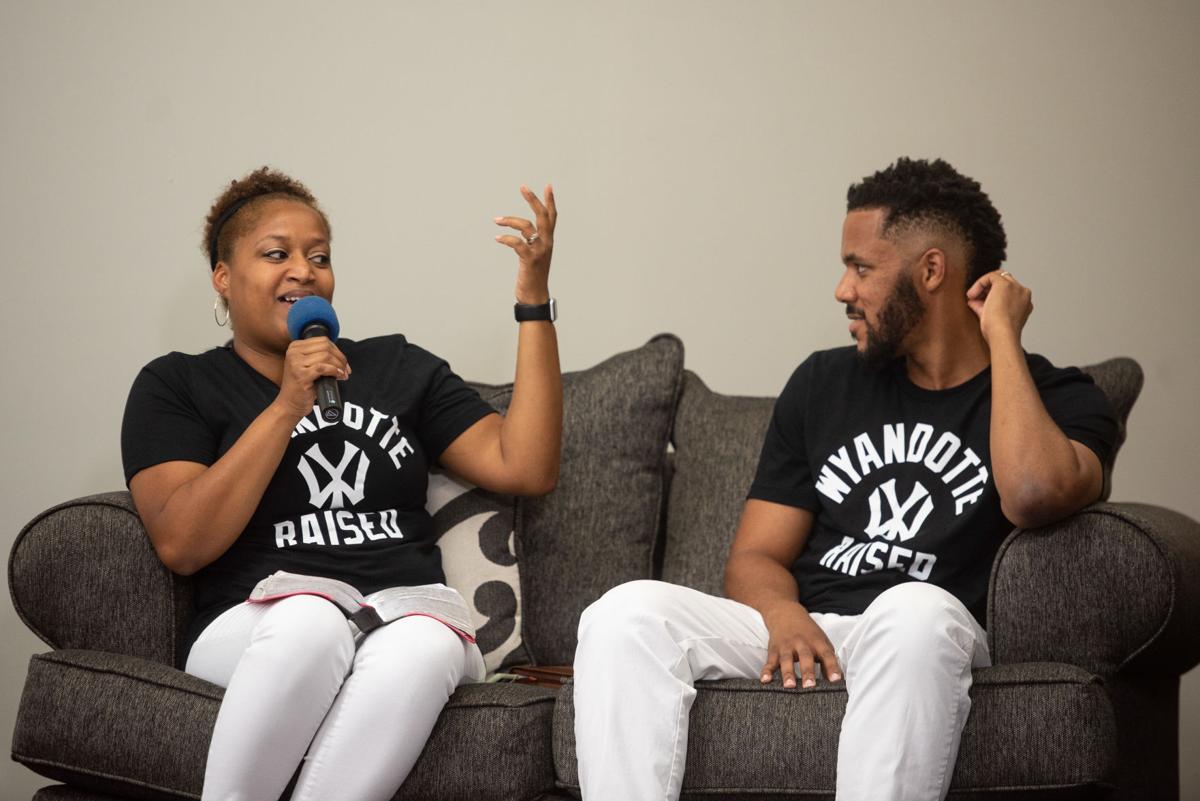 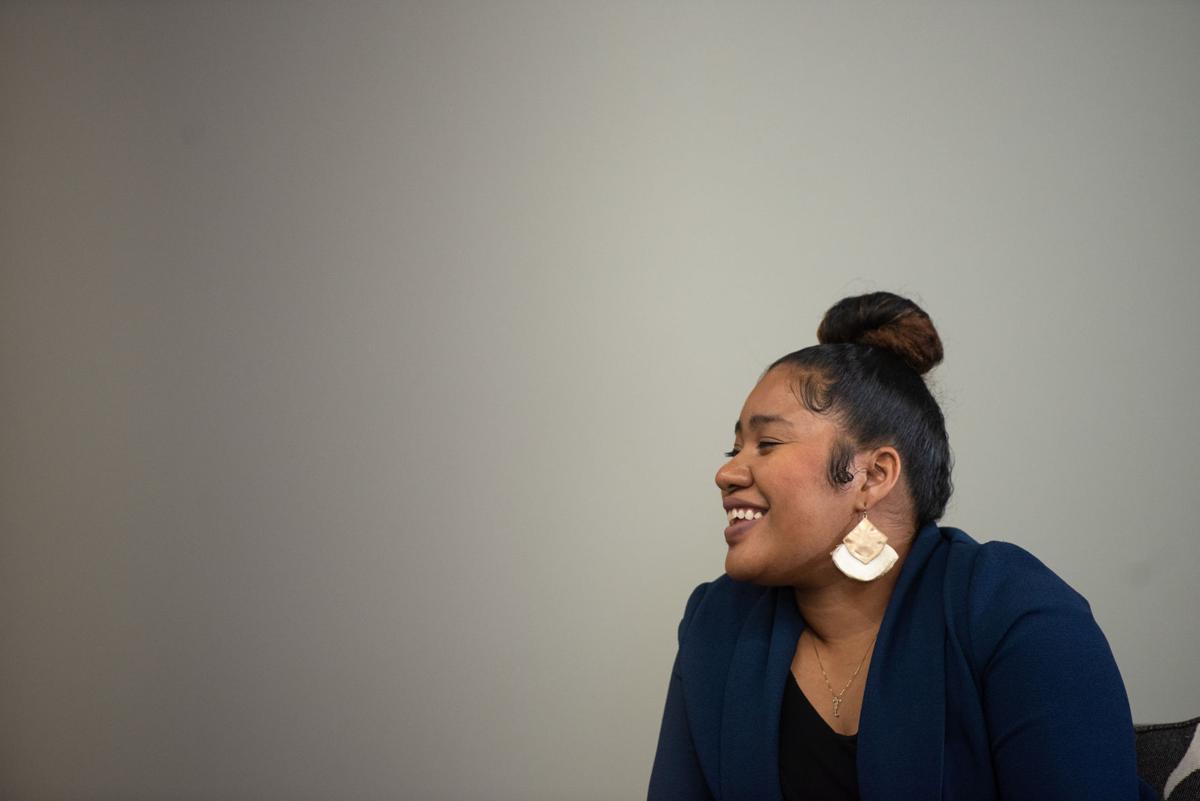 Sheila Ellis-Glasper speaks during the virtual talk centered around understanding racial reconciliation and the church next to Sarah Siders and Josh Siders at Manhattan Christian Fellowship Church on Thursday.

Pastor JahVelle Rhone is encouraging more than just a conversation on racial injustice; he wants to see action.

“It’s like important for us to recognize that God is not only calling us to have a conversation, but he is calling us to do,” Rhone said.

Rhone, associate pastor of the Manhattan Christian Fellowship Church, with his wife TeAndra, who is also an associate pastor at the church, joined pastors Josh Siders and Sarah Siders of The Well church on Thursday evening to have a conversation about racial reconciliation and racial injustice. Sheila Ellis-Glasper moderated the conversation.

Sarah and Josh spoke about their journey of learning about racial injustice and the Black Lives Matter movement.

“If we believe that all lives matter,” Josh said, “then can we say, ‘Black lives matter’? And this is really, to me, I think, the fact that we keep coming back to Black Lives Matter as a hashtag, as a movement, it is really pinning down to white America, ‘Can you agree with this?’”

The inequality and the violence African Americans face, Sarah said, is something God wants people to draw and focus their attention on to make change.

“Those three words (Black Lives Matter) have been resonating around our nation for almost a decade since Trayvon Martin’s murder, and I mean we’ve been dealing with racial injustice here in the United States for 400 years, right?” Sarah said. “And all of a sudden we have these three words... There’s a heart beat to it. And it’s starting to resound. It’s starting to make sense to people. We’re seeing people being able to see the difference between all lives matter and black lives matter.

“It is God himself who is saying, ‘Enough is enough.’”

“Even though I am African American, I did not quite understand it at the beginning,” TeAndra said. “And I believe, and I was thinking today, I believe it’s because I dealt with a lot of racism growing up after my parents moved out of the city to the suburbs. And so I became desensitized to a lot of racism, and I just kind of brushed off as this is the way life is.”

JahVelle talked about an incident when he, his wife — who was is girlfriend at the time — and his cousin and best friend, Bryon Williams, were on Fremont Street at 3 a.m.and the police pulled them over.

JahVelle said the police said he and his friend matched the exact description of people who had committed a robbery a couple blocks away. It was the day of his grandmother’s funeral, and JahVelle said he was wearing a white suit and Bryon was wearing a T-shirt and basketball shorts. The group was just returning to Manhattan from Kansas City.

TeAndra did not understand why the police pulled them over, JahVelle said.

“She didn’t understand what I understood in 1991 as a 4-year-old boy when my mom sat us down when Rodney King was beaten,” JahVelle said “... And so sitting down with my brothers and my parents sitting us down and saying, ‘If you’re pulled over by the police, if you experience this, make sure you do this, this and this.’”

The men stepped out of the car, stood on the sidewalk and the police officer received a call on the radio, returned to the car and later drove off, leaving them on Fremont in front of Bryon’s apartment, JahVelle said.

JahVelle said this happened about 15 years ago.

Why Covid-19 relief funds went to some members of Congress

Doctor: Covid-19 is 'out of control' in southern US

NH: GOV WILL NOT REQUIRE MASKS AT TRUMP RALLY