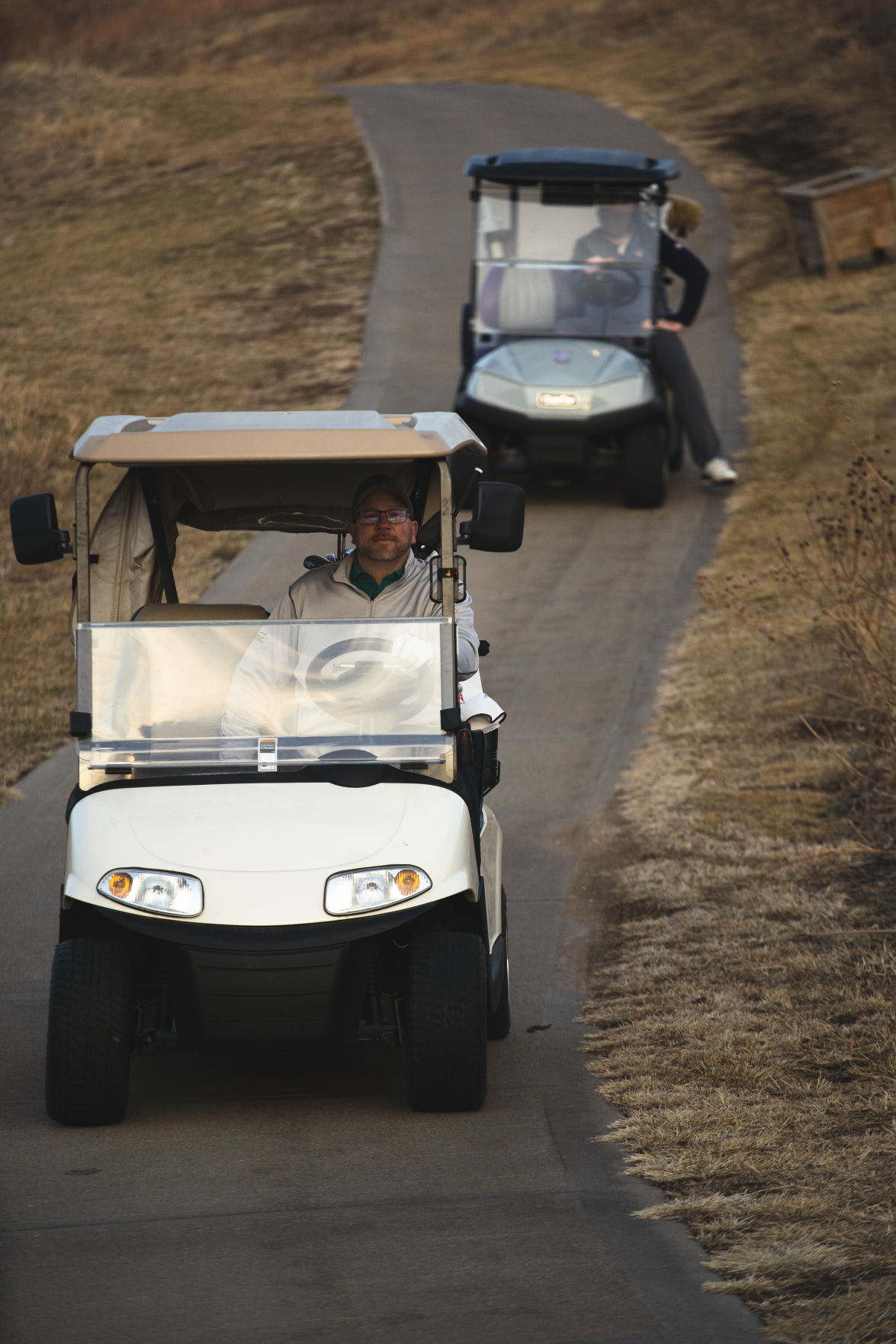 Golfing partners Mark Ellner, front, and Andrew Kutina drive back to the clubhouse after finishing a round of 18 at Colbert Hills Wednesday evening. 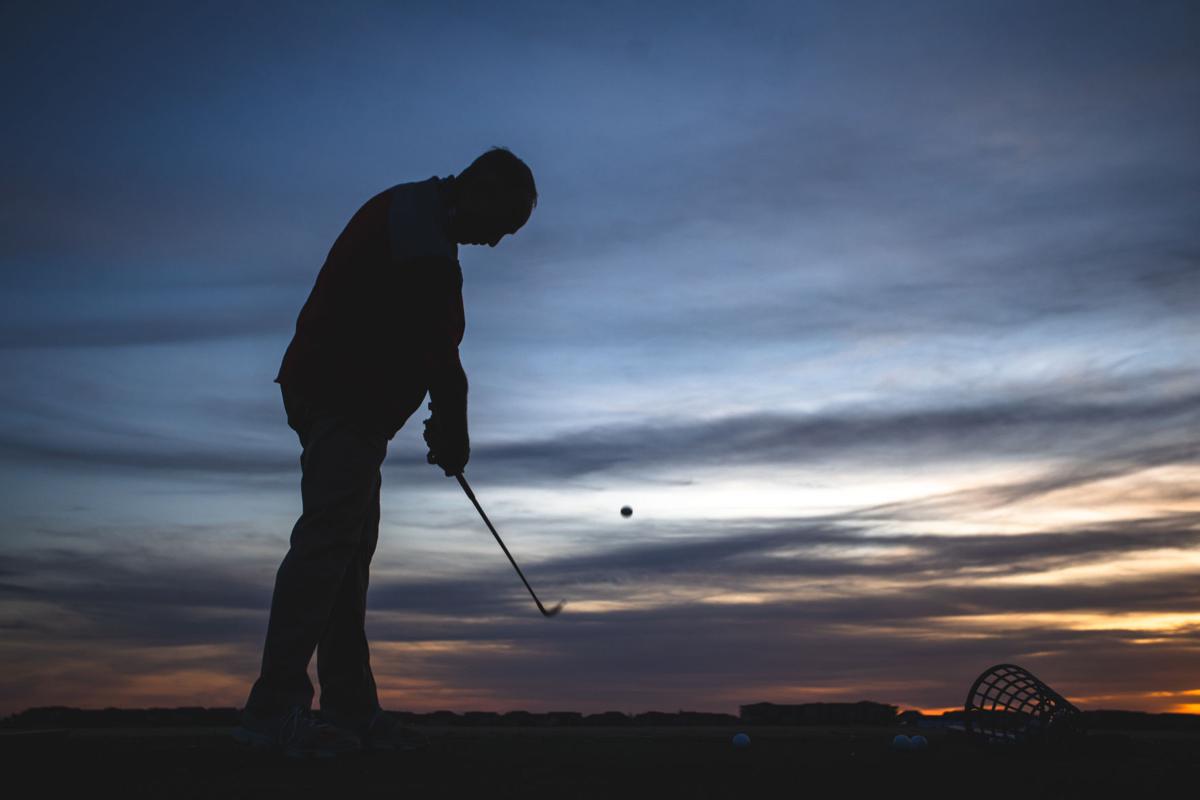 Brady Sauder takes a swing at the Colbert Hills driving range Wednesday evening. Golf has remained popular throughout the pandemic, helped recently by a mild start to the typically colder winter months. 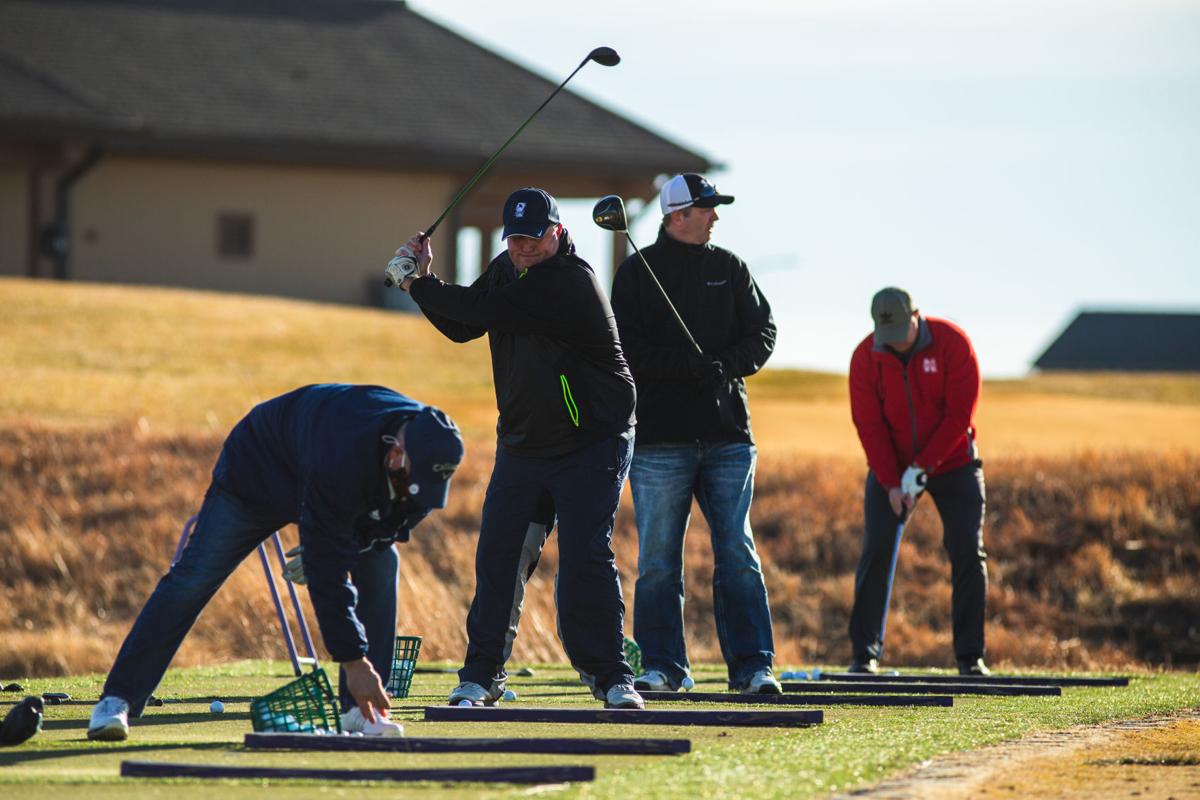 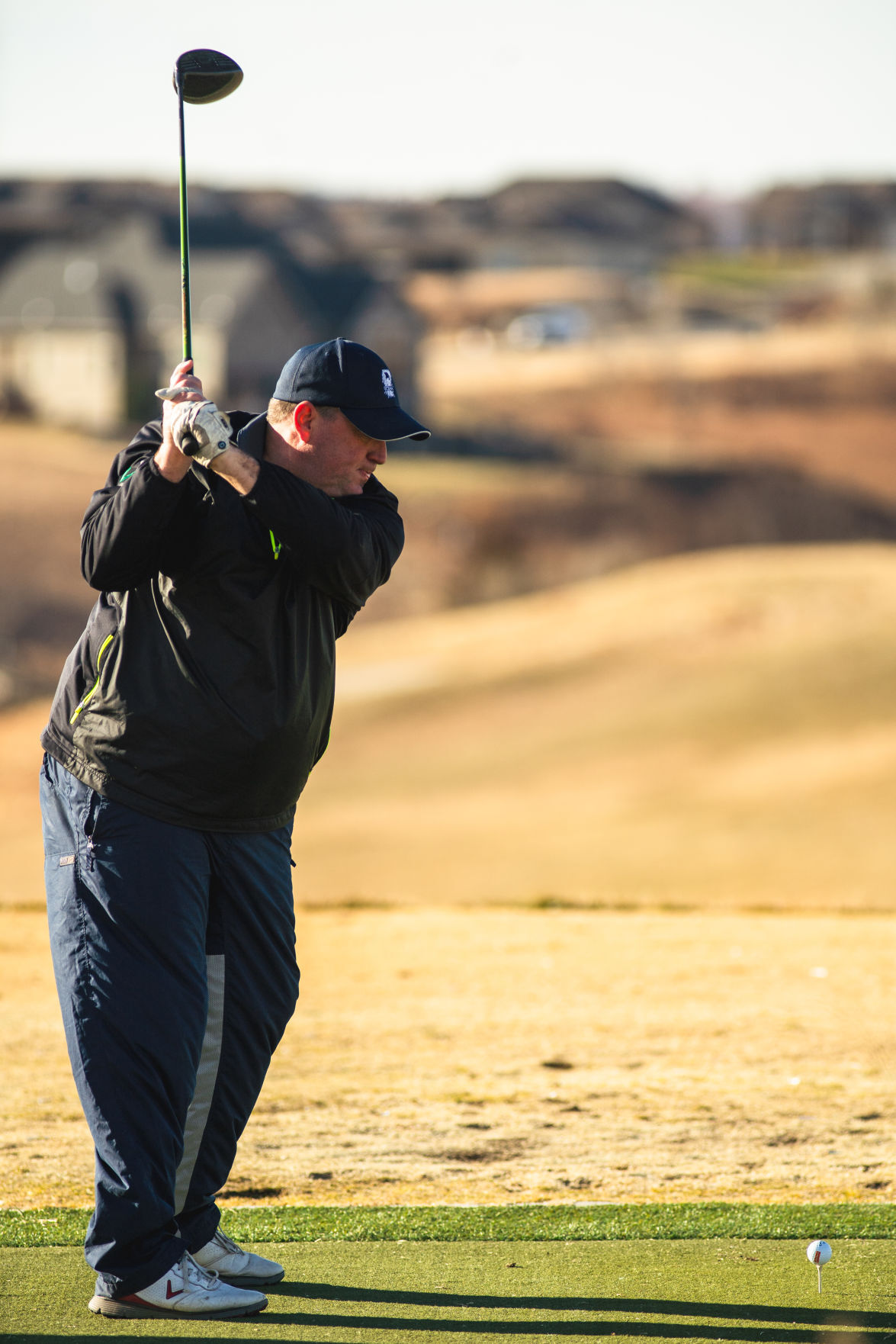 James Lintz winds up to drive a ball at Colbert Hills Wednesday morning. Lintz traveled from Nebraska to golf in Manhattan's warmer weather.

Golfing partners Mark Ellner, front, and Andrew Kutina drive back to the clubhouse after finishing a round of 18 at Colbert Hills Wednesday evening.

Brady Sauder takes a swing at the Colbert Hills driving range Wednesday evening. Golf has remained popular throughout the pandemic, helped recently by a mild start to the typically colder winter months.

James Lintz winds up to drive a ball at Colbert Hills Wednesday morning. Lintz traveled from Nebraska to golf in Manhattan's warmer weather.

The managers of local golf courses say they have seen a boost in players and membership purchases during the pandemic, and that trend has continued through the winter.

Chad Myers, general manager and director of golf at Stagg Hill Golf Club, said people want to get outside and enjoy their day, especially with temperatures ranging from the upper 40s to near 60.

“Anytime the weather looks good and there’s not much wind in wintertime, we’re going to see players,” Myers said. “It’s also been dry; we haven’t had much snow to keep people away.”

Scott Foster, general manager of Manhattan Country Club, said he also has observed a gain in membership in recent months, and players were roaming the course on Wednesday.

“It was nice that day, so we had a lot of people out,” Foster said. “It seems like 50 degrees is our member cutoff for being too cold.”

The increased membership is not exclusive to the Country Club.

Stagg Hill has gained 10 new members since Jan. 1. Last fall, Myers said the club ran a promotion, and the course gained about 25 more members. He said golf is something people have figured out they can do when they cannot go to other places because of the pandemic.

“It’s not as appealing to go inside stores and restaurants and things of that nature,” Myers said. “Being able to be outdoors and easily social distance I think kind of promotes golf.”

Myers said he cannot recall a year when he has seen this kind of influx of new memberships, especially in January. This past fall, he said he had a handful of students who had never played golf visit Stagg Hill to learn how to chip, putt and hit a ball.

“It’s growing with new players,” Myers said. “I had new people try to order sets of golf clubs in August, the starter set, and we couldn’t even get them from vendors because they ran out.”

Myers said Stagg Hill saw a 61-percent increase in total rounds of golf played in 2020. That’s an increase of 11,500 from 18,900 rounds in 2019 to 30,400 rounds last year. He said the number of new golfers has skyrocketed across the country, and he foresees that upward trend continuing over the next couple of years.

Jeremy Deitz, general manager of Colbert Hills Golf Course, said he has also noticed a significant increase in its champions’ club memberships. He said he noticed the increase around July when Deitz said people started to venture outside more. Deitz said his club saw an increase of about 4,000 rounds played between 2019 and 2020.

“We had a bunch of families coming out with our First Tee program. That has still maintained its members, and those students had a great year,” Deitz said. “The golf course overall has been very busy with play in general.”

Deitz said Colbert Hills adapted to COVID-19 health protocols regarding course safety, including purchasing inserts for cups to keep people from touching them, removing the bunker rakes and sanitizing golf carts. Last year, Colbert Hills canceled some events, but the course hosted several golf tournaments, including the largest amateur tournament in the state. Deitz said he is hoping the weather cooperates into February and March to keep players on the course.

“I can’t complain a couple of weeks into the new year,” Deitz said.

Deitz said he has noticed an increase in players who work from home, who want a break from their daily routine to play a round. He said he also had high school students who would finish their work early and have the rest of an afternoon to hit a few golf balls.

“Even in winter, you can take a break from your computer for two, three, maybe four hours even, and come out and play,” Myers said.

Myers said he has had a few people at Stagg Hill come down with COVID-19, but they have all recovered. He said there will be some cleaning procedures which will continue to be implemented by his club once the pandemic ends, along with maintaining an awareness of germs and infectious diseases.

“When somebody would get done with a golf cart, there was a major protocol to go through to get that thing clean and going again,” Myers said. “There are still people that don’t feel comfortable, and that’s okay; we have a window you can come through and check in. … It’s nice to be versatile in that way.”

Santa Maria man, dog charm the world in viral TikTok video: 'I love her more than my life'