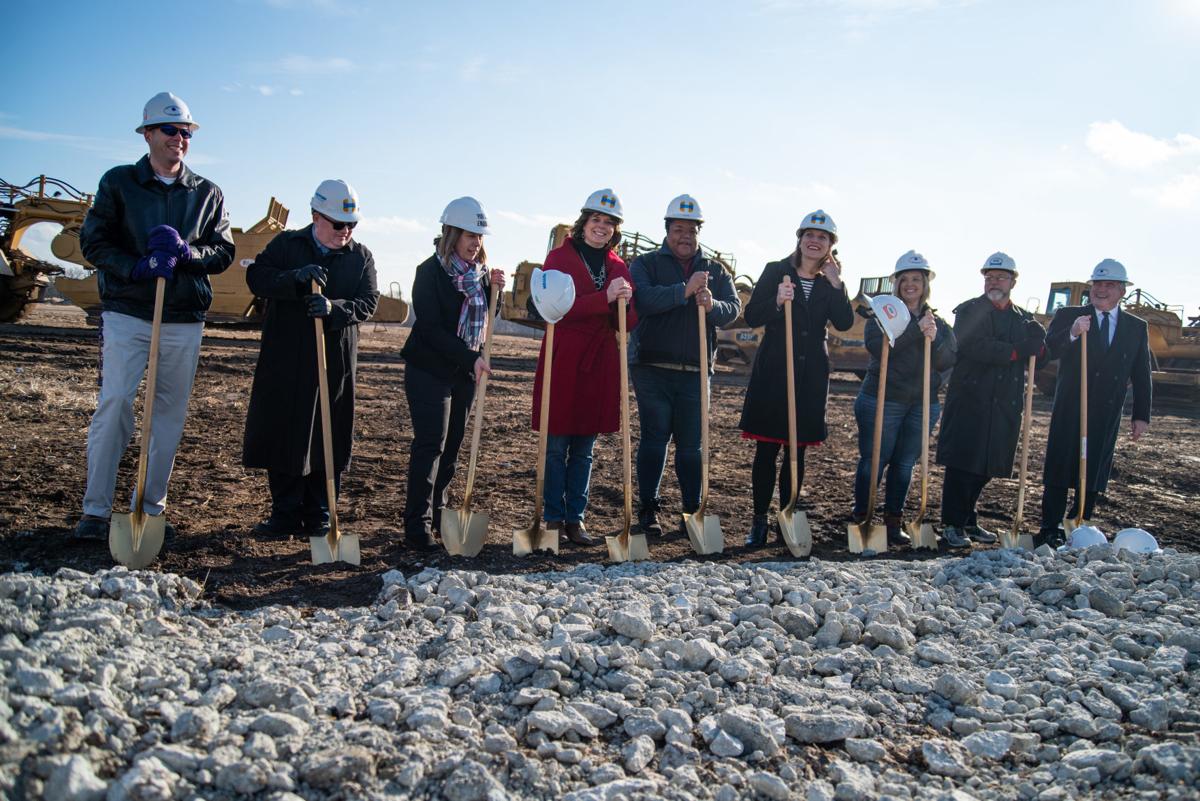 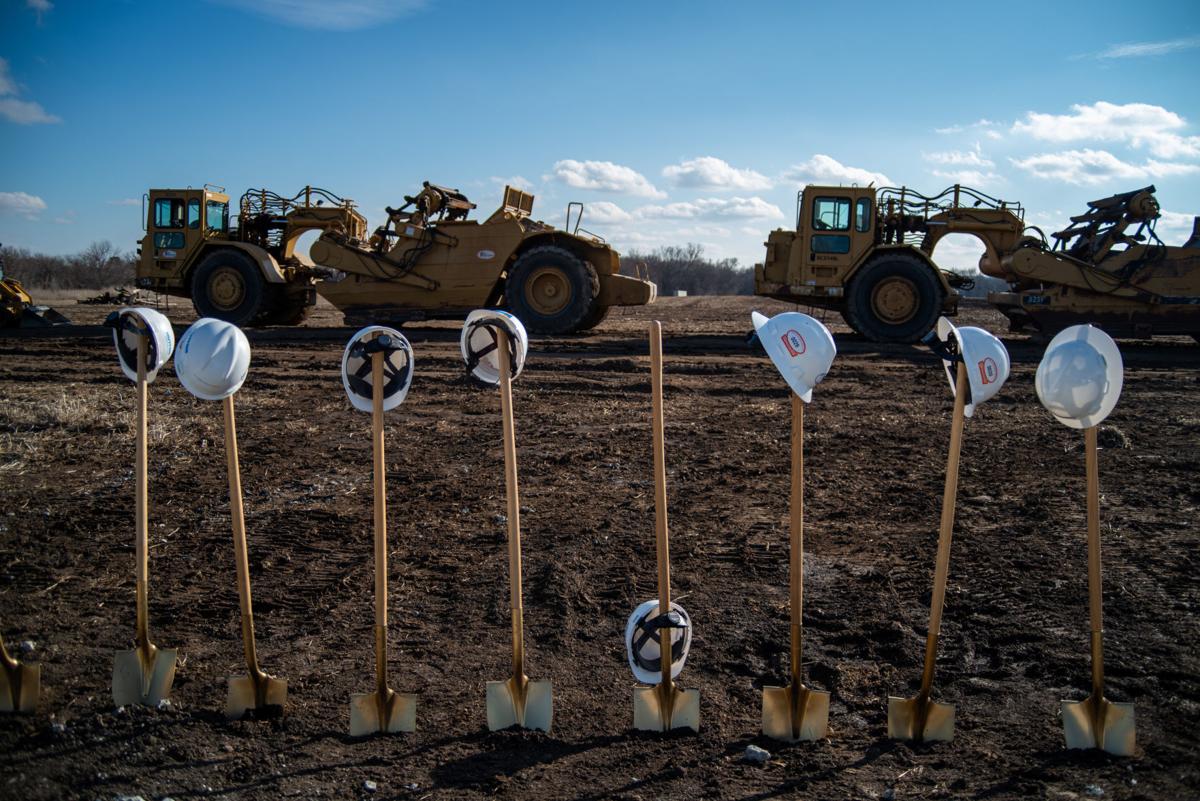 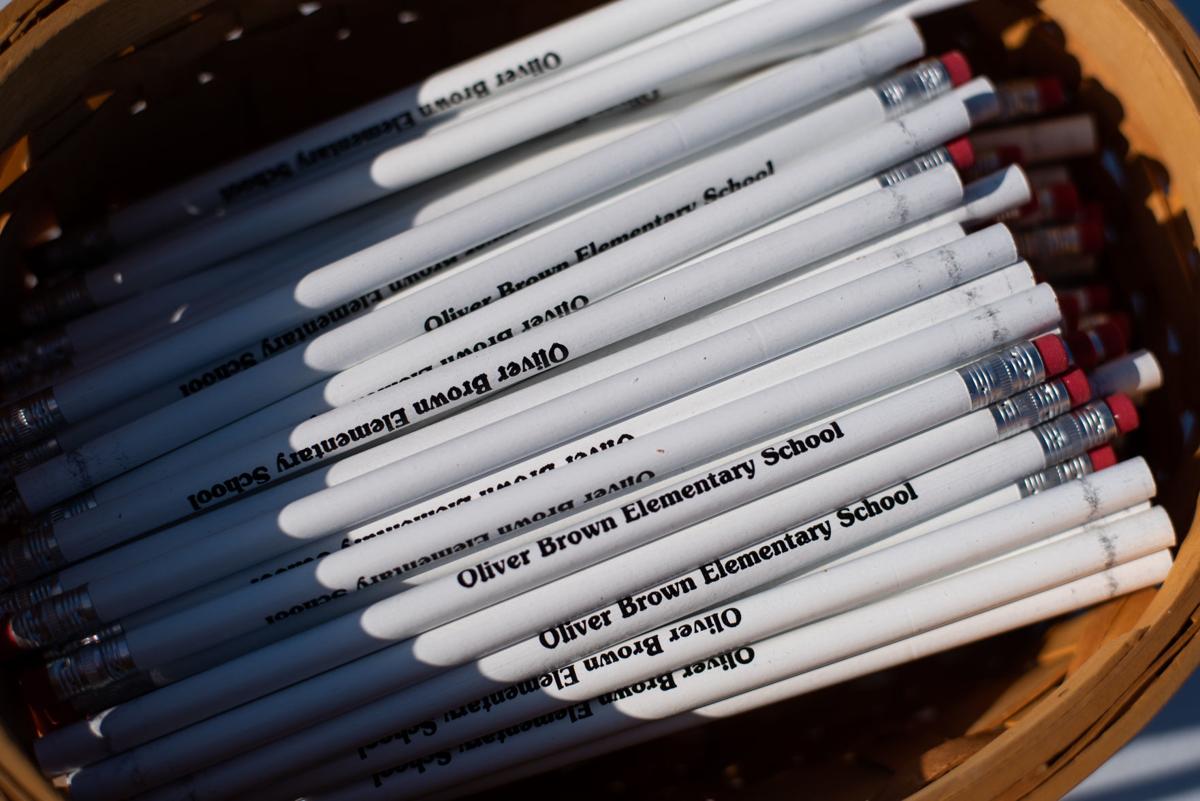 Pencils with ‘Oliver Brown Elementary School’ printed on them sit on a table at the groundbreaking on Friday. 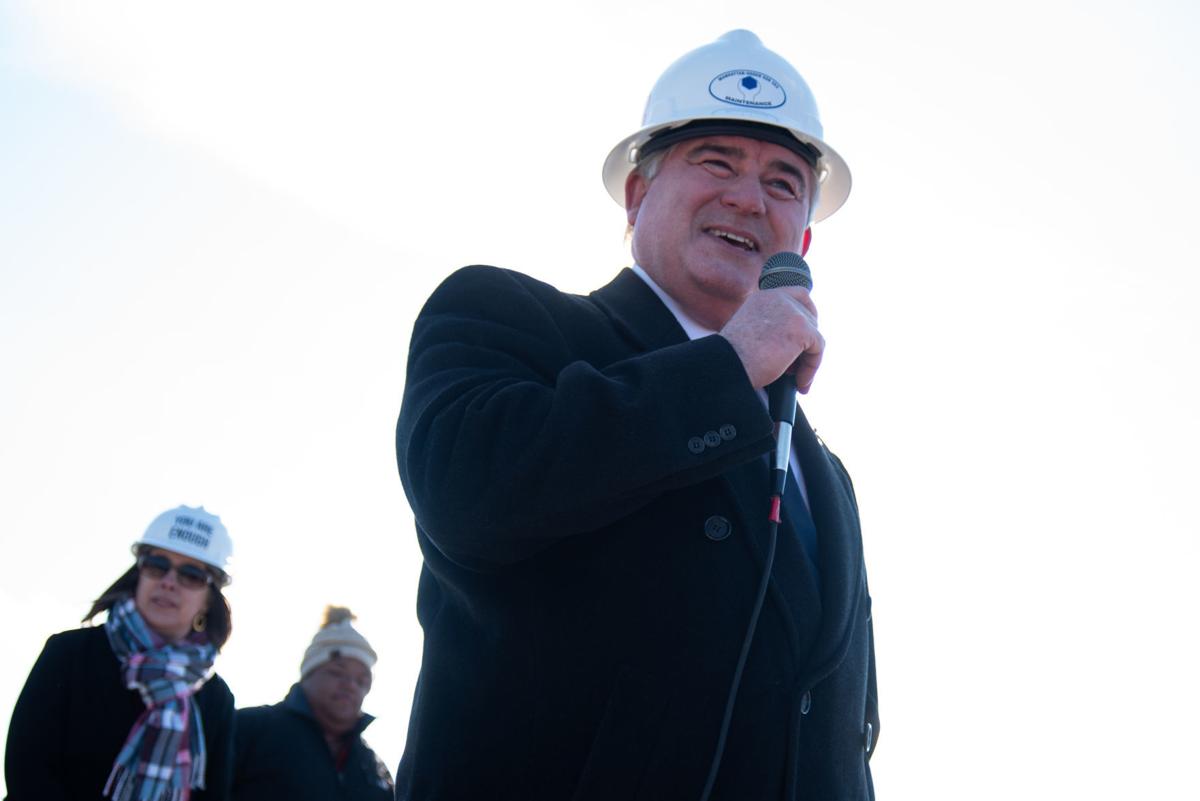 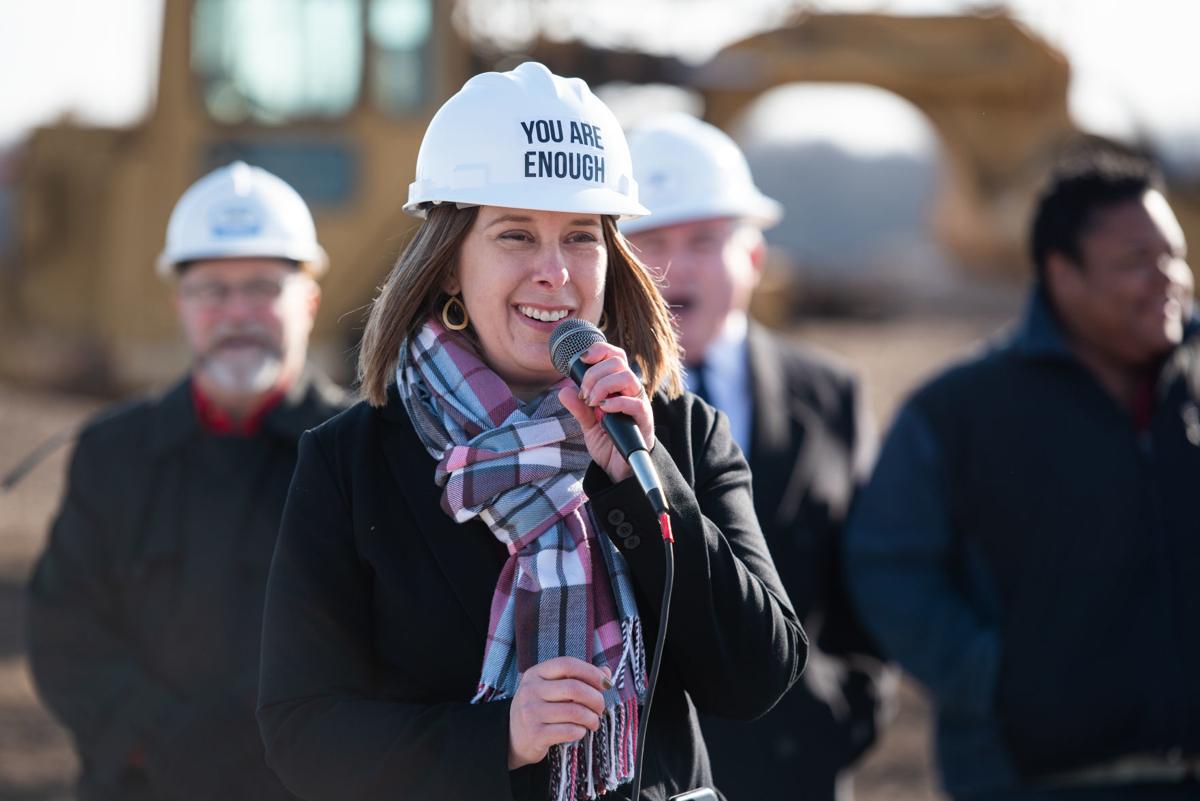 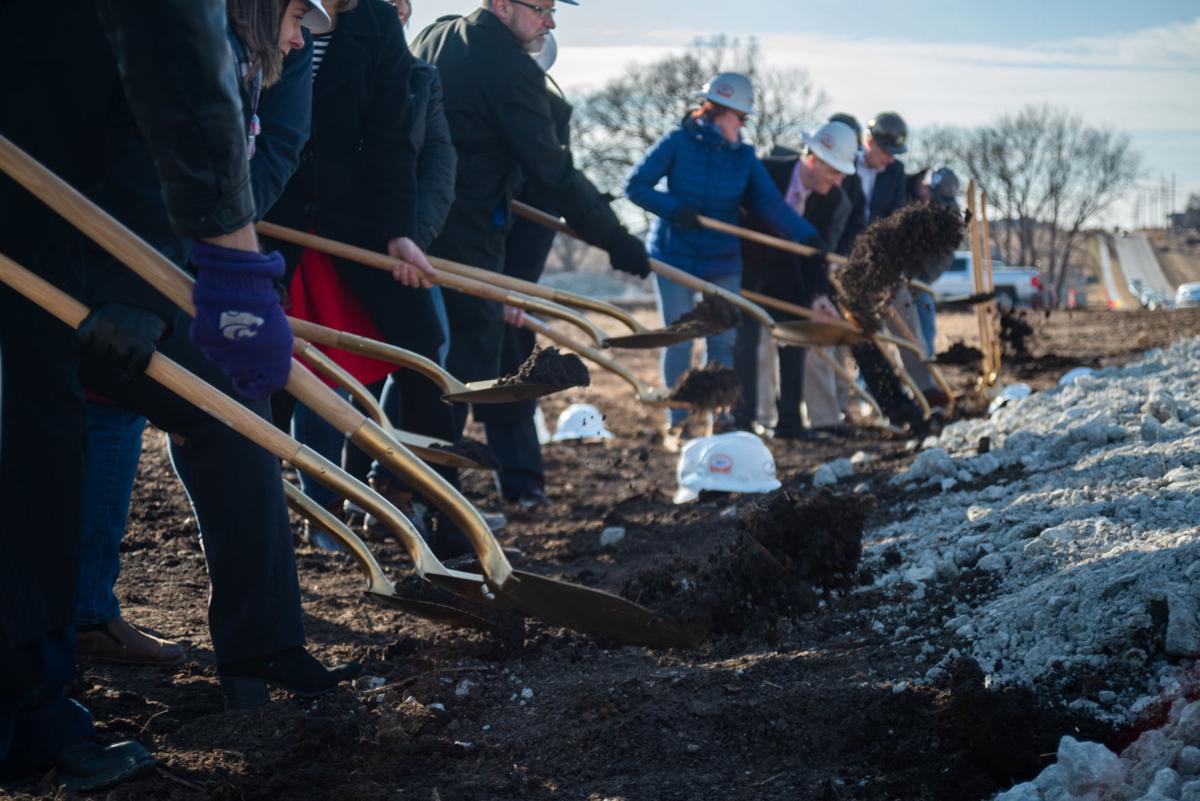 School board members, architects and construction contractors shovel dirt during the groundbreaking of Oliver Brown Elementary School on Friday. 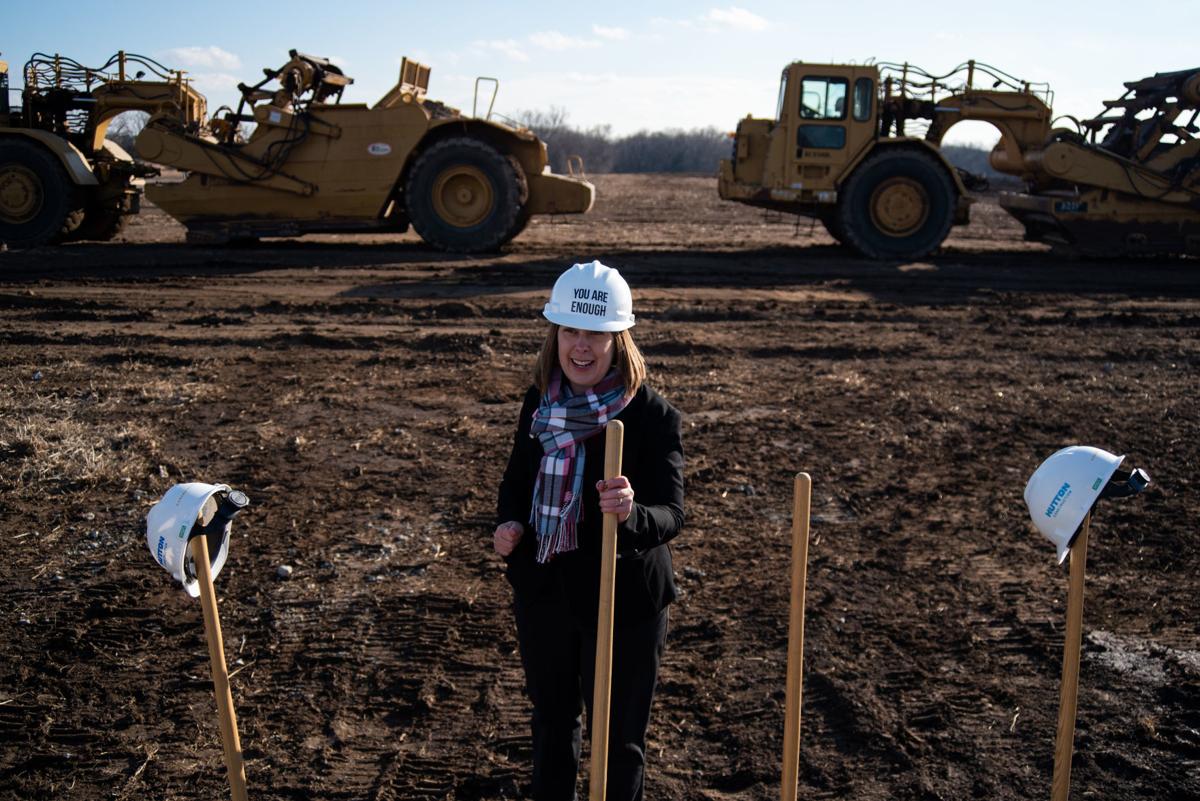 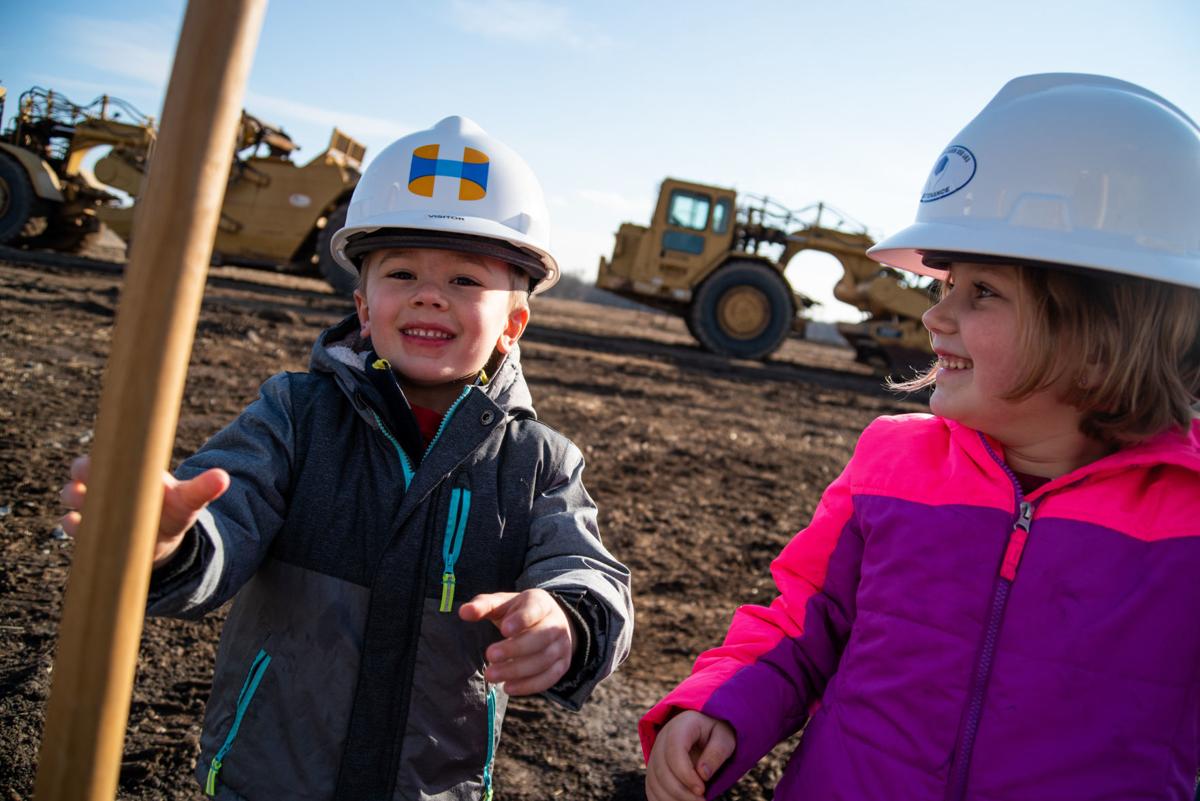 Josh Fund, 5, grabs a shovel while standing next to Taylor Roberts, 6, at the Oliver Brown Elementary School groundbreaking on Friday. 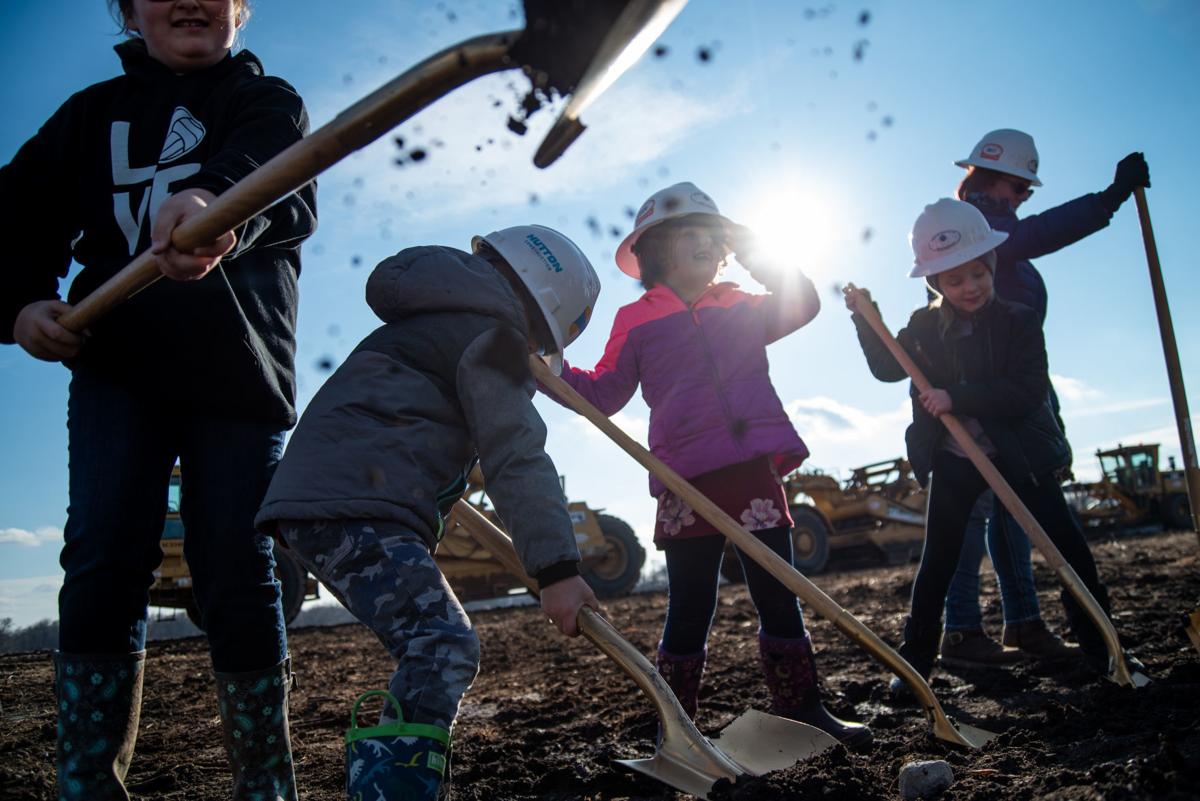 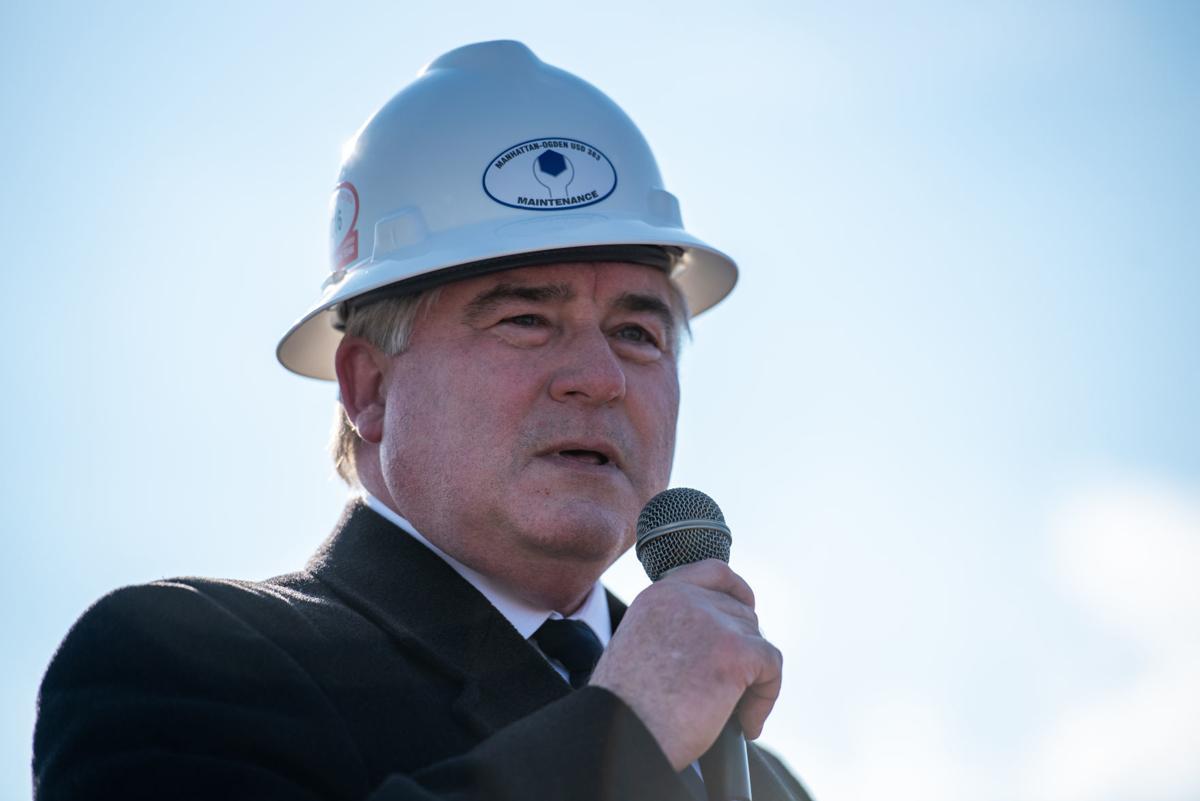 Pencils with ‘Oliver Brown Elementary School’ printed on them sit on a table at the groundbreaking on Friday.

School board members, architects and construction contractors shovel dirt during the groundbreaking of Oliver Brown Elementary School on Friday.

Josh Fund, 5, grabs a shovel while standing next to Taylor Roberts, 6, at the Oliver Brown Elementary School groundbreaking on Friday.

BLUE TOWNSHIP — About three years ago, several Manhattan-Ogden school district officials walked into a cornfield, just northeast of Manhattan, with little more than a faint vision for a new school.

Crowding in existing classrooms had pushed the district to consider a new building, particularly in this out-of-town, out-of-county, but in-district neighborhood, where new houses were rising by the dozens. The district already had another property farther into Pottawatomie County, but they wanted to consider selling that land and finding a location closer to the growing neighborhood.

As the district officials walked the property back then, the 19.6-acre site was still just a cornfield, and funding for any potential school was still far from secure. A new building was bound to be costly, but in November 2018, voters approved it as part of a $129.5 million bond proposal for the district.

Three years and a successful bond campaign later, some of the same district officials, as well as new board members, plunged gold-plated shovels into the muddy field Friday afternoon as part of the groundbreaking for the district’s future Oliver L. Brown Elementary School.

The $20.5 million school (which will be at 4787 Jackie’s Way, once that street is built) will be the first new school building for the district since Frank V. Bergman Elementary opened in 1995.

School board president Karla Hagemeister said the school will be more than a place that only serves children during school hours.

“It’s going to be a site that will have kids on the playground after school hours, in the evenings, on the weekends, in the summertime,” she said. “It will be a place that hosts community functions. A school is something that makes a community have life, and I’m just so excited and honored that that’s going to be happening here.”

The school will be named after Oliver Brown, the titular plaintiff in the 1954 Brown vs. Board of Education Supreme Court decision, which paved the way for the end of school segregation. Brown and his daughter Linda Carol Brown joined 12 other families in suing the Topeka Board of Education, arguing that its “separate but equal” practices were unconstitutional. Brown likely was chosen to headline the case because he was a man who was also studying to become a minister.

Superintendent Marvin Wade said while Brown’s other daughter, Cheryl Brown Henderson, who runs the Brown Foundation for Educational Equity, Excellence and Research, couldn’t attend the groundbreaking, she likely would encourage the district to continue to make progress on improving equality.

“She would probably say that the case made a difference, and it moved us forward, but that it’s not enough, there’s still more to do,” Wade said. “We need to continue the work, and that’s one of the reasons I’m so proud that Oliver L. Brown is our newest school in the district.”

Heavy construction starts immediately, since the district cleared its permits the day of the groundbreaking.

The school will have a capacity of 475 students, and assistant superintendent Eric Reid said the district will start hiring the school’s staff, starting with a principal, next school year.

The district also will build the new school community by having district students vote on a new mascot and colors.

Right now, the district is taking community suggestions at surveymonkey.com/r/733VQVJ through the end of the month, and a committee will pick three choices to present to fourth- through sixth-graders for a vote.

After district administrators and the school board broke the muddy ground, Hagemeister invited other community members and even some elementary school students in attendance to take turns with the shovels.

There’s plenty of work to finish for the planned August 2021 opening, she said.

“It makes me think about our kids right now and their kids moving forward,” Hagemeister said of the new school.

“In a community that has more than one building that is more than 100 years old, I think we all recognize that our schools are foundational to our communities. They are part of that intrinsic fabric that make a community what it is and make it somewhere we want to raise our children.”

Why this royal proposal was such a shock

Murphy: O'Brien should 'stay out of politics'