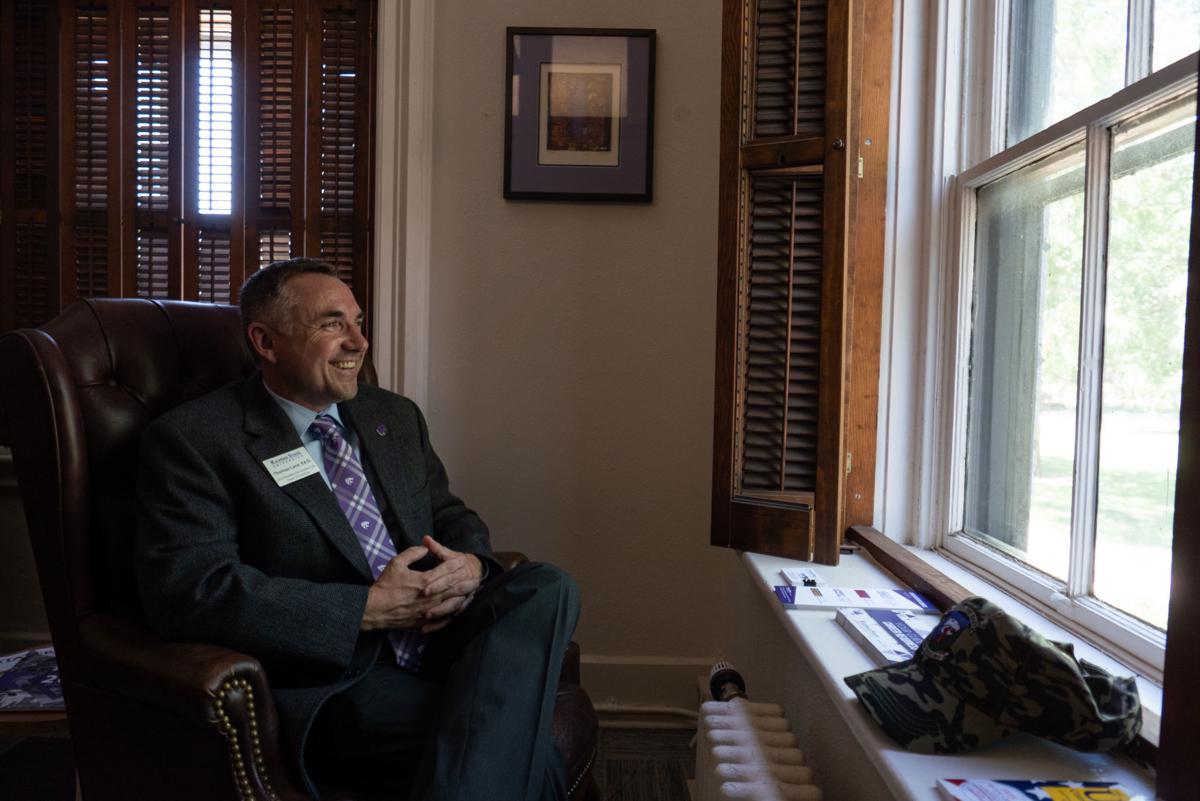 Thomas Lane, the new vice president for student life and dean of students at K-State, looks out the window in his office. 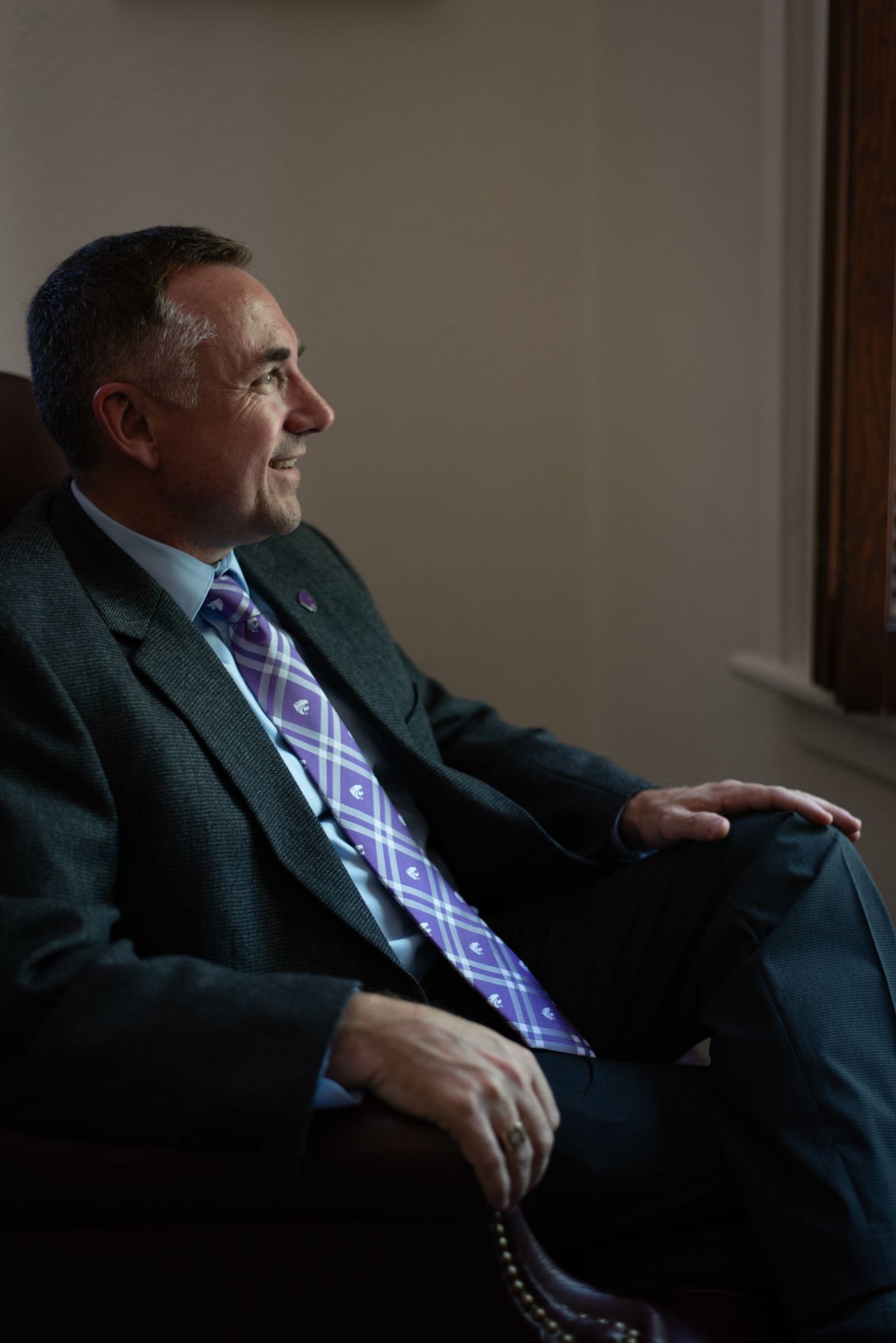 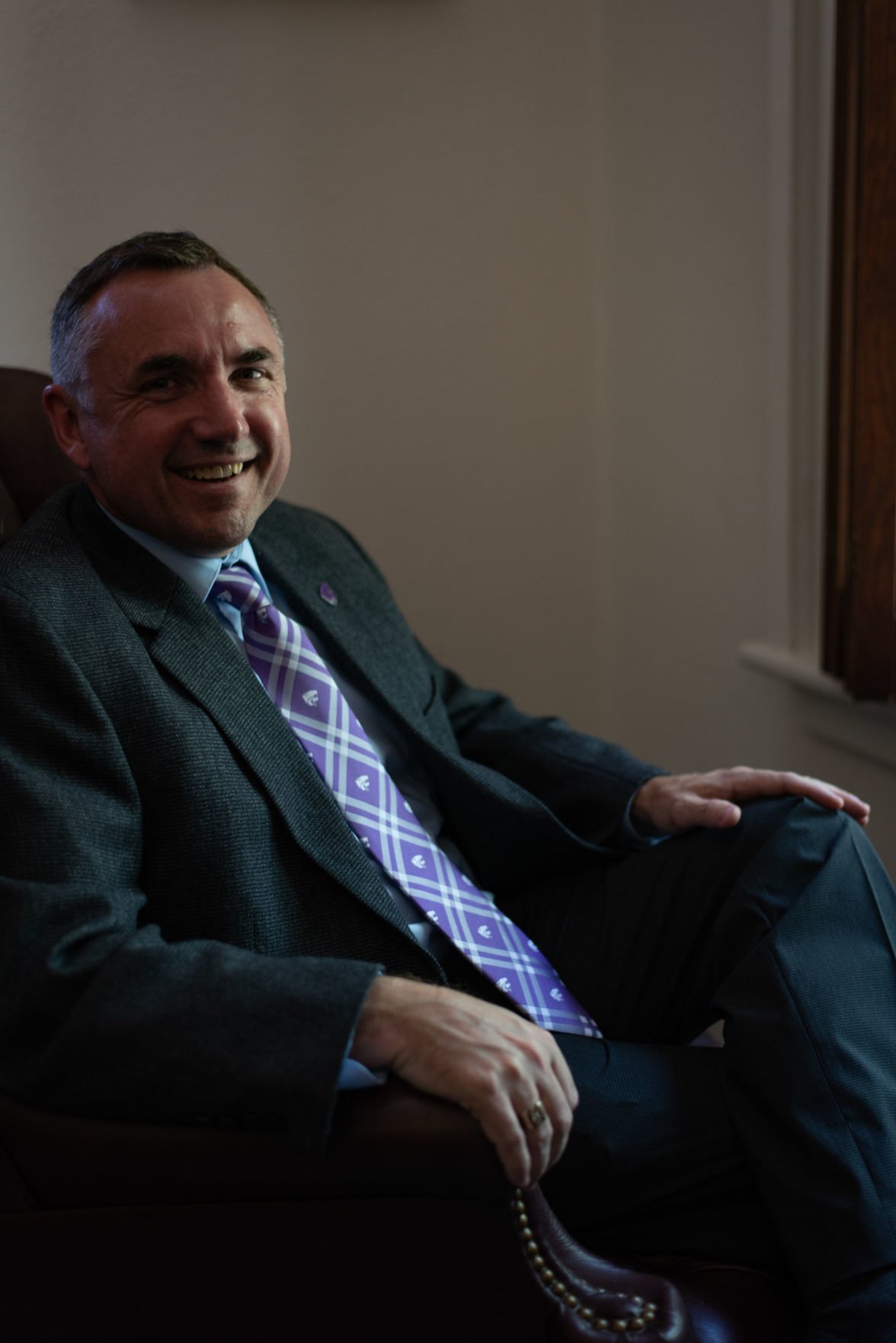 Thomas Lane, the new vice president for student life and dean of students at K-State, looks out the window in his office.

When K-State’s new dean of students Thomas Lane was a freshman at Illinois State University, he probably would have been in the dean’s office, but then it would have been because he was on the verge of being kicked out of school.

A first-generation student, Lane said his freshman year in the late 1980s represented a lot of newfound freedom he didn’t have at home, but it also meant that he made some “not so great decisions.” At the end of that year, he had a 1.8 GPA and was put on academic probation.

“I really had no idea what I was doing in college,” Lane said. “I struggled so much, and I didn’t have a sense of what I was supposed to be doing. All I knew was that my parents had saved up their whole lives to assist me in getting to college. Other than that, I didn’t have an objective. I really just chose the same university where my best friend went.”

A fateful day in the student union, though, changed his whole life. Back to school his sophomore year, Lane sat in the union and found a poster advertising for positions on the student entertainment committee, which was in charge of bringing bands like the Red Hot Chili Peppers and Rush to campus.

Lane, a self-described music nut, said he filled out the card and even got an interview. He didn’t get the position but was put on the student programming board, which managed smaller events like local band concerts and lectures. But at this point, he was open to anything, and as a member of board, he committed himself to making the most of it, and he planned a beach party … in January.

“We ended up with more beach balls than attendees,” Lane said. “It was a horrible flop. But I kept at it, and in that process, I got engaged with a student organization.”

He also ended up being a leader for the organization.

“I told myself, I better start going to classes earlier, I’ve got to start paying attention,” Lane continued. “Once I was a part of something bigger than myself, it changed my entire perspective about why I was there. It made me feel like I belonged there.”

It’s a perspective that stayed with Lane in more than 25 years as a student life administrator. He comes from Missouri State University, where he was the associate vice president for student affairs since 2015. He had been at Missouri State since 2005, having served as the student union director. Prior to that, he was an associate director of the student union and activities at Minnesota State University Moorhead.

In his years as a college administrator, Lane said he’s used his background to relate with students.

The biggest issues facing his office right now are making sure that once students find a home in K-State, they stay, Lane said. K-State’s retention rate sits at about 85% right now, but Lane said he’d like to increase that.

“I don’t think any student starts out their college career by saying they don’t want to graduate, so the higher we can get the retention rate, I think the better we can keep our end of the bargain,” Lane said.

The students coming to college every year are increasingly dealing with mental health issues such as depression, Lane said, and one of his initiatives will be to increase availability to mental health resources, including a partnership with the JED Foundation — a national emotional health and suicide prevention foundation — that Lane hopes to finalize soon.

Among students, Lane said he wants to be a bridge to resources, if not a resource himself.

“When you get a diploma at commencement, you don’t get a special prize for doing it on your own,” Lane said. “If you, struggle or encounter a barrier, it just means you need a different strategy.”

He’s still learning who to call for specific issues, but he said he’s enjoyed that process because he gets to meet new, interesting people at K-State.

While his predecessor Pat Bosco loved purple to the point of driving a purple car, Lane said he could only promise that he’d wear a purple tie every day. He bought season tickets to the football games, and one of the main differences from his previous jobs so far is that the community has a tremendous sense of pride in everything K-State.

“It’s a special place,” Lane said. “I’ve been at three different places before, but there’s something unique and special about K-State in terms of the love that students, faculty, alumni and community members have for this institution, and I use love in the strongest sense of the word. There’s a real sense of pride in the K-State family. That’s not true at every institution. It’s a special gift we have here, to have people so invested in success of this institution and success of K-State.”

Woman dies after clothing got caught in raisin machine