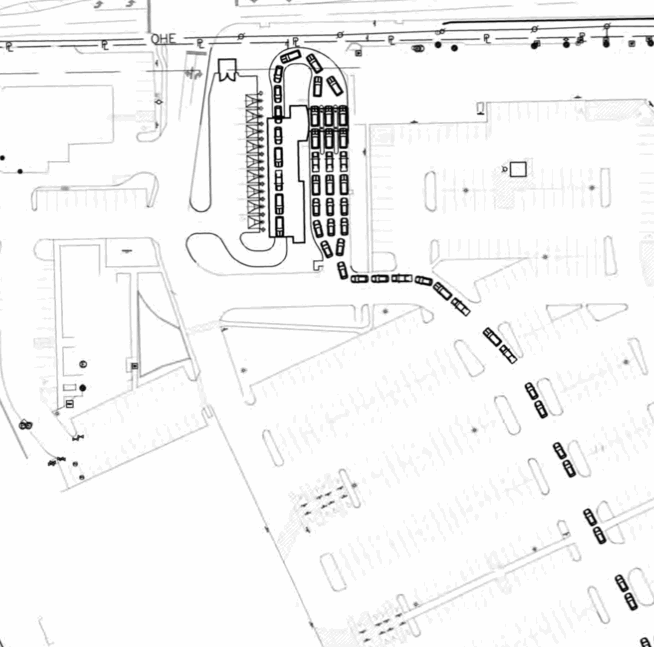 A traffic plan for a proposed Tommy’s Express Car Wash shows that up to 20 cars will be able to stack into pay lanes, which the owner said should prevent traffic problems on Westloop Place. 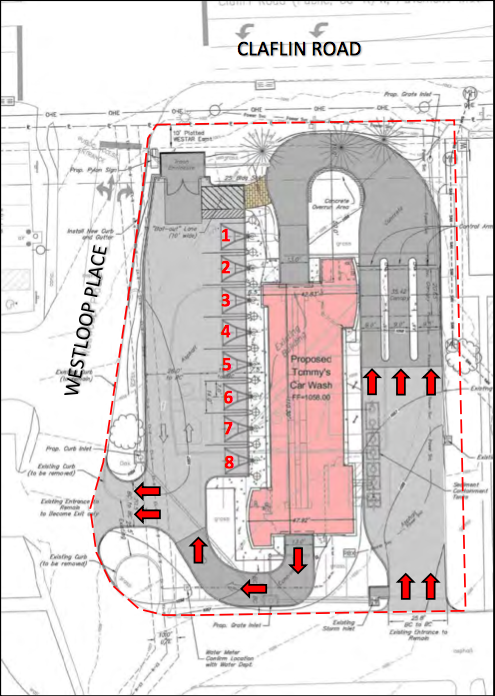 A traffic plan for a proposed Tommy's Express car wash shows that cars will have to enter from Westloop Place and cannot enter from Claflin Road.

A traffic plan for a proposed Tommy’s Express Car Wash shows that up to 20 cars will be able to stack into pay lanes, which the owner said should prevent traffic problems on Westloop Place.

A traffic plan for a proposed Tommy's Express car wash shows that cars will have to enter from Westloop Place and cannot enter from Claflin Road.

Q: Won’t the new car wash going in at Westloop cause traffic problems on Claflin Road?

A: A new carwash planned for Westloop Shopping Center shouldn’t affect traffic on Claflin Road, according to reports from city officials. That’s not to say that it couldn’t cause other traffic problems, but they would be on less busy roads.

The city commission last week approved plans for a new Tommy’s Express Car Wash at the southeast corner of Claflin Road and Westloop Place, which is the site of a former bank building that has been vacant for years. The applicant is Kasey Graham of Frontier Investments, and the property owner is Brixmor SPE 3.

The site required an amendment because it was not zoned for car washes.

Some people expressed concerns about the effect the car wash could have on traffic, since the business is not only on Claflin Road, but also near its intersection with Seth Child Road.

Another Tommy’s Express Car Wash, at 510 Tuttle Creek Blvd., on its busiest days can have lines that back up to the frontage road.

Basically, the new car wash won’t allow drivers to enter from Claflin Road. Rather, they’ll have to come from Westloop Place, the private road that goes through the shopping center’s parking lot.

As cars enter at the southeast corner, they’ll be able to go into three pay station lines on the east side of the building. If all three lanes are filled, it can accommodate 20 vehicles at a time, which would help prevent traffic from backing up onto Westloop Place.

After paying, drivers can loop around and enter the car wash from the north. The car wash is a conveyor belt system, and drivers exit on the south end of the car wash and can use the vacuum bays on the west side of the building. They then use a separate exit onto Westloop Place.

By their own admission, staff members wrote that public works didn’t do an in-depth review of the request because it’s is not a public right-of-way.

However, they said they did review the traffic plan and found “no adverse effects are anticipated.”

“The peak hour for car wash traffic does not coincide with peak hour traffic on Claflin Road,” officials wrote, “and the existing bank drive-thru generates more traffic in the peak hour than a car wash.”

The bank, when it was open, had four drive-thru teller lanes.

So is it possible that traffic from the car wash could back up all the way to Anderson Avenue?

The planning board approved the request with several conditions, including adding a sign to the intersection of Westloop Place and Anderson Avenue that says “Do Not Block Intersection.”

But even if traffic doesn’t back up that far, the Westloop parking lot is always quite busy, so a line of cars could make getting to other stores difficult.

Another concern is that car wash traffic could create issues at the intersection of Claflin Road and Beechwood Terrace.

Officials wrote that the applicant said a significant portion of the customers at their Tuttle Creek Boulevard site is coming from the 66503 zip code, which is areas west of Seth Child. They believe a new location will help to lessen trips to their current facility, thereby also decreasing traffic to a certain extent.

You can submit a question to this column by e-mail to questions@themercury.com, or by regular mail to Questions, P.O. Box 787, Manhattan, KS 66505.