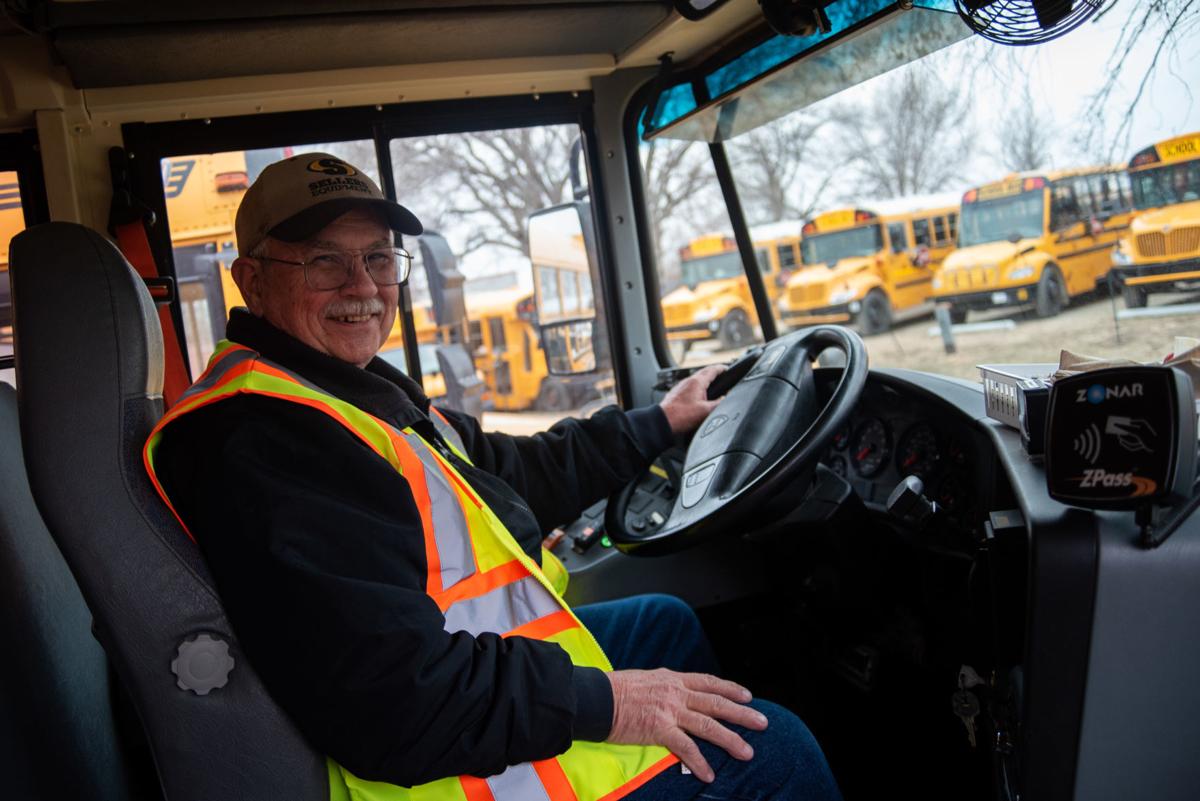 Dale Hayden sits in the driver’s seat of his school bus while in the parking lot at the USD 383 Transportation Department. 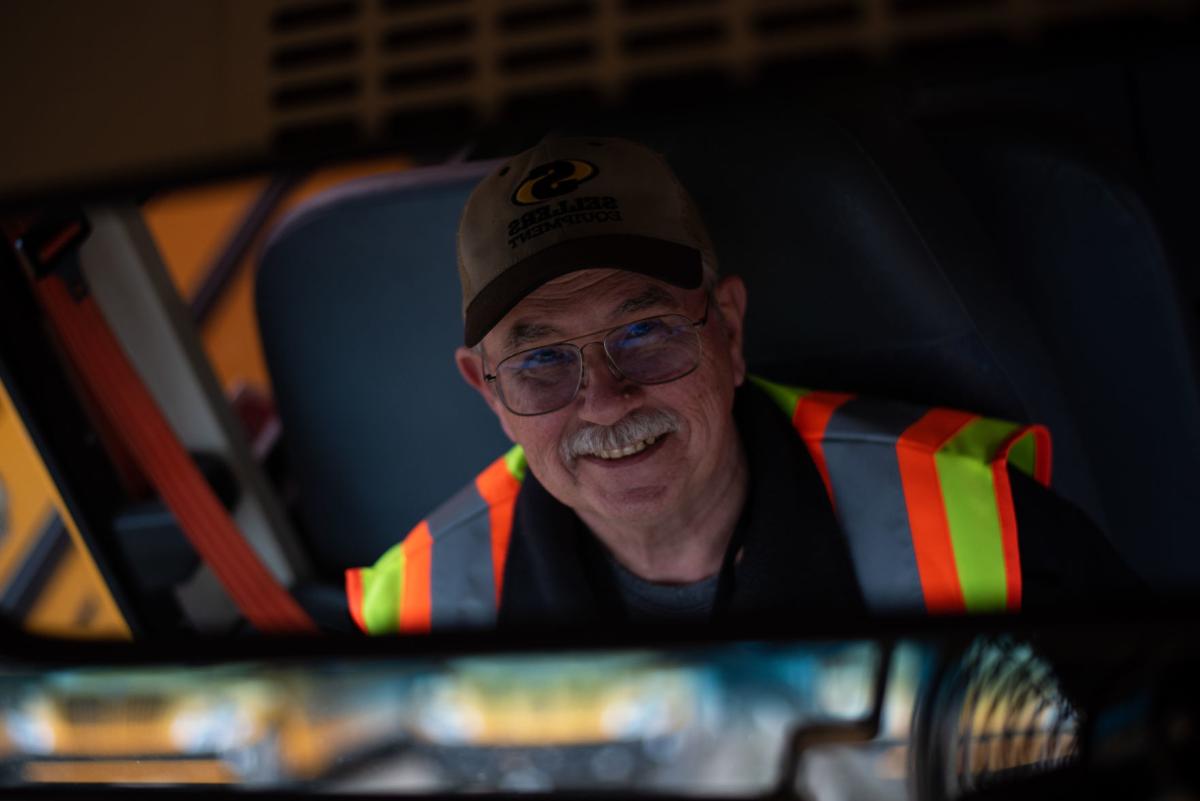 Dale Hayden looks up in the mirror that lets him check on students while sitting in the driver’s seat of his school bus. 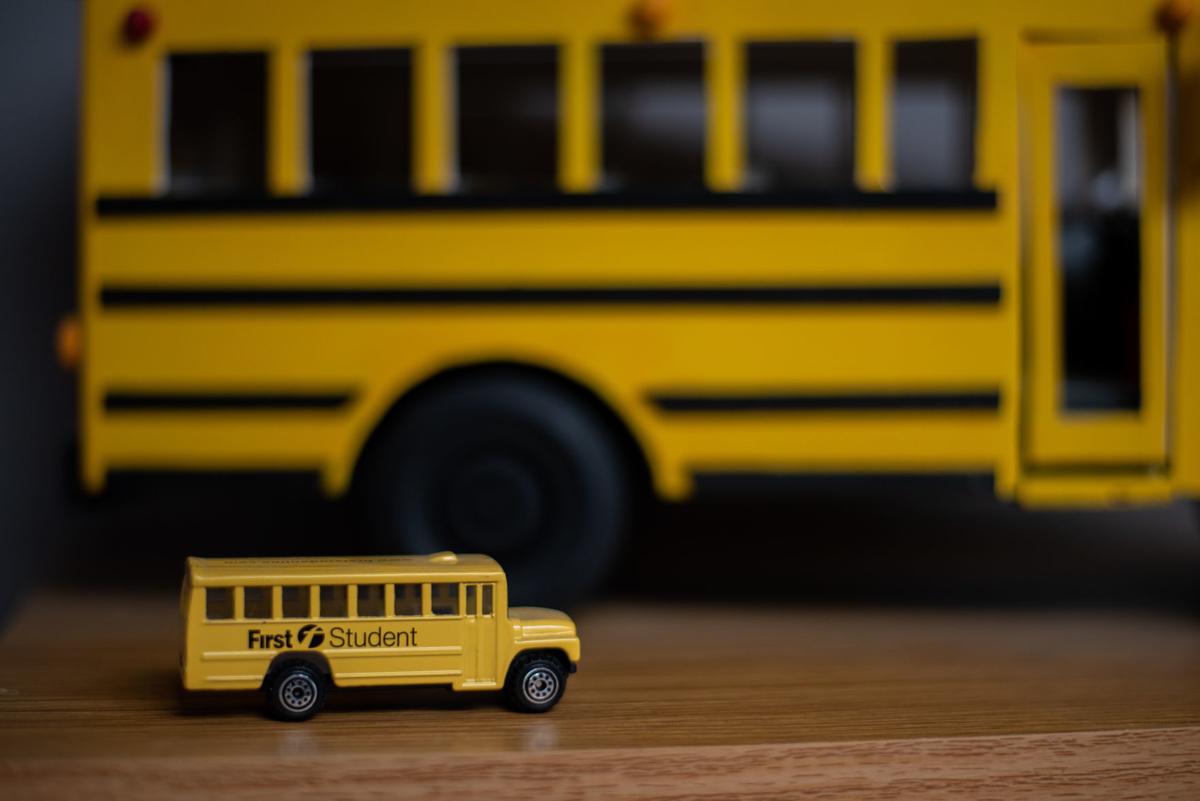 A school bus figurine sits in the office of USD 383 Transportation Department. 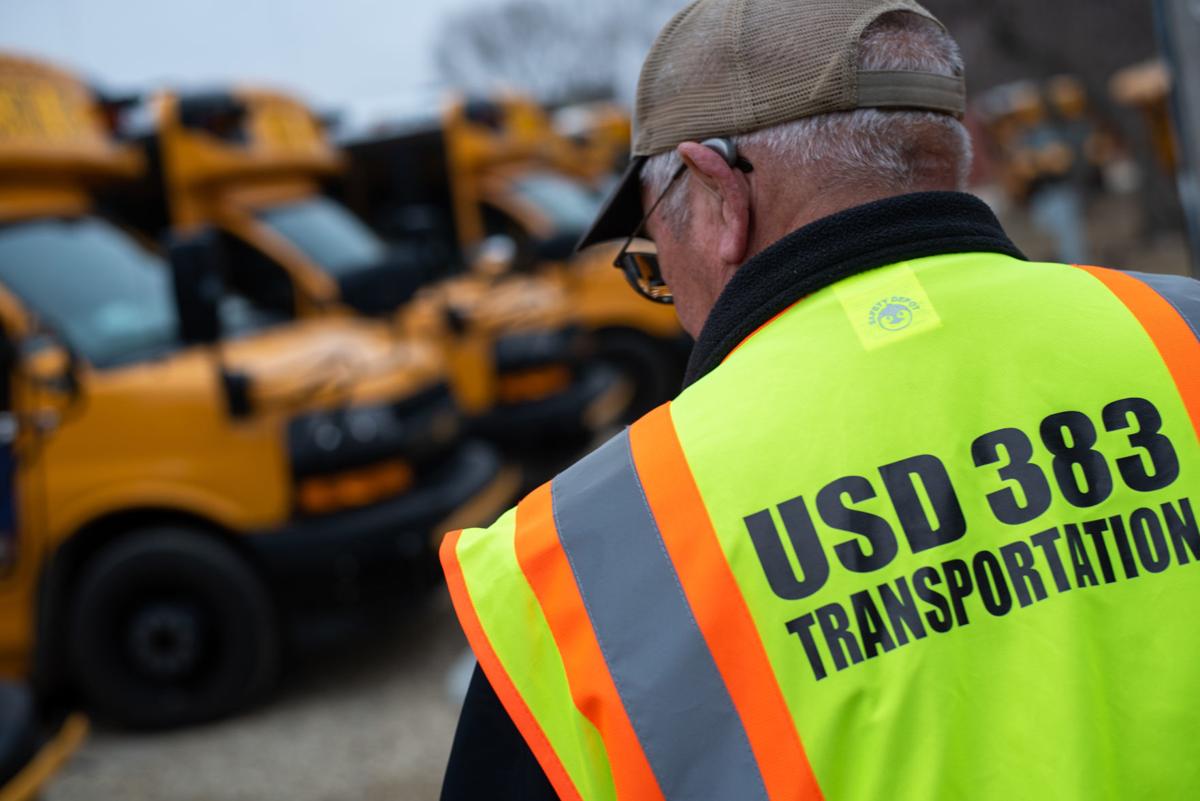 Dale Hayden walks to his school bus at the USD 383 Transportation Department.

Dale Hayden sits in the driver’s seat of his school bus while in the parking lot at the USD 383 Transportation Department.

Dale Hayden looks up in the mirror that lets him check on students while sitting in the driver’s seat of his school bus.

A school bus figurine sits in the office of USD 383 Transportation Department.

Dale Hayden walks to his school bus at the USD 383 Transportation Department.

School bus drivers often develop an intimate knowledge of the nooks and crannies of Manhattan’s streets, but Dale Hayden already had that before he started working with Manhattan-Ogden’s transportation department 20 years ago.

For 32 and a half years, Hayden, 68, was a firefighter with the Manhattan Fire Department. He retired as a captain in 2014. But before becoming a lieutenant (MFD renamed its lieutenant position to captain during Hayden’s last year), he drove one of the department’s fire trucks, finding ways to fit the relatively large truck down narrow streets and alleyways.

The Fort Scott native originally came with his wife to Manhattan to attend K-State, but after he lost interest in school, he worked a few jobs and then joined the fire department in 1982. Like most firefighters, Hayden found himself with four-day breaks after nine days of 24-hour rotations, so he looked for something else to keep busy in his off-time.

“Someone who worked at the station recommended that I come down and apply, and on a whim, I came down and was hired pretty much right away. I had all of the licensing, except the student portions of it, but I did the trainings for that.”

“They really liked that I knew all of the streets, since in the fire department, you have to know all of them,” he continued. “There’s a lot to the job that people don’t see, and knowing the streets in town is part of that.”

Hayden started as a “spare,” filling in for permanent drivers who were sick or driving students to out-of-town activities and games. He did that alongside his fire captain role for 15 years, and when he retired from the fire department, he became a permanent driver. He now drives a special education bus, with three routes in the morning and three routes in the afternoon.

Hayden is often the first person some Manhattan-Ogden students see early in the morning, and that means Hayden’s day starts that much earlier, so he goes to bed early. Every morning, he clocks in at 5:55 a.m. Hayden then starts a 20-minute daily inspection of his bus, checking every part to make sure students will be safe on that day’s routes.

His preparation extends before the school day, though. While a computer generates optimized routes for the drivers, Hayden said he drives the routes ahead of time to look for any potential obstacles, like construction.

Most days, the morning routes run smoothly, and Hayden said he often has time to stop at a convenience store to take a quick restroom break or grab something to munch on. The afternoon routes? Not so much, although he typically finishes by 5 p.m.

“When the college students come back, it’s murder out there,” he said. “Especially on Friday afternoons. Getting away from the high school on Sunset is really hard, but we get it done, and a lot of times, the elementary schools are understanding and know if we’ll be late.”

In between routes, Hayden said he’s enjoyed riding motorcycles, gardening or going out to drink coffee with friends, but he’s especially liked having time to spend with his kids and grandkids, particularly compared to when he was a firefighter.

With a special education bus, Hayden’s routes are often for just a few students, but he said that allows him to know the students a lot better — as well as their parents, since they often wait with their children outside their homes.

When he drove regular buses, it was difficult to get to know students because he drove different routes.

“I would say good morning to everyone when I was driving the big bus. You’d get a few kids who might grunt back at you, especially the high schoolers, who mostly went back to sleep on the bus,” he joked.

Driving a special needs bus is mostly the same as driving any other bus, although making stops takes a little more time.

“Being a special needs bus, we do take more time,” he said. “It takes time to get kids up or disconnected from wheelchair restraints and to operate the lift. If you see us, we might be there for a while, so please don’t get impatient with us.”

Andrea Adams, director of transportation for the district, said Hayden’s been a model driver in her time in the position.

“Dale’s just a stellar guy,” she said. “A lot of the parents respect him and ask for him by bus number and by name. If I could have 100 Dale’s, I’d never have any issues.”

Hayden said his job has been “an honor,” and he’s enjoyed building a sense of trust with his students and their parents. “They trust you, and it’s good to know that they trust you,” he said. “It’s an honor, and it’s fun getting to know the students.

“As long as I can drive, I probably will,” he continued. “They always need drivers, and it’s a good job for retired people like me.”

The woman bidding to make history at Daytona