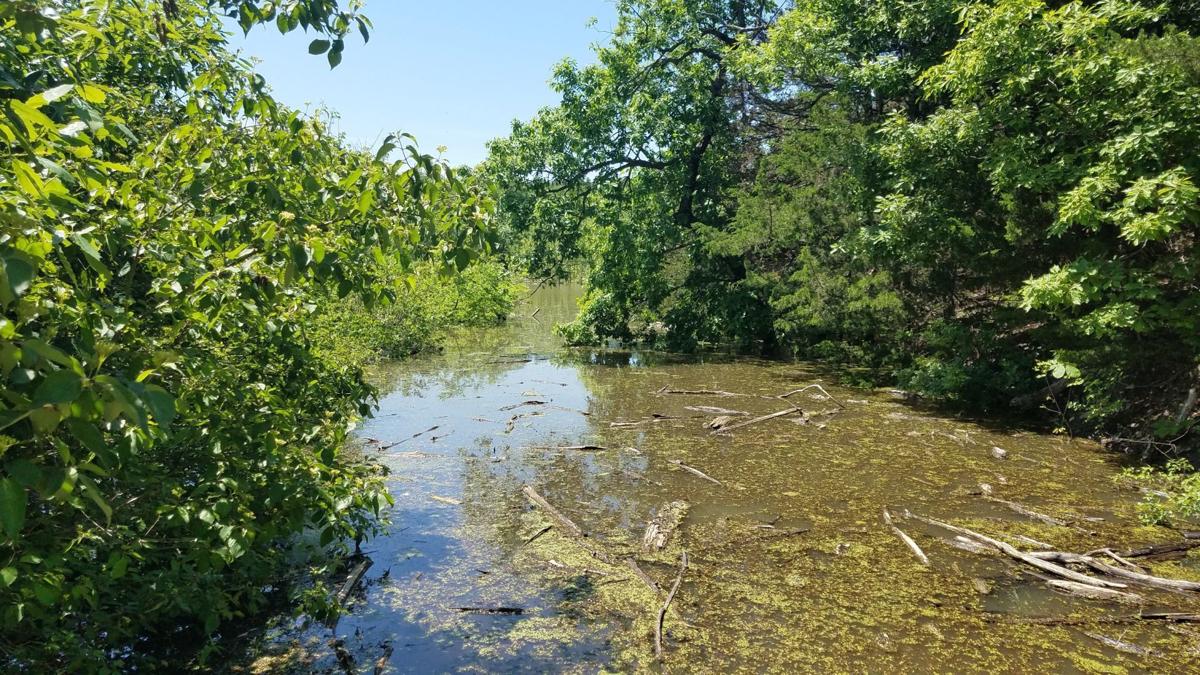 Water and debris covers the land and roads near the White Canyon subdivision, outside of Randolph, earlier this year. 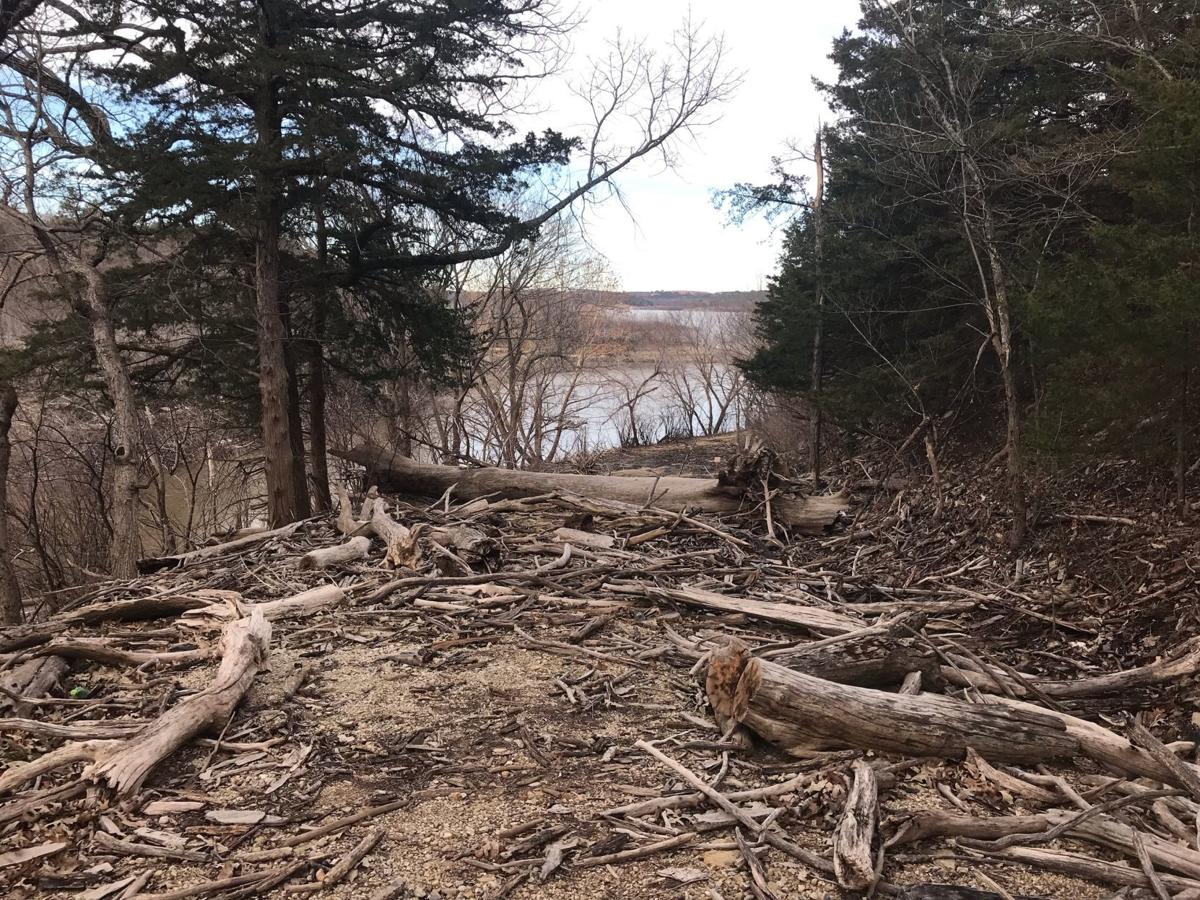 Tree limbs and other debris block a road in the White Canyon area near Randolph on Nov. 23.

Water and debris covers the land and roads near the White Canyon subdivision, outside of Randolph, earlier this year.

Tree limbs and other debris block a road in the White Canyon area near Randolph on Nov. 23.

This is the reality for White Canyon residents over the past nine months as they’ve dealt with prolonged flooding from Tuttle Creek Lake. The flooding means the division’s Main Road, which provides access to their homes, is no longer viable.

Every day, residents of White Canyon, a subdivision near Randolph, park their vehicles near the road and trek toward their houses via canoe or kayak if the water is high enough, or by ATV along a windy, bumpy trail flanked by trees and tall grass.

This is routine for them; residents have to allow for an extra 15 minutes or so to travel from house to car.

Vehicles and cars cannot travel through to homes because the narrow trail is covered with debris, like slippery driftwood and tree limbs.

At times, the water has risen up above the ground water by 35 feet, or three and a half stories, said one White Canyon resident, who spoke on condition of anonymity because she is considering taking legal action against the county.

The woman said no public entities inform or warn White Canyon residents about potential flooding, so residents have to keep a close eye on weather and flooding conditions to know what’s going on around them.

Residents like Roxanne and Kevin Waggoner, who have lived in White Canyon for the past 14 years, are concerned ambulances couldn’t reach their home in an emergency situation.

Roxanne said the past few months have been the worst ever in the area in regard to flooding and access issues.

“We’ve had issues out here for a long time, and there’s only one way in and out, and it’s been under water for almost nine months and now it’s coming out,” Roxanne said. “We don’t have the funds, the ability to do anything about it.”

Kevin said the flooding this year is worse than flooding in 1993, when rain and runoff caused water at Tuttle Creek reservoir to get so high so quickly that officials had to open the flood gates, inundating large parts of the area.

Traveling along these trails in an ATV has caused physical and health concerns for Roxanne. She suffers from severe tailbone pain, and her doctor said the motions and bumping along the trail to get home on an ATV likely caused it.

“He told me to get a bigger pillow, a thicker pillow” to sit on, Roxanne said. “What else can you do?”

In fact, Roxanne and Kevin had to take out a loan to pay for the ATV to reach their home.

They and other residents have pleaded for the Riley County Commission to help.

They attended commission meetings on Nov. 21, Oct. 31 and Sept. 5. At the Nov. 21 meeting, officials told White Canyon residents the county planned to discuss costs of an alternative road.

Last month, county officials met with an unidentified landowner near White Canyon to ask permission for residents to drive across the property for a northern route into White Canyon, but the owner said no.

Officials are still considering establishing another point of entry for residents.

Although White Canyon residents understand that Riley County leaders have a lot on their plate when it comes to finances and projects, they are concerned winter weather could make their problems more dire.

“We’re frustrated because it’s getting towards winter, and what are we going to do out here?” she said. “Especially if we do need propane and can’t get it in, and plus just getting in and out.”

To the residents’ knowledge, none of the Riley County commissioners have visited the area, though county counselor Craig Cox has visited.

Leon Hobson, director of public works, said the county owns the right-of-way while the roads are privately maintained.

“The roads were never built to either a township or county standards so they were never officially accepted,” Hobson said in an email to The Mercury. “In summary, the county owns the right-of-way, but the roads are privately maintained.”

When asked who takes care of the roads since they are privately maintained, Hobson said he wasn’t sure if residents own them, “but they are responsible for the maintenance.”

In October 2018, the Riley County Commission approved improving the roads and culvert in the area, which has helped, residents said, but it hasn’t solved the entire issue at hand. Roxanne said clearing the roads is essential for White Canyon residents.

“That’s what we need right now,” she said.