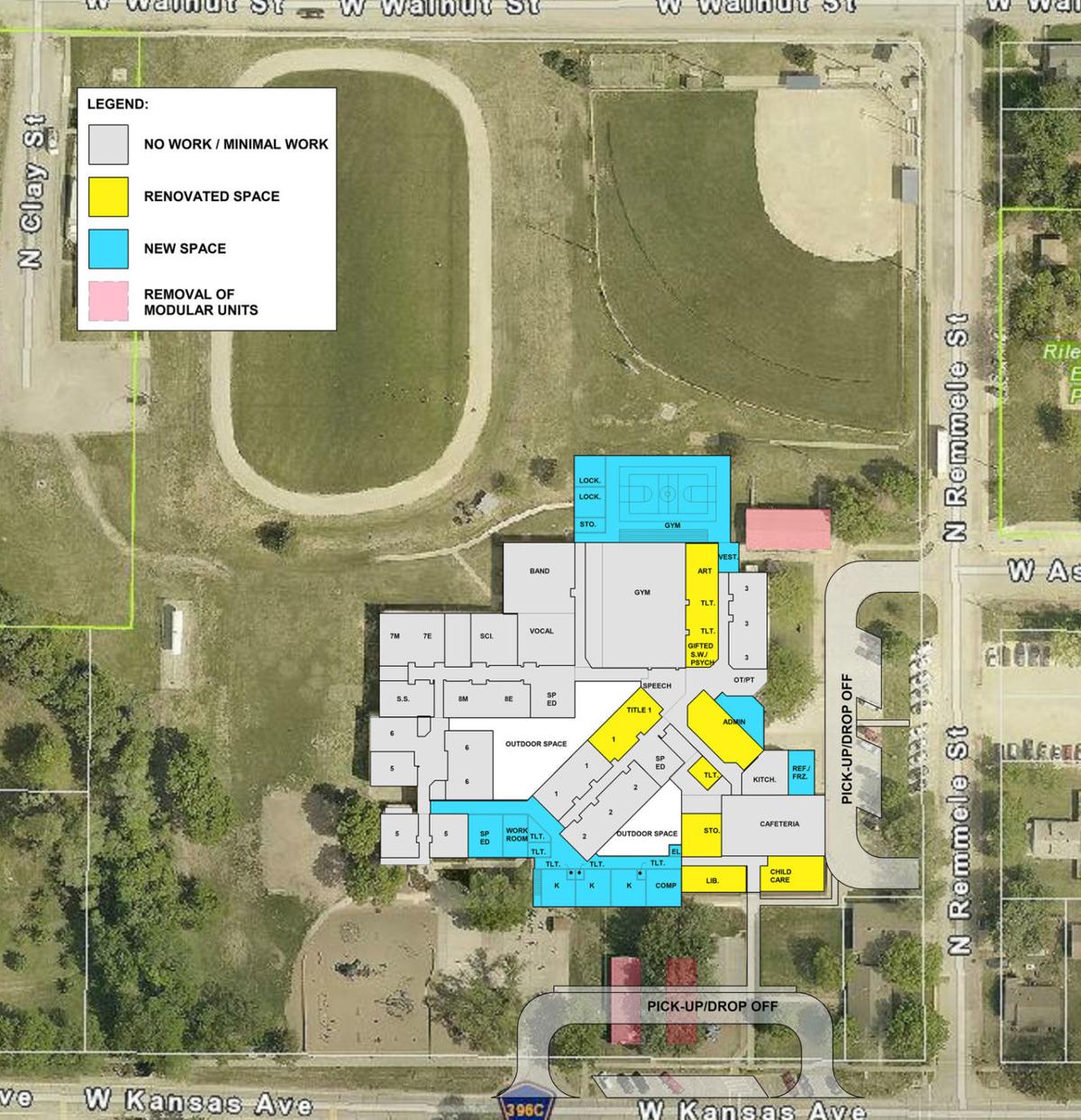 The Riley County school district’s $15 million bond issue would add 18,210 square feet of new space, including a gym, to the district’s grade school. 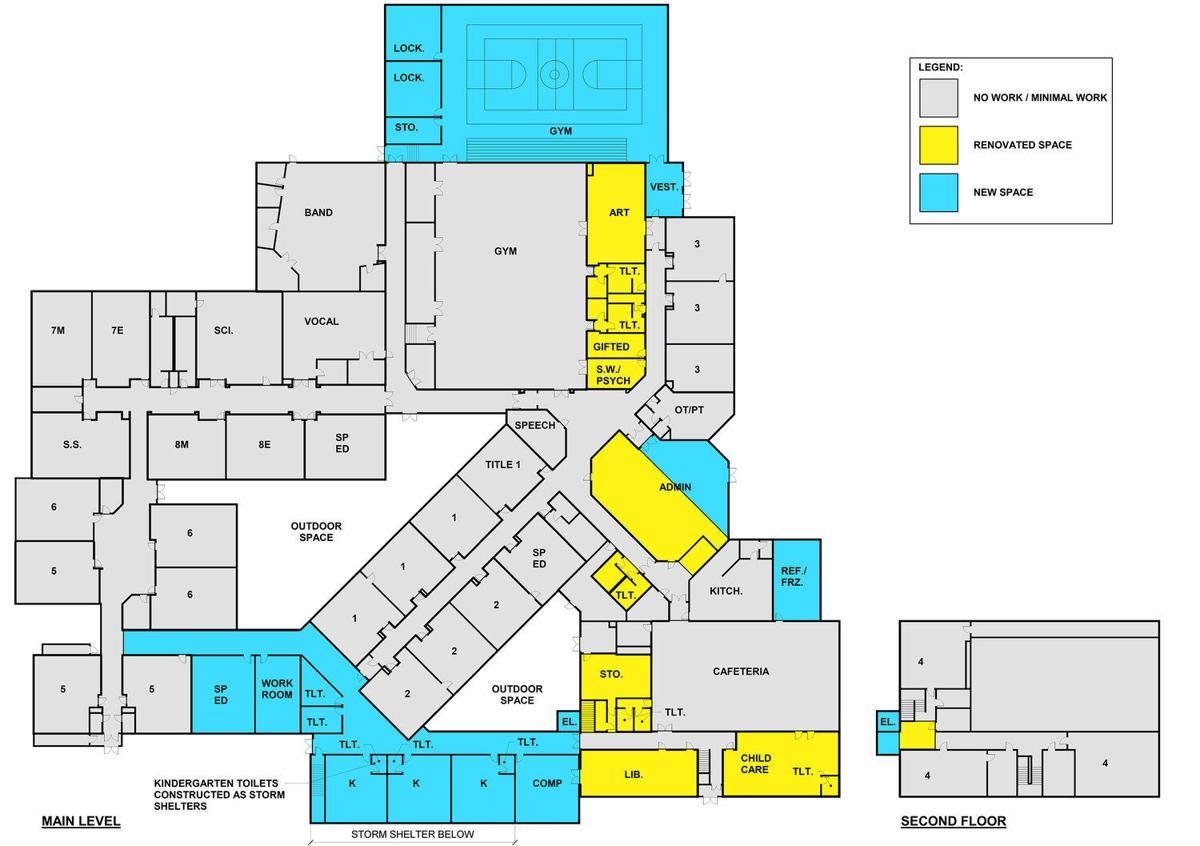 The Riley County school district's $15 million bond issue would add 18,210 square feet of new space, including a gym, to the district's Grade School. 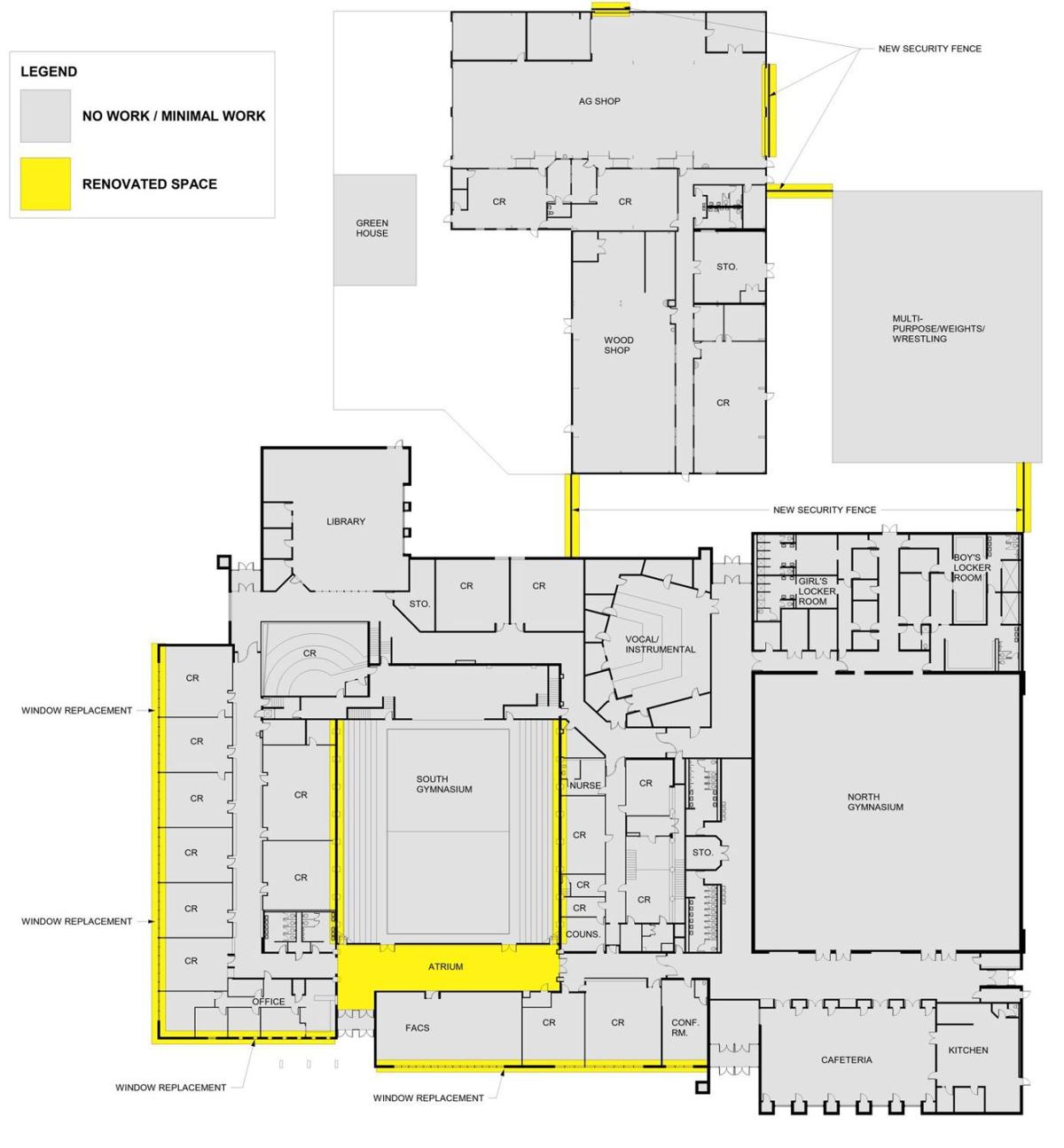 The Riley County school district’s $15 million bond issue would add 18,210 square feet of new space, including a gym, to the district’s grade school.

The Riley County school district's $15 million bond issue would add 18,210 square feet of new space, including a gym, to the district's Grade School.

The Riley County school district has voters’ blessing to start on $15 million in projects to repair and renovate its grade and high school buildings, as well as start on expansion projects at the grade school.

“We worked really hard to educate our patrons on what the issues are and our plans to fix them,” he said. “We truly felt it was a community issue this time. I wasn’t here last time, but I’ve heard from people who think this bond is really practical, that it’s time to fix things up. There’s a lot of pride in the community, and they want to see the schools continue to be points of pride.”

In its bond education campaign, the school district told voters that the bond would increase property taxes by 18 mills or 19 mills in the property tax rate, bringing the rate up from 43.634 mills to between 61.634 and 62.634 mills. A mill is $1 in tax for every $1,000 in assessed, taxable property.

The bond projects will make what Williams called much-needed repairs, such as roof replacements and HVAC system upgrades, and add disability access and secure entrances to both schools.

The grade school’s $10.6 million portion of the project will also include 18,210 square feet in new kindergarten classrooms and a new gym and elevator. Those classrooms will replace the site’s exterior classroom units, and the space they formerly occupied will turn into a new pick-up and drop-off lane for parents.

The high school will mainly see maintenance improvements, in addition to enhanced security fencing and gates around the school’s buildings to create a secure perimeter. The district also will build a water tank for a fire suppression system, as the district is in danger of losing its insurance coverage because it lacks an adequately large water supply to fight fires.

At the end of an 18-month bond development process, Williams said he’s been told that the real work starts now. He and other district officials will now coordinate to put together timetables for the bidding and construction phases, and he said some of the work on exterior portions of the building will start soon.

“We still have education going on in our buildings, so we’ll try to do as much work as we can in the summer,” he said. “We’ll continue to put information out and keep people apprised of all of the things going on.”

Jeffrey Toobin: It was a parade of lies