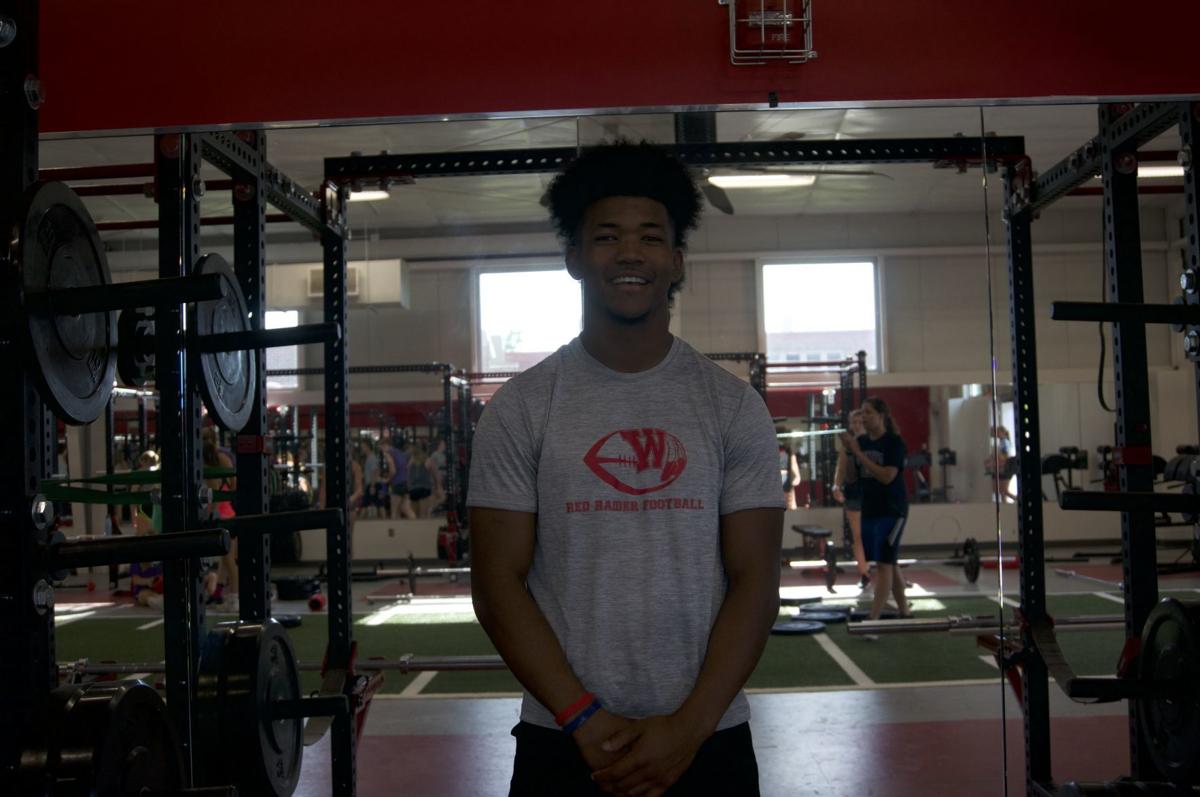 Wamego star running back and receiver at summer weight lifting and workouts in the Wamego athletics facility. Childs received an offer from Kansas State on June 1. Childs said he plans to make his final decision after making his official visit to Akron later this month. 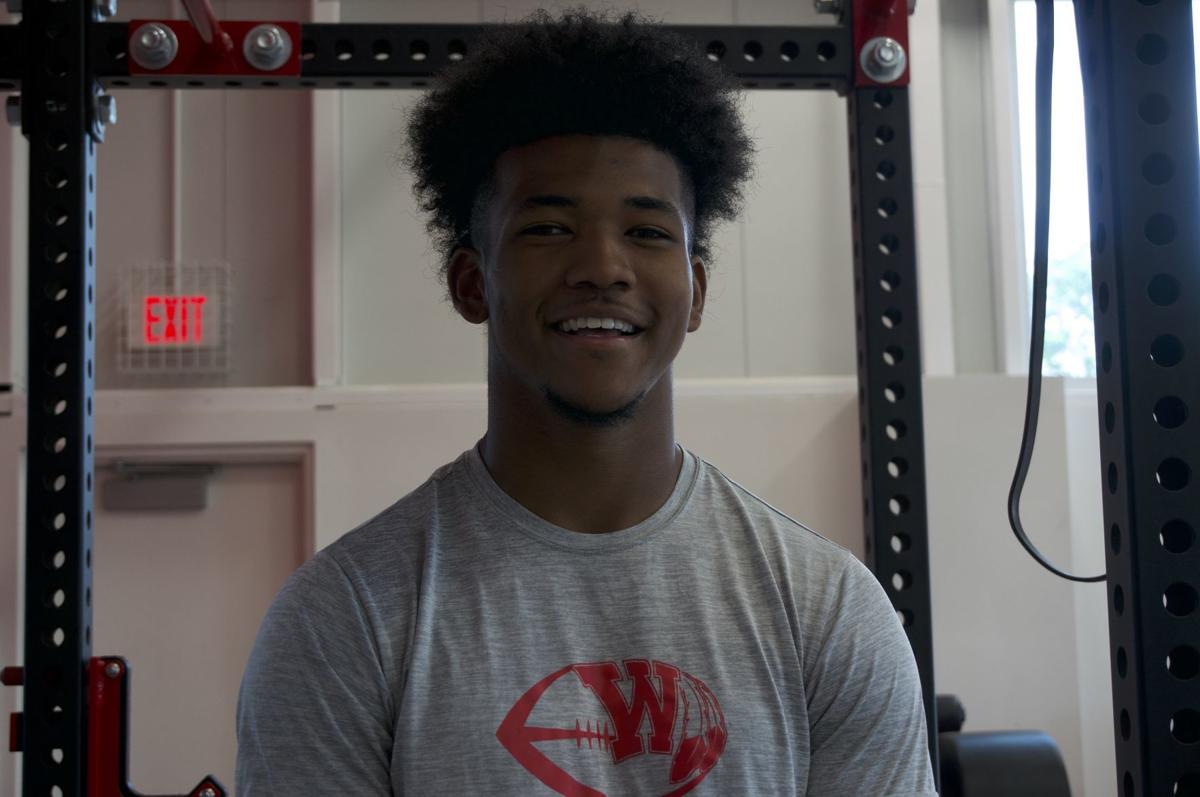 Wamego star running back and receiver at summer weight lifting and workouts in the Wamego athletics facility. Childs received an offer from Kansas State on Sunday.

Wamego star running back and receiver at summer weight lifting and workouts in the Wamego athletics facility. Childs received an offer from Kansas State on June 1. Childs said he plans to make his final decision after making his official visit to Akron later this month.

Wamego star running back and receiver at summer weight lifting and workouts in the Wamego athletics facility. Childs received an offer from Kansas State on Sunday.

Isiah Childs tells people he’s a perfectionist when it comes to his craft. He describes his demeanor on the field as, sometimes, “too tense.” But Childs always wants to get better and surpass expectations. Weston Moody, Childs’ head coach at Wamego High, said his favorite story about Childs came when the player was just a freshman.

A then-14-year-old Childs lined up against a varsity receiver at a Manhattan High football practice three years ago. For a freshmen to even be playing at the varsity level for MHS isn’t common, Moody said.

The team gathered around to watch what Childs could do. Working to run over the top of Childs, the senior receiver crisply came out of the vertical route.

“Isiah gets to the top of the route and, boom. He knocks it down,” Moody said. “We were like, ‘This guy is the real deal. This guy is a player.’”

Moody was Manhattan’s defensive coordinator at the time, and from then on, he said it was clear Childs’ potential was nearly limitless. So when Kansas State officially offered Childs on Sunday, Moody wasn’t surprised.

Childs had a feeling it was coming; it didn’t make the moment any less special.

“‘Coach Haze’ (K-State defensive coordinator Scottie Hazelton) pulled me in to where the players come out of the tunnel and he was just telling me that I had a good camp and competed,” Childs said. “Then (head) Coach (Chris) Klieman, he was in the tunnel, basically told me he was going to offer me, and that blew me away. I’m a hometown kid who dreamed of playing for K-State for a long time.”

His family, Childs said, has been around K-State football his whole life.

After receiving the offer from the Wildcats, his mother was “thrilled.” His younger brother felt the same way: He’s a K-State fan.

Yet despite the offer, Childs said a few steps remain before he makes a decision on his future college.

Akron was the first Division I school to offer Childs, and the Zips want him to play running back, the position he’s starred at during his high school career. Childs will take an official visit to Akron June 20 and 21. He said he’d like to make a decision soon after.

Childs already made a strong impression on the Akron staff.

“Coach (Oscar) Rodriguez out of Akron, he told me right away, ‘This kid is a game-changer for us, and we need to have him,’” said Moody, referring to Akron’s safeties coach.

Childs already has cultivated a culture change at Wamego, Moody said — and he he’s yet to even play a game for the Red Raiders. He hurt his collarbone last fall and missed most of the Indians’ season. Childs then transferred to Wamego in January and sat out the spring semester to satisfy KSHSAA rules.

But even without playing a single down for his new team, he’s developed as a leader.

“The guys respect him already. It’s not just about how good of a player he is, it’s how he’s developing relationships with the guys as well, how he talks with them and approaches them,” Moody said. “They see it right away. It was an immediate impact, and it’s carried over to other guys that we have on the team, who have now stepped up as well.”

Despite his skills on offense, K-State is recruiting Childs as a linebacker. Childs hasn’t had many reps there yet, but he will this season for Wamego.

His lack of seasoning at the spot hasn’t discouraged Childs or Moody.

“I think college coaches have their own mindsets of where a kid fits,” Moody said. “His body type screams outside linebacker. He hasn’t gotten a lot of reps there high-school wise, but a kid of his size, you are going to be putting him in the box. I think you can put him anywhere.”

While Childs is eager for next season to arrive, he’s staying locked in to the present. He’s recovering mentally from the collarbone injury, which required doctors to put a metal rod in his shoulder. He wants to develop immediate chemistry with his new teammates at Wamego.

But there’s no doubt, Childs said, that the offer from his hometown university was exciting.

“It was just a real moment, and it showed how much I have been working and all the sacrifices we’ve had to make to get up to this point,” Childs said. “My family was really happy for me but we were all like, ‘I’ve got to keep on working.’”

Isiah Childs is on the move after just one season at Akron.

BG Consultants, Inc. is seeking an