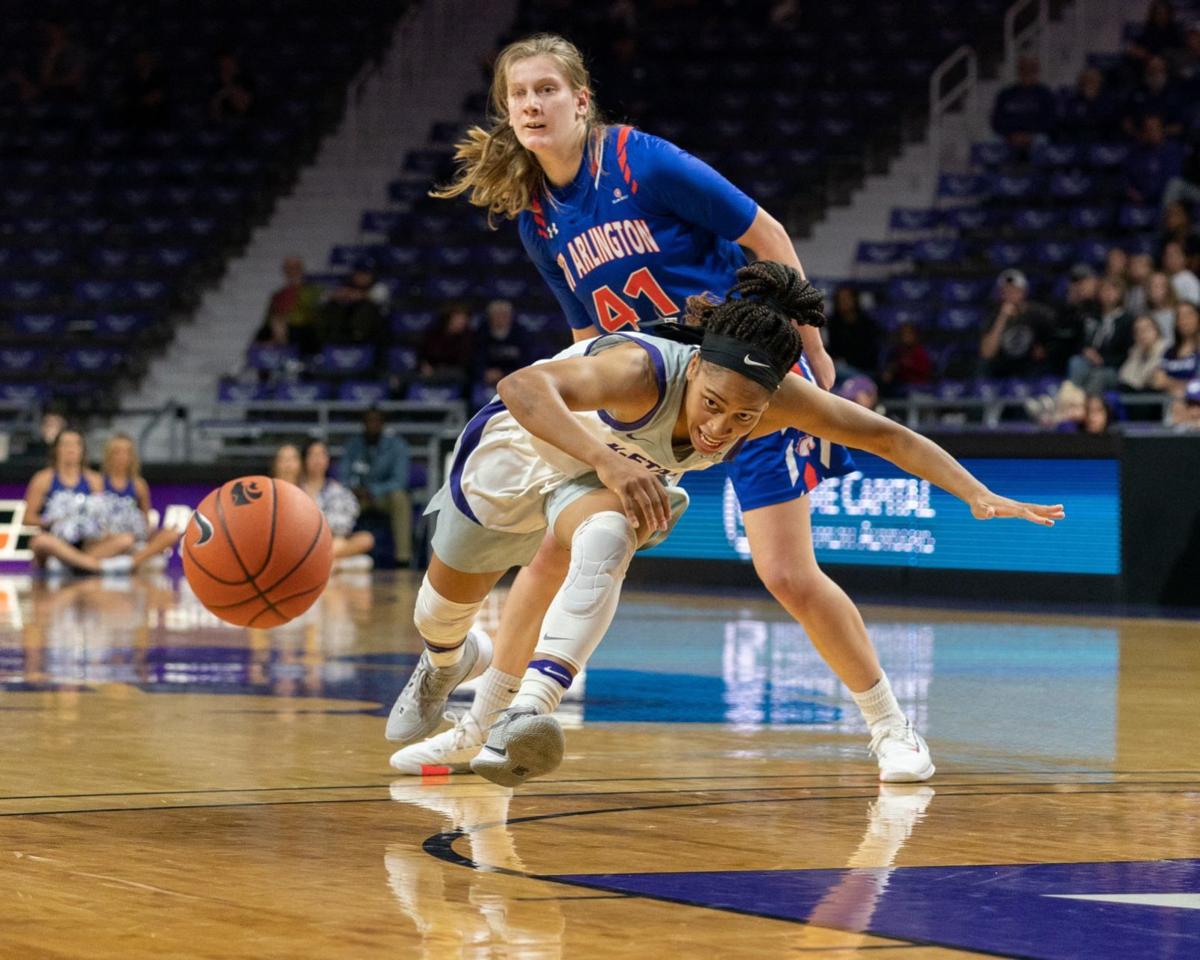 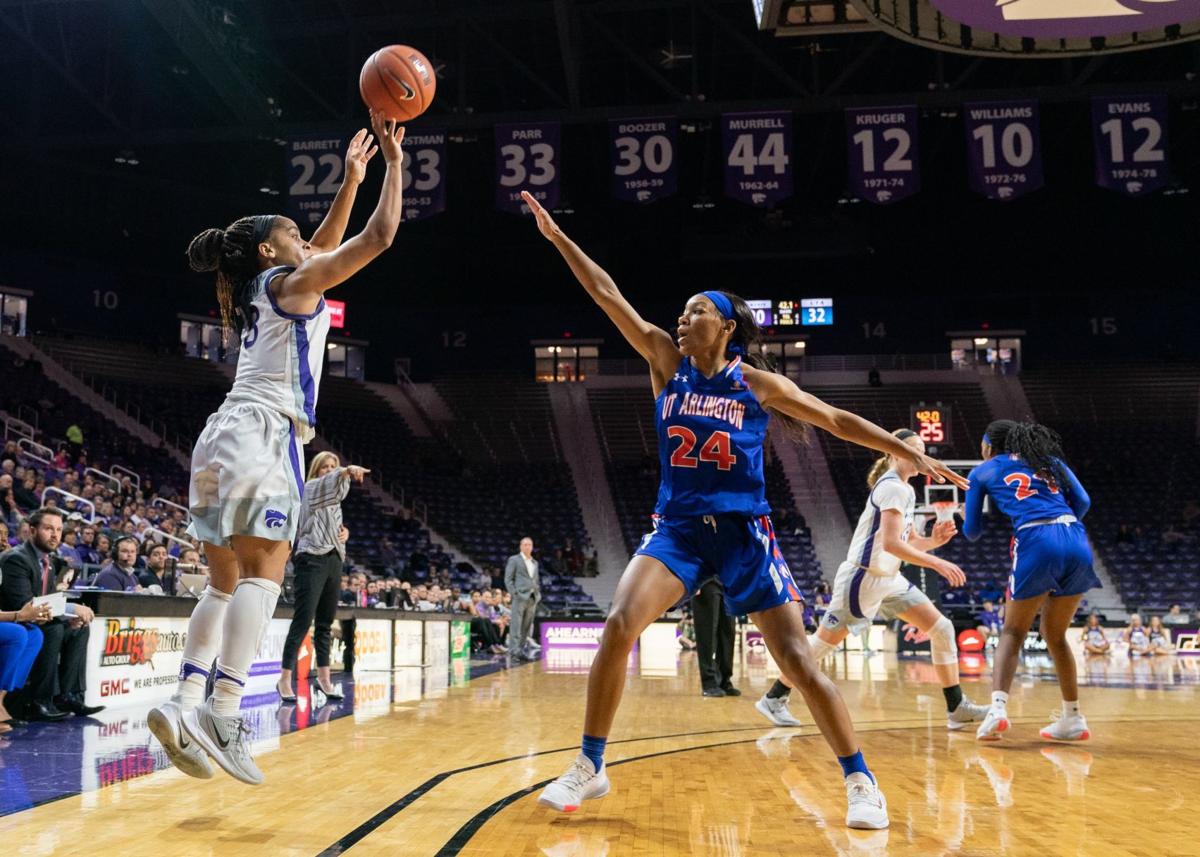 Take your pick from the following list. Can’t go wrong.

The full list of reasons Kansas State dropped a 57-53 home decision to UT Arlington Sunday afternoon is long and plentiful. The Wildcats were too sloppy, too casual, too willing to take contested shots when open ones were available.

K-State shot 25% from the field, lost 23 turnovers and let UT Arlington operate at too high a level.

K-State mounted a furious rally in the fourth quarter, but it wasn’t enough, not with the way the Wildcats had played in the previous three.

Before we go any further: K-State was seriously depleted in this game. The Wildcats played without the services of Rachel Ranke (ankle), Savannah Simmons (hip) and Cymone Goodrich (shoulder). Even guard Chrissy Carr, who logged 15 points on a 4-for-12 shooting clip, played while recovering from strep throat.

It also didn’t help the Wildcats’ case that Carr and forward Jasauen Beard picked up two fouls apiece in the first quarter. As a result, both went to the bench earlier than anybody on K-State’s side would have liked.

In a literal sense, the Wildcats weren’t themselves, and that mattered. But it doesn’t entirely explain why K-State lost to UT Arlington, which was picked to finish third in the Sun Belt conference this year.

What made K-State’s turnovers even more disastrous was when they happened. Several happened during live-ball situations. UT Arlington turned K-State’s 23 turnovers into 14 points.

They were costly in their own rights, but consider the circumstances. K-State spent the entire game in a hole. The Wildcats produced nice moments, ones that even inspired slivers of hope, but they vanished when K-State gave the ball away.

Put another way: This was the wrong day for the Wildcats to hit their season-high in turnovers.

“Just trying to do too much,” Mittie said. “We had some untimely ones when we were down 10, where we really needed to just have a good possession. Probably, at that point, Angela was trying to do way too much. And we had others, obviously.”

Then there was the issue of K-State’s shot selection. The Wildcats connected on just 17 of 68 shots from the field, including six of their 26 3-pointers.

Mittie pointed out that Macke contributed in other ways, even though she shot 1-for-7 overall, but the problem for K-State was that several of her teammates struggled through similar outings.

Harris supplied a 2-for-13 performance. Forward Peyton Williams, who registered 16 points and 18 rebounds, shot 8-for-18. Beard went 0-for-7.

This is where things take on more nuance, though, because players can — and do — miss open shots they normally make. That was likely the case for a few of Macke’s shots. Beard’s, too, as well as Harris’.

“Shot selection in the first wasn’t very good,” Mittie said. “I thought it got better. But then Arlington has a lot of energy and they’re starting to sense that they might have a chance for the upset. We had some wide-open ones, but like I said, those players were struggling.

“Angela was struggling to get something going. So then I think we just forced things.”

The most immediate result: The Lady Mavericks adjusted. They crowded the lane, making things hard on Williams underneath and daring the Wildcats to beat them from the outside.

Now, K-State will travel to the Bahamas for the Junkanoo Jam, beginning with a contest against Memphis on Friday.

Really, though, it may start with fixing the issues that led to Sunday’s loss.

“When you play like this,” Mittie said, “it really falls on me to get this team to be able to play better. We just struggled this week with some things.”