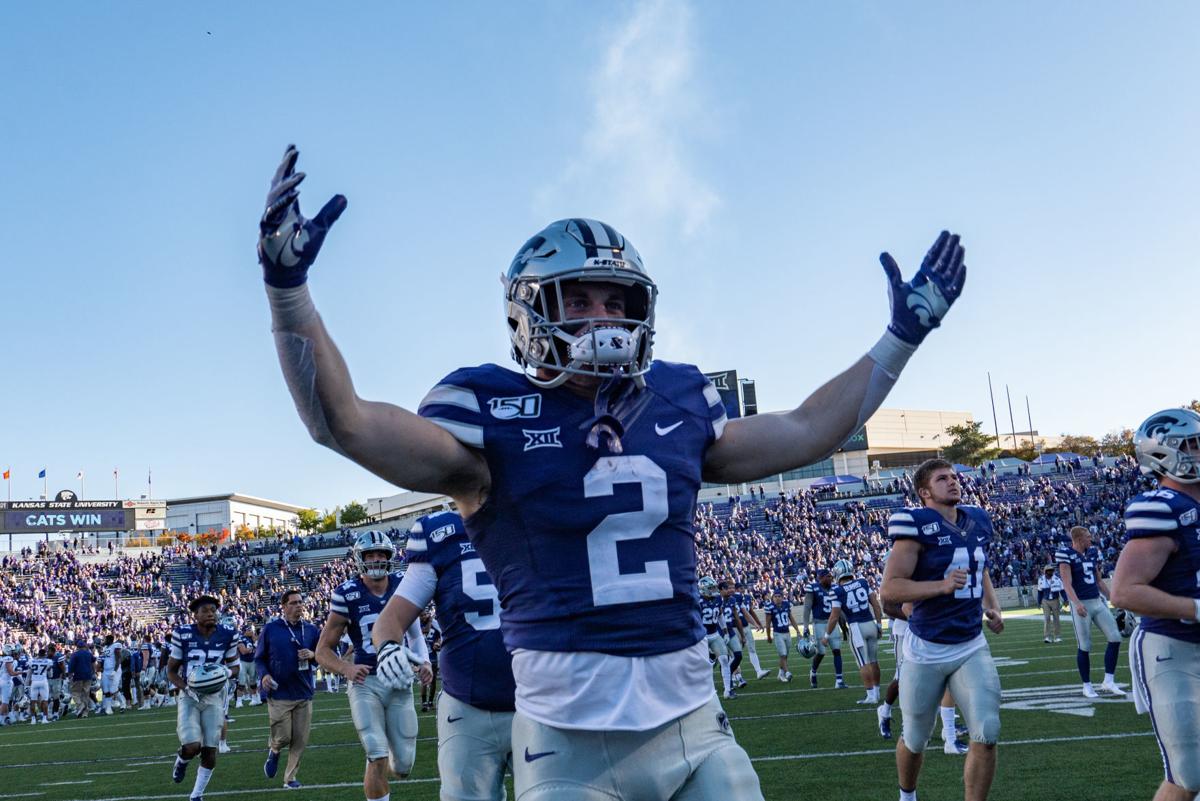 Kansas State running Harry Trotter celebrates while walking off the field after beating TCU 24-17 at Bill Snyder Family Stadium on Oct. 19, 2019. Trotter grew up in Kansas, briefly left the state to play college football, but returned to Kansas to play for K-State. 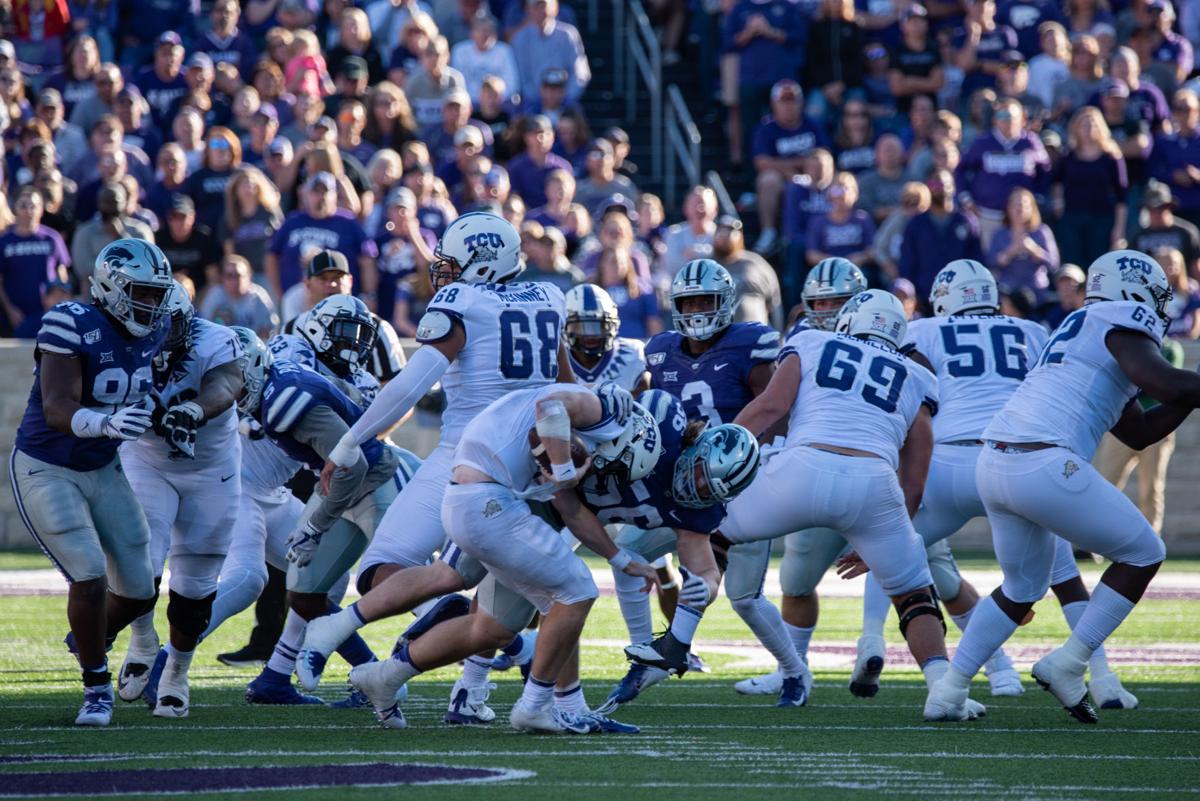 Kansas State running Harry Trotter celebrates while walking off the field after beating TCU 24-17 at Bill Snyder Family Stadium on Oct. 19, 2019. Trotter grew up in Kansas, briefly left the state to play college football, but returned to Kansas to play for K-State.

Kansas State is back in the win column.

After falling in consecutive games, with a pair of open dates included, K-State held off TCU at Bill Snyder Family Stadium on Oct. 19, picking up a 24-17 win.

“I can’t tell you how happy I am about the resolve those guys showed,” K-State head coach Chris Klieman said afterward. “We made some plays that we haven’t made in the past. ... It was a big win for us.”

And it was notable for Klieman in another way: It was the first Big 12 victory of his tenure, following back-to-back losses to begin conference play at the hands of Oklahoma State and Baylor.

“It was good stuff,” said Klieman, referring to the game-winning 95-yard drive. “And it was not a question in our mind that we were going for that on fourth down, because I didn’t want to have a three-point lead. We wanted to have a seven-point lead and so obviously, and then cap it off with Skylar making a tough run.”

The Wildcats (4-2, 1-2 Big 12) then stuffed the Horned Frogs on back-to-back possessions to end the game.

On the next-to-last possession for TCU (3-3, 1-2), K-State defensive end Wyatt Hubert came up big on a pair of plays. Moments after TCU receiver Jalen Reagor picked up 18 yards to get the visitors past midfield, Hubert dropped quarterback Max Duggan for a 9-yard loss.

“It was a big play,” Klieman said. “He makes — we called a pressure, and let the ends get upfield and go, and he dipped the corner really well. To get them into a second-and-19 or whatever it was after they had thrown a couple of passes to No. 1 (Reagor), who’s a great player, we were able to at least get them off schedule on the chains. “

Then on fourth down, Hubert pressured Duggan again, hitting the true freshman signal-caller in the middle of his windup. The pass fell limply to the ground and K-State took over on downs.

“We said, ‘We’re not going to let that quarterback sit back there or run to the ball to beat us,’” Klieman said. “We were going to bring heat.”

Thompson’s touchdown plunge was the only score in the final quarter, in a contest that was very much a defensive struggle.

After going more than a month without a win — prior to Oct. 19, K-State last tasted victory Sept. 14, at Mississippi State — the triumph felt like a long time coming for the Wildcats. And they want that feeling to carry with them into the future, into its game against high-powered Oklahoma and beyond.