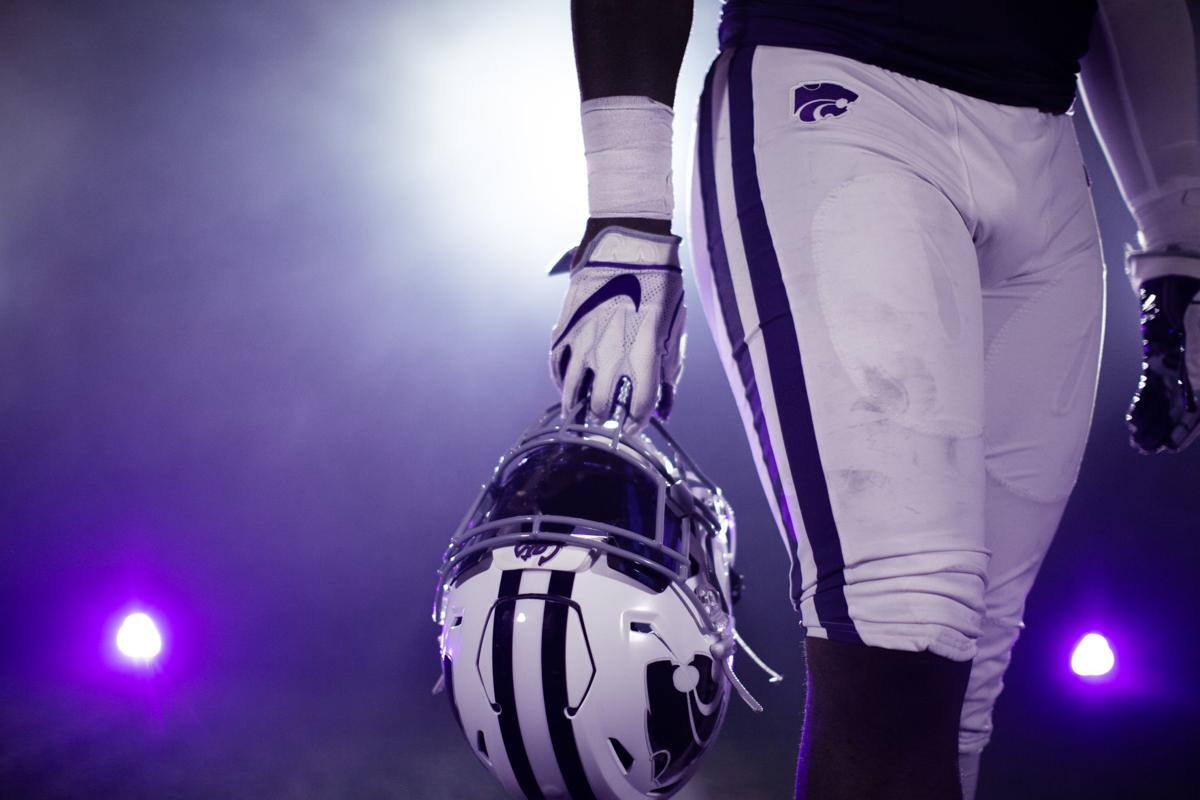 You see these white helmets and white pants? Do they make you run faster? 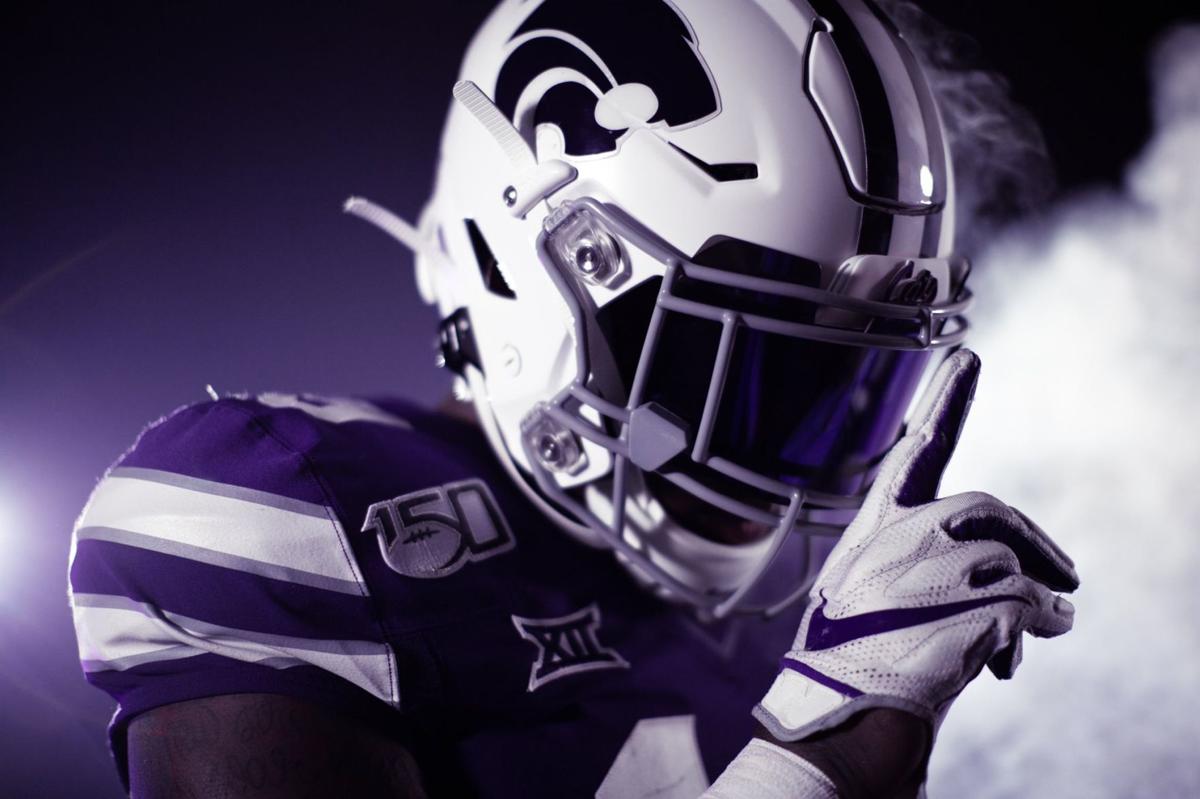 Kansas State revealed new uniforms for Saturday's game against Baylor, which will include white pants and white helmets.

You see these white helmets and white pants? Do they make you run faster?

Kansas State revealed new uniforms for Saturday's game against Baylor, which will include white pants and white helmets.

Kansas State football is switching up its look for Saturday’s Big 12 home opener against Baylor.

The Wildcats’ social media team teased on Twitter Monday afternoon that a jersey announcement could be forthcoming; approximately an hour and a half later, the account tweeted out a video featuring the uniforms the team will wear Saturday.

White pants. Purple jerseys. White helmet, with the word “cats” written in script font on the front and a purple Powercat logo.

It marks the first time K-State has altered its look in any fashion since its game against West Virginia on Nov. 11, 2017. That day was Fort Riley Day at Bill Snyder Family Stadium. That coincides with Monday’s uniform announcement, as Saturday’s game will serve as Fort Riley Day this year.

But nearly immediately upon Chris Klieman’s hire as the team’s new head coach, the fan base clamored for alternate uniforms to pair with their normal look. During his meetings with fans on the annual Catbacker Tour, Klieman said the most popular question he fielded was about changing the uniforms in some way — so popular that it “wasn’t even close” between that and the next-most-asked question.

Klieman was consistent in that he’s always been open to change.

“I think you can (change uniforms) a couple of times,” he said at a Wichita Catbacker Tour stop in May. “I don’t want to do it every other week where you’re not even sure what your colors are or what your designs are, but not only does it make it fresh for the fans and the players and recruiting and all of that stuff, I think you have to have variety.”

Klieman then listed a few ways to make that happen without making wholesale changes.

“Whether it’s a pant, a jersey, or a helmet, it all can look a little bit like it’s a brand-new look and you’ve just changed one thing,” he said. “I think that’s important.”

Saturday may only be the beginning. As Klieman noted back in May, he arrived far too late for the team’s jerseys, which are made by Nike, to change drastically this season.

“Usually, it’s a year in advance on everything uniform-wise,” Klieman said. “I’m looking at stuff with our equipment manager for the 2020 season, because if you’re looking at something for the 2019 season, it had to be done a year ago at this time. That’s how that works.”

What you've been waiting for... #KStateFB ⚒ Pound The Stone pic.twitter.com/1z6RIUZCYa

Kansas State will wear alternate uniforms Saturday. Instead of donning their traditional purple jerseys, silver pants and silver helmets, the …