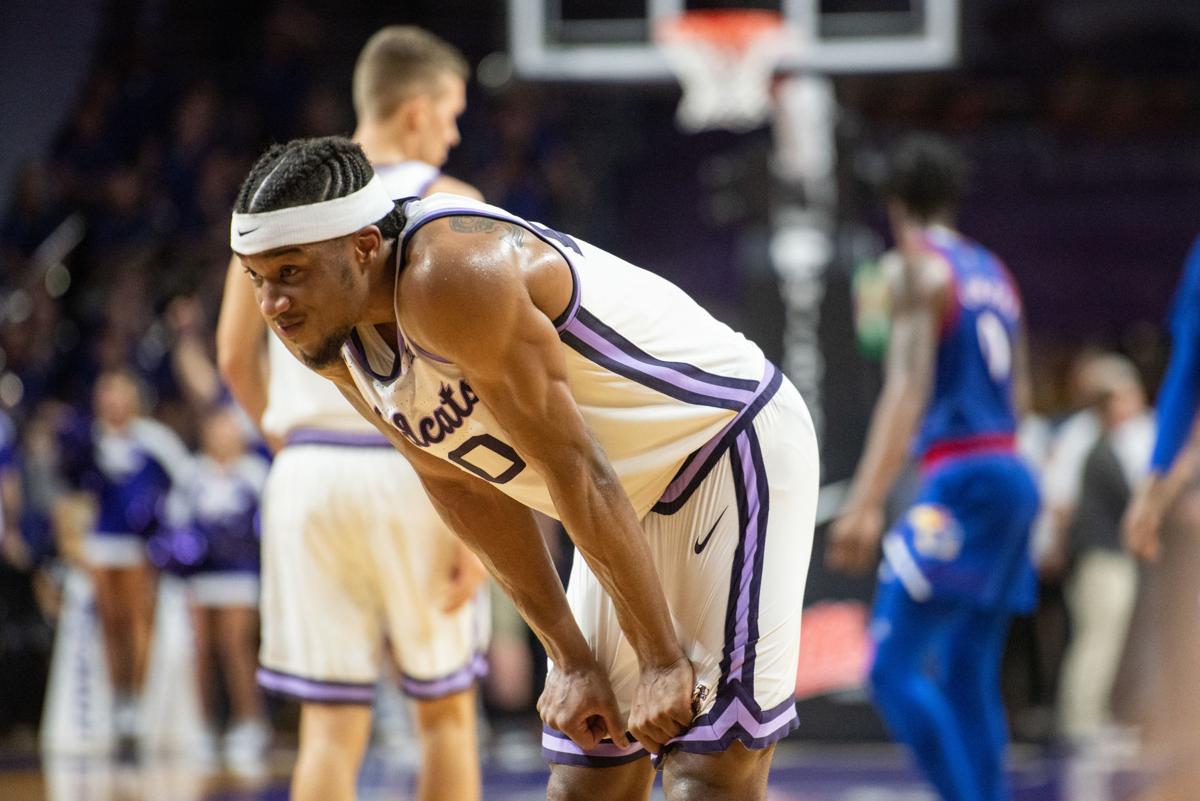 Kansas State senior wing Xavier Sneed (20) has a moment to himself Saturday after missing a 3-pointer on the prior play that would have put drawn the hosts within one point of tying top-ranked Kansas. Instead, the Jayhawks held on for a 62-58 victory at Bramlage Coliseum, marking their 11th win in the last 12 meetings with the Widcats. 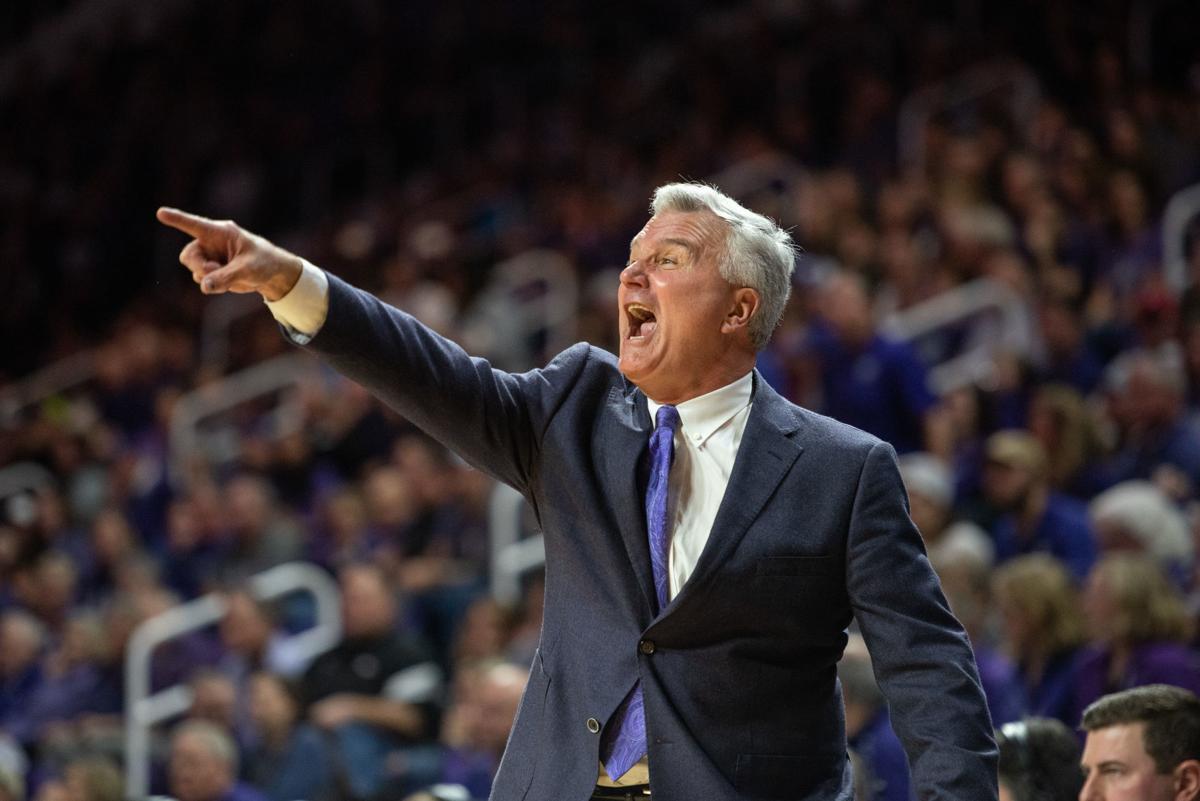 K-State head coach Bruce Weber yells at his team from the sideline during Saturday’s game at Bramlage Coliseum.

Kansas State senior wing Xavier Sneed (20) has a moment to himself Saturday after missing a 3-pointer on the prior play that would have put drawn the hosts within one point of tying top-ranked Kansas. Instead, the Jayhawks held on for a 62-58 victory at Bramlage Coliseum, marking their 11th win in the last 12 meetings with the Widcats.

K-State head coach Bruce Weber yells at his team from the sideline during Saturday’s game at Bramlage Coliseum.

Down just 53-48 and under five minutes remaining, Kansas State still had a chance Saturday.

Devon Dotson made sure K-State’s dreams of an upset remained only a flight of fancy.

Dotson, as he did so often Saturday, blew past his defender — in this instance, it was K-State junior guard Mike McGuirl. Forward Levi Stockard waited at the rim and tried to draw a charge, but didn’t do enough to sell it. Dotson went up and around Stockard to lay. The ball circled the cylinder before falling. Officials whistled Stockard for a foul, then Dotson calmly sank the ensuing free throw to extend KU’s lead to 56-48.

That capped a key 8-0 stretch for the top-ranked Jayhawks, who went on to win 62-58 and hand the Wildcats their ninth consecutive loss.

“We were just ready to play. Obviously a rivalry game, the energy in the building, our guys were focused,” K-State head coach Bruce Weber said afterward. “Credit to Kansas. They are really good. They’re tough.”

None tougher, or better, than Dotson.

The sophomore guard scored a game-high 25 points — and was the only Jayhawk to finish in double figures.

Weber couldn’t stop praising Dotson afterward. Specifically, Weber said Dotson has “elite” speed, which he featured on numerous fast breaks and half-court forays to the basket Saturday. What makes it even more impressive, Weber said, is that Dotson plays so quickly without being careless.

“He makes the right play. He can score. He can get downhill,” Weber said. “I thought the first half, we gave him a few easy ones, back door and a mess up on some. But after that, we made it tough on them other than transition, but you’ve got a guy like that guy — it’s elite speed, quickness, getting downhill. He got 25 today and he’s their leading scorer, but he’ll also make the right plays.”

That’s when junior guard Cartier Diarra, who scored a team-high 15 points Saturday, picked up his fourth foul. On a push off. Right in front of an official.

“It’s just a cheap one, dumb one — whatever,” Weber said. “There’s no need to do it. Obviously he can make plays for us. It helps everybody else because he can get downhill like Dotson can to make people help.”

The efforts just couldn’t help the Wildcats avoid a loss in as many games, extending the longest skid of Weber’s tenure. It’s also the Wildcats’ worst losing streak since the 1999-2000 campaign, when they lost 11 straight games in the final season of the Tom Asbury era.

“We just needed maybe one more guy to step up,” Weber said, “and make a couple more shots.”

Even so, in the first matchup since a brawl marred the end of last month’s game in Lawrence, the key storyline headed into Saturday was what might happen in the rematch.

That question was answered before the game even tipped off. Prior to the announcement of the starting lineup, the two teams met at halfcourt and shook hands.

“Obviously the first one ended in a not-special moment in K-State/Kansas rivalry history,” Weber said. “We wanted to make sure this one started with a positive moment of sportsmanship. You can move forward now and worry about the game and how it’s played.”

Breaking down KU's game-changing run against K-State, and why the Wildcats couldn't stop each play

Nothing is ever certain in college basketball and that is especially true in the Kansas State-Kansas rivalry. But on Saturday afternoon, when …