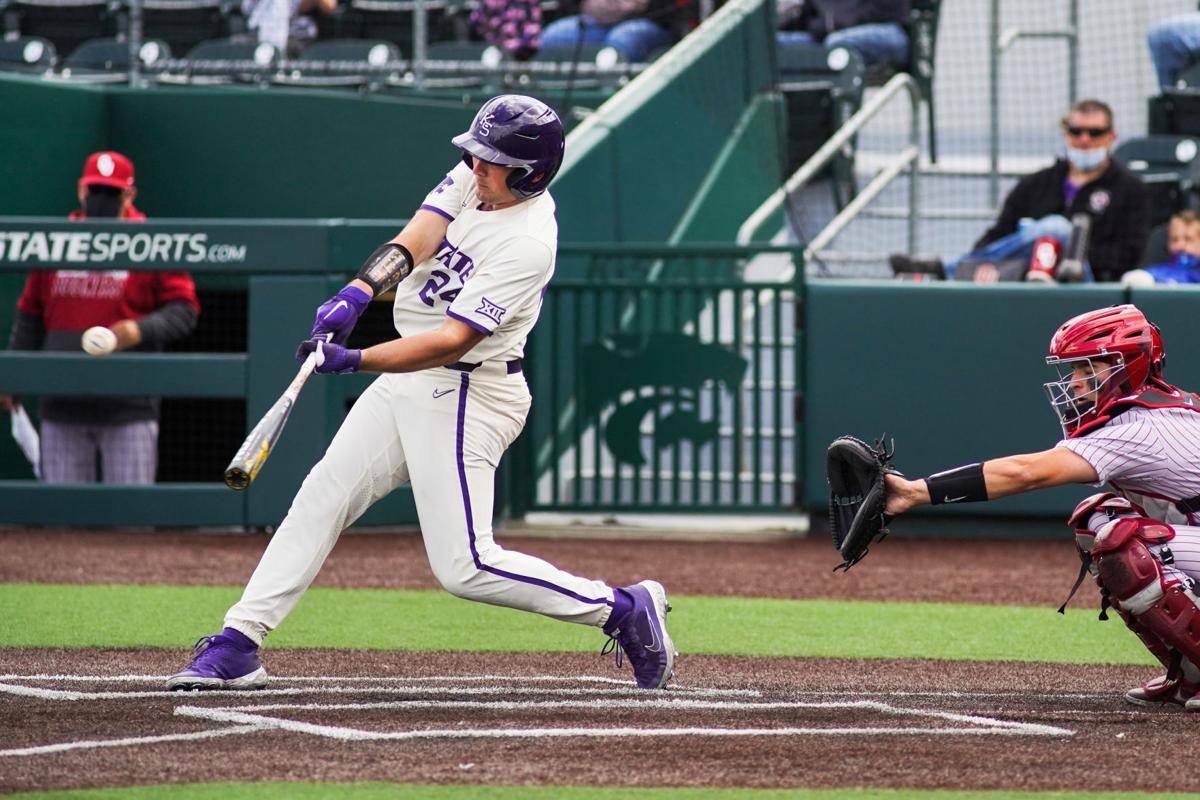 K-State sophomore Dylan Phillips swings and hits a 2-RBI homerun in the fifth inning against Oklahoma Sunday afternoon. The Wildcats won 8-3 and clinched their first series against the Sooners since 2013. 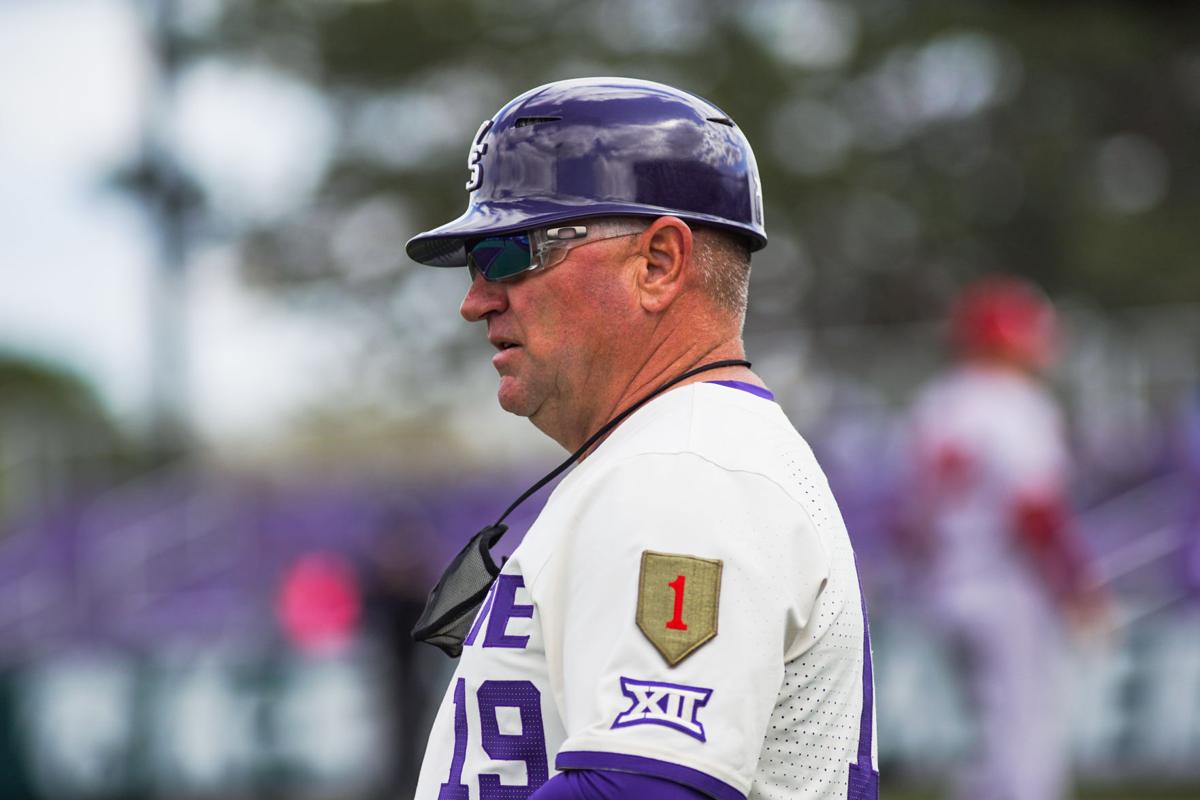 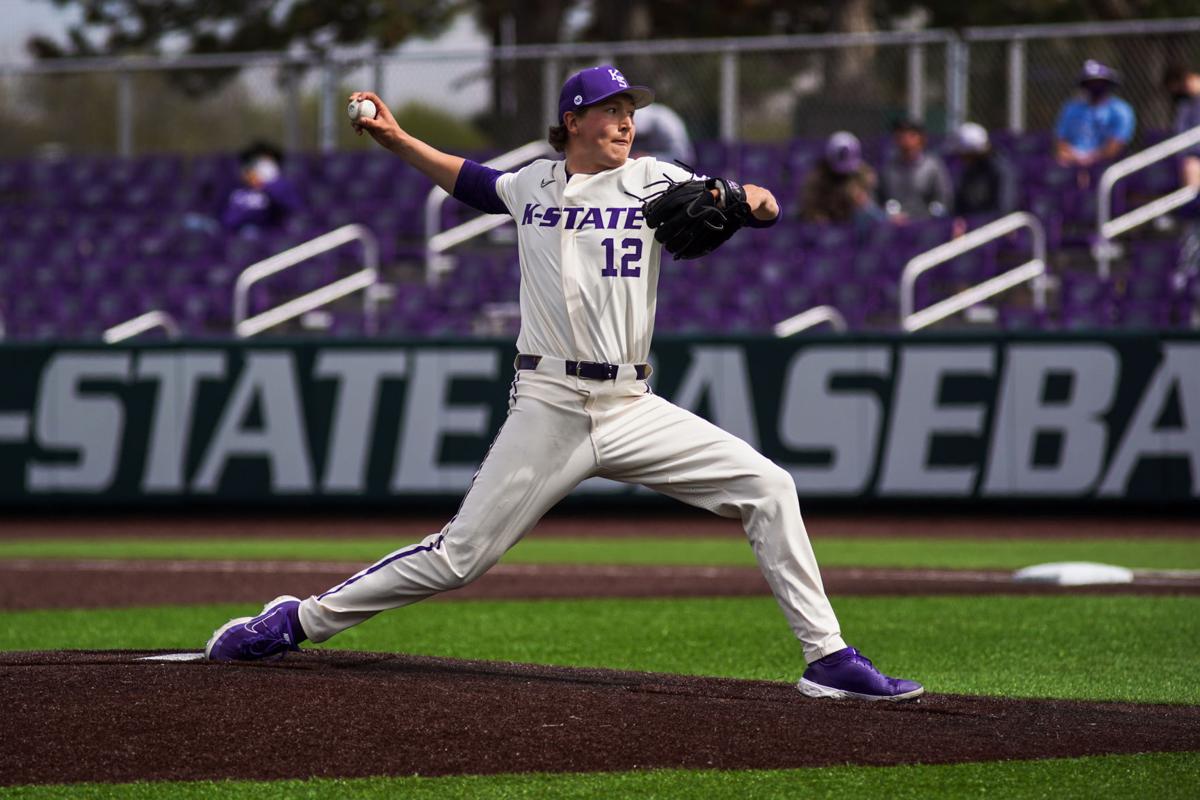 K-State sophomore Dylan Phillips swings and hits a 2-RBI homerun in the fifth inning against Oklahoma Sunday afternoon. The Wildcats won 8-3 and clinched their first series against the Sooners since 2013.

For the second time in 18 hours, Kansas State sophomore Dylan Phillips dug his cleats into the batter’s box with the Wildcats needing a hit.

On Saturday night, Phillips missed his moment: He struck out with the bases loaded to seal K-State’s 6-4 loss to Oklahoma.

In the fifth inning of Sunday’s 8-3 win over the Sooners, he blasted a 424-foot home run to right-center field that gave K-State a 4-3 lead. In doing so, Phillips helped the Wildcats clinch their first series win over Oklahoma since 2013, the last year they won the Big 12 or made the NCAA Tournament.

Head coach Pete Hughes isn’t saying the Wildcats have returned to that form — their win over the Sooners only pushed them into a tie for seventh in the conference — but he recognizes the progress they’re making toward it.

The way Phillips and his teammates responded to adversity this weekend reminded Hughes of other program turnarounds he’s witnessed.

“Those are the little examples that you see when a culture is trying to transition to a winning one,” Hughes said. “These guys are resilient. They play after losses, they bounce back. … No one ever panics.”

Hughes’ lineup was filled with “little examples” in the series finale against Oklahoma: Daniel Carinci learned he’d be replacing Kamron Willman at second base Sunday morning; catcher Chris Ceballos looked so tired that Hughes replaced him with Dylan Caplinger in the sixth inning; and the Wildcats’ pitching staff, thin on arms after Saturday’s doubleheader, corralled an offense that entered the weekend with the 15th-best batting average (.302) in the country.

Starting pitcher Connor McCullough earned the first chance at doing so, and while Hughes admitted McCullough “didn’t have his best stuff,” the freshman managed to eat four innings.The Sooners reached scoring position in every frame McCullough pitched, but they only scored three runs. Oklahoma stranded eight runners against him.

Tyler Eckberg, who replaced McCullough after McCullough allowed a single and double to start the fifth, exuded the poise expected from a fifth-year senior.

One day after pitching two perfect innings in K-State’s 3-2 Game 1 win, Eckberg shined in his longest outing this season. He allowed two hits and walked one batter in four scoreless innings.

While Eckberg steadied the Wildcats’ bullpen, Oklahoma’s unraveled. The Sooners used five pitchers in the final 4 1/3 innings and used eight pitchers overall. Only four completed an inning, and K-State earned 14 hits, four shy of their season-high (March 21 against New Mexico).

Caleb Littlejim finished 3-for-3 at the plate with an RBI and a run scored. Zach Kokoska finished 2-for-4, which extended his on-base streak to 32 games and his hit streak to 14. No Wildcat has recorded a hit in 15 straight games since 2014.

Phillips led the offense with two hits, two runs scored, two RBIs and two walks in five plate appearances, completing his cycle from rescuer to also-ran and back. Phillips won Game 1 with a walk-off single in the 10th inning, ended Game 2 with his ninth-inning strikeout and flipped Game 3 with his two-run home run in the fifth.

Hughes, who never doubted Phillips would rebound from Saturday night’s shortcoming, said he wants Phillips at the plate “100 more times” with the game on the line. He massaged that message into Phillips’s brain before Sunday’s game.

Hughes thinks the Wildcats are ready to make a move in the Big 12 standings, too. Beginning with next weekend’s home series against West Virginia, K-State plays seven consecutive games against teams with losing records.

He would know after leading Virginia Tech and Oklahoma to the NCAA Regionals as head coach.

After watching K-State take two of three from the Sooners, Hughes thinks the Wildcats might be a winning team, too. Not simply because they won a series against Oklahoma, but because of the character they displayed while doing it.

“There’s a transition period — I’ve been around enough programs where we’ve done it, and this feels like it.”