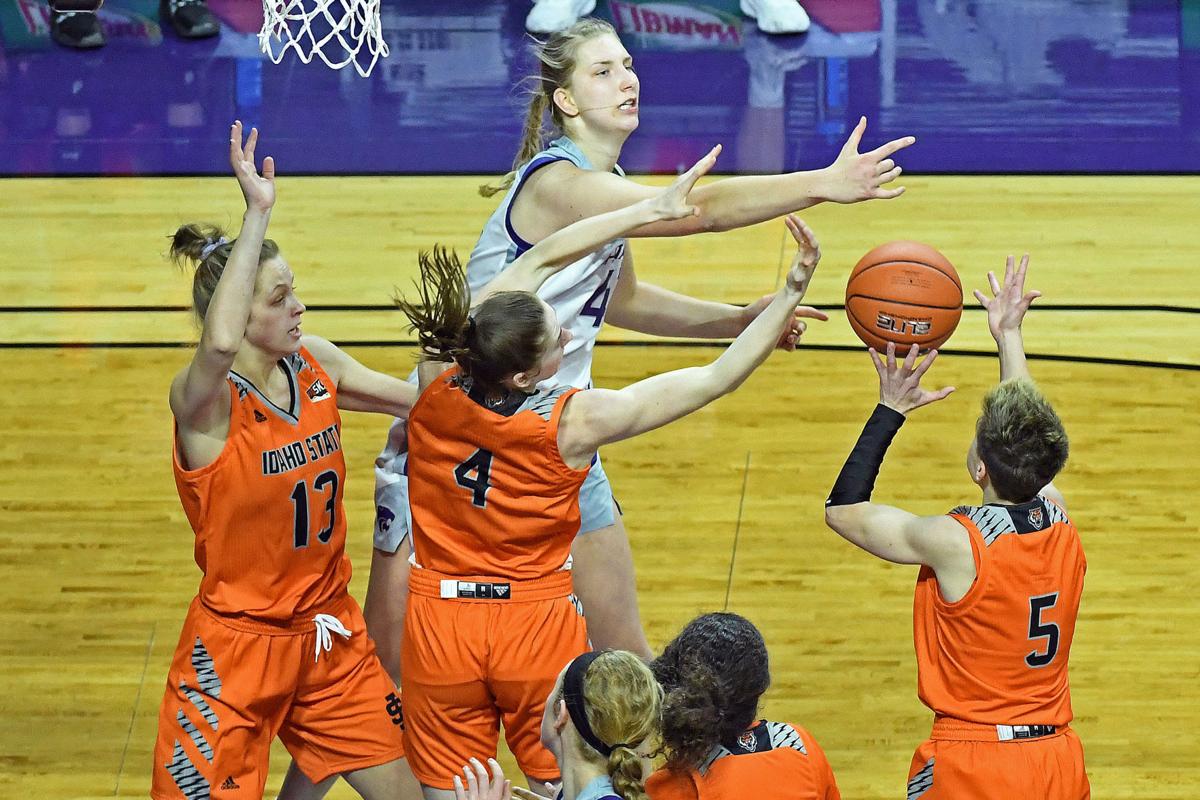 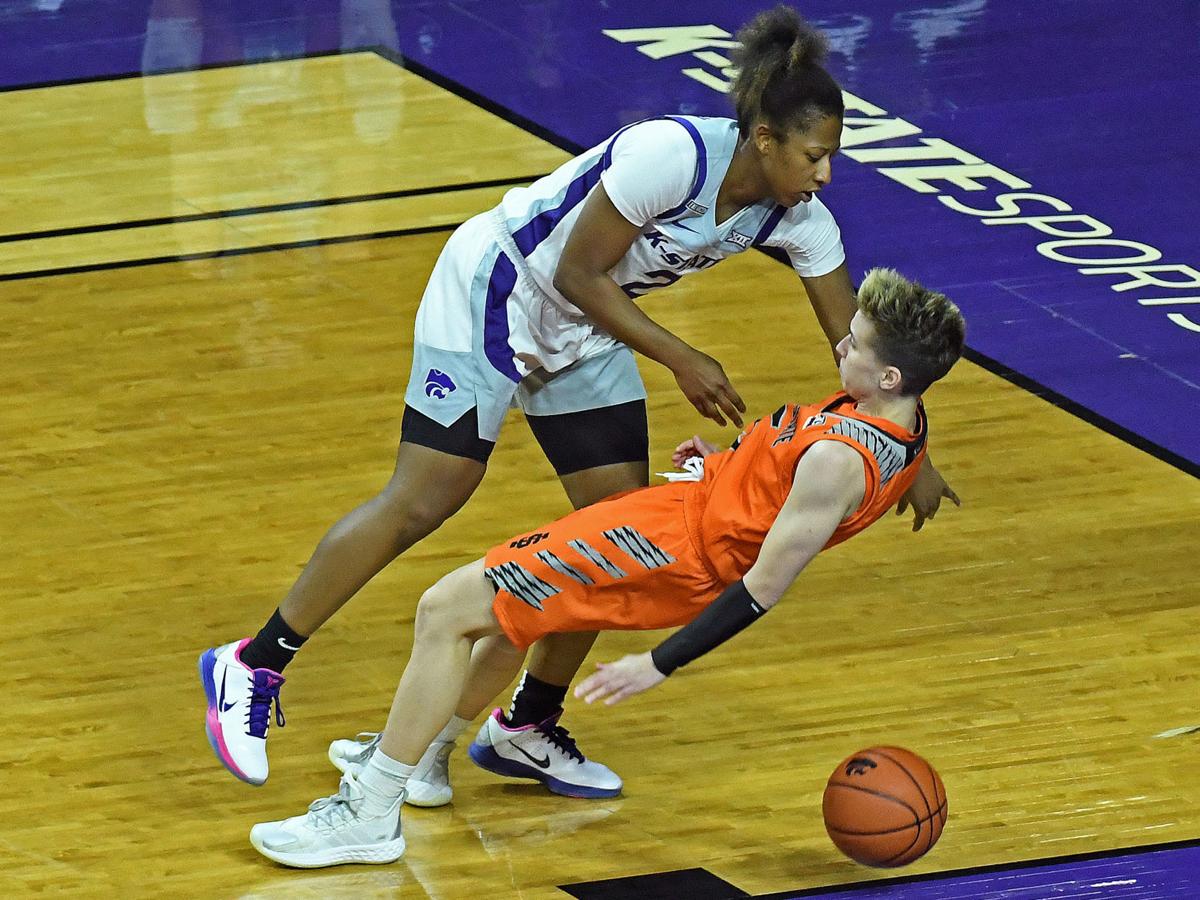 Coming out of the halftime break, the cracks in this Kansas State women’s basketball team were already visible. It took less than two minutes of the third quarter for them to fully splinter as the team crumbled to pieces.

The Wildcats were hanging on to a 24-22 lead heading into the second half against Idaho State. Despite playing solid defense, K-State couldn’t pull away from the Bengals after shooting 36.4% from the floor in the opening period.

Before long, Idaho State was on the right side of a 16-0 run through the first half of the third quarter before a timeout on the floor sent both teams to their benches. Along the K-State sideline, head coach Jeff Mittie stayed away from his team’s huddle for a brief moment, taking time to process what had just happened to his squad.

The stretch proved to be the decider in Tuesday’s game at Bramlage Coliseum, with Idaho State pulling the upset over K-State 65-50.

When guard Chrissy Carr scored off a layup out out of the timeout with 4:12 left in the third quarter, it was Kansas State’s (2-2) first basket in more than 10 minutes. The Wildcats’ most recent basket prior to the score was a Carr 3-pointer with 5:35 left in the second quarter.

The fact both baskets were scored by Carr should not go unnoticed. The junior guard tied her career-high in scoring with 24 points, making 50% of her total attempts as well as 50% of her 3-pointers.

“It was just finding my rhythm in the offense,” Carr said. “Those two 3s that I hit back-to-back, those were within plays we were supposed to be doing. It’s just waiting for my time to take the shot.”

Outside of Carr, the Wildcats’ offense was a disaster. Excluding Carr’s contributions, the remainder of the team shot just 21% from the field and made just one of their 20 3-pointers.

With star center Ayoka Lee once again on the bench dealing with an ankle injury suffered last week against Kentucky, the Wildcats didn’t get any production from their post players. Centers Ashley Ray and Taylor Lauterbach combined for just six points on 1-of-10 shooting.

Mittie noted Ray, who started the game, struggled to keep up with the pace of play for much of the first half. After alternating her with Lauterbach for the opening period, Mittie benched Ray for the entirety of the second half. Instead, he opted to play either the 6-foot-7 Lauterbach or a smaller lineup without a set center.

Lauterbach was not anymore successful than Ray, as the freshman went just 1-for-9 from the field despite having numerous open chances near the rim and an obvious height advantage over the Bengals. Though she grabbed 16 rebounds, she recorded just two blocks and was not especially effective in deterring Idaho State’s smaller players from driving to the hoop.

“It’s a big adjustment, particularly the center position, coming out of high school,” Mittie said. “If you asked Taylor how many players in high school she played her size, the answer is zero. Certainly Idaho State wasn’t her size, but those are kids who have been in the weight room, they’ve played bigger players, they understand leverage.”

K-State didn’t help itself with its defense, either. After performing well in the first half, the Wildcats allowed Idaho State to shoot 50% from the field and 62.5% from 3-point range in the second half.

“Definitely give them respect. They hit shots, hard shots,” guard Sydney Goodson said. “I think we lacked a little bit on defense. We didn’t have a lot of effort, a lot of energy, and that’s something we need to adjust.”

The combination of both made for a third quarter that saw K-State outscored 29-8. Despite a brief run from Carr to open the fourth quarter, which brought K-State back within 10 points of Idaho State (2-1), that was about as close as the Wildcats got the rest of the way.

Now, Mittie and his team face a short turnaround between Tuesday’s loss and Thursday’s game against South Dakota State.

K-State isn’t counting on Lee being for Thursday, as Mittie noted she would be a game-time decision. She has not practiced since the injury and was wearing a walking boot Tuesday.

If she isn’t able to go, the Wildcats will need to find another scorer who can play with confidence alongside Carr. If not, Thursday night could look a lot like Tuesday afternoon.

“My concern level is high,” Mittie said. “Right now, our guards can’t help each other score. We had eight assists today. That’s bad. Our guards are not helping each other score. They’re not making the right reads, they’re late on passes, they’re just not playing well together. I have a high level of concern right now of how we get that better.”