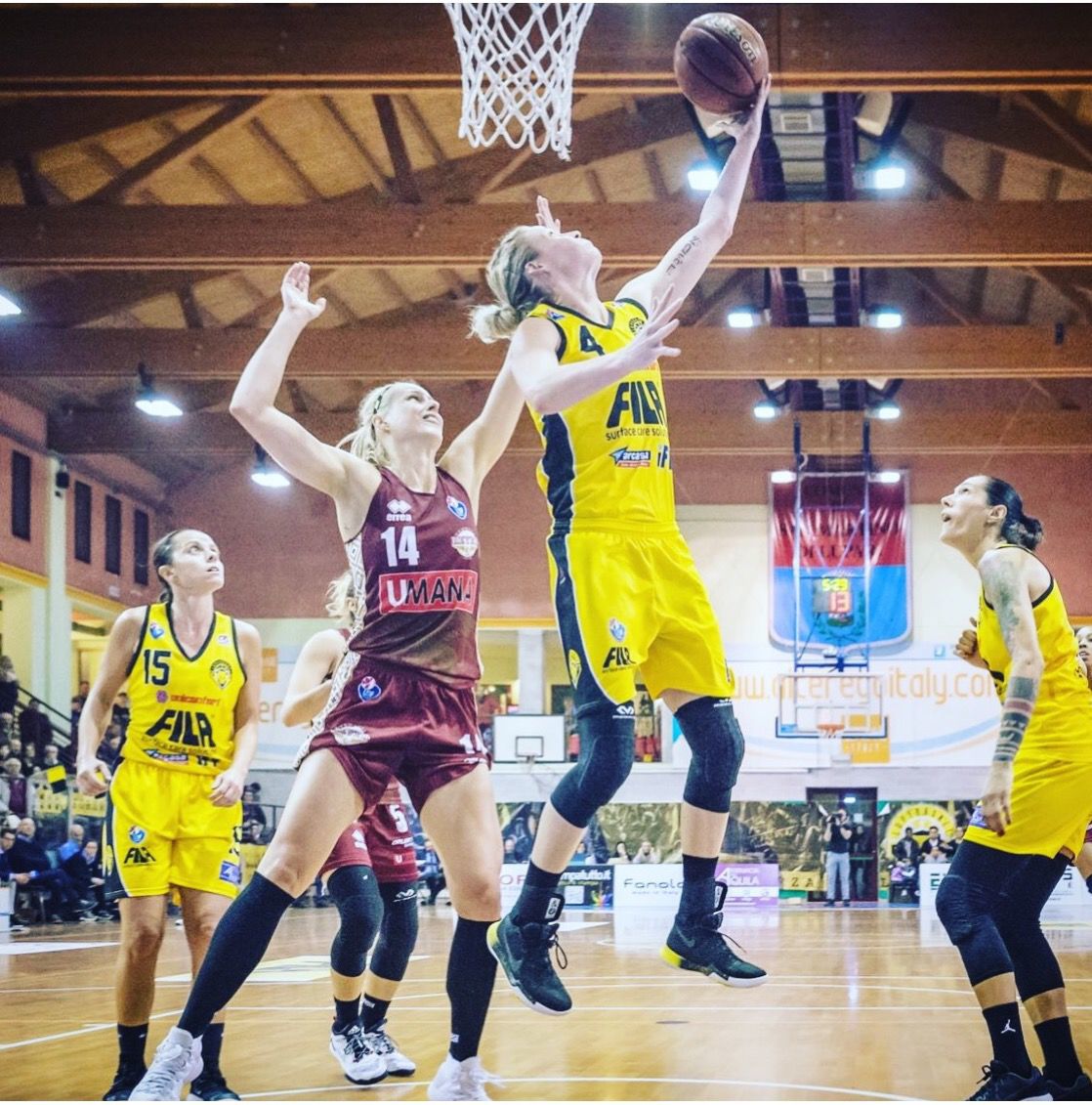 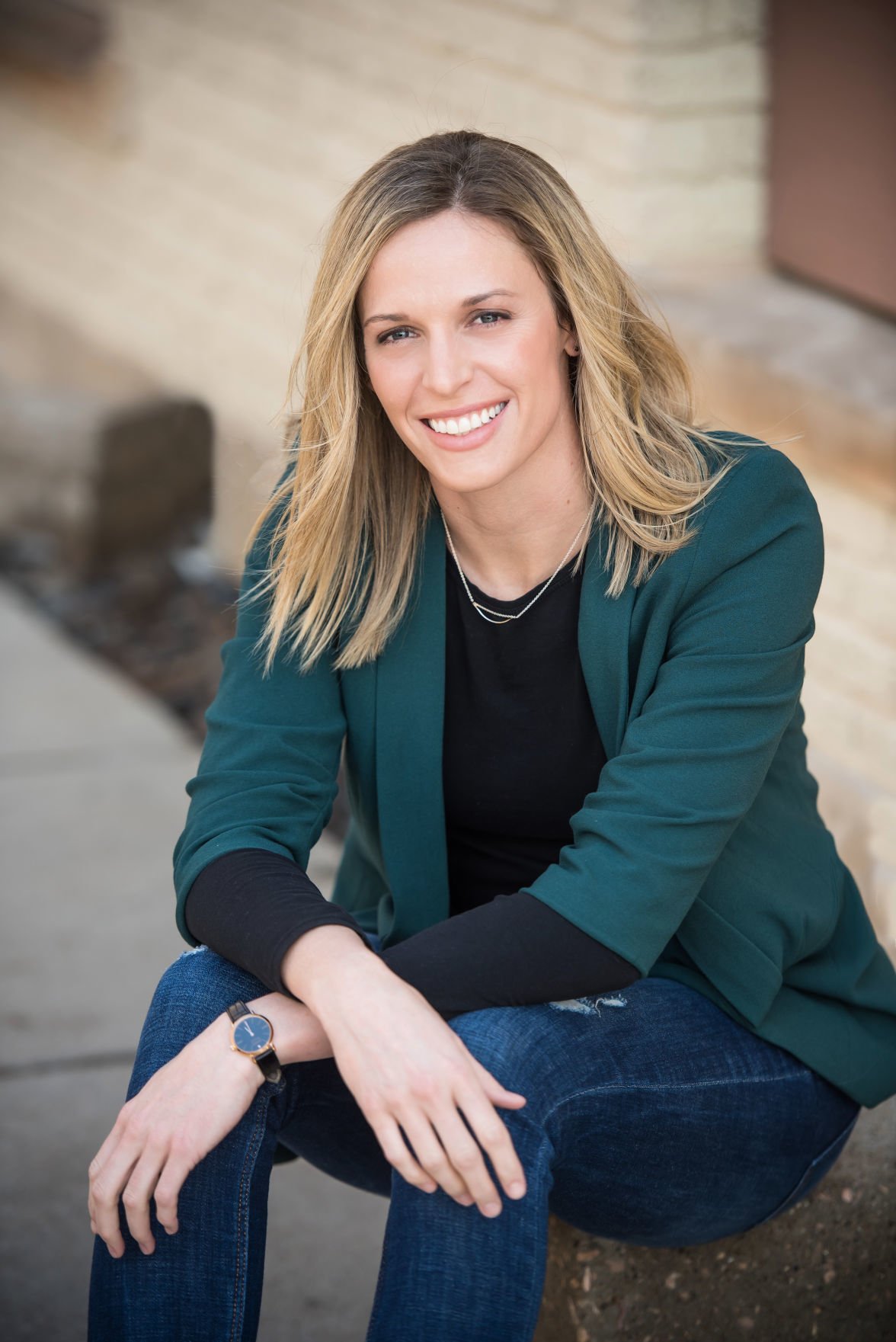 Former K-State player Megan Mahoney retired from a 14-year professional career in Europe in 2019. Mahoney was inducted into the South Dakota sports hall of fame this year.

Former K-State player Megan Mahoney retired from a 14-year professional career in Europe in 2019. Mahoney was inducted into the South Dakota sports hall of fame this year.

Megan Mahoney has seen a lot of beautiful sights in her life because of basketball. During her 14-year career playing professional basketball in Europe she drove through the Tuscan hillside and the mountain range from The Sound of Music, but another sight she remembered fondly when speaking at her own induction into the South Dakota sports Hall of Fame happened at Kansas State.

“We would get to the stadium probably two and a half hours before the game and I’ll never forget the line of students mostly wrapped around down the block into the parking lot waiting to get in,” Mahoney said. “We would be out shooting around when they would open the doors and it was like a trail of ants, students running and diving across the bleachers to get their good spots with their friends. Just playing in front of some really big crowds, I mean I’ll never forget my time down there in Manhattan.”

Mahoney, who retired from basketball this year, had a four-year career playing basketball for the Wildcats from 2001 to 2005, and that was just the beginning of a dream she never thought would happen.

Her basketball career began in the backyard of her childhood home in Piedmont, S.D. home on a concrete pad and hoop that her father pour and planted for her. At that point in Mahoney’s life, it was all just for the love of the game.

“I just started player there and I loved it. It never felt like work because I was super competitive and love sports and playing,” Mahoney said. “ I remember my first letter about college. I was like ‘wow, I could maybe get a scholarship and go play in college. It wasn’t something on my radar yet.”

Mahoney was a good player in college. She averaged 10 points, 4.6 assists and 6.2 rebounds in her career, but she still didn’t expect to be playing professionally until late into her K-State tenure.

“I kind of played in the shadows of Nicole Ohlde and Kendra Wecker and deservedly so, they were great players. So didn’t really realize until the end of senior year when there was talk that I might get drafted.”

Even with a good shot to play in the pros at this point, Mahoney hit a road-block. She ruptured her achilles tendon during the Big 12 tournament as a senior, an injury that will often end a career. Mahoney said she didn’t know any better at the time, and grinded it out as if it was any normal injury. This paid off, as she was drafted by the Connecticut Sun. It was with the Sun that Mahoney learned about playing pro ball overseas.

She spent the whole summer of 2005 rehabbing and grinding to get back out on the court. When she finally returned, fully recovered, it was in another country.

“The first team I played for after that was in Iceland. It was a lower-level league where I could get back into the swing of things and kind of get my confidence back,” Mahoney said. “I guess honestly I was a little bit naive at that point. I knew that it was a bad injury but I never even considered that it could be career ending.”

Mahoney had a heavily decorated career over in Europe. She was a three-time Italian Champion in 2009, 2010 and 2012. When she began her professional career in 2006 she won a title, a Ursvalsdeild Foreign Player of the Year award and was the Playoffs MVP. When Mahoney played in Italy for Cras Basket Taranto she won a Serie A1 Finals MVP in the 2010 championship.

“The whole Europe thing, playing professionally over there, that was something I never even dreamed of,” Mahoney said “I kind of heard of it but I didn’t really know much about it and that was just an amazing experience. It’s something I’m fortunate for and I never take for granted the opportunity that I had.”

Now back in South Dakota, Mahoney is pursuing new options. She is working as a realtor, but is staying heavily involved in basketball. When she got back she helped coach the Sturgis Brown High basketball team, where she went to school. This summer Mahoney is coaching a girls U17 AAU team with the Sacred Hoops program.

“It’s kind of scary when you’ve been an athlete for so long and most of your time and energy has gone to your craft,” Mahoney said. “It like anybody else trying to do something different in their careers. It’s scary but also kind of exciting.”