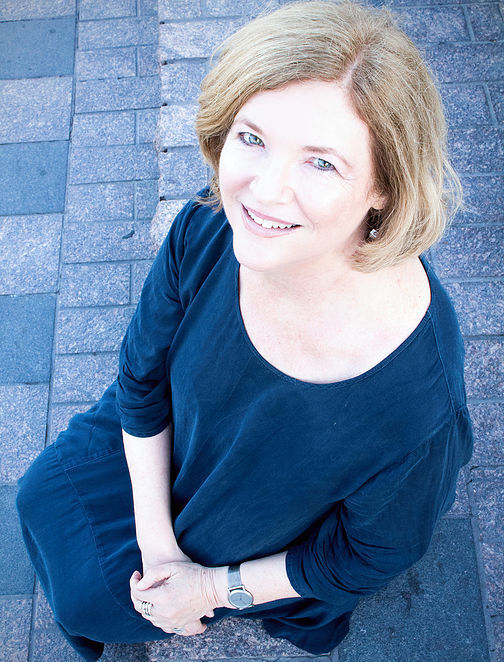 Novelist Romalyn Tilghman, who wrote the “To the Stars Through Difficulties,” which is inspired by her time at the local Carnegie library in Manhattan as a child. 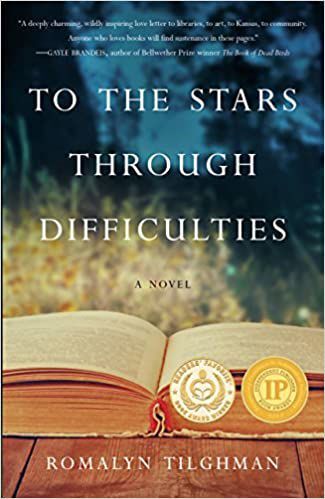 “To the Stars Through Difficulties” is a 2018 Kansas Notable Book. 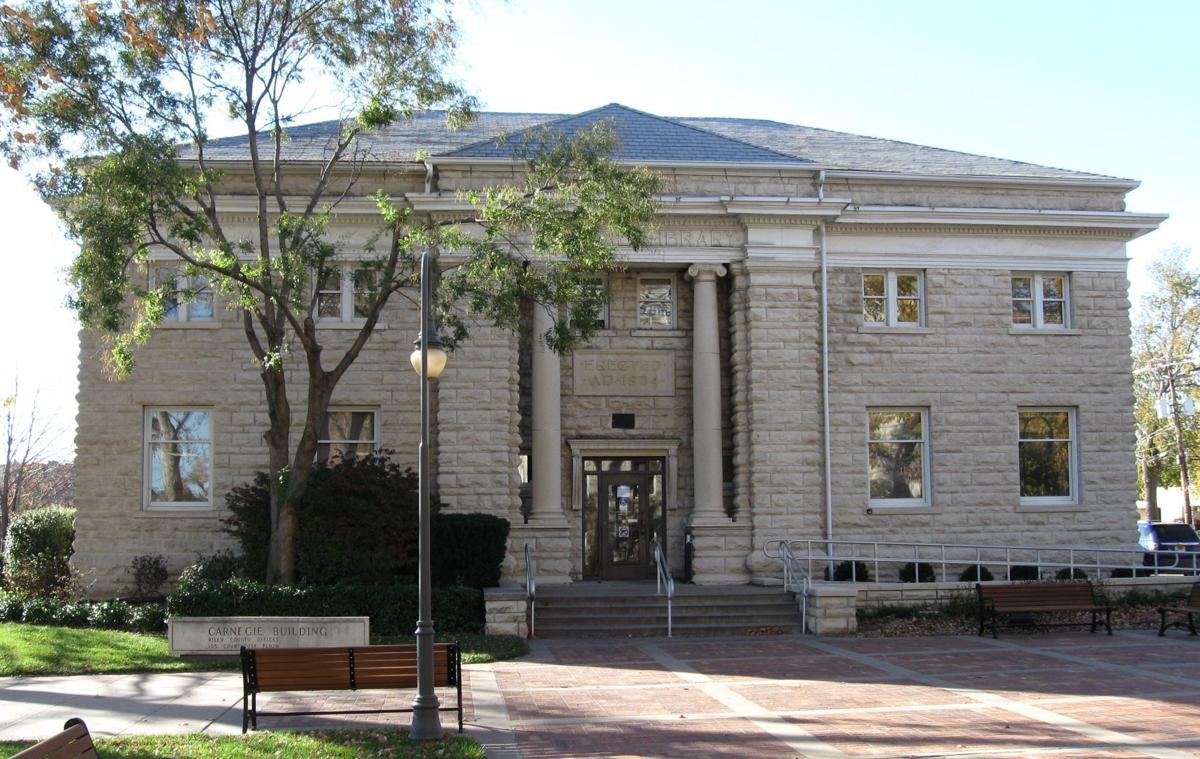 The former Carnegie library building in Manhattan is now a county office building.

Novelist Romalyn Tilghman, who wrote the “To the Stars Through Difficulties,” which is inspired by her time at the local Carnegie library in Manhattan as a child.

“To the Stars Through Difficulties” is a 2018 Kansas Notable Book.

The former Carnegie library building in Manhattan is now a county office building.

Romalyn Tilghman, author of “To the Stars through Difficulties” a 2018 Kansas Notable book, grew up about two blocks from Lee Elementary School in Manhattan. Tilghman was born Romalyn Eisenstark in Stillwater, Oklahoma, in 1950. Her family moved to Manhattan in 1952 for her father Abraham’s new job as professor of biology at Kansas State University.

Tilghman said 1952 was an exciting time to be moving to Manhattan. The floods of 1951 had roared across Manhattan and the Kansas River Basin in one of the most costly and deadly floods in Kansas history — amounting to approximately $750 million in total damages. One year later, when baby Romalyn, moved to town — Manhattan was still in shock and in stages of rebuilding. There was excitement, hope and division over the beginning of the construction for Tuttle Creek Dam in order to prevent future floods — and the resulting evacuation of the area that would become Tuttle Creek Lake.

Tilghman went to Lee Elementary School, which, she notes was named not for a general but for a librarian: Mary Cornelia Lee served the Carnegie library from the time it opened in 1904 until 1942.

At Lee Elementary, Tilghman remembers playing four-square every recess, though the court has since been torn down for renovation. “I did everything, though: jumprope, tether ball, swing sets, teeter totters and merry-go-rounds, you name it.”

In the winter she would “run up and sled down the hill at the end of College Heights Road until the 5 o’clock whistle would sound and I, with all of the other kids, would scurry home for dinner.”

Romalyn’s childhood was most characterized by one Manhattan building that still stands today — the Carnegie Library. Although it no longer serves as a library — it’s now used as the Riley County Attorney’s office building — it was once the center of young Romalyn’s world.

“I went there before I learned to read or talk, my dad always said.” Her father, “emphasized reading and learning from a young age, but he did not point me in any which way,” Tilghman said. She felt so connected to this place because, “I felt like I could learn anything and everything. The library was the one place in the world where I really felt rich.”

Romalyn graduated from Manhattan High School in 1968 and enrolled at the University of Kansas.

Her passion for reading that she had found in Manhattan libraries during high school translated to an interest in writing at college. She signed up for her first creative writing course and had gone to a few days of classes when she received her first creative writing assignment. It was to write a poem and perform it in front of the class. Tilghman said she “wrote a poem, read it to myself a few times and decided to tear the paper up and withdraw from the class rather than perform it in front of the other students.”

And so Tilghman’s creative writing career was delayed. She graduated with a bachelor’s degree in 1972 and then went on to get an master’s degree in journalism in 1974 — both from the University of Kansas. She then moved to Kansas City to become executive director of the Association of Community Arts Councils of Kansas (ACACK) where she was charged with “working to develop programming for local arts councils and help create new councils in communities that didn’t have them.”

Her favorite memory was creating OZII alongside Kansas First Lady Ramona Carlin one night at the Governor’s Residence in Cedar Crest. OZII was a children’s art festival at the Capitol grounds in Topeka, celebrating International Year of the Child. They invited the original “Wizard of Oz” wicked witch, Margaret Hamilton, to ride in the parade and covered the Capitol steps in golden fabric as their own yellow brick road.

“OZII was an incredible event and Romalyn’s organizational skills, ingenuity, and entrepreneurial instinct were well demonstrated by its success,” said Don Lambert, Tilghman’s lifelong friend and colleague at ACACK.

Don believes the best testament to Tilghman’s character was not her fantastic festival planning but instead, “Her Kansas Artist Postcard Series. At the time most postcards were a simple flag or a ‘Visit Kansas’ slogan. She decided a great opportunity to showcase the talented and under-appreciated Kansan artists would be for them to paint, draw, and create postcard size art that could be used across the state and country. Her Kansas Artist Postcard Competition often had upwards of 200 submissions—it was so creative and entrepreneurial.”

”Romalyn,” Don said, “Made Kansans aware of the art that surrounds them and the artists who channel those surroundings into their work.

By the time Tilghman left the ACACK to become a regional representative for the National Endowment for the Arts in 1980, she had built the program from 11 arts councils up to 59 councils across Kansas. She also worked as an NEA representative for 12 years. She has since lived on the West Coast and worked as a contractor for many different arts organizations.

It was there she began writing her first book, “To the Stars through Difficulties,” which was a 2018 Kansas Notable Book. The title of the book refers to the Kansas state motto, “Ad Astra Per Aspera.”

“To the Stars through Difficulties” chronicles three women’s lives in New Hope and Prairie Hill, Kansas: one a researcher of Carnegie libraries, one an artist-in-residence at a local art gallery, and one a survivor of an F-5 tornado that had demolished her neighborhood.

Many of the stories and experiences can be traced back to Tilghman’s experience at the Manhattan Carnegie Library or her work for the ACACK. Later in the book, one character’s mother, the Carnegie Library researcher, reflects, “Tonight we discussed a new book called ‘The Wonderful Wizard of Oz,’ by Frank Baum, which we’ve been passing around. Claire insists this one book will make Kansas the laughingstock of the country, with its references to a girl swept away by a cyclone, from her dismal home in Kansas. I wonder if she actually read it all, got to the end. Because I came to a different conclusion. I came to see that even a place with challenges (like tornadoes) and people who remind you of witches (like Claire), even a place that can seem boring and ordinary, can become a home. A home to which you’re fiercely loyal and want to make better even though the challenge is daunting.”

Tilghman now lives and works in Los Angeles, where she is working on a second novel set in New Hope and Prairie Hill, Kansas.