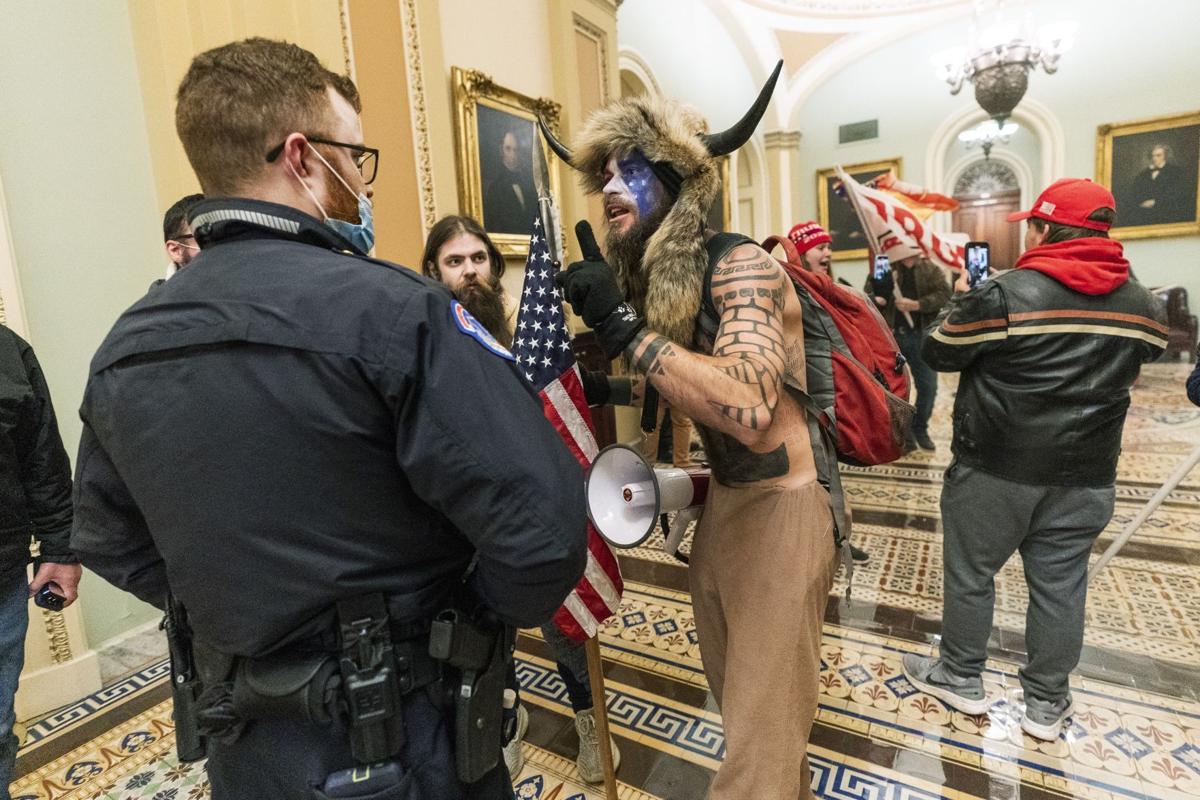 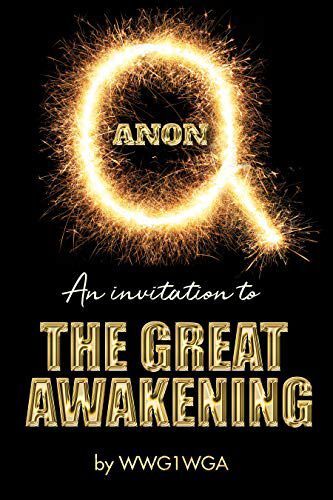 “QAnon: An Invitation to the Great Awakening,” by WWG1WGA (Where We Go One We Go All).

“QAnon: An Invitation to the Great Awakening,” by WWG1WGA (Where We Go One We Go All).

Let me run a conspiracy theory by you. Get ready. Donald Trump is a righteous crusader who is battling a globalist Illuminati-led pedophilia crime ring and every institution of note, except the military, is in on the game. The media, universities, FBI, CIA, foreign governments, Wall Street and Big Tech companies all exist to cover this up and perpetuate the status quo. Sound reasonable? Didn’t think so.

But it gets better. Inside the Trump administration is a high-ranking insider who has the power to orchestrate big things who passes secret coded messages to “true patriots” over the message board 8kun. He gives action plans, predicts imminent events, and coded demonstrations of his power within the administration. There is a war between light and dark and light is winning but it needs your help. Sound better? Didn’t think so.

I’m not going to waste your time with any sense of suspense. “QAnon: An Invitation to the Great Awakening” is trash. It’s in the bottom two books I’ve ever read. Sean Penn’s “Bob Honey Who Just Do Stuff” occupies the other spot.

The writing is done by a variety of authors. Sometimes, one person writes a chapter. Sometimes, it’s a group. Sometimes, the main portion of the about the author section advertises the author’s history with the game “World of Warcraft.” No, I didn’t make that up, page 255, it’s in the library.

The writing and ideas contained within are so hilariously bad they defy belief. Here, I’ll quote some writing for you, “Yes, Q brought Q1675, I said B2, Trump said organ, I said Hammond, he pardoned the Hammonds. Then Trump went to Helenski. Putin gave him the ball, Trump gave it to Melania and said: this is for my Son Barron [sic]. Then, for his interview, he picked CNBC. Why? Because the name of the show is Squak Box.”

There is quite literally no redeeming literary quality to this book, and I do not say that lightly. Everything from the layout, the arguments, the writing style, the repetitiveness, to the multitude of fonts used (both serif and sans-serif make an appearance). The writing flow and internal logic reminds me of the short story, “The Repairer of Reputations” by Robert W. Chambers, which focuses on two madmen. It’s a great story and public domain, so go read it.

You might laugh off all this stuff. Surely, no reasonable person could believe any of this. I would argue that people thought the same thing about the intelligentsiya in Russia who were the precursors to the Bolsheviks. They thought that about the anarchists before they killed a bunch of royals in the late 1800s/early 1900s and helped start World War I. Hitler’s “Mein Kampf” sold very poorly before he came into power. All powerful movements start as small movements.

We are in a new age of ideas and have been since the internet facilitated the meeting of like minds across wide spaces. Gone are the days when you have to find someone who’ll meet with you in your own town. You can, and many do, spend all your time online interacting only with people who agree with you. You can only watch news channels that cater to and reinforce your preconceived notions.

I would say the QAnon movement is more deeply insidious though because of how information is disseminated. Where an op-ed in the New York Times just informs you of how you’re supposed to think, Q posts pose riddles that the faithful must excavate the meaning from. There are word games, numerology and analyses of current events. The posts are vague enough that, given sufficient effort, some parallel with the real world can be found down to Trump pointing up during a specific point in a song or saying the number 17 enough times.

Before you tell me nothing will happen, you may be surprised to know that one has already been arrested on terrorism charges for blockading traffic with an armored truck and an AR-15, one was arrested for attempted kidnapping, one rammed and chased another car before being arrested, and one killed Frank Cali, the Gambino crime family underboss, in front of his own home. There have been other incidents. This, by the way, is how they’ve behaved while they’ve been told they’re winning. What do you think they’ll do if they think they’re losing?

This review, by the way, has proven remarkably prescient as believe it or not, I wrote it several weeks before the Capitol Hill assault. And what do you think a lot of the chants going on outside the doors were related to? Yeah, they were QAnon.

The extreme left and right are both growing increasingly radicalized, and the future looks violent. It’s only a matter of time now before these groups have a serious, deadly clash.

Pay attention. The lockdowns kept a lot of people home and online. The movement has numerically grown and gotten more organized since March. This horribly written book is their manifesto, and you should get informed before you get surprised.