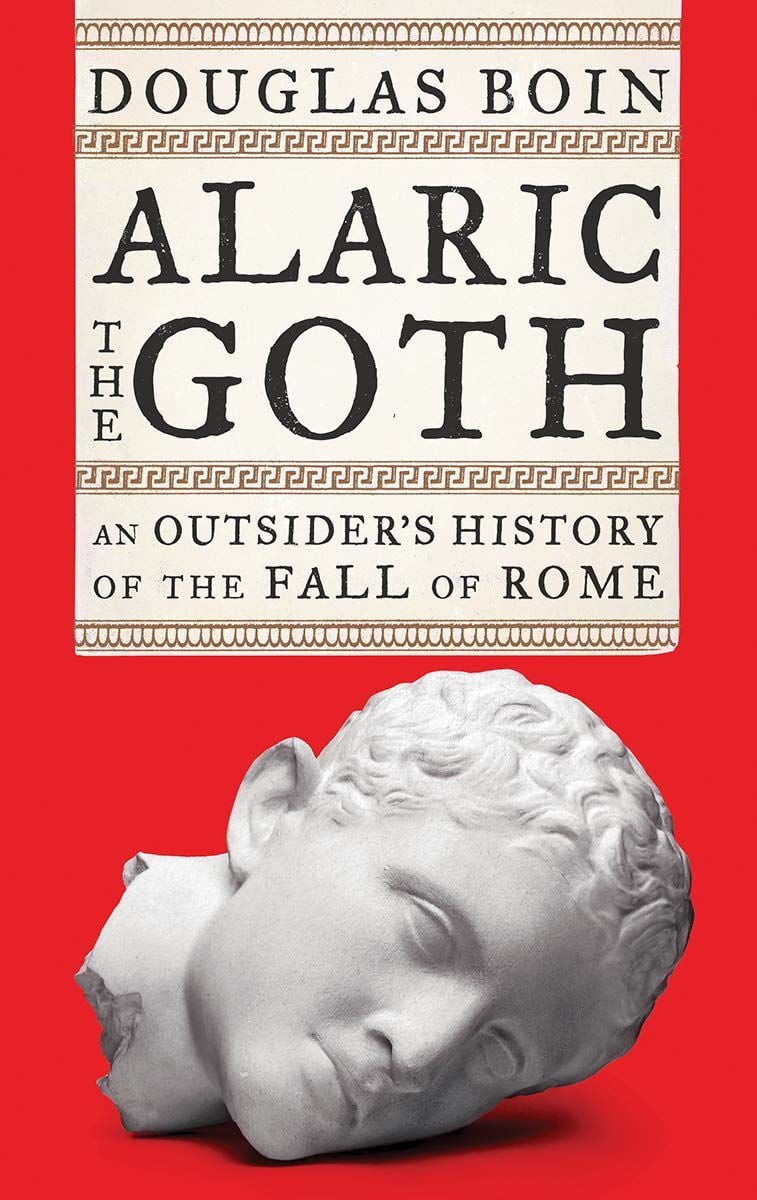 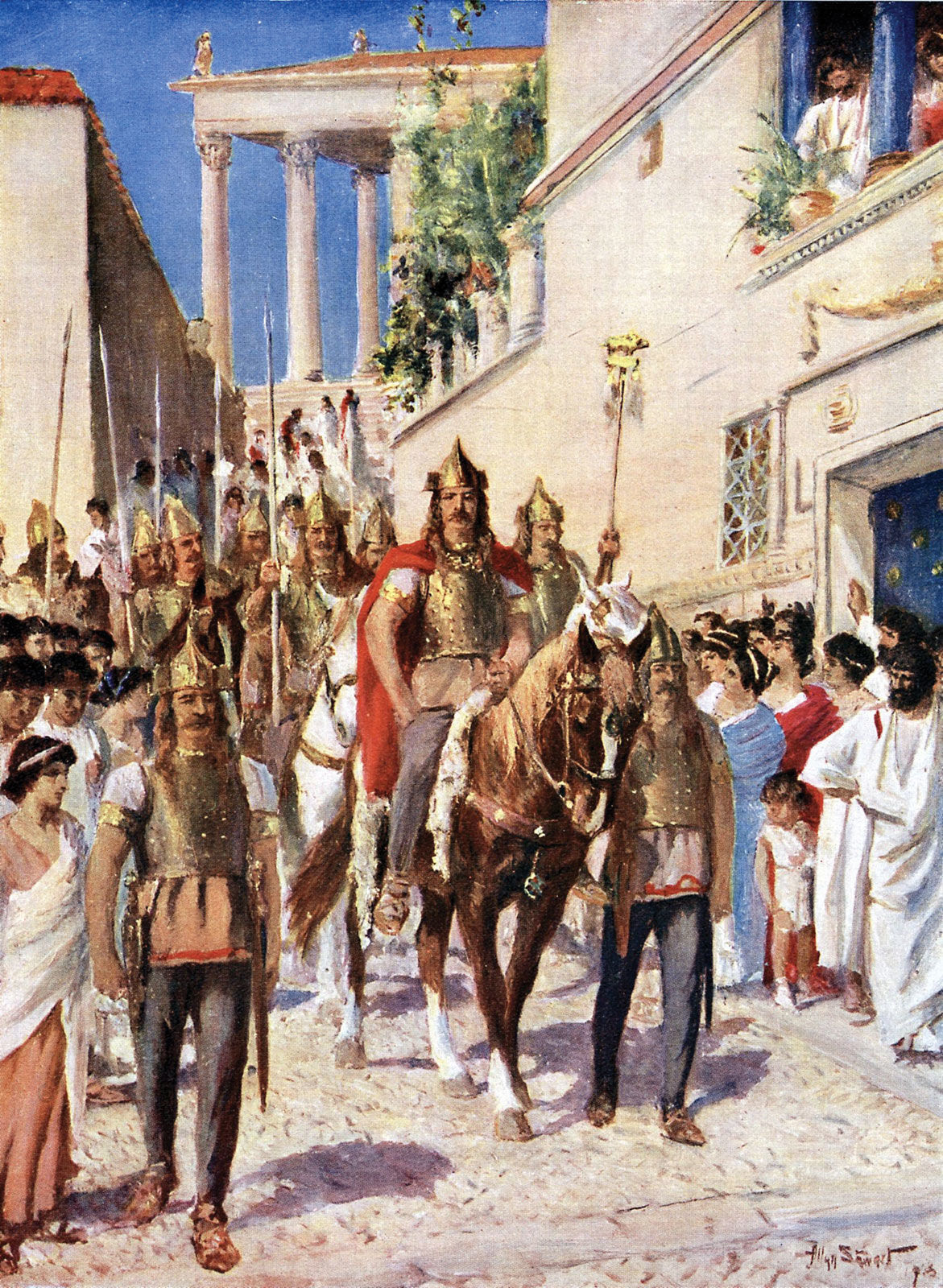 A 1920s artistic depiction of Alaric parading through Athens after conquering the city in 395. Douglas Boin focuses on Alaric’s three-day pilage of Rome in “Alaric the Goth: An Outsider’s History of the Fall of Rome.”

A 1920s artistic depiction of Alaric parading through Athens after conquering the city in 395. Douglas Boin focuses on Alaric’s three-day pilage of Rome in “Alaric the Goth: An Outsider’s History of the Fall of Rome.”

The Roman Empire. Few civilizations have captured the imagination of westerners as universally as the Romans have. And who can blame them? The Romans at the peak of their glory controlled most if not all of Europe, part of the Middle East, and the north of Africa. Egypt, Israel, England, Spain, Turkey, Algeria, and more were wholly or partially conquered by the Romans. And yet their empire fell, as all do.

While there was not single cataclysmic event that abruptly ended the Roman Empire, the three-day sacking of Rome by Alaric the Goth was as close to a death knell as they would get. How and why a former Roman general and ethnic minority was able to get inside the city walls with an army and pillage it is the focus of Douglas Boin’s “Alaric the Goth.”

The short story of Alaric (and the story is always short for we know little about him) is that he was a Goth born in northern Europe. He joined the Roman army and rose through the ranks. He witnessed a battle where a lot of Goths died for a Roman cause, briefly became a general, then snuck into the city of Rome at night with an army and pillaged for three days. He then went south and died before doing anything of note.

Now if you know me, you know I like readable histories. Readable is defined here as “light and story driven enough for Aaron’s little brain to understand.” Though I probably read more histories than most people in my age group, that is a) not hard and b) I still feel like I lack the required background information for some heavier books.

To my delight, “Alaric” fits squarely in the readable category. It’s to the point, full of interesting side content, and only slightly outstays its welcome. The side content may have been my favorite part. Though not directly related to the life of Alaric, there are plenty of anecdotes of the lives of Romans at the time from what they wore, to what they ate, to how they threw parties and how they handled the Empire changing its state-sponsored religion (poorly, by the way). Boin doesn’t assume that I know how Romans of the time thought and behaved and spends time focusing on that.

Funnily, more time is spent on the state of Rome prior to and during Alaric’s life than is given to the titular character. This isn’t so much Bion’s fault either. The fact is we know very little about Alaric aside from a couple key details such as what job he held in the Roman army, his name, where he came from and where he was a few specific times. Much of the book is spent literally asking us to imagine how Alaric felt at something, as he left no record of it.

This makes me think the book should have been titled differently. While this may focus on Alaric more than most do, it still is mostly about Rome and its citizens. This isn’t a bad thing in my estimation, but the title could have set better expectations.

The main gripe I have about this book boils down to the author viewing much of the story in a modern progressive lens. Much of what is written about isn’t so much written about, at least it seems to me, to pave the ground for why Alaric would get so fed up with his former employers he’d attack the city. Much of the book seems to be written to fill out a checklist of modern progressive talking points.

Talking points about race relations, pluralism, immigration, wealth inequality, women’s roles, homosexuality and “reproductive rights” all make an appearance. Some are so short, perfunctory and irrelevant to the surrounding context that the only way I can imagine them making it in is the author beginning with the idea they have to be included and squeezing them in at the least intrusive point of the story. The subjects of immigration and xenophobia are harped on so intensely and endlessly you can almost hear him shouting through grit teeth, “IT WOULD BE A SHAME IF THESE THINGS WERE TRUE TODAY, WOULDN’T IT?!?”

It’s hard to explain and you’ll just have to read the book to find out what I’m talking about. And I would recommend you read it. For all it’s self-righteous tut-tutting, I still thought it was an enjoyable read. If it were written with less style or less interesting content, I’d say skip it. But to Boin’s credit, he has a sharp pen, at least when it isn’t being distracted.