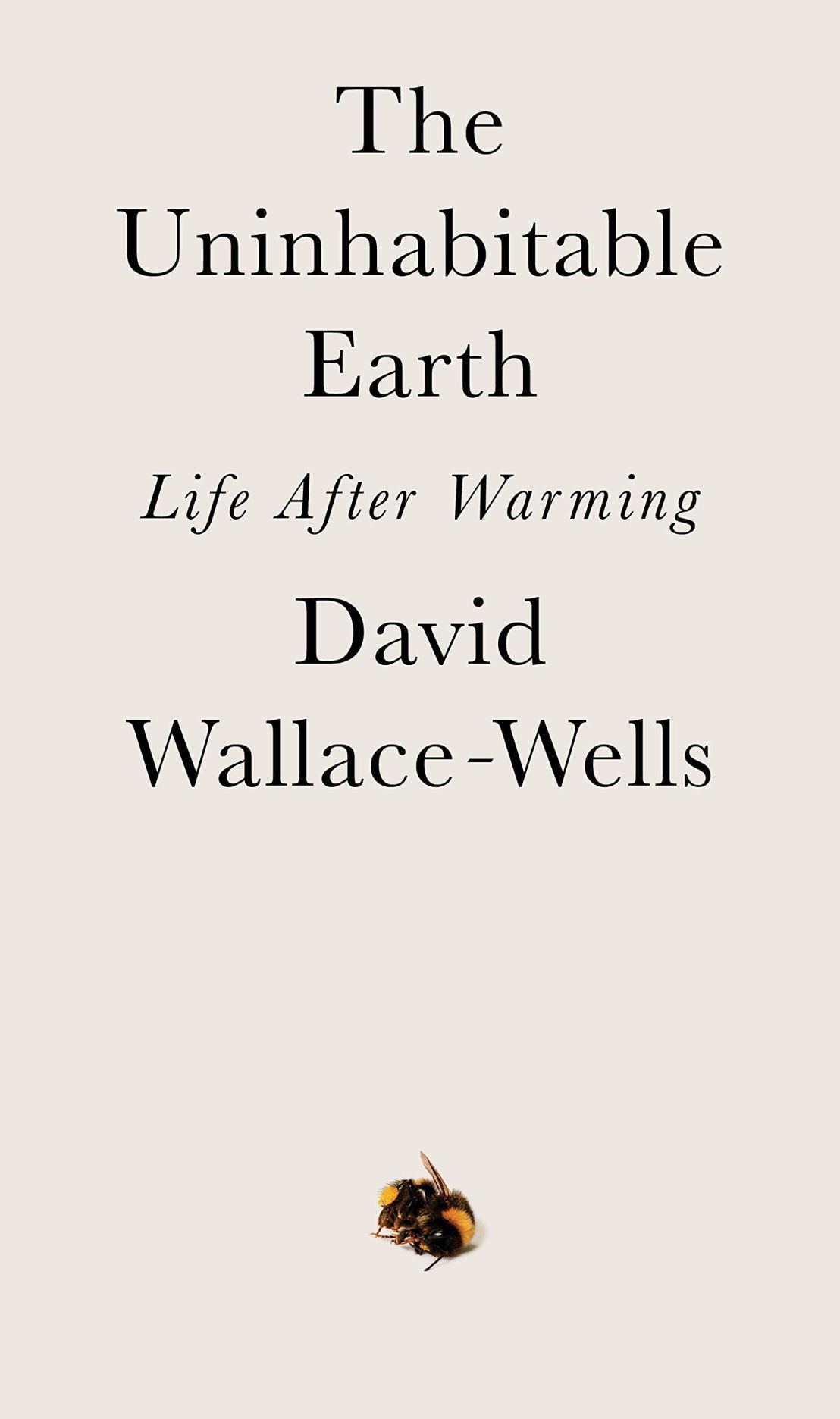 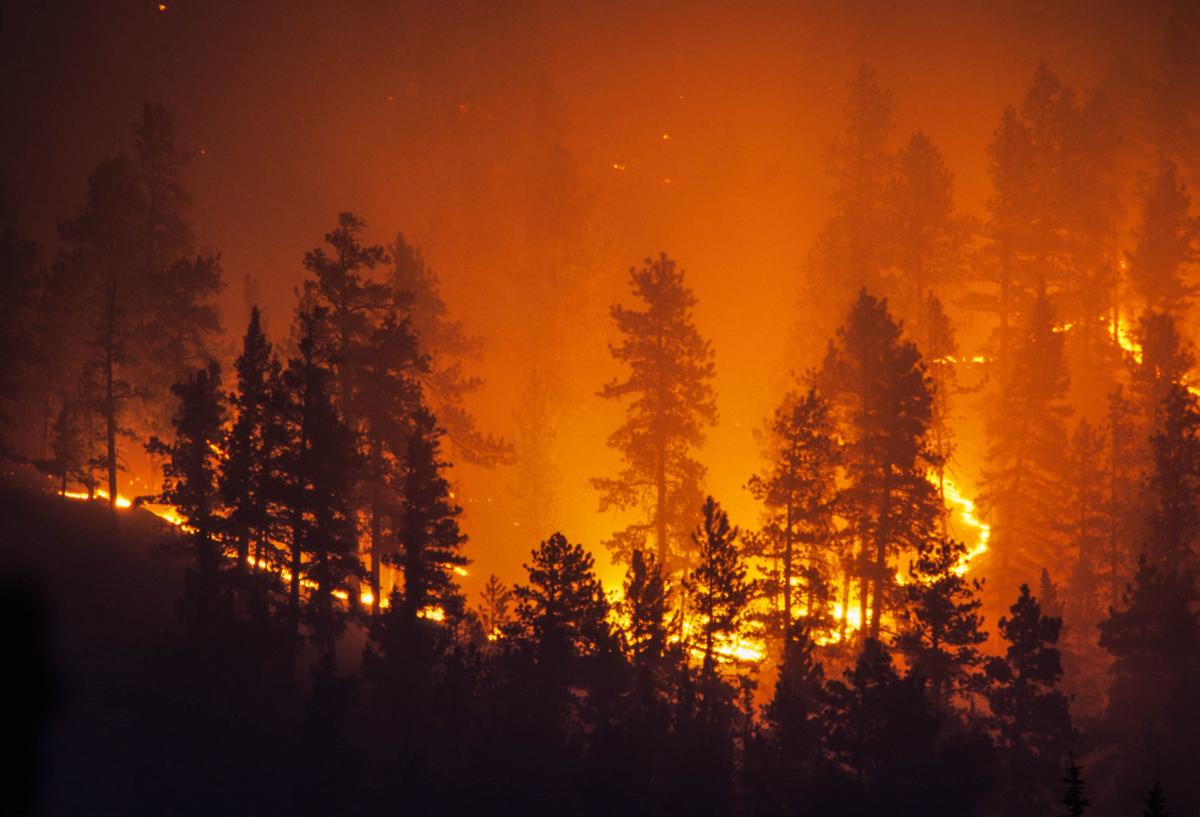 David Wallace-Wells writes in his book, “The Uninhabitable Earth: Life After Warming,” that wildfires are among the consequences of global warming. “(This book) is about what warming means to the way we live on this planet,” he writes.

David Wallace-Wells writes in his book, “The Uninhabitable Earth: Life After Warming,” that wildfires are among the consequences of global warming. “(This book) is about what warming means to the way we live on this planet,” he writes.

“The Uninhabitable Earth: Life After Warming” is a timely and impressive book, but it is not necessarily easy to read. It is timely and impressive because it deals comprehensively with the growing climate change crisis. I found it challenging because it is difficult to absorb so much compelling information concerning humanity’s current course of environmental suicide without feeling some sense of helplessness and even depression.

“This is not a book about the science of warming;” Wallace-Wells writes (P. 11), “it is about what warming means to the way we live on this planet.” Approximately the first half of the book (in a section entitled “Elements of Chaos”) lays out those consequences in astounding detail, with chapters on hunger, sea-level rise, wildfire, dying oceans, unbreathable air, economic collapse, climate conflict and more.

One can open the book to almost any page and find mind-blowing statements about the enormity of the problems we are creating for ourselves by our complacency in the face of impending disaster — or by the willful and ostrich-like denial that there is even a problem. Just when I am tempted to think “Can it possibly be that bad?” I check the endnotes and find that every eye-opening statement is supported with extensive documentation.

The nearly 80 pages of endnotes constitute roughly one-quarter of the book’s length.

Wallace-Wells follows his description of the dimensions of climate crisis with a section titled “The Climate Kaleidoscope.” Here, he explores the ways in which we think and talk about the subject, including chapters on storytelling, capitalism, technology, ethics and more. The picture he paints does not become less dismal as he explores the systems and technologies that some people might consider “solutions” to the deepening climate crisis. His final chapter does suggest that human beings might have the ingenuity to find ways to deal with impending disaster, but the tone is still one more of hope than of optimistic expectation.

For me, one of the most surprising messages of this book is the recency of most of the damage we have done to the earth through global warming. Wallace-Wells writes, “... we have done as much damage to the fate of the planet and its ability to sustain human life and civilization since Al Gore published his first book on climate than in all the centuries — all the millennia — that came before.” (P. 4) Gore’s “Earth in the Balance,” published in 1992, was aptly titled, but it is sobering to consider what has happened to “the balance” in less than three decades.

Another lasting message is that these are challenges that individual actions are not going to be adequate to address. Recycling and planting trees and keeping a compost pile might make me feel good about helping the planet, but large-scale political action will be needed to bring about the policies needed to save the planet.

I hope a lot of people will read and take this book seriously. Those who find its portrayal of the future overwhelming might take heart from two recent phenomena. One is the example of Swedish teenager Greta Thunberg leading a worldwide climate protest movement, including a powerful address at the United Nations. The other is an article by former Vice President Al Gore in the Sunday Review section of the Sept. 22 New York Times. Gore’s article is titled “It’s Not Too Late: The Climate Crisis is the Battle of Our Time, and We Can Win.” Gore shares Wallace-Wells’ assessments of the enormity of the climate changes we face and his perception that political and public policy change is crucial to addressing the challenge. But he offers an abundance of encouragement and optimism.

The Uninhabitable Earth is available at Manhattan Public Library.