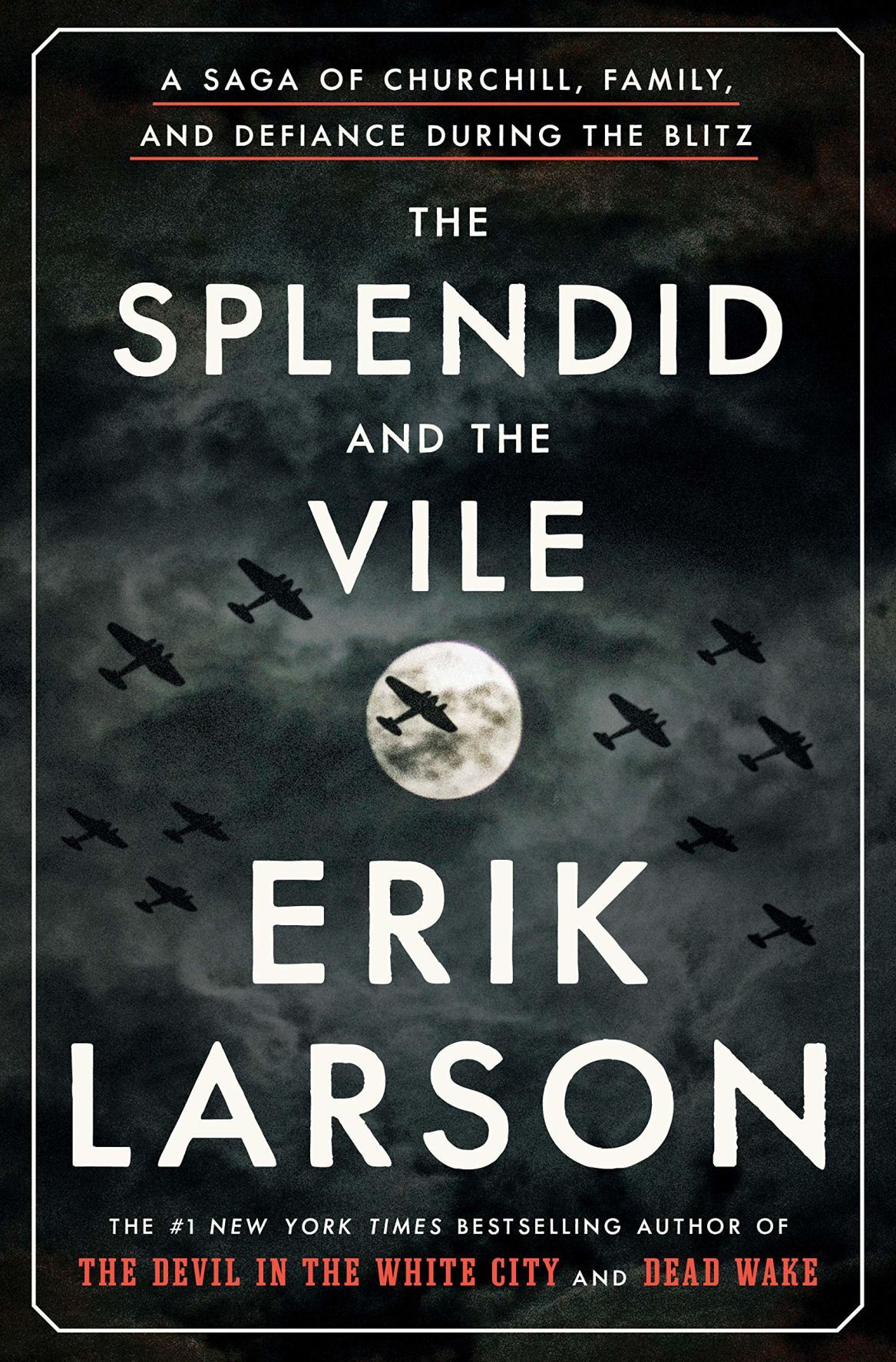 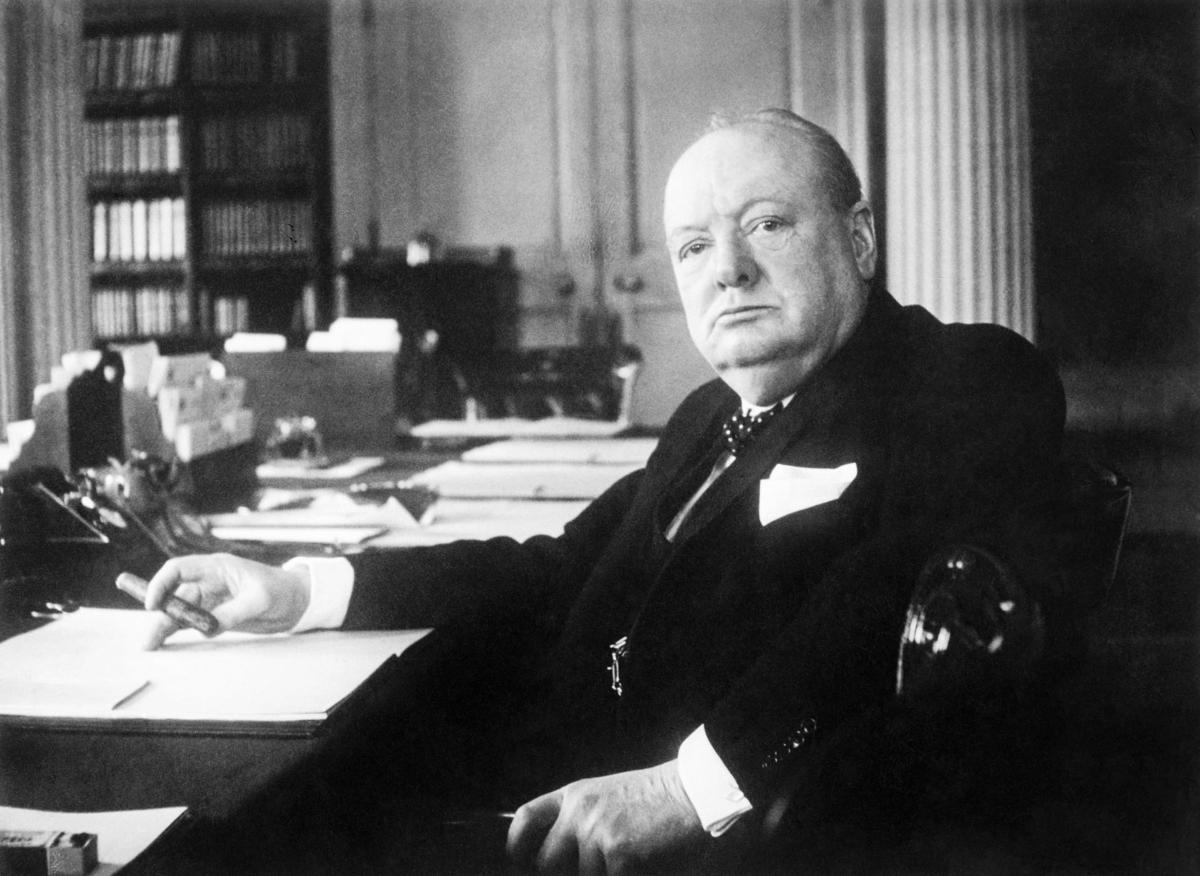 Erik Larson focuses on Winston Churchill’s first year as British Prime Minister in “The Splendid and the Vile: A Saga of Churchill, Family and Defiance During the Blitz.”

Erik Larson focuses on Winston Churchill’s first year as British Prime Minister in “The Splendid and the Vile: A Saga of Churchill, Family and Defiance During the Blitz.”

Erik Larson is the sort of writer who is able to capture and communicate the spirit as well as the historical facts of whatever story he tells. Readers of his previous books — “The Devil in the White City” (on the 1893 Chicago Columbian Exposition), “Dead Wake” (on the sinking of the Lusitania) or other works — should enjoy this latest offering, “The Splendid and the Vile: A Saga of Churchill, Family and Defiance During the Blitz.”

The focus this time is on the first year of Winston Churchill’s wartime service as British Prime Minister, beginning in May 1940. It was a momentous year, including evacuation of British troops from Europe at Dunkirk, heavy German bombing of Britain, Churchill’s and the British people’s defiant resistance, and the painfully slow process of securing American support for these valiant efforts.

Larson weaves together several different narratives during this time period. He draws on war memoirs, diaries, private papers and archival materials from a wide range of people. One gets not only Churchill’s perspective, but those of King George, Lord Beaverbrook, Franklin Roosevelt, numerous other public figures, Churchill’s family members and their friends, several of his staff, and many other people. The detailed insights are not limited to the British and Americans. Larson also follows closely the activities and recorded thoughts of several key Germans, including Hermann Göring, Joseph Goebbels, and Rudolf Hess.

One strand of narrative follows the experiences, perceptions and romantic attachments of Mary Churchill, Winston and Clementine’s teenage daughter. Another does the same for John Colville, one of Churchill’s personal secretaries. Perhaps the most interesting is the account of Churchill’s profligate son Randolph, his beautiful wife, Pamela, and their baby son, Winston (born during the blitz and named for his grandfather), Randolph and Pamela’s ill-fated marriage, and her affair during this time with W. Averell Harriman, President Roosevelt’s personal representative in London.

The book is also not just about elite experiences and perceptions. The accounts of ordinary Londoners spending nights in bomb shelters, groups of people decimated by direct hits, or survivors in destroyed cities like Coventry, are chilling. Americans who recall the Sept. 11, 2001, attacks on New York and Washington, D.C., might imagine what the British endured with massive numbers of bombs falling every night for months. In London alone, between Sept. 7, 1940, and May 11, 1941, “nearly 29,000 ... were killed and 28,556 seriously injured.” In the UK as a whole, during this time of the blitz, the death toll was “44,652, with another 52,370 injured.” (P. 484.)

I also found it sobering, as an American, to realize that all this death, destruction, and courageous resistance took place before the United States entered the war in December 1941.

British-US relations, including the destroyers-for-bases deal and the Lend-Lease Act, are a prominent part of the story in 1941, but the wartime involvement of America’s “greatest generation” was not to come until later. The heroes of this book are Churchill and the British people who stood up to astounding levels of bombing, death, and destruction when positive outcomes appeared uncertain at best. It is an inspiring as well as a fascinating story.

As with other Larson books, this one has much more than can be summarized in a brief review. I heartily recommend it. It is available at the Manhattan Public Library.