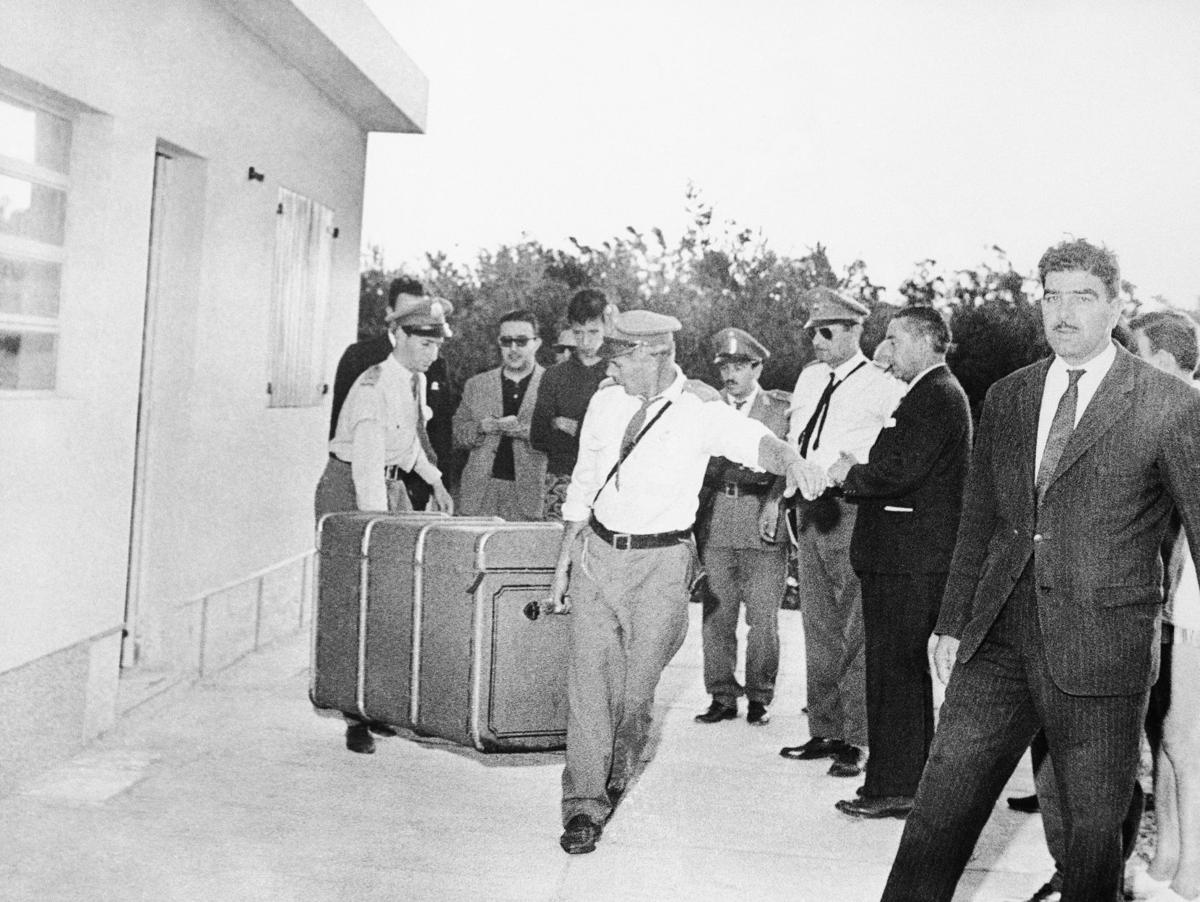 Officials carry away the body of Herbert Cukurs, accused of killing 30,000 Jews in Latvia in World War II, in a trunk in Montevideo, Uruguay, on March 6, 1965. “The Good Assassin” explores the world of Nazi hunters post-World War II and their hunt for Cukurs, the Butcher of Latvia. 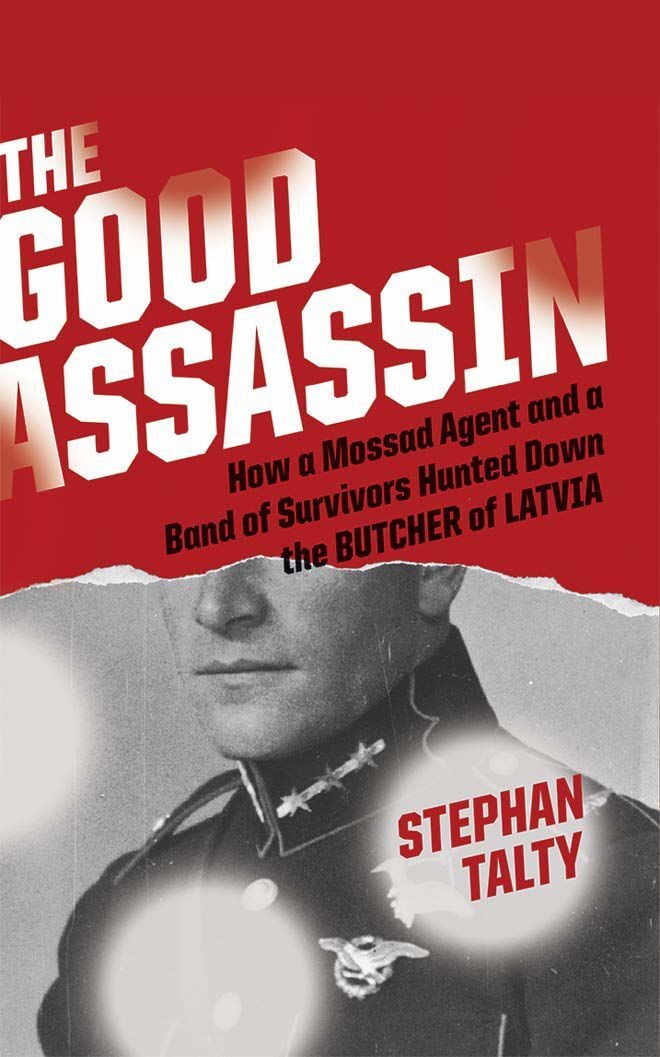 “The Good Assassin: How a Mossad Agent and a Band of Survivors Hunted Down the Butcher of Latvia,” by Stephan Talty. Houghton Mifflin Harcourt, 2020. 320 pages, $28.

Officials carry away the body of Herbert Cukurs, accused of killing 30,000 Jews in Latvia in World War II, in a trunk in Montevideo, Uruguay, on March 6, 1965. “The Good Assassin” explores the world of Nazi hunters post-World War II and their hunt for Cukurs, the Butcher of Latvia.

“The Good Assassin: How a Mossad Agent and a Band of Survivors Hunted Down the Butcher of Latvia,” by Stephan Talty. Houghton Mifflin Harcourt, 2020. 320 pages, $28.

If there’s any subject more likely to sell a history book than Nazis, I’m not sure what it is. World War II and the Nazi regime may be one of, if not the most, exhaustively researched subjects in the world outside of the Bible. So when writing about Nazis, you are guaranteed to have an interested audience, but you also have a choked market and need a way to stand out.

Stephan Talty has already gotten to the head of the pack once in this respect, with his cloak and dagger history “Agent Garbo,” which documented the story of the double agent who successfully convinced the Nazis that D-Day was going to take place at another landing site and may have saved the war.

This time, Talty takes a different tack and explores the world of Nazi hunters post-World War II and their hunt for one man, Herbert Cukurs, the Butcher of Latvia, in “The Good Assassin.”

Cukurs was, and to a certain degree still is, a Latvian legend. While many small countries have a tendency to overinflate the prestige of their favorite sons, no such inflation was required for Cukurs. He was an aviation legend, on par with Charles Lindbergh in accomplishments and probably only less famous because he was born in Eastern Europe and not America.

When the Germans defeated the Russians in Latvia and replaced them as the occupying army, things went from very bad to worse. Anti-semitism, which had long been boiling under the surface, exploded. Jews found themselves turned in by those they thought were friends, sometimes mere hours after the beginning of the Nazi occupation.

Few took to the role of Jewish persecutor quite as enthusiastically as Cukurs. He joined an “elite” military program that quickly became famous for violence, torture, rape, looting and being almost permanently plastered. Roughly the first third of the book is dedicated to his story and the stories of those he terrorized. Details are not glossed over. If you’ve seen “Schindler’s List” you know about the ghetto and mass executions. Cukurs was seen ripping a newborn from his mother’s arms and quickly dashing its head, for Jews were prohibited from having children in the ghetto.

The rest of the book is split between two stories.

The first is of Jacob Medad, who hunted Cukurs while posing as an Austrian tourism investor named Anton Kuenzle. The other is the story of obsessive Nazi hunter Tuviah Friedman’s campaign to prevent the statute of limitations for Nazi war crimes in Germany from expiring, an obsession that so consumed him it nearly ruined his personal and family life.

Talty handles his subject matter well, as always. I have read “Agent Garbo” and reviewed another book of his, “The Black Hand,” in these pages. Both of them were good, and “The Good Assassin” is no different.

While I’m all for kids learning the history of the world without rose colored glasses, the content in here, especially pertaining to the ghetto in Riga, can be difficult to read. The Nazis were nothing if not enthusiastic rapists, which they often cooled down from with a bullet to the head. Some protagonists don’t get happy endings to their stories either. If you’re looking for some cozy book to make you feel good, this ain’t it.

Far be it from me, though, to discourage people from reading challenging things. I recommend “The Good Assassin” whole heartedly, along with the other two books of Talty’s I mentioned previously.