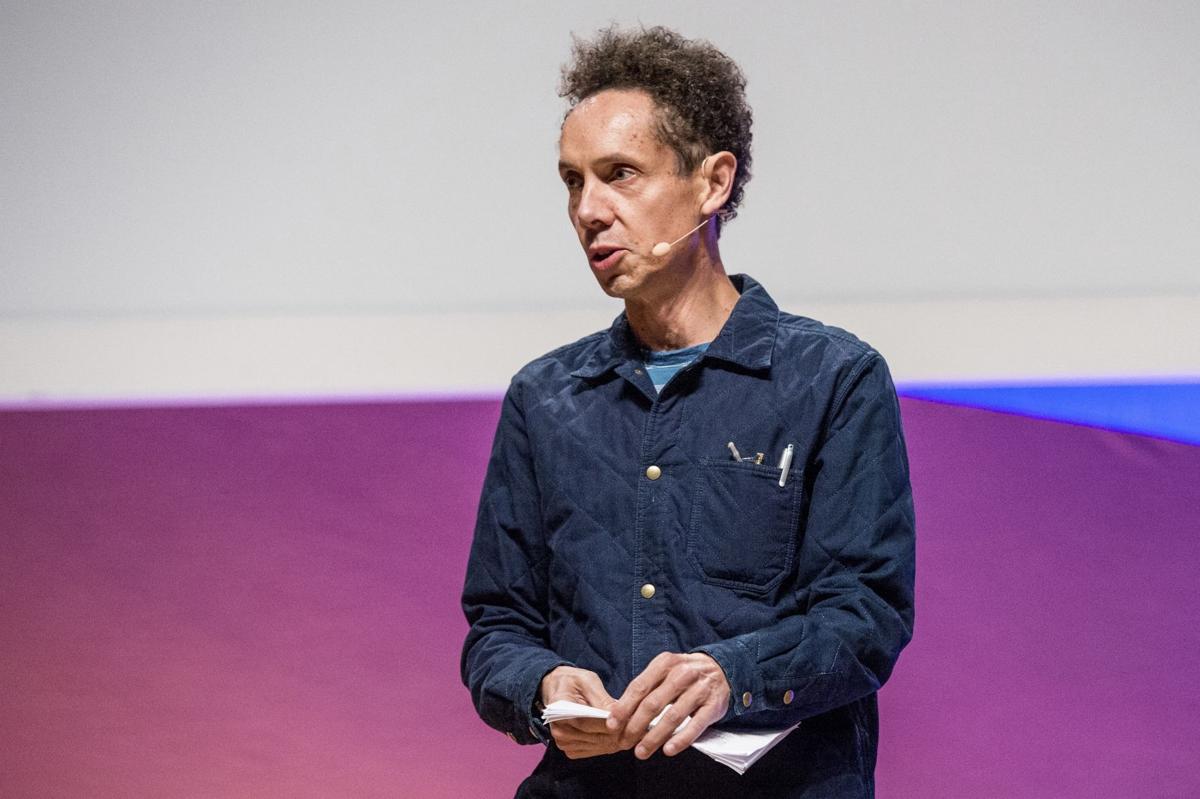 Malcolm Gladwell writes about how people make bad judgments concerning others in his book, “Talking to Strangers: What We Should Know about the People We Don’t Know.” 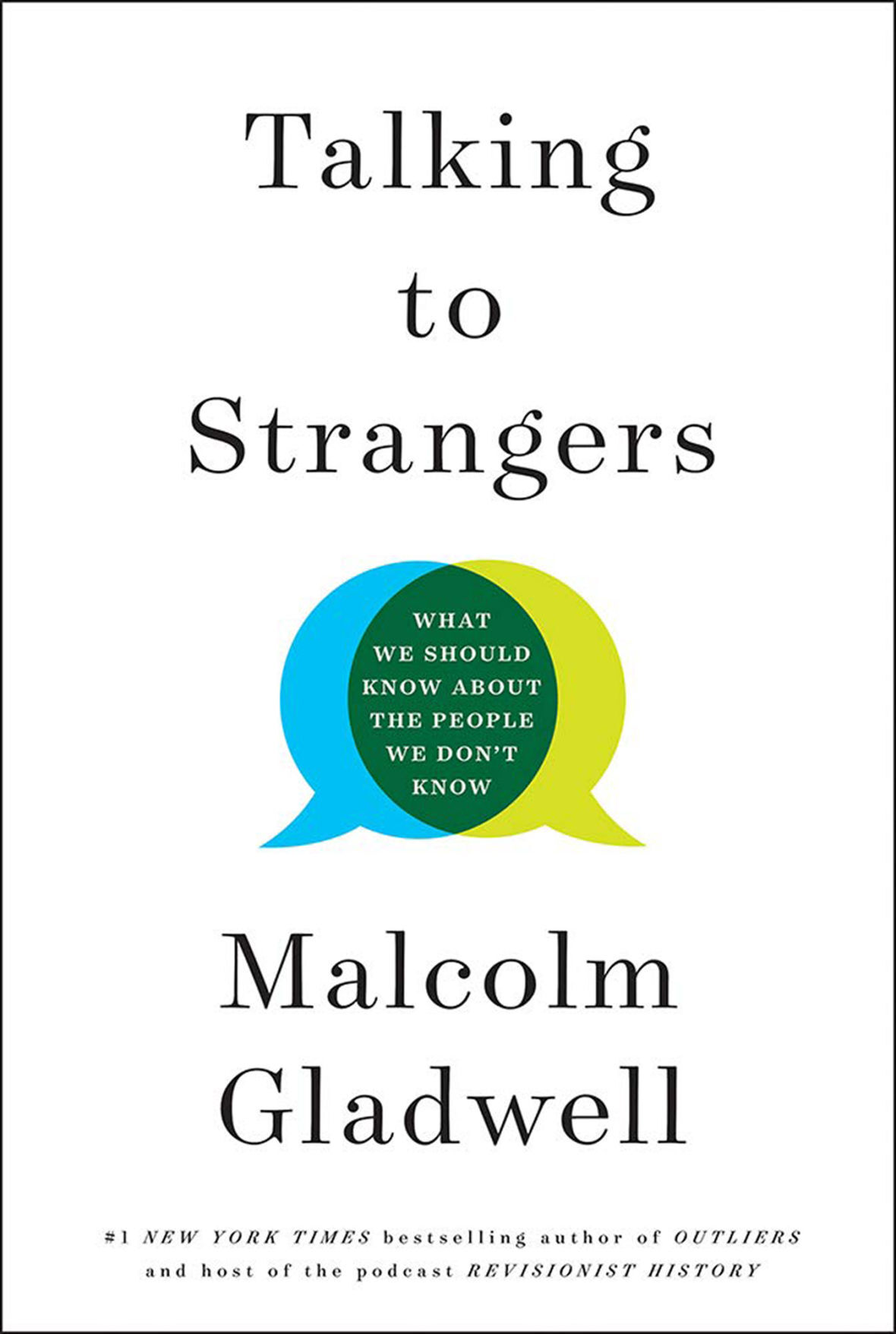 “Talking to Strangers: What We Should Know about the People We Don’t Know,” by Malcolm Gladwell. Little Brown and Company, 2019. 386 pages, $30.

Malcolm Gladwell writes about how people make bad judgments concerning others in his book, “Talking to Strangers: What We Should Know about the People We Don’t Know.”

“Talking to Strangers: What We Should Know about the People We Don’t Know,” by Malcolm Gladwell. Little Brown and Company, 2019. 386 pages, $30.

Malcolm Gladwell is the sort of author who helps his readers to see familiar phenomena from new perspectives. He is a staff writer with The New Yorker and author of five previous best-sellers, including “The Tipping Point,” “Blink,” and “Outliers.”

“Talking to Strangers” is about how we often make bad judgments concerning other people. We trust people we should not have trusted, such as Ponzi financier Bernie Madoff or Penn State assistant coach Jerry Sandusky. Gladwell also considers British Prime Minister Neville Chamberlain’s willingness to believe Adolf Hitler in 1938, George W. Bush’s claim he could understand Vladimir Putin by looking him in the eye, and the ability of a high-level Cuban spy in the CIA to fool her colleagues for years. All of these, Gladwell explains, are instances of a “default to truth” — we tend to assume that most people are trustworthy and transparent, and then ignore clues that would undermine this assumption. Robots, computer algorithms and people whose judgments are not clouded by personal contact are often better judges of character.

But we also make bad judgments in the opposite direction, with equally disastrous consequences. Gladwell explores in detail the cases of Sandra Bland, the woman whose arrest in Texas for a minor traffic incident led to her suicide in jail, and Amanda Knox, the American student in Italy who was wrongly convicted of murder. These were instances of authorities having too much suspicion and not enough trust.

The book recounts other cases in which information gets distorted by alcohol, as in the rape trial of the Stanford athlete, or torture, as in the information extracted from al Qaeda terrorist Khalid Sheikh Mohammed. In addition to going behind the headlines of these prominent public stories, Gladwell also reports on relevant scientific research, including the famous Milgram experiments on following orders.

Although this book was published in 2019, before George Floyd’s brutal killing in Minneapolis and more recent debates over police reform, I found its discussion of policing practices timely and highly relevant to current concerns. Gladwell describes research conducted in high-crime areas in Kansas City in the early 1990s. The research showed that stopping and questioning people in such localities (even in just a few city blocks) was very effective in reducing crime. However, “stop and question” and “stop and frisk” became generalized policing practices throughout the United States. Police have been trained to be alert to “suspicious” behavior, regardless of location and circumstance. The tragic errors that have resulted from screwed-up encounters, especially when race is a factor, should compel us to consider what other options might be possible.

I don’t think this book is arguing that all problems of policing and race in America can be reduced to misunderstandings between police and the people they encounter. But the “few bad apples” explanation of police brutality and the “defund the police” demand also seem inadequate to deal with the complexities of these issues. I do think that Gladwell’s thought-provoking insights deserve to be part of the discussion of how we look at policing, public safety and race relations in the United States.

Too much trust and too much suspicion are both problematic in dealing with strangers, Gladwell argues. And we as humans seem to have difficulty in finding a right mix of the two. Policing is only one of the contemporary public issues for which this book might be relevant. Should one trust health professionals, elected officials, the internet or friends on matters of wearing masks, reopening schools, or getting vaccinated? Is the COVID pandemic a threat or a “hoax”?

I found “Talking to Strangers” interesting to read and even more interesting to think about afterward. It is available at the Manhattan Public Library.