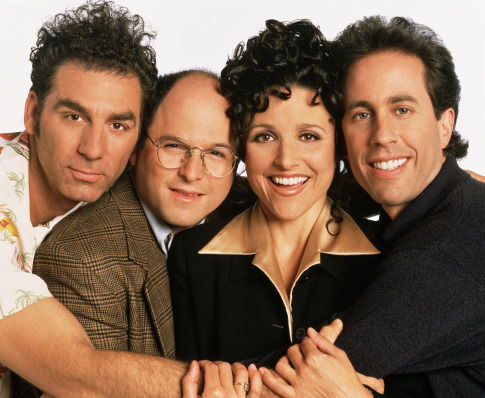 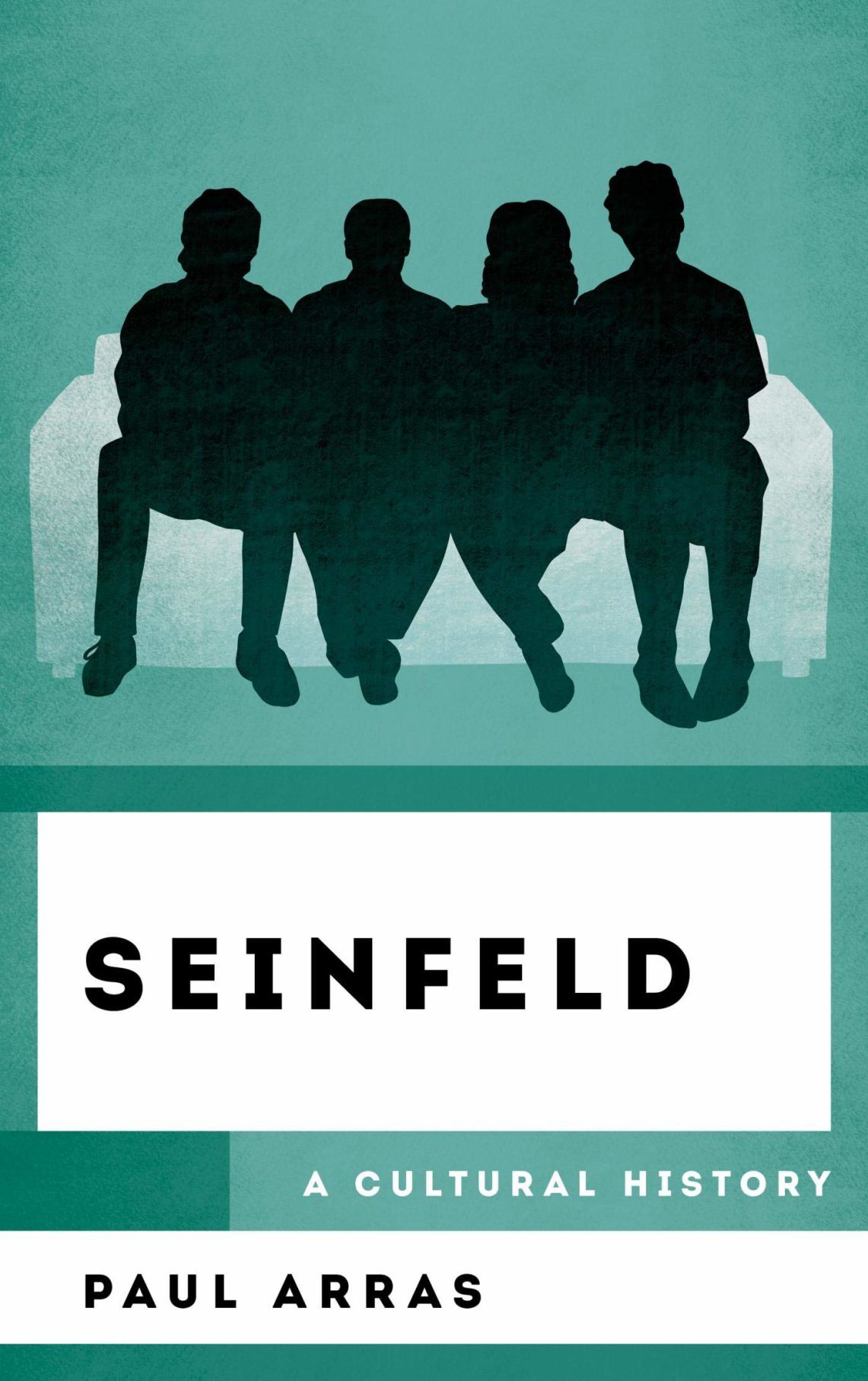 Checking out books at the library, I gave “Seinfeld: A Cultural History” to my wife, and she looked at it and whispered, “Seriously, you’ve watched every episode of that stupid show dozens of times, and now you’re going to read a book about it?” I whispered back, “You bet, and I’ll probably read it twice!”

And it is well worth reading twice for the committed “Seinfeld” fan. Paul Arras teaches in the Department of Communication and Media Studies at SUNY Cortland. As part of a series of books about the cultural history of television, this book joins others written by other academicians about “Friends,” “Frasier,” “Breaking Bad,” “The Simpsons,” “Cheers,” “Mad Men,” and “Gilmore Girls” among others.

Arras is a big fan of the show, and while he admits that he now believes there have been more recent comedies funnier than Seinfeld (which I find hard to agree with), it was his first favorite television show. He began watching it when he was in elementary school; he hosted viewing parties with his friends while in middle school. His infatuation with the show at such a young age is weird, but I suppose it presaged his career path.

Seinfeld, the book, is an in-depth exploration of the television show’s history and cultural significance. Many critics consider it the greatest sitcom of the final years of the broadcast era. For “a show about nothing” as its creators pitched it to NBC executives, it became a living part of American culture.

Arras writes more as a fan of the show and less as a professor giving an academic analysis of the subject. This approach to writing makes the book more enjoyable to read. He does, however, give a thoughtful critique about Seinfeld through his research, insights and opinions. But his enthusiasm for the show never wavers.

Part 1 of the book explores Seinfeld’s origin and development into a network television series. Arras profiles Jerry Seinfeld and Larry David, the show’s creators, and he explains the state of network television when NBC developed the show, the near-death verdict by network executives on the series pilot and the precariousness of the show airing after that, and finally the selection of the show’s now legendary supporting cast of Jason Alexander, Julia Louis-Dreyfus and Michael Richards.

Part 2 of the book describes the themes of the show in terms of the four main characters and how their personas reflected certain trends of the 1990s — Jerry’s delayed adulthood, George’s crisis of modernity, Elaine’s crisis of the Yuppie and Kramer’s embodiment of New York City. Also described in this section is perhaps the best aspect of the show — the cast of memorable supporting characters that the lives of the main four swirled around. They were absolutely superb and became stars on the show in their own right. This part also dealt with the issues of religion and race and the cultural issues of the ’90s that the show navigated around.

Finally, Part 3 is about Seinfeld’s legacy and its subsequent influence on television comedy. Arras departs from his fan status at the end and assumes his professorial role with his critique of the show’s flaws. Seinfeld was a show enjoyed almost exclusively by white people; Arras claims, probably rightly so, that it had no appeal for minorities, and worse yet, the writers made no effort to be more “inclusive.” Arras claims the show contains numerous micro aggressions towards minorities, women and gays. Maybe it did, and maybe it didn’t, but one thing for sure, the show certainly wasn’t “woke.” It was just funny.

Arras, though a fan of the show, takes great pains to convince the reader that the four main characters are not nice people. He’s right — they were not. They were pretty much deplorable human beings. Jerry, Elaine, George and Kramer were narcissistic, superficial, shallow, petty, vain, entitled and whiny. In the season finale, the four got what many thought they justly deserved — prison time for violating the Good Samaritan Law! But they and the minutiae of their daily lives were really funny.

Arras concludes the book with a testimonial to the enduring legacy of Seinfeld. He believes the story continues, two decades after it ended its eight-year run on NBC. Still in syndication, the show has earned millions for its creators and will continue to be a cash cow for them. Many of the most popular and acclaimed comedy series of this century are direct descendants of Seinfeld’s style, and many of the show’s ideas, phrases and words are woven into the ways legions of its fans talk, think and behave. Festivus for the Rest of Us; man-hands; low-talker; close-talker; bad-breaker-upper; Soup Nazi (No soup for you!); shrinkage; master of their domain; yada, yada, yada; Kivorka; they are real and they are spectacular; and shiska appeal are all terms that have entered the American lexicon through the cultural thesaurus that Seinfeld gave us.

The final labor of love for Arras was to rank in chronological order all 168 episodes from best to worst. Every fan would have ranked the shows differently, and these rankings would certainly be a topic of intense debate among a gaggle of fans. As for me, being the lover of books and libraries that I am, there is no question that the funniest episode for me was about the Library Cop, appropriately named Mr. Bookman with the persona of Sgt. Joe Friday from the 1950’s “Dragnet” police drama. Bookman, the no-nonsense, hard-boiled “library investigations officer,” is deadly serious pursuing Jerry over accumulated fines from 1971 for never returning “Tropic of Cancer.” The numerous episodes that skewered the U.S. Postal Service and Postal Clerk Newman would rank just behind.

Fans of Seinfeld will thoroughly enjoy this book. For non-fans curious about how a “show about nothing” could become one of the best ever seen on television, it is well worth reading just to understand what all the hoopla was about.