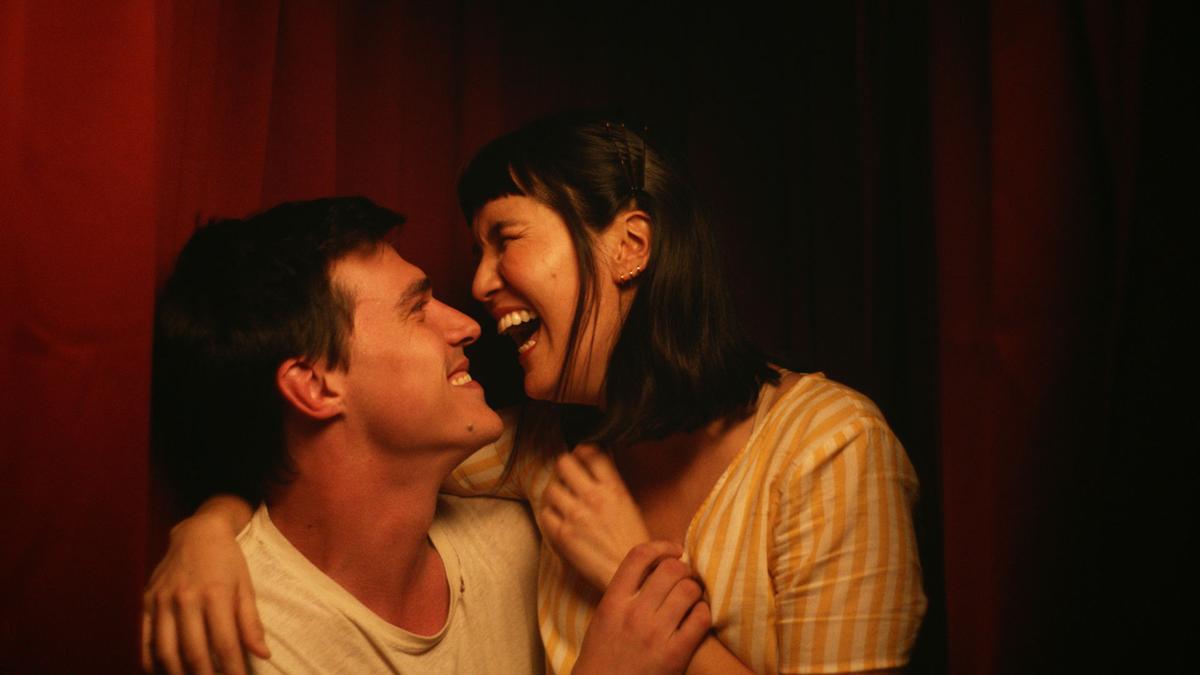 The title of the new film “Long Weekend” will suggest to some movie-goers that the action takes place on one of our Saturday-Sunday-Monday holiday vacations. But that isn’t it. Then, of course, there’s the time-travel component in the story.

Is the “Long” in the title a reference to the time during which Vienna (Zoe Chao) visits our part of the 21st century? She’s an NSA agent doing one of those trips to the recent past to make slight adjustments that will make life better later on.

She may actually be befriending and bedding Bart (Finn Whitrock—sounds like a Hanna-Barbera cartoon character, doesn’t he?) a total of three days in 2021. But that’s no key to understanding the movie. Why is “Long Weekend” the title?

There’s a significant circumstance late in the film’s last reel that ticket-holders may also leave the theater working over without much success. And yet the movie itself, a nice little dates-list picture made on a very small budget by writer and director Steve Basilone, is fairly pleasing light stuff.

Basilone has managed to attract some known actors to take minor parts. Damon Wayans Jr. plays Bart’s buddy, the family man who can lend his friend a garage to sleep in until he gets the first paycheck from the new job. In a later hospital scene, note that Wayans has to tell Bart what happened that put him in a gown with no back on it—this saves hiring an actor to play the doctor.

Wendi McLendon-Covey plays the manager of Bart’s old apartment building. He had some emotional or mental problems that led to his girlfriend dumping him (see the fragments of flashbacks) and to his losing his last job. But he has recovered.

After moving into the garage he falls asleep, apparently drunk, in a showing of “Being There,” a 1979 movie. He is awakened in the theater by a stranger, Vienna. She’s visiting L.A. from “up north.” He begins to show her around—not the major sights but just the neighborhood and the nearby desert.

She pays their expenses. She’s got a huge roll of twenties. This makes him wonder about her, but what really astonishes him is that she doesn’t have a cell phone. “Everyone has a cell phone,” his buddy announces.

Eventually she breaks down and tells him about her NSA job. She’s in 2021, she says, to buy some shares of Hyundai and leave them in a safety deposit box. That way she’ll be able to pay for her mother’s medical treatments when the old lady gets sick twenty years or so in the future.

She tells the story so convincingly that Bart almost buys it. Especially when she explains that time travelers get to feeling biologically unbalanced if they don’t return to their own time. Bart tries this story out on his buddy. Neither of them is convinced.

Finally he asks Vienna to make a visit to a hospital psych ward (oddly) in hopes that the therapy there will shake her out of her fantasy. Will it?

The movie depends almost entirely on its two leads. They are given a set of activities, but none of these seem fresh and original enough to, by themselves, entertain a crowd in a movie theater. And the dialogue (and the readings of it) are stock 21st century stuff. As is the film’s use of music.

Whitrock and Chao are TV stars. One knows their faces. Some younger moviegoers may be their fans. In a theater full of Chao and Whitrock followers, “Long Weekend” might work for its audience. They’ll have to sneak into the movie, though. For no apparent reason, it is rated “R.”

People old enough to do without cell phones may remember when “Long Weekend” would have been “PG.” All the movie’s viewers may be puzzled about the stocks in the safety deposit box. And about that title. What’s up with that?