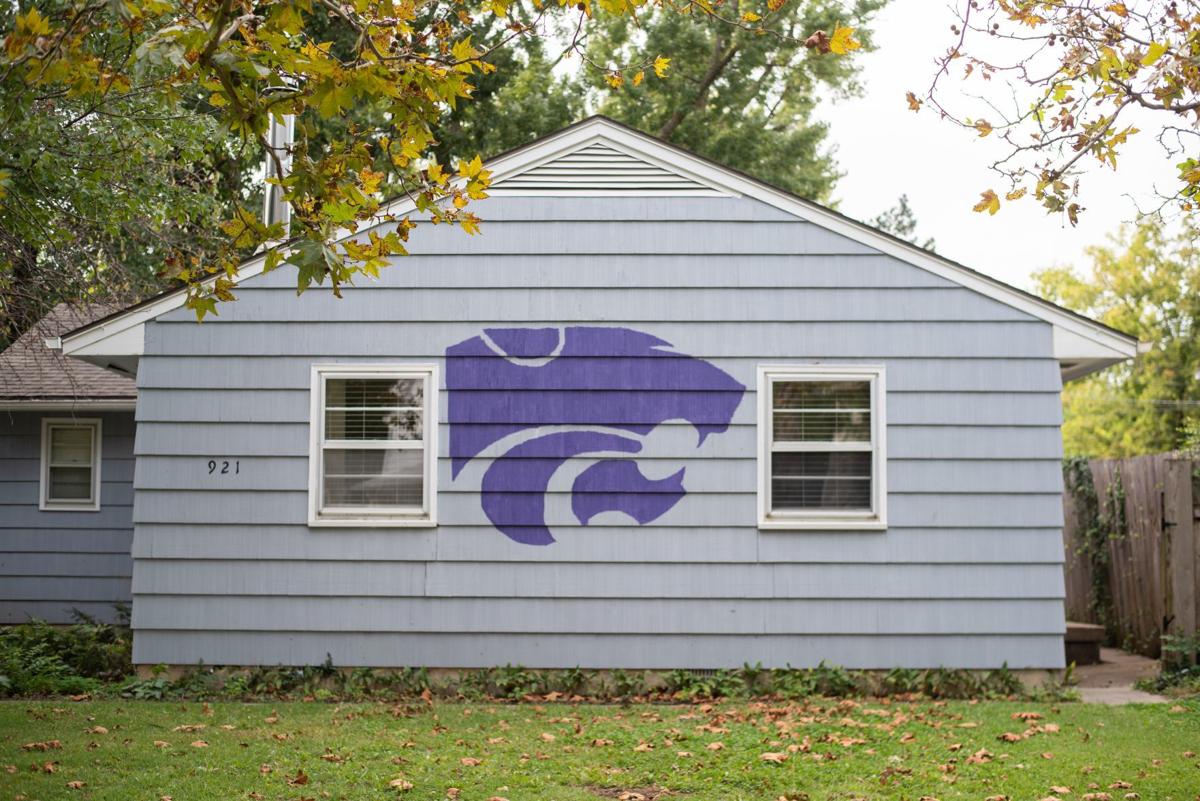 The powercat logo is painted on the side of a house on Bertrand Street. Tom Bookwalter created the powercat logo thirty years ago when Bill Snyder was looking to change K-State's logo. 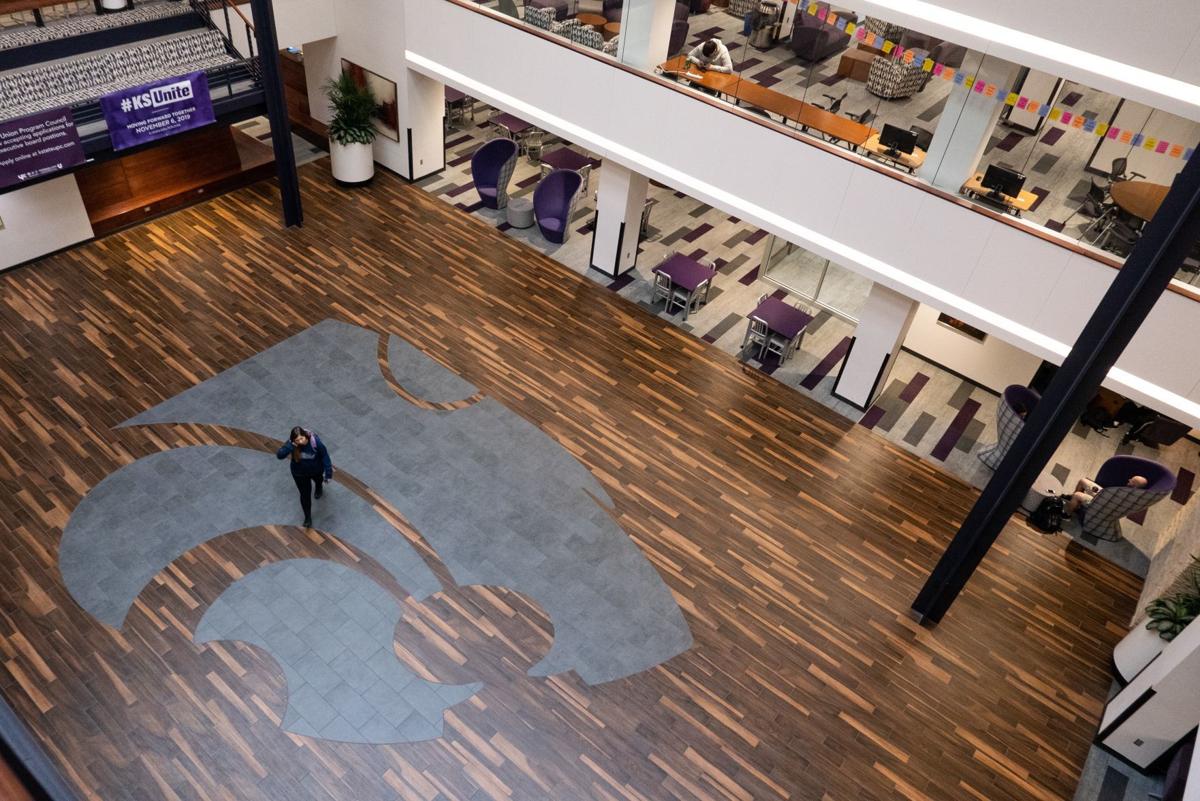 The powercat logo is painted on the side of a house on Bertrand Street. Tom Bookwalter created the powercat logo thirty years ago when Bill Snyder was looking to change K-State's logo.

On a lonely Saturday night in 1989, artist Tom Bookwalter sat in his studio sketching and designing — two activities for which he has immense passion.

After researching all he could on ocelots, bobcats and lynx, Bookwalter took his pen to paper and sketched an outline of a ferocious cat that, over the next 30 years, took the sports world by storm with its simple and contemporary design.

“I just took the characteristics of some of those, and what a cat looks like when it’s aggressive,” Bookwalter said. “The two things probably you notice are their ears are back — and that’s what a cat does — and they close their eyes when they actually strike the victim.”

That night 30 years ago, Bookwalter created the logo that is one of the most recognizable in all of college athletics; a graphic that is used across the country by high schools teams; a logo that is on countless ball caps and T-shirts. He created the Powercat.

But more than just being a ferocious-looking mascot, the Powercat represents the rebirth of a Kansas State University football team that was once considered to be at the bottom of the college football world.

Of course the man responsible for the turnaround of the team, as well as the creation of its new symbol, was Bill Snyder.

“It’s just been a very special element of the program over the years and something, as I said, the young people in our program certainly have an appreciation for it,” said Snyder, the longtime K-State head football coach, during a recent interview. “Fans everywhere have an immense love for it. It means an awful lot.”

Coincidentally, Snyder and Bookwalter, a Summerfield native, both arrived to the Little Apple in 1989. Snyder was revitalizing a football program that had a 299–510 record, while Bookwalter had his own corporate illustration business.

“That’s all I wanted to do since I was in high school,” Bookwalter said of graphic design.

Snyder wanted a new look for the team. Although he said he loves Willie the Wildcat and finds it meaningful, he wanted something to define the changing program.

“I thought the football program, just because what the program had gone through, and … it was identified as the losingest program in the history of college football, and I wanted to change, you know, what I could at that time,” Snyder said. “And hopefully, at some point in time, change the perception. But I wanted to not drop anything, but I wanted to add a logo so that could identify what Kansas State football hopefully would be all about.”

Snyder called Bookwalter, who had graduated from the Art Center College of Design in Los Angeles, to start the process of creating a new logo.

“The only guidance or the only instructions I had from coach: he wanted a logo that looked aggressive and contemporary,” Bookwalter said. “And he did not want KSU with it or Kansas State University. He wanted a marker to stand by itself. Those were really his only requirements.”

“It wasn’t about ferocity,” Snyder said. “I knew what I wanted, and it was just a matter of getting Tom to his artwork in that direction, which indeed, after awhile, he did.”

Bookwalter sketched for two weeks and finally came up with what is known today as the Powercat.

“I liked it, and so I took it up to show it to Coach,” Bookwalter said. “And he said four words: ‘You hit a nerve here.’”

Snyder asked Bookwalter to put the sketch on a helmet.

“I got out of my car, and here comes two football players,” Bookwalter said. “I think they were offensive linemen because they were just huge, and I was carrying the helmet and they go, ‘What do you got there?’ And I say, ‘Well, Coach wanted me to come up with a new design,’ and they passed it back and forth and they said, ‘We like this.’ And it was up to the players, it wasn’t what the coach wanted. It was up to the players. So right then, I knew I was in pretty good shape.”

Bookwalter said he modified the original design, but when he started seeing it on T-shirts, polo shirts and flags, he felt excited.

“Of course, I’m proud that I did it,” Bookwalter said. “But I think I’m even as proud that it’s helped a lot of people make some money, especially in Kansas.”

“There isn’t any place that I haven’t seen the Powercat logo on license plates or on the back of cars,” Snyder said.

Snyder said thinking about the 30th anniversary of the Powercat brings back thoughts about where the program was 30 years ago and what’s happened since. Snyder, who is 79 but will turn 80 on Monday, coached the Wildcats for 27 seasons during two tenures. He retired in December.

He said the players at the beginning helped set the foundation for the future of Kansas State University football program.

He said the logo is important to every Wildcat, but especially to the football players from that era.

“I think the logo has a great deal of meaning to them,” Snyder said. “I think it has meaning for everybody, but a real special meaning for them as well because they were there when it was initiated.”

Bookwalter, who taught graphic design and illustration at Kansas State University for 15 years, said this anniversary means a lot to him as well.

“I think it’ll be around a long time,” Bookwalter said. He said the emblem is starting to become synonymous with Kansas. “Of course, KU would probably argue that.”