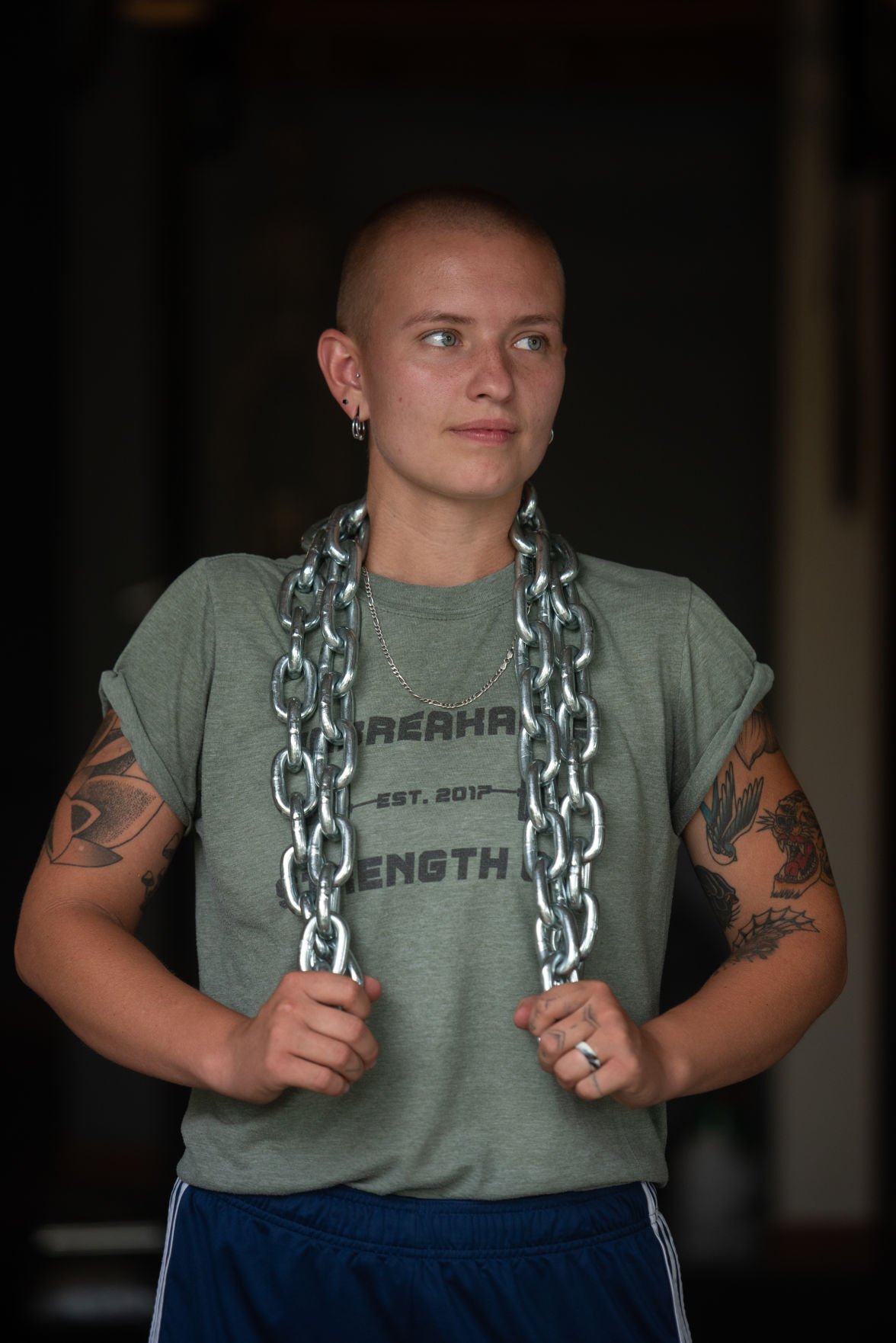 Anneliese Spence recovered from a January 2016 accident that broke her pelvis, and she is now a personal trainer. She attributes surviving a tree falling on her to her previous strength training. 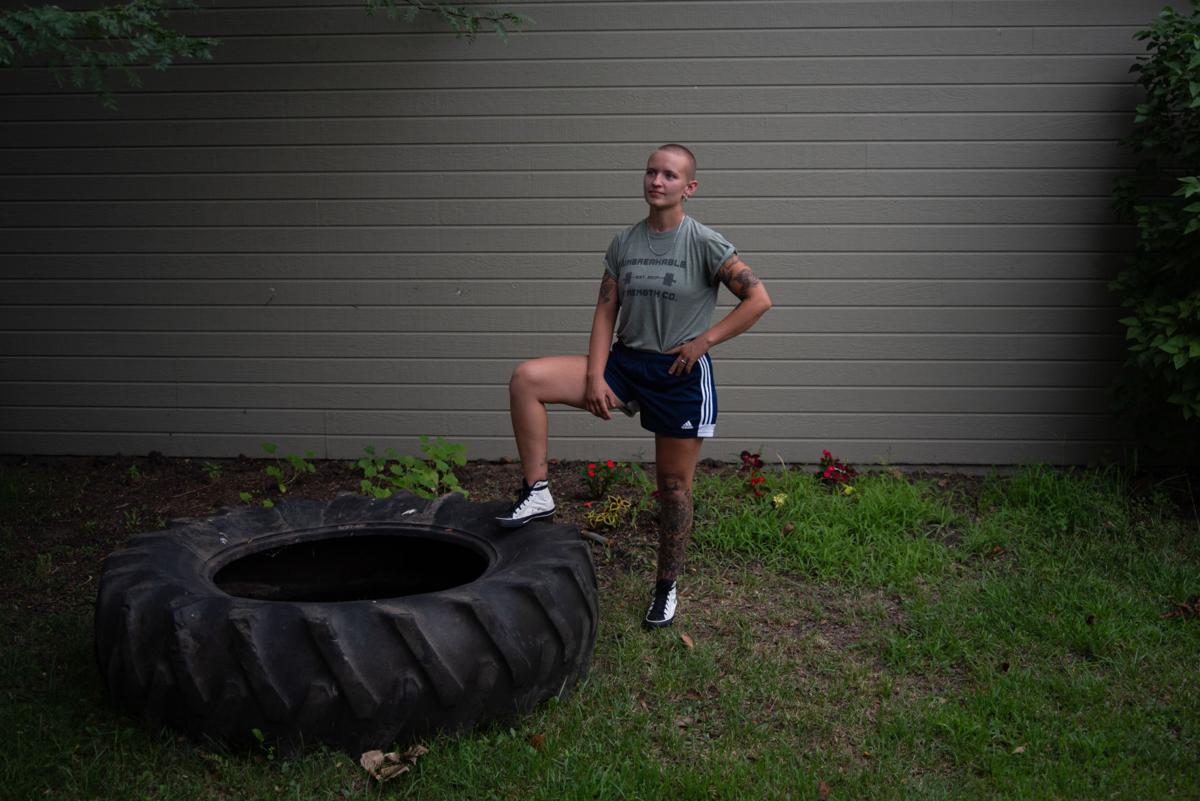 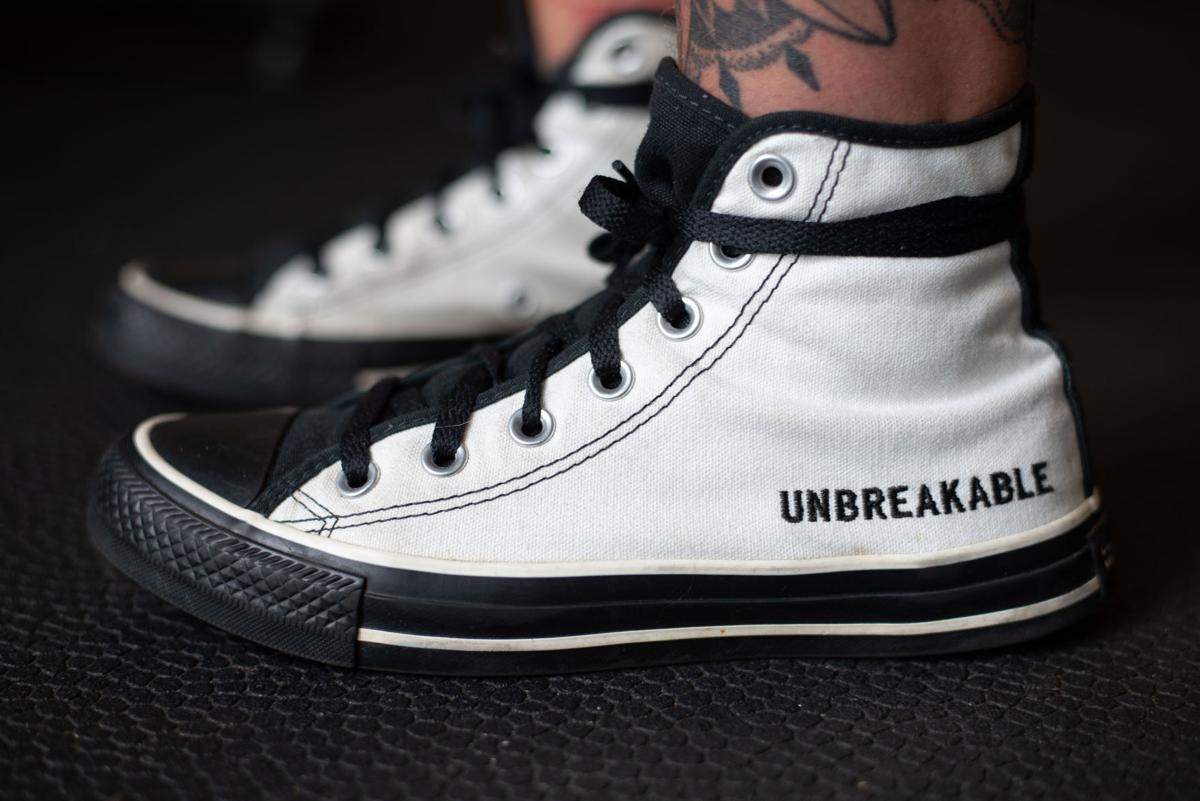 Anneliese Spence recovered from a January 2016 accident that broke her pelvis, and she is now a personal trainer. She attributes surviving a tree falling on her to her previous strength training.

It was a combination of small conincidences that kept Annie Spence alive when a big accident broke her body and nearly killed her in January 2016 while on a trip to New Zealand.

If Spence and her friend hadn’t switched the directions they were sleeping in the tent. If she hadn’t sat up when she heard the loud pop and realized something was about to go horrifically wrong. If the tree hadn’t rolled off her body, instead keeping her pinned to the ground.

But most importantly, if Spence had not built up the personal and mental strength years ahead of the accident, she likely would have died thousands of miles away from home, and it was that resolve that allowed Spence, now a 24-year-old personal trainer, to bend, but never break. She said she wants to use the experience to help people who are marginalized in a similar manner she is as a gay, disabled trainer.

As a kid, Spence always wanted to become a comic book illustrator, and she said she was never particularly athletic, at least initially. But then she got her hands on an illustrated human anatomy and physiology book, and Spence said she became deeply fascinated with the human body. “I thought this could be me,” she said.

As a teenager, she joined the Pro Fitness gym, running out of the basement where Pandora Ice Cream is now at Laramie Plaza in Aggieville. Spence was one of the inaugural members of Manhattan Virtual Academy’s middle school program, which allowed her the time to train with people she still considers great mentors whenever she wanted.

“I really fell in love with movement and the human body and weightlifting,” she said. “Not for any particular, competitive reason necessarily until I got interested in powerlifting, which I pursued quite a bit in high school.”

Spence kept busy, juggling work and school commitments (she was promoted to manager at Bluestem Bistro her senior year), but she also found an appreciation for helping others to train when friends would ask her for pointers on their personal exercises.

After she graduated high school, Spence decided to take a gap year, and she moved to New Zealand. There, she did plenty of physical labor and outdoor work, and early on during her time abroad, a friend asked her if she wanted to go to the country’s version of Burning Man, an annual arts and culture event in a Nevada desert.

“I’d never been to anything like that, but I thought this was something that would make me uncomfortable, so I should probably do it,” Spence said.

So Spence and a group of friends headed to the Kiwiburn festival, held in the rural town of Hunterville in the Rangitekei district of New Zealand’s North Island in January 2016. Their first night camping there, Spence recalled hearing a popping sound, followed by a crunching noise around 3:30 a.m. When she tried to stand up, she realized her right leg was pulled out to the side of her body, and she was numb from her shoulder blades down.

A tree approximately 20 inches in diameter had fallen down, and while it fortunately had missed most tents, it had hit Spence square on her pelvis and broke it in six places.

Miles away from medical care, it took first responders half an hour to reach Spence and dig her out from the mangled tent. On the rugged terrain to the hospital, which itself had limited facilities, Spence said she remembers using the meditation practices she had learned in conjunction with the laughing gas they had put her on.

“It was a way to keep myself awake,” Spence said, since she knew she might never wake up if she fell under.

At the rural hospital, Spence said it was an hour before a relatively young doctor came, and when an ultrasound revealed she had fluid building up around her lungs, he turned pale. When Spence asked him if he thought he could fix her, the doctor was honest and said he couldn’t say. Spence was the most “smashed up” person they had ever seen at the hospital, but the doctor promised they would do the best they could. The medical staff even asked her if she wanted to speak to a priest before undergoing some of the emergency procedures.

With fears she wouldn’t survive a flight back to the states, Spence spent six months in New Zealand hospitals. Doctors stitched up her bladder, took out a foot of intestine and installed 29 screws and plates in her pelvis, which they said Spence would have for the rest of her life.

“But they told me that the only reason I didn’t die in this accident was because I had done powerlifting since age 12 up until then,” she said. “Part of that is because when your body adapts to powerlifting, your bones get denser, your soft tissue gets thicker, your muscles become thicker. It makes you harder to kill.”

Six months after her accident, Spence returned to Manhattan, and walking around with a cane, she attended orientation and enrollment for her freshman year at K-State. Her doctors were still uncertain of her prognosis, and some had even predicted Spence would need a wheelchair for life. Her worst nightmare was that weightlifting would be stripped away from her.

But Spence took that as a personal challenge, and it wasn’t long before Spence limped slowly down the basement stairs to the Pro Fitness gym. She began doing whatever exercises she could do, and slowly, Spence began to make a mostly full recovery, all while earning a kinesiology degree from K-State in three years.

Spence also realized that in coming to terms with her mortality at barely 20 years old, she also had been given a gift.

“Being able to survive and having these good physicians and nurses care for me, I felt so tremendously thankful to still be here,” she said. “This was a gift, and I should not do anything to f*** the gift up. That was a big drive for me, being thankful to be here but also realizing I could use that experience to empower not just myself but others.”

During her time in college, Spence began working as a personal trainer at Body First (where she still works to this day), but she also began her own personal training company, Unbreakable Strength Co., using the various experiences she had in local businesses. Spence said the name was inspired by the three things — weightlifting, meditation and taking care of yourself — that not only made her unbreakable, or at least harder to kill, but also psychologically and mentally resilient.

In working with clients, Spence said her top priority is making her clients feel valued and reaching people who might have never considered personal training. That’s why she uses sliding scale pricing to keep it affordable.

“We suffer a lot of things that we don’t have to suffer, maybe because nobody has made us feel valuable, or nobody has ever made us feel like we have any personal power,” she said. “Being able to speak encouragement and challenge my clients is important for me. I want it to be a safe, welcoming space for them, and that everything else in their life doesn’t matter. They can come here and feel like someone gives a s***, someone cares, someone loves them, and they have personal power.”

Meghan Tuttle, a longtime friend and client of Spence’s, said Spence is an incredibly knowledgeable trainer who takes a person’s whole needs into consideration.

“She wants to know all of the pertinent information to help you achieve the goals you want, not just for physical health, but holistically and in what you’re passionate about,” Tuttle said.

Spence said she also recognizes the power she holds as someone who bucks the trend of what people might expect a personal trainer to look like.

“Who wants a gay, crippled trainer? That’s not what we’re shown in this industry, so for me, I had to kind of create that space for myself, as a masculine woman who also lives with disability, because you look around the fitness industry or on Instagram, and that’s not what a fitness trainer is. I had to accept that I was different and lean into that.”

Right now, Spence operates her gym out of her garage, but ultimately, Spence said she wants to open a bigger facility, which could include a restaurant run by her partner Laura Clement, who loves to cook.

And in doing so, Spence said she specifically wants to reach out to marginalized groups who might feel intimidated going to a gym and create a safe place for lesbian, gay, bisexual and transgender people, women, people of color, but particularly elder people.

“I have a lot of clients in their 60s and 70s that could probably kick a lot of 20-year-olds’ a****,” she said. “I think we have a culture that devalues a lot of groups, and it really devalues older people — older women in particular — but older people in general. It’s creating a space, too, where older people can be empowered and not feel ‘frail’ or ‘old.’”

Last November, Spence was hospitalized again after she developed an infection in her pelvic hardware, which ate up the cartilage in her left hip joint. She’s now waiting on a hip replacement surgery in October, and while she can’t demonstrate many below-the-belt exercises for clients, she remains hopeful in her ability to recover.

“I think the common thread through all of this is that I’m only as physically able as I am now because of weightlifting, from both before and after,” she said. “Experiencing that life-giving effect, I just think the gym has so many benefits in terms of not only your physical health but your self confidence and building your sense of who you are. I want to give that to other people because it was so impactful for me.”