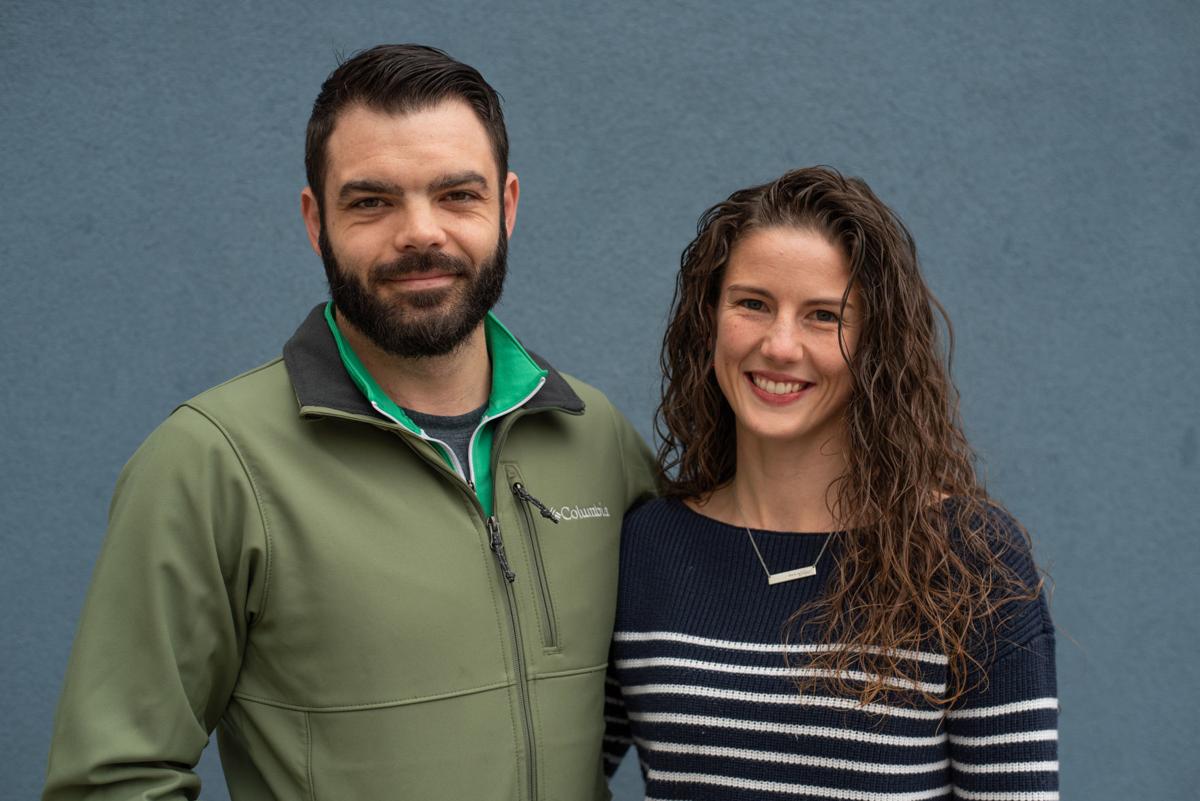 Sande and Shelly Williams stand outside of University Christian Church, where they prepare the food for Manhattan Soup Kitchen. 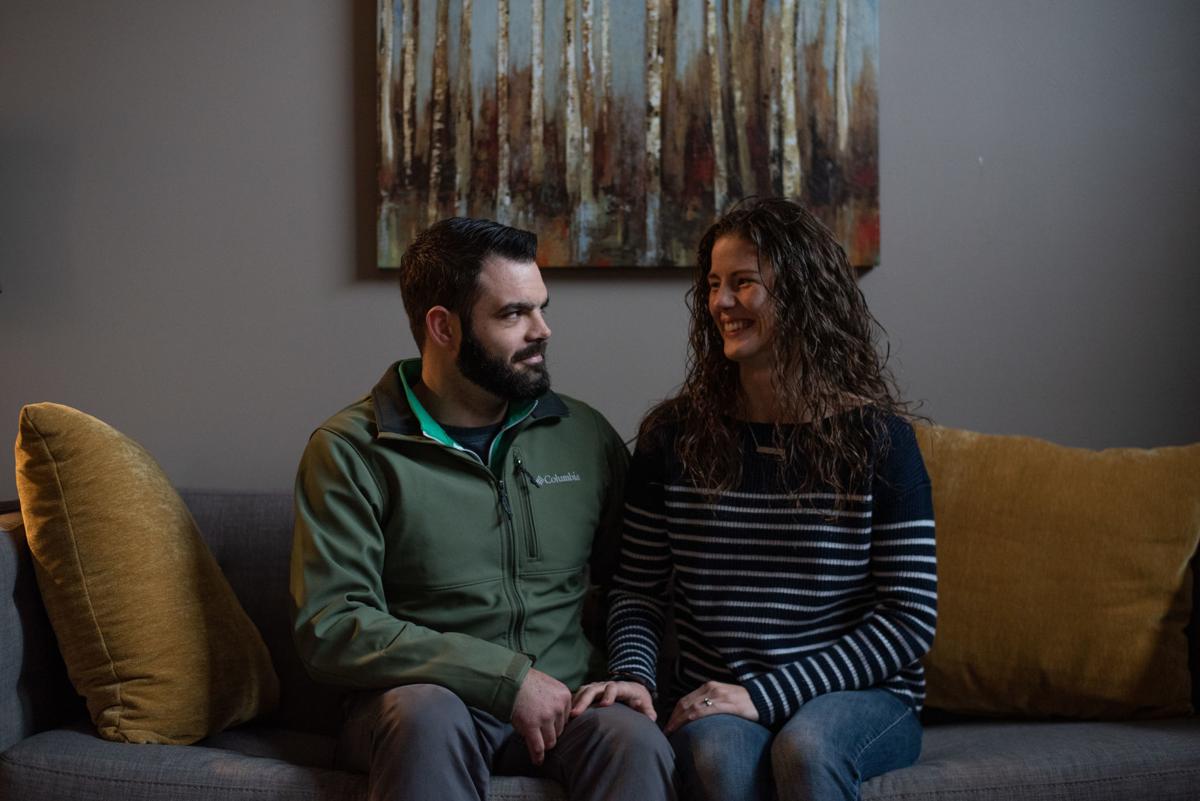 Sande and Shelly Williams sit in the entrance of University Christian Church, where they prepare the food for Manhattan Soup Kitchen. They said their goal is to connect places with excess food to places that can distribute it to the needy.

Sande and Shelly Williams stand outside of University Christian Church, where they prepare the food for Manhattan Soup Kitchen.

Sande and Shelly Williams sit in the entrance of University Christian Church, where they prepare the food for Manhattan Soup Kitchen. They said their goal is to connect places with excess food to places that can distribute it to the needy.

After seeing how much food is wasted in restaurants on a daily basis and nearly living in poverty themselves, Shelly and Sande Williams are fighting food insecurity in Manhattan.

The Manhattan couple recently co-founded Manhattan Soup Kitchen, an organization aiming to recover uneaten food from restaurants that would otherwise be thrown away and distributing it to existing organizations that can give it to those in need.

The Department of Agriculture defines food insecurity as a lack of consistent access to enough food for an active and healthy life.

According to 2017 data from Feeding America, a nationwide network of food banks, about 17.5% of Riley County’s population experiences food insecurity, which is about 5% higher than the state average. The National Resources Defense Council says 40% of food in the U.S. goes uneaten, equating to about 400 pounds of food thrown out per person per year.

Manhattan Soup Kitchen is a small operation as it began making weekly deliveries in mid-September, and the food handling process is essentially managed by Shelly and one other volunteer.

“(Some of it) nobody’s ever touched it, it’s never been exposed to a customer,” 35-year-old Sande, the executive chef at K-State’s Union Station by JP’s, said. “I mean there’s just no good operations set in place for the restaurant industry and catering businesses to recycle, rescue and recover that food for a purpose.”

Part of the reason for that waste, Shelly said, is because it’s cheaper and easier to throw away food than to put more work on employees to find resources and deliver to places like food pantries when some chefs are working up to 80 hours a week.

They said there’s a disconnect between places like the local food bank, the Flint Hills Breadbasket, and groups that serve meals to people in need, such as Common Table.

“If we need to be the go-between from the Breadbasket, the Common Table, all of these nonprofits in town that are working really hard to do good things, if that go-between from the food to the table is what’s missing, then Manhattan Soup Kitchen is ready to do that,” Sande said. “Something’s broken somewhere, but we have an idea and we’re trying to fix it.”

Every Monday, Shelly and a volunteer pick up donations from two to three restaurants and bring them back to University Christian Church, where they repackage the food and sometimes cook meals.

They then deliver donations to organizations that can give out the food, most often to Pawnee Mental Health’s crisis stabilization center and the Manhattan Emergency Shelter.

Sande said even more restaurants have expressed interest in donating food, but the soup kitchen operation is still growing and has limited space and resources to store food.

Shelly said many people also have expressed interest in volunteering, but the couple wanted to get a clear handle on how they operate before bringing in others. She said the couple has never before started a business or a nonprofit, so they are learning as they go.

Sande said they are a nonprofit under the Greater Manhattan Community Foundation and can now learn how to do some of those things through its Young Trustees program.

Before, he said he would compare the experience to the puzzle game Minesweeper because they’ve explored so many leads, some of which have led to dead ends.

“You’re just walking through a minefield and boom — end of the road. Start over,” he said. “It’s like one step forward, two steps back, three steps forward, one step back.”

While the endeavor is an uphill battle, the Williamses are no stranger to overcoming struggles in their lives.

The couple, both of whom had lived in Manhattan while they were growing up, met when Shelly considered joining the U.S. Marine Corps after high school and Sande worked at the recruiting office. However, they didn’t become a couple until after Sande returned from a deployment in Iraq in 2006.

They married a year later, and moved to Chicago so Sande could attend Le Cordon Bleu College of Culinary Arts, fulfilling a longtime dream of making a profession out of cooking.

It was a difficult time though, Shelly said, as they moved to the city just before the 2008 recession.

They lived in a small basement apartment, working three jobs each, and often ate beans and rice dinners on a cardboard box in their living room lit by strings of Christmas lights.

“I was working in kitchens with a couple years of experience, and the guy next to me was a 30-year executive chef who just lost his restaurant, and he’s working there as a favor because he’s an executive chef,” Sande said. “He was doing the same job I did, making $8 an hour. I didn’t stand a chance, and every place was like that.”

After they had their daughter Scarlett, now 11, Shelly said they had to rethink their life. They wanted a better future for their family, so they moved back to the Manhattan area to attend K-State. Shelly went on to receive a degree in family studies and human services and Sande a degree in business.

With the addition of their son, Seidon, 5, the Williamses said they try to spend as much time as they can together, whether that’s relaxing at home or even backpacking through Zion National Park.

“We’ve truly been blessed,” Shelly said. “We’ve had a lot of things get thrown in our path that were disastrous, but somehow, some way, we’ve made it through. We’ve just been blessed with a lot of great people in our lives.”

The Williamses said their work with the soup kitchen ultimately fulfills them, and they hope they can make an impact in tackling food insecurity.

“The food supply chain is broken,” Shelly said. “It’s from farm to fork, but there’s so many steps in the way. If we can help provide those missing links, even just in our area, that would change the structure of the food supply chain and food insecurity systems… (With Manhattan Soup Kitchen) I feel like we can actually make a difference and help real people, and that’s special to me.”