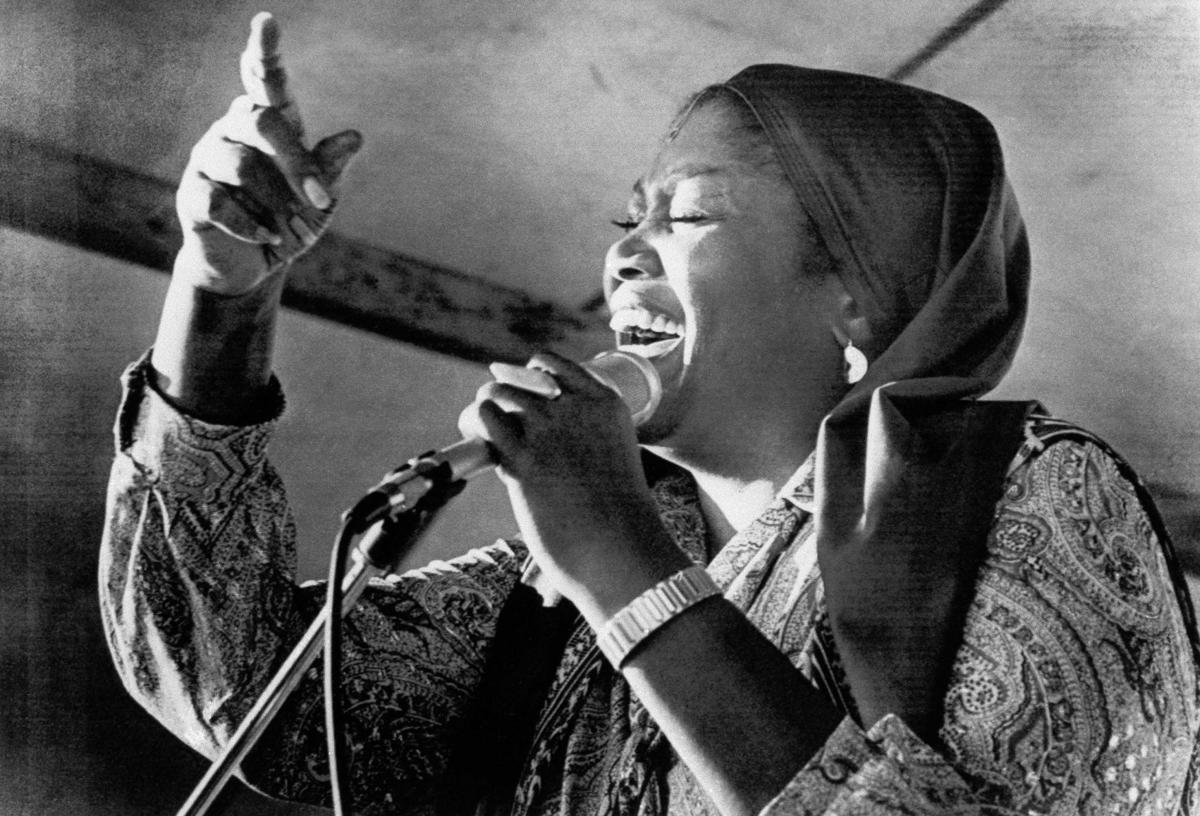 Folk performer Odetta sings at the New Orleans Jazz Festival in 1978. Ian Zack writes about the late singer’s cultural impact in “Odetta: A Life in Music and Protest.” 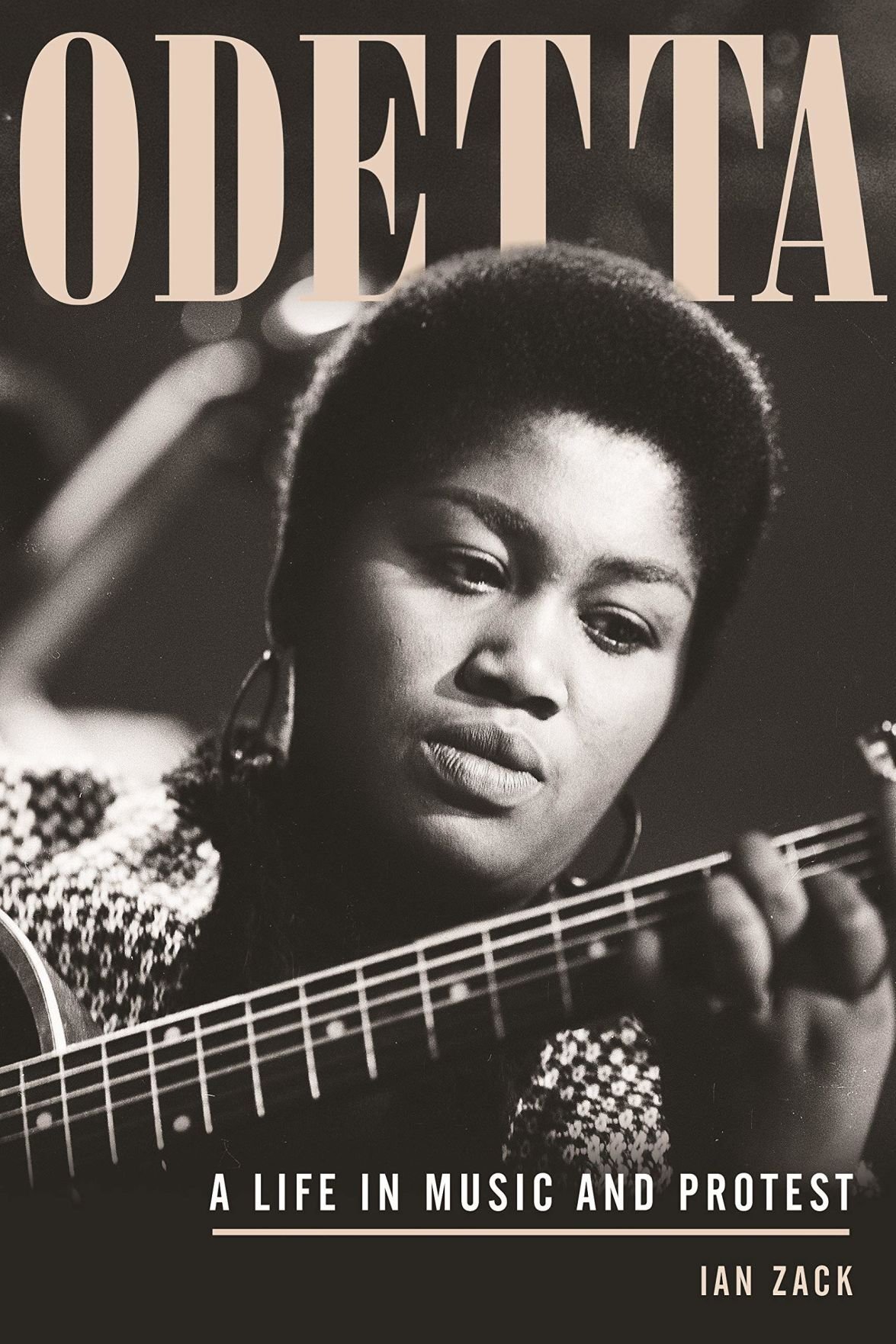 Folk performer Odetta sings at the New Orleans Jazz Festival in 1978. Ian Zack writes about the late singer’s cultural impact in “Odetta: A Life in Music and Protest.”

Before there was Eric Clapton, Keith Richards, Jeff Beck, and Jimmy Paige, there was Sister Rosetta Tharpe, a black gospel and blues artist from the Mississippi Delta who with her trusty Gibson SG was one of the most influential artists of the 20th century. Considered by many to be the Godmother of Rock & Roll, her flamboyance, skill and showmanship on the newly electrified guitar profoundly influenced a bunch of highly impressionable English teenagers that were listening to American blues music.

Another black artist of that same time was just as influential to the emergence of popular folk music. Before there was Joan Baez, Bob Dylan and Judy Collins, there was Odetta. Born Odetta Holmes in Birmingham, Alabama, in 1930, she performed as just Odetta. So in reality, before Cher, Madonna, Beyonce and Jewell, there was Odetta.

Ian Zack, in “Odetta: A Life in Music and Protest,” chronicles the life of what he considers one of the most important cultural figures in America during the last century. Odetta, he writes, had a voice like thunder. In the fall of 1952 at a hootenanny of young musicians in Topanga Canyon outside Los Angeles, when Pete Seeger and Woody Guthrie first heard her sing “Take This Hammer,” the chain gang song first made famous by Lead Belly, they as well as all the others in the room were felled by a voice that they described as rumbling from heaven.

Zack based the book on hundreds of hours of interviews with more than 75 people, including loved ones, friends, fellow musicians, music business executives, promoters, managers and technicians. He culled the archives of her press clippings, personal papers, interviews and legal documents, and he listened to her music for countless hours. This book is so interesting and well written that it might make many readers feel nostalgic for the good old days they never grew up in.

Zack traces Odetta’s early life from Birmingham to Los Angeles, where, as a teenager, she received training in classical voice and performed in musical and theatrical ensembles while in high school. After graduating in 1949, she worked menial jobs but continued to sing and act in summer workshops and theater. In 1951 as a member of a touring show cast, Odetta traveled to San Francisco, where she found the folk scene and decided it was time to pick up a guitar.

Odetta’s star rose rapidly in the 1950s. She was performing folk music in San Francisco and New York City nightclubs. She was tall, strongly built and her voice mesmerized audiences and attracted mentors including singers Paul Robeson and Harry Belafonte. She worked part time as a camp counselor, and one night in 1952, she made a startling request of her all-white cabin of campers when she said, “Get some scissors. I want you to cut my hair.” Odetta became the first black woman in the public eye to wear the natural hair style that later became known as an Afro.

Zack believes that the story of Odetta is the story of American politics in the mid-20th century with the convergence of McCarthyism, the civil rights movement and an emerging youth culture. Pete Seeger and his folk group, the Weavers, had just recently been outed as Communists, and the FBI, the House Un-American Activities Committee and other Red-baiters were harassing the folk movement. These singers were running scared and lying low.

Odetta was the spark that helped ignite the folk revival of the late 1950s and early 1960s. She sang ballads and prison songs with a passion and intensity that attracted a host of young followers — Baez, Dylan, Collins, and Peter, Paul, and Mary. She even made an impact on the budding rock scene, with Roger McGuinn of the Byrds and Ray Davis of the Kinks, and later Elvis Costello, influenced by her musical talents.

No less important was her impact on the civil rights movement. Her artistry and her songs about freedom and the plight of the downtrodden, her regal bearing on stage, and her expressions of black pride helped inspire activists and convince many white, middle-class Americans that the nation could no longer deny the rights of full citizenship to the nation’s black citizens. Zack finds much to admire in her lifelong search for freedom.

Zack chronicles in great detail the decade that Odetta was a star, selling out concerts in the United States and overseas, appearing on television and in films, but by the mid 1960s, she gradually disappeared from the scene. Zack, almost ruefully it seems, explains that Odetta never achieved much commercial success and the public, which had once so adored her, moved on to the British invasion and electrified folk-rock. She struggled professionally and personally for decades, beset by her many insecurities, unexploited opportunities and unfortunate decisions. But late in life, President Bill Clinton honored her with the National Medal of the Arts and Humanities, and she made a career-rejuvenating shift to the blues that attracted a new audience and garnered her a first Grammy nomination.

Odetta died in 2008, but her legacy is secure with those that mattered most- fellow musicians and early civil rights activists. Zack movingly describes Odetta’s singing of the old gospel tune “This Little Light of Mine” at New York’s Cathedral of St. John the Divine on New Year’s Eve. Each year, from 1983 to 1995, she sang a cappella from the pulpit, with 10,000 people holding lit candles and joining in, their voices soaring up to the churches vaulted ceilings. It was a transformative moment to those that were there because it had a simple but universal message of empowerment. But Zack believes that with all her ups and downs in life, she sang it as much for her salvation as for her audience’s empowerment.

My wife has sung that song to our daughters and granddaughters countless times, and now I have a more meaningful appreciation for it and wish that I could have been in that church with my family on one of those New Year’s Eve nights to hear Odetta sing. To have a better understanding of our nation’s rich cultural and musical heritage, of what came before the present and why the Times They are a Changin’ is the benefit of reading a good book like this.