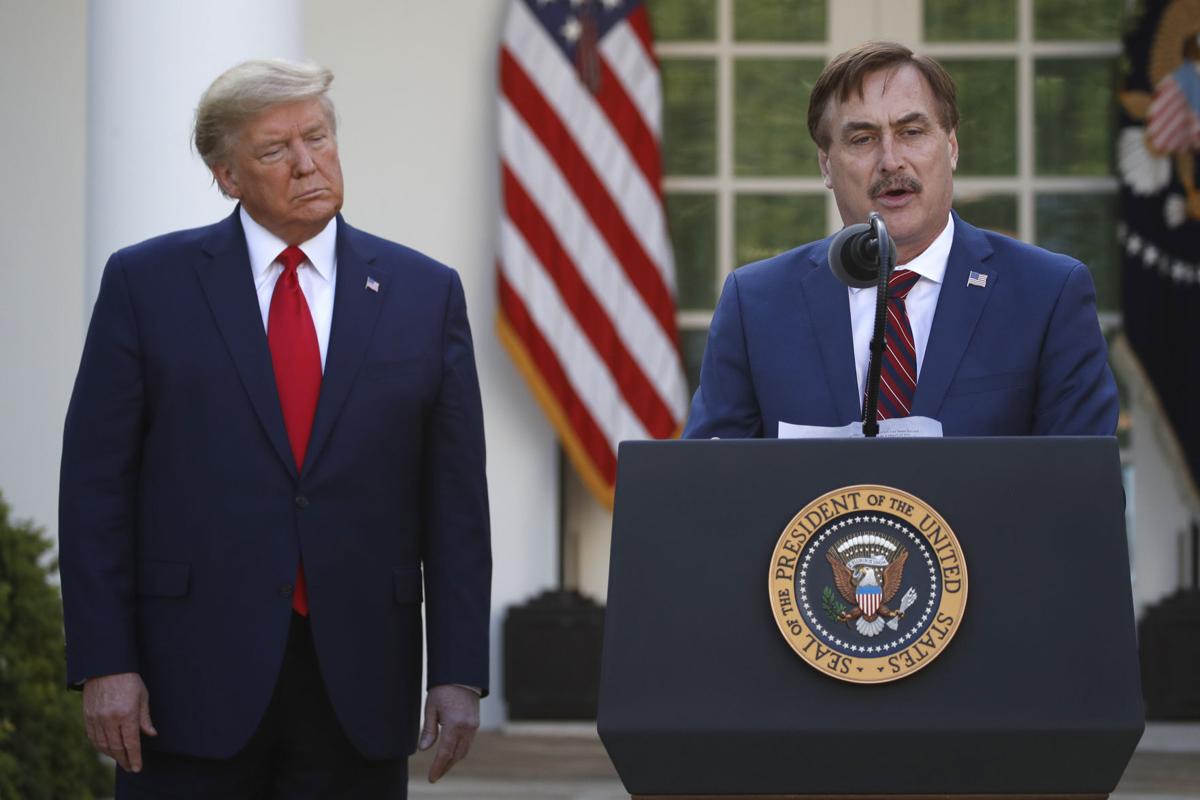 My Pillow CEO Mike Lindell speaks as President Donald Trump listens during a briefing about the coronavirus March 30, 2020, in the Rose Garden of the White House in Washington. Lindell writes about his journey from crack addict to CEO in “What Are the Odds?” 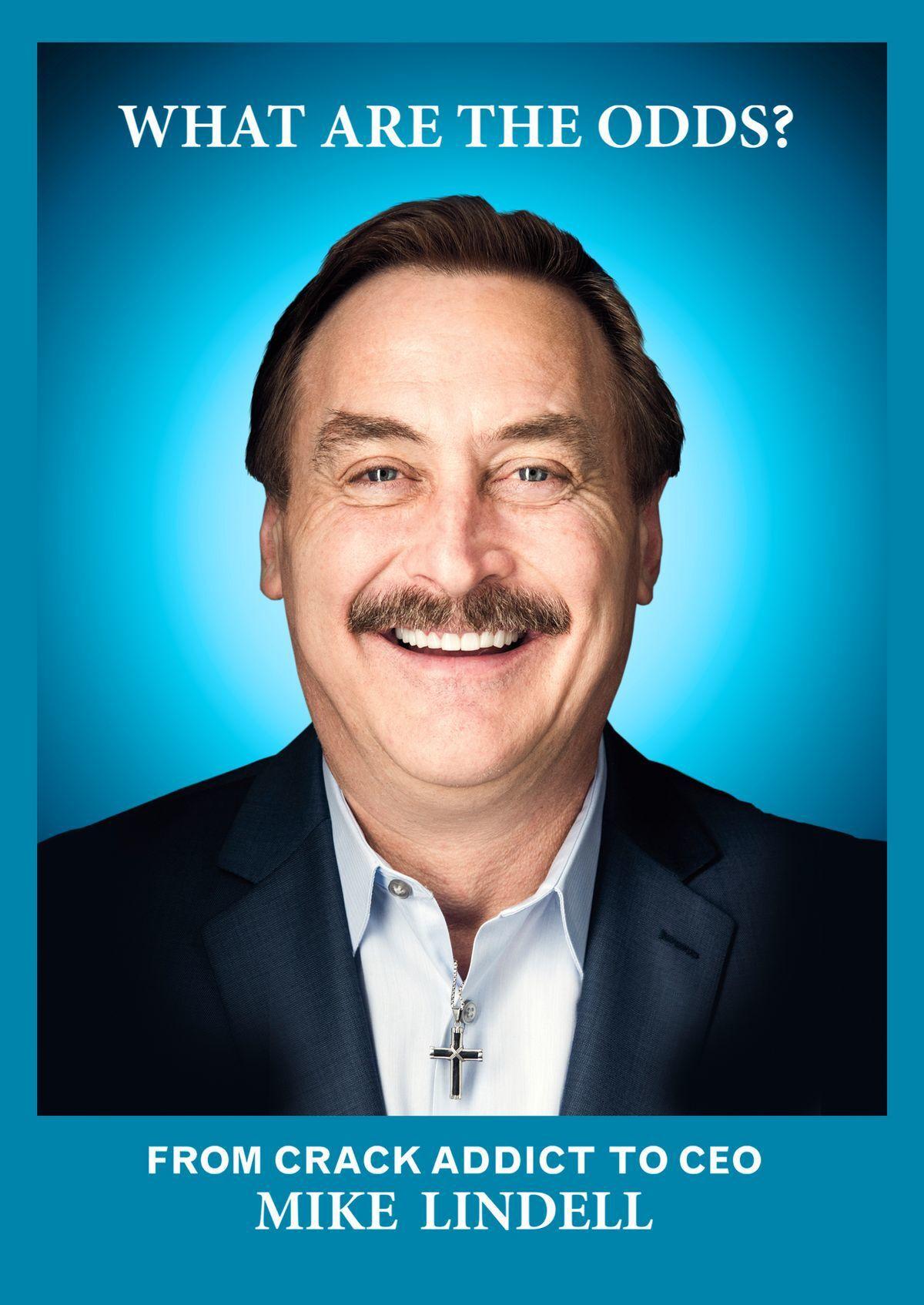 My Pillow CEO Mike Lindell speaks as President Donald Trump listens during a briefing about the coronavirus March 30, 2020, in the Rose Garden of the White House in Washington. Lindell writes about his journey from crack addict to CEO in “What Are the Odds?”

How many times has a book review led with the advice to never judge a book by its cover? I don’t think I’ve ever done it, but if you were to make a book review bingo card, there’d probably be worse things to put on it. Well I’m here to tell you again to not do it.

“What Are the Odds?” has one of the worst covers I’ve ever seen. You know that material you use that feels sharp to the touch and lets you see multiple pictures depending on what direction you look at it from? The stuff on the cover of the Guinness Book of World Records that is super gaudy? Yeah, this book has it on the front AND back, and all four pictures are of the author. Not a great start.

Another not great start is a book written by a guy who is probably best known for being on infomercials. Now I know that there’s a difference between people who overhype stuff professionally and businessmen who appear on infomercials for their own company because reports from promo codes used tell them that they sell the most stuff that way. But, I mean, it’s an infomercial. I already hate commercials, and these things are commercials disguised as real programming. As a side note, who watches these things?

Now that previous paragraph had more red flags than a military parade in Beijing, but for once they add up to nothing. “What are the Odds?” is, as the subtitle so helpfully puts it, the story of how Mike Lindell went from nursing an expensive crack addiction, as well as alcoholism, divorce, cocaine use and compulsive gambling with money he didn’t have, to running a successful company with My Pillow, a stable marriage and a relationship with Jesus. That’s quite the turnaround.

The book is written almost in novel form. Instead of saying a conversation happened, he writes out the he said/she said and blow-by-blow action. The book is a series of stories that detail his descent into trouble of every kind, including having a Mexican drug dealer hold a machete to his throat, and then follows his very rocky rise to sobriety and sanity.

The stories are as interesting as the author. Lindell is a man who operates on gut and chutzpah. Is he an intellectual? No. Does he have super deep insights? No. Does that mean he can’t write an entertaining and inspiring story? Absolutely not.

Lindell’s impulsiveness and gregarious personality means that interesting things can’t help but happen around him, with him often being the instigator. He also admits to making a lot of bad choices in his life, and he doesn’t try to sugar coat or downplay them. Though he’s a Christian author writing a Christian book, he doesn’t find Jesus till the very end and he goes into great detail about his previous drug habit. There’s even a picture of him within that someone took when he was high as a kite on crack and acting super paranoid.

This book isn’t as edited and cleaned up as I imagine former President Barack Obama’s new (as of writing) memoir is, and this probably isn’t in the same vein of quality or depth of reflection. It’s not perfect, and there are some parts that drag a bit.

But I actually think it’s good, and I would be lying to you if I said that didn’t surprise me. While that may be a backhanded compliment, I can tell you Lindell loves them. His favorite testimonial for his pillows ever reads, “I’m 82 years old and don’t like a damn thing, but these pillows are okay.” While I’m not that grumpy or reluctant to praise “What are the Odds?” it works well enough.