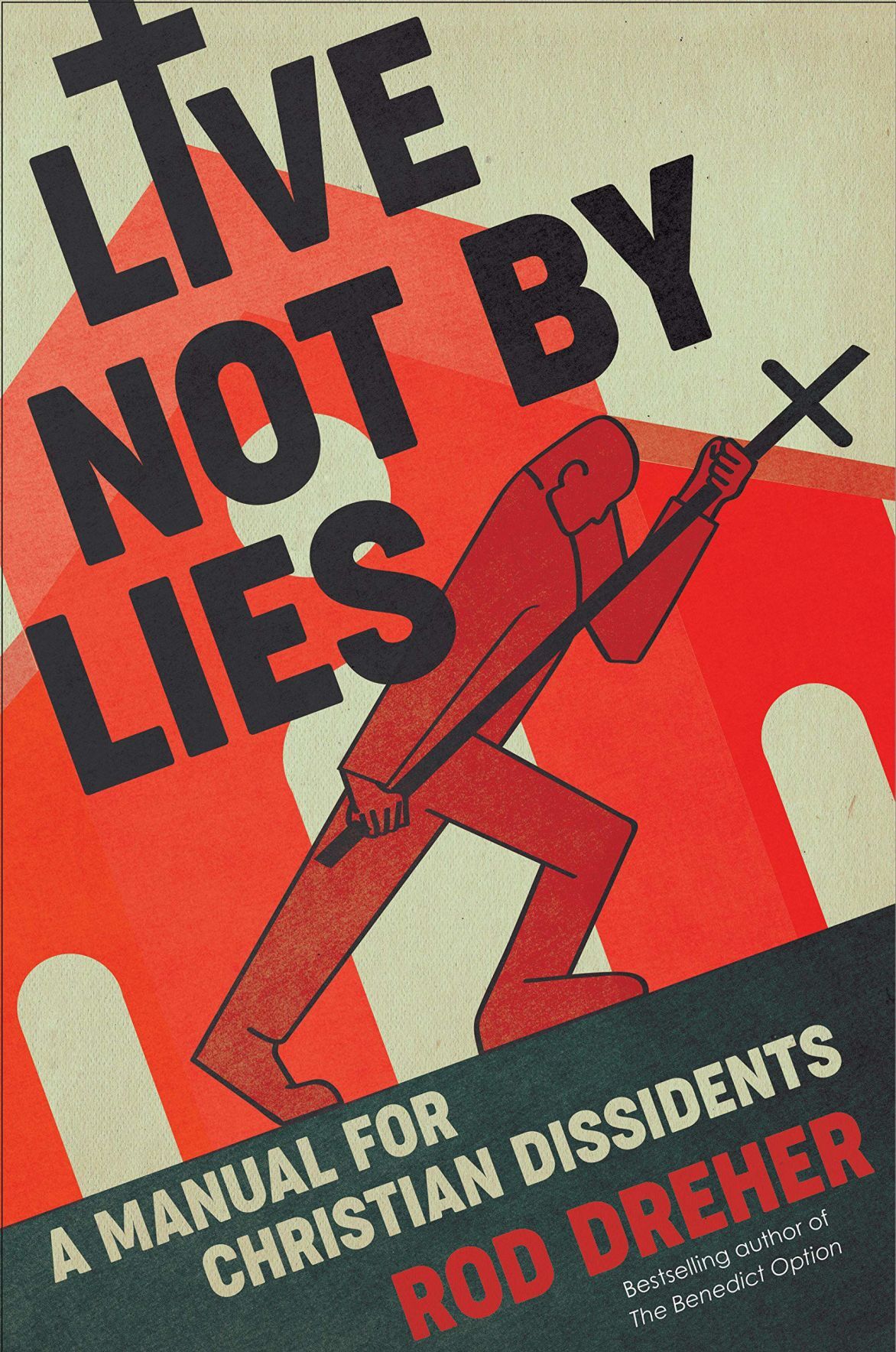 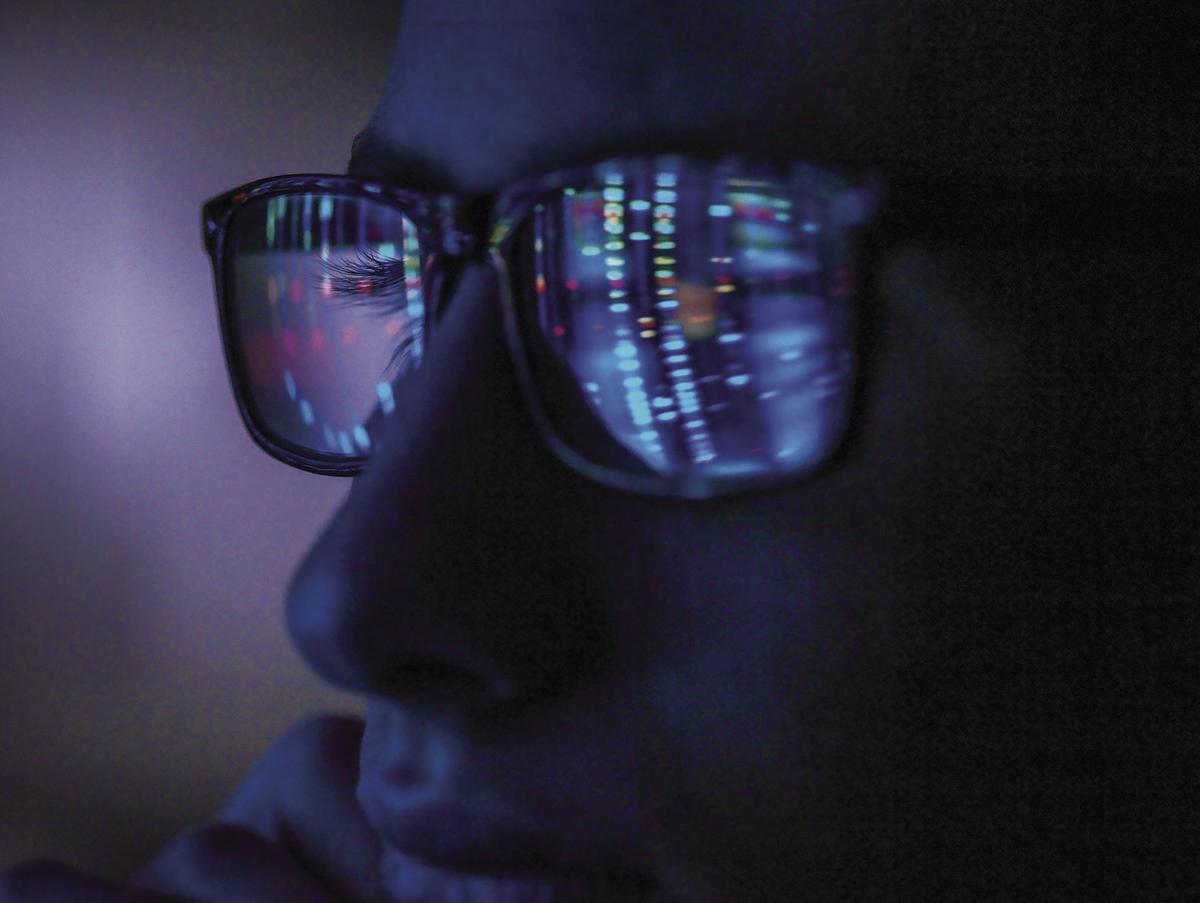 Rod Dreher writes in “Live Not by Lies: A Manual for Christian Dissidents” that surveillance technology as well as the quest for social justice define the ruling ideology of this emerging soft totalitarianism.

Rod Dreher writes in “Live Not by Lies: A Manual for Christian Dissidents” that surveillance technology as well as the quest for social justice define the ruling ideology of this emerging soft totalitarianism.

The New York Post recently published a story regarding Hunter Biden’s alleged emails documenting the financial connections the Biden family had with Ukraine, China and Russia and the extent to which the former vice president may have been involved. The article raised serious questions about political corruption, but Twitter saw fit to censor its users by deleting any tweets that contained links to the article.

Then, former Clinton Labor Secretary Robert Reich called for the creation of a truth and reconciliation commission to “erase Trump’s lies” and expose those who “enabled” them. “When this nightmare is over, we need a Truth and Reconciliation Commission,” Reich tweeted. “It would erase Trump’s lies, comfort those who have been harmed by his hatefulness, and name every official, politician, executive, and media mogul whose greed and cowardice enabled this catastrophe.”

But the appetite for revenge and punishment will not stop there. I suppose Reich would be fine with the Biden Administration’s Ministry of Truth and Ministry of Love sending the deplorables, tens of millions of Trump supporters, to Room 101 to be programmed to love Big Brother. Do these two events mean that America is inexorably sliding towards totalitarianism?

Rod Dreher thinks it does. He is the author of a timely new book titled “Live Not by Lies: A Manual for Christian Dissidents.” The book takes its title from the great Russian dissident Aleksandr Solzhenitsyn, who famously said that one of the biggest mistakes people make is assuming totalitarianism can’t happen in their country. For years, brave émigrés from the former Soviet bloc who fought against and suffered under totalitarianism had been telling Dreher they see telltale signs of it cropping up in America. Their personal stories of persecution, resistance and clinging to their faith form the core message of this book.

Dreher wrote this book because he believes Americans, having never lived under the yoke of a totalitarian regime, are simply oblivious to what is happening to them. He warns that this emerging totalitarianism is not the Soviet system of gulags, secret police, extreme poverty and strict censorship. He likens it more to “Brave New World” rather than “Nineteen Eighty-Four,” and that is what makes it so insidious. He calls it “soft totalitarianism.”

The first half of the book is Dreher’s explanation of how liberal democracy in America is degenerating into something resembling the totalitarianism over which it triumphed in the Cold War. He exposes the troubling parallels between contemporary America and the ones that gave birth to 20th-century totalitarianism in Europe. He provides a very good synopsis from Hannah Arendt’s “The Origins of Totalitarianism” that defines totalitarianism as a state in which nothing can be permitted to exist that contradicts the ruling ideology. He reveals two particular factors that define the ruling ideology of this emerging soft totalitarianism: the quest for “social justice,” which dominates academia, Silicon Valley, corporations and other major institutions, and surveillance technology, which has become omnipresent from the government and through the behaviors and habits of consumer capitalism.

Based on his conversations with the émigrés that lived under the brutality of the Soviet Union and its satellites, the second part of the book examines the ways though which opposition to soft totalitarianism can be conducted. He poses a series of questions that form his narrative of opposition. Why is religion and the hope it gives the core of effective resistance? What does the willingness to suffer have to do with living in truth? Why is the family the most important cell of opposition? How can we learn to recognize totalitarianism’s falsities and fight its deceit? How does faithful fellowship provide solace in the face of persecution? How did those oppressed get through it, and how did they protect their families? How did they keep their faith, their integrity and even their sanity? Are we capable of hearing them or do we persist in the delusion that it cannot happen in America?

Dreher recounts the words of a Soviet born émigré who now teaches in America. She warns, “You will not be able to predict what will be held against you tomorrow. You have no idea what completely normal thing you do today, you say today, will be used against you to destroy you, your livelihood, and your reputation. This is what people in the Soviet Union saw — we know how this works.”

Perhaps the most disturbing part of the book is the section on the Chinese Communist Party’s implementation of a “social credit” system, designed to regulate political and social behavior by generating an enormous amount of data on every citizen through consumer data, biometrics, GPS tracking, facial recognition, DNA and other forms of data harvesting. The state’s information-control apparatus has created a draconian surveillance state, and the Chinese government is using it to monitor and control the behavior of individual citizens and businesses and then to manage rewards and punishments on the basis of a citizen’s economic and personal behavior.

But this can never happen in America, right? On the contrary, Dreher argues that Silicon Valley’s and corporate America’s embrace and promotion of progressive social values and the emergence of surveillance capitalism is preparing America to accept a version of China’s social credit system. Americans are being conditioned to surrender privacy and political liberties for the sake of comfort, convenience and an artificially imposed social harmony.

His argument will certainly cause many to consider the theme of this book over the top alarmism. But Dreher insists that the “cancel culture” with its thought and speech police and “woke capitalism” have arrived. He believes liberal democracy in America and the rest of the West is dying, and he argues that the progressives have become the very people they despised in the past — bigoted, intolerant and close-minded totalitarians, consumed by the narrative of identity politics and its mantra of racism, oppression and victimization.

Dreher ends “Live Not by Lies” by quoting the stirring conclusion to Solzhenitsyn’s valedictory to the Soviet people in his 1974 essay, “Live Not by Lies.” Written just before his exile to West Germany, the essay was a plea for moral courage and served as a light to all who value the truth.

Dreher hopes for our nation’s sake that Solzhenitsyn’s words do not fall on deaf ears, but very few Americans today know who he is, and far fewer have read his works. “Live Not by Lies” is Dreher’s prediction of a slow moving catastrophe. He doesn’t say much about what is going to happen if the resistance of Christians and other citizens proves futile and millions of ordinary Americans finally wake up to what is being done to them.

But the émigrés do know what will happen because they have lived it. Here is their warning: if too many citizens are apathetic and not engaged, a small minority of committed people can set the wheels in motion to cause America to vote its way into totalitarianism. But once a totalitarian system inevitably rots from terror, corruption, and paranoia and exposes its darkest sides, once the new Robespierres inevitably come for the “woke capitalists and woke celebrities” because they have outlived their usefulness, the only way out will not be peaceful.

Agree or not, this book will certainly make one think about where America may be headed. Dreher makes a persuasive argument that America, and the rest of the Western world, is already living under pre-totalitarian conditions. Social atomization, widespread loneliness, vicious political partisanship that is fraying the social fabric, and a widespread loss of faith in the governing class and institutions leave societies in these countries vulnerable to the totalitarian temptations to which Russia, Germany, and Italy succumbed in the 20th century. Time will tell in America if our governing class comes to believe that our government is “of the people, by the people, but only for the people that conform.”