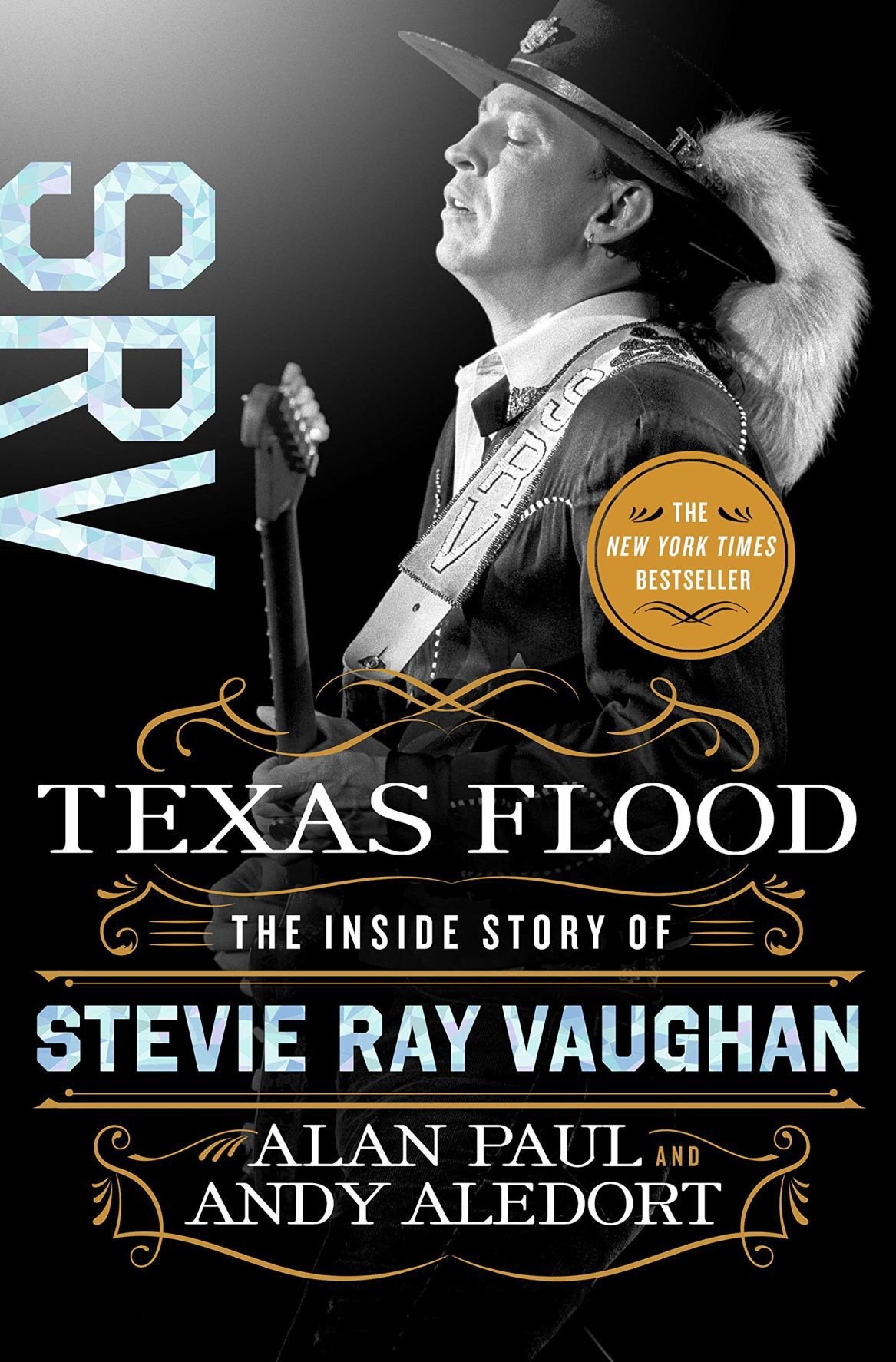 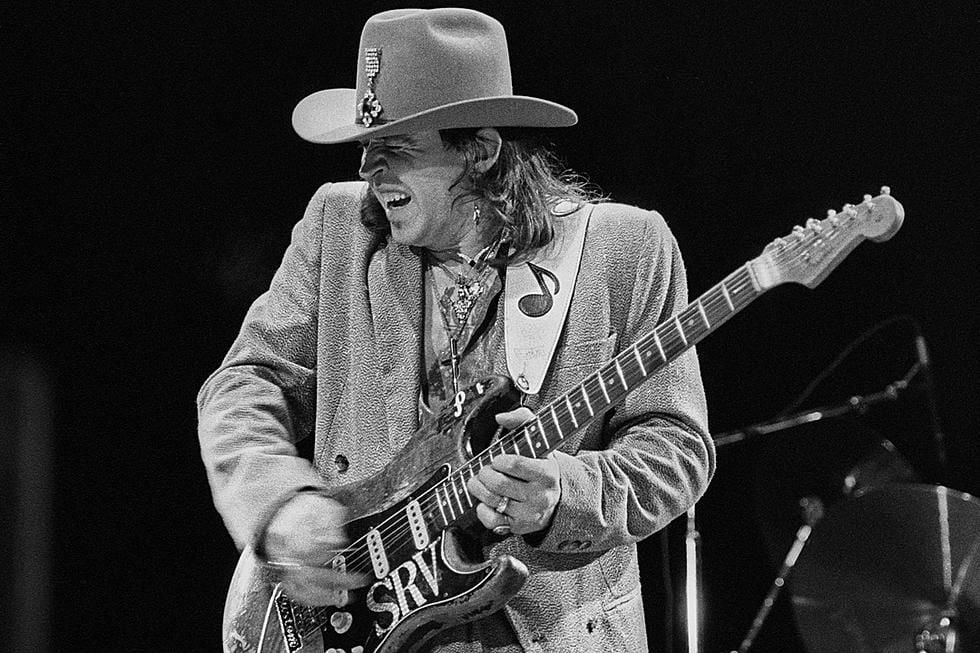 Guitar World writers and editors Alan Paul and Andy Aledort have collaborated on “Texas Flood: The Inside Story of Stevie Ray Vaughan.” They traced Vaughan’s life and music.

Guitar World writers and editors Alan Paul and Andy Aledort have collaborated on “Texas Flood: The Inside Story of Stevie Ray Vaughan.” They traced Vaughan’s life and music.

By the end of the 1970s and into the early 1980s, the new genres of rock music such as techno pop, punk, glam rock and disco were supplanting the classic rock bands, and particularly their lead guitar players. It seemed as though it just wasn’t cool anymore to be a lead guitarist. Then Stevie Ray Vaughan arrived on the scene.

Guitar World writers and editors Alan Paul and Andy Aledort have collaborated on “Texas Flood: The Inside Story of Stevie Ray Vaughan.”

They trace his life and music, providing an absorbing account of his rise to legendary status in the pantheon of guitar gods. Paul and Aledort are well suited to write the story because both were dedicated fans of Vaughan, following him from his earliest days playing in the Texas blues clubs of Dallas and Austin.

What makes “Texas Flood” so interesting to read is how Paul and Aledort structure the book. Their account is exhaustive, drawing extensively from interviews with those who knew Stevie Ray best and were with him most of his life — his brother, Jimmie Vaughan, and his Double Trouble band mates Tommy Shannon, Chris Layton, and Reese Wynans.

The Vaughan brothers were born into a working-class background in Dallas; they were steeped in music since childhood due to the influence of their father and uncles. The brothers got their first guitars when Jimmie was ten and Stevie Ray was seven. Stevie Ray soon discovered that playing the guitar was all he wanted to do, and he failed miserably at school, which he stopped attending. As a young teenager, he formed or joined countless bands in Dallas and later in Austin. He was soon turning heads with his distinctive style of play.

Jimmie succeeded first as a guitar prodigy, pursuing purist blues and eventually forming the Fabulous Thunderbirds. Stevie Ray embraced the blues as well, but he proved more open to experimentation.

The great blues guitarist Albert King influenced him more than anyone else, but Jimi Hendrix did as well. Eventually, Stevie Ray adopted the scarves, kimonos and hats that were the distinctive sartorial style of Hendrix.

Before Vaughan achieved icon status, however, he struggled for a long period of time to emerge from his brother’s shadow. He was lucky to have moved to Austin in 1972, just as the city’s reputation as a mecca for live, Texas-based blues music was beginning to draw countless musicians to the clubs that catered to live music. With the Nightcrawlers and the Cobras — and eventually in the Triple Threat Revue, which became Double Trouble —Vaughan impressed audiences, and more importantly other musicians, with his loud brand of rock-infused blues.

At venues such as Armadillo World Headquarters, Soap Creek Saloon and especially Antone’s on Sixth Street, Vaughan began to build a reputation. The Fabulous Thunderbirds became Antone’s house band, where Stevie Ray often played sets with his heroes, especially Albert King. All it took was one set with King for him to realize Vaughan was the real deal. And the lead guitar on David Bowie’s mega hit “Let’s Dance” — that is Stevie Ray. Such was his stature with other musicians who recognized his talent.

In 1983 Double Trouble released its first album, “Texas Flood,” to critical acclaim, but achieving success and stardom came with a price. After years of touring, by the late 1980s, Vaughan was a drug addict and alcoholic, working himself to death. The book doesn’t shy away from this dark side of Vaughan’s rise: the authors chronicle his insatiable appetite for drugs and alcohol that was just as ravenous as his passion for music, laying bare the heartache and worry caused to his family, bandmates and friends.

Vaughan was forced to face the fact that if he didn’t change his ways, he wouldn’t last much longer. In 1986, a near-death moment with drugs and alcohol while on tour in Germany convinced him he needed to change his habits, perspective and relationships, so he kicked his addictions and became obsessed with living healthy.

In 1990, he recorded his last album in collaboration with Jimmie. He had been sober for a few years, living happier and playing better than ever. But rock stars should not get on motorcycles or fly in aircraft; he died on Aug. 27, 1990, just shy of 37 years old, in a helicopter crash following a concert with Eric Clapton in Wisconsin.

The authors chronicle Stevie Ray Vaughan’s profound influence on rock music as a blues revivalist who brought that music back into the mainstream. For a fan of rock and roll history, especially younger readers that were not alive when MTV changed the music scene in the early 1980s and a blues guitarist was miles from music’s mainstream, this book is well worth reading.

In the years since his death, his legend and acclaim have grown among music fans to where he is now an undisputed international icon. “Texas Flood” is a masterful rendering of Vaughan’s artistry and reverence for the old Delta blues masters, leading the reader to better understand and appreciate America’s rich musical heritage.