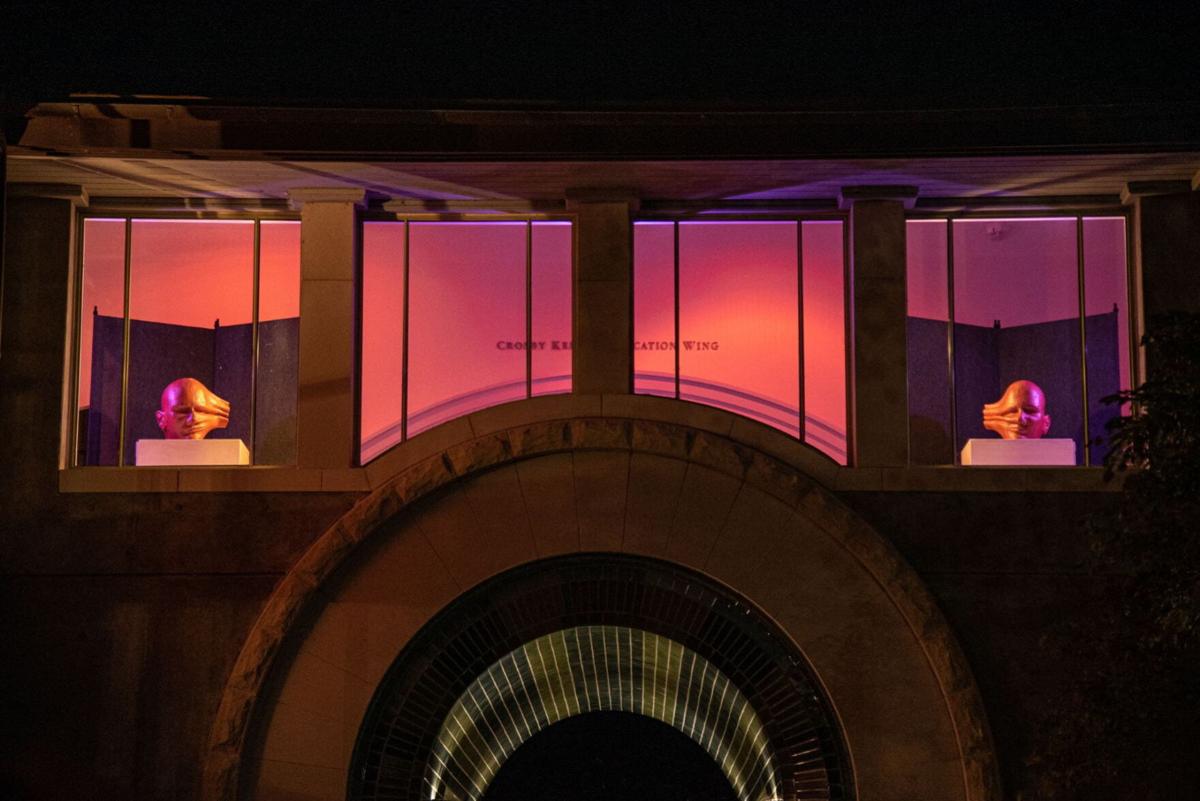 The Beach Museum’s window displays in “Inside Out” give viewers a chance to see some of the museum’s collection during its closure. It closed in March because of the COVID-19 pandemic. 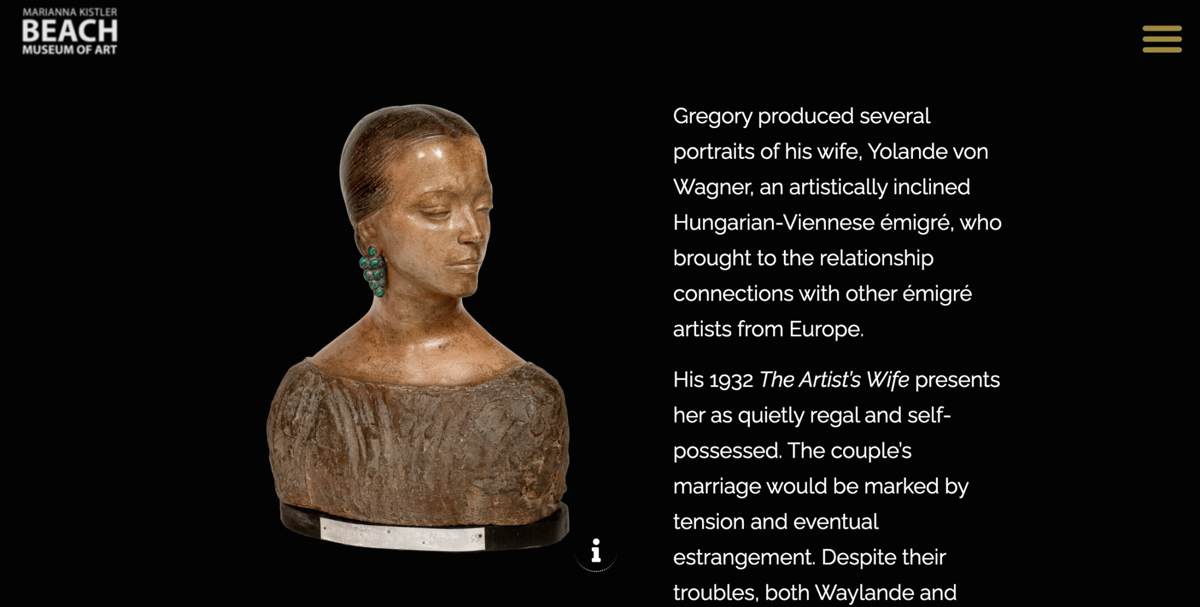 A screenshot of “Waylande Gregory: Art Deco Ceramics and the Atomic Impulse” shows the Beach Museum of Art’s virtual exhibition. 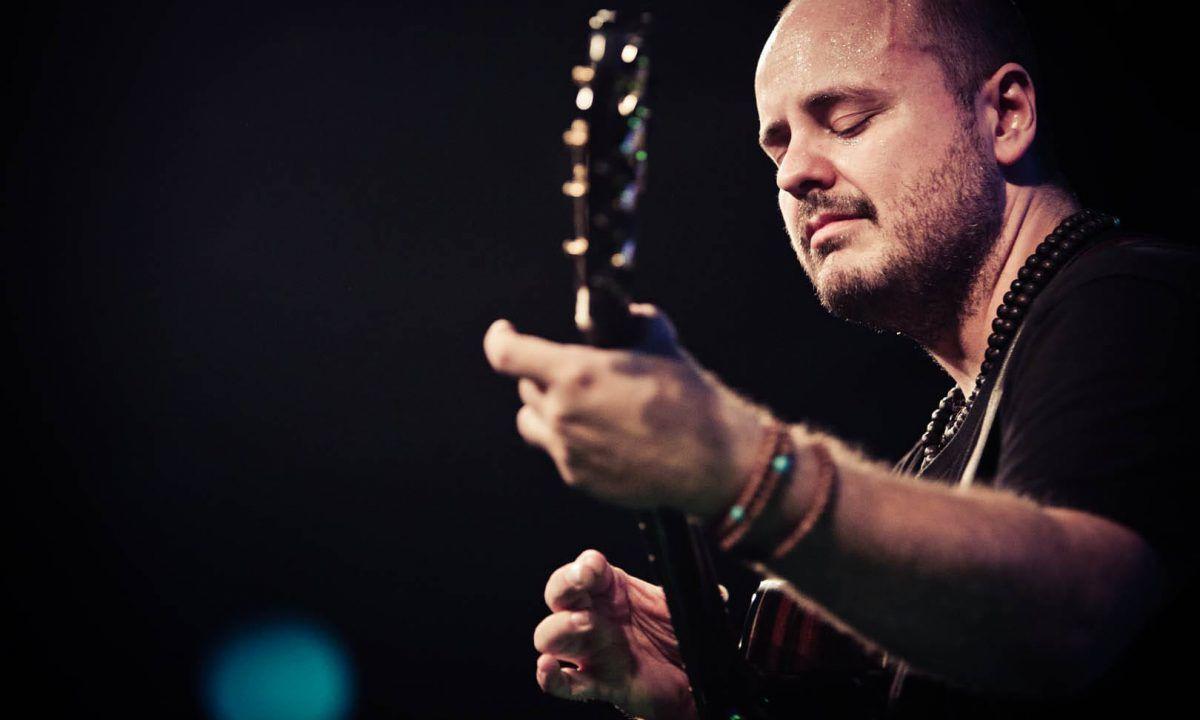 The Beach Museum’s window displays in “Inside Out” give viewers a chance to see some of the museum’s collection during its closure. It closed in March because of the COVID-19 pandemic.

A screenshot of “Waylande Gregory: Art Deco Ceramics and the Atomic Impulse” shows the Beach Museum of Art’s virtual exhibition.

The arts world is slowly coming back to life after performance venues and museums closed in March. K-State’s McCain Auditorium and Beach Museum of Art are still closed to the public, but both are seeking new ways to offer connections to the arts from home.

Over the last several months, the Beach has added to its list of online resources, from virtual exhibitions to educational resources. McCain Auditorium recently started providing livestreamed performances as part of its McCain Connected series. As two of the few venues in the area still closed entirely, both are working to stay active with patrons and prepare for the financial challenges of the closures.

McCain started hosting virtual performances in October. Todd Holmberg, executive director of McCain Auditorium, said rolling out online programming was “just about the only choice we have” while large indoor gatherings are still risky. McCain’s stage is being used as classroom space for K-State as they try to maintain physical distancing.

“Until we can do it live and in person, we can still have a transformative impact by presenting arts activities online,” Holmberg said.

Holmberg said they wanted to feature local and regional artists who wouldn’t have to travel as far or find somewhere to stay, since that would be more comfortable for performers and also cut down on costs for McCain.

He said the biggest financial consideration was equipment. McCain needed high-definition cameras and staff members who knew how to operate them, so it partnered with student organization Wildcat Watch, which has recorded two virtual performances.

The Beach Museum has a new virtual exhibition, “Waylande Gregory: Art Deco Ceramics and the Atomic Impulse,” with more planned, and the recently installed “Inside Out,” an exhibition of window displays, so people can view it from outside the museum.

“We’re trying to think of art experiences we can give people outdoors,” said Linda Duke, director of the Beach Museum.

The museum also has uploaded programs recorded over the last several years on its YouTube channel and has hosted streamed programs with artists.

After being shuttered for several months, Duke said the closure was a financial challenge. She said it emphasized the greater importance that donations, grants and other sources of funding will have in the future. Duke said the museum is not reliant on state funds now, but she expects that to decline further in the future.

“What we see in the future is building a stronger endowment, so it isn’t dependent on steadily dwindling state funds,” Duke said.

Holmberg said McCain is seeking new ways to bring in revenue, as it isn’t charging for shows right now, but donors have been generous during this time. McCain’s lobby currently is being expanded, and Holmberg said that because that project was funded with already allocated private funds, it would not be delayed. Expected completion is May 2021, he said.

McCain is working on its schedule for the spring and for its next two seasons, but Holmberg said officials have put contingencies in place.

Duke said as the Beach make decisions about reopening, “it’s the virus’s timeline.” She said they are planning upcoming virtual programming, but in terms of allowing guests back to the museum, it could be a while.

She said the Beach is operating without its student employees, who usually work at the front desk or as gallery attendants. Duke said that reopening now would likely take other museum employees away from their work, which could be impractical as many people are still staying home and avoid public places.

“I would hate to have staff deployed to support reopening and have nobody come,” Duke said. “That would be a squandering of staff time.”

She said the Beach plans to remain closed to the public for at least the remainder of the fall semester. At a later date, they might consider opening by appointment or for limited hours.

Some previously scheduled exhibits have been postponed further, Duke said, until they can be installed in a reopened museum. She said it isn’t practical to invest in things like shipping sculpture at this time.

“It doesn’t make sense to bring them to the museum and have the museum be closed the whole time,” she said.

Because the timeline for reopening remains uncertain, Duke said she and staff members will continue to invest in online resources. She said it will continue to remain important even after they welcome back in-person guests. Duke said it allows them a wider reach throughout the state and even nationwide and internationally. She said she doesn’t think demand for virtual resources and programming will end with the pandemic.

“Say there’s an ice storm, or you can’t get a babysitter, or you live in Garden City,” she said. “You should still have access to what we’re doing.”

For more information on the Beach Museum’s virtual resources, including links to virtual exhibitions, visit beach.k-state.edu.

For a schedule of McCain’s streamed and prerecorded performances, visit mccain.k-state.edu. McCain will host the Flint Hills Children’s Choir on Nov. 8 and a virtual celebration of the auditorium’s 50th anniversary, “Raise Your Glass to McCain Auditorium” at 7 p.m. Nov. 11.