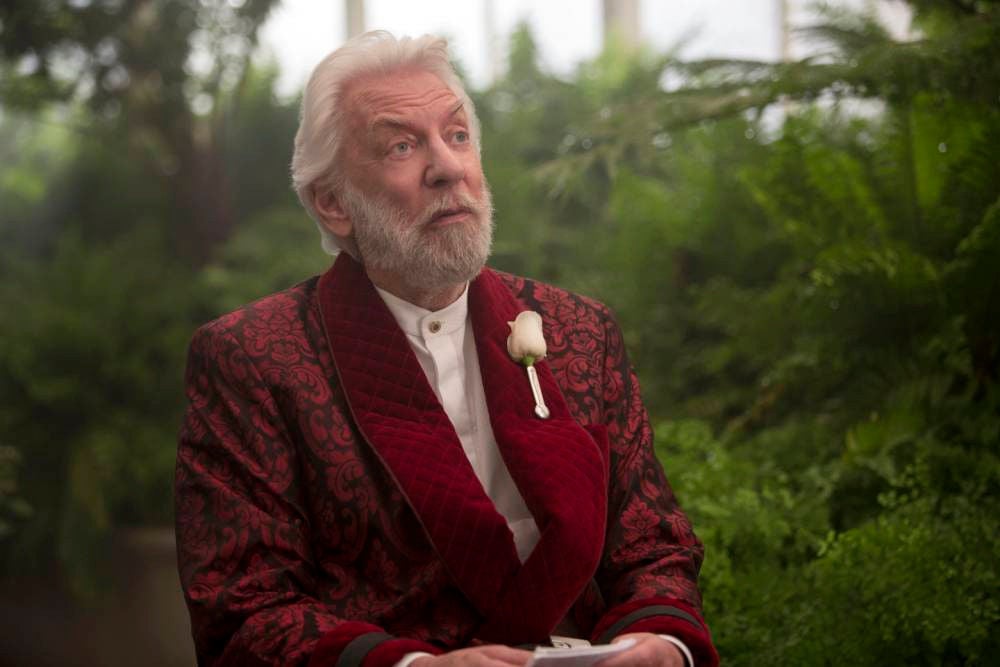 Donald Sutherland played President Snow in the Hunger Games films based on the young adult book series. Author Suzanne Collins has written a prequel, “The Ballad of Songbirds and Snakes,” focusing on a younger Coriolanus Snow. 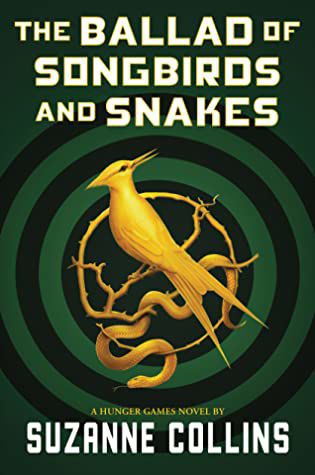 Donald Sutherland played President Snow in the Hunger Games films based on the young adult book series. Author Suzanne Collins has written a prequel, “The Ballad of Songbirds and Snakes,” focusing on a younger Coriolanus Snow.

Fans of the Hunger Games books finally have a chance to return to the dystopian country of Panem in Suzanne Collins’ new novel, “The Ballad of Songbirds and Snakes.”

Published 10 years after the most recent book in the series, “Mockingjay,” the new novel goes back 64 years before the events of “The Hunger Games.”

When Collins announced a return to the series last year, fans were mixed on the idea of a prequel. Some wanted more of Katniss, the series heroine. Instead they get a look at how her world came to be through the eyes of a young Coriolanus Snow, the evil president of the original books.

Prequels are always a risk. At best, they expand the world and offer a background that enriches our understanding of a story and strengthens the complexities of the characters. They also need to create a compelling story of their own, which can be especially challenging if the audience already knows where some characters will end up.

At worst, prequels display a lack of new ideas from a creator, exhibiting the desire to simply piggyback on the goodwill of the fan base. Great prequels, like sections of “The Godfather 2” or the “Alien” prequel, “Prometheus,” become an indispensable part of the mythology. The bad ones become forgettable additions for hardcore fans only.

“The Ballad of Songbirds and Snakes” falls somewhere in between, although definitely on the good side of the scale. It’s certainly worthwhile for anyone interested in dystopian world building, and it addresses questions left unanswered in the first three books.

Instead of the reluctant hero Katniss, the plot follows Coriolanus Snow. Much like the film “Joker” or Darth Vader in the Star Wars prequels, we already know he eventually becomes a monster. It’s a risk to ask the audience to identify with a character Collins spent three books making us hate.

At the beginning of the story, Coriolanus Snow is an 18-year-old preparing to mentor an entrant in the tenth hunger games. Unlike the powerful Snow of the original series, young Coriolanus has a powerful family name that is mostly an illusion. The capital is in power, but still reels from war with the districts. It’s years away from the ostentatious vanity and technology of the future.

Snow has intellect and ambition, but can’t afford nice clothes or a full meal. He is assigned to mentor Lucy Gray, the female tribute from district 12, an assignment he assumes will doom him to lose the competition, and with it his best chance at escaping poverty and continuing his education.

Exploring the motivations of a villain is a common tactic, but it does work as a vehicle for addressing some of the broadest questions in the series. In “Mockingjay,” Katniss asks how a violent spectacle like the Hunger Games could ever come into existence. The prequel lets the reader see it happen. Snow also struggles to shape his own morality throughout the novel. He explores whether it’s worth hurting some people to strengthen the country, and when self-preservation outweighs compassion. By the end of the story, it’s clear what path he is on, but the journey is not linear.

The 10th Hunger Games are a far cry from the spectacle Katniss is thrown into years later. It’s like watching a lame marching band at the Super Bowl halftime show when you know the future holds Beyonce and Prince. The tributes are barely fed, and citizens mostly ignore the games. Snow plays a part in introducing gambling, sponsorships and pageantry to the games, a preview of the calculating leader he will become.

Like the other novels in the series, the book is at its best in the actual arena. Literal life and death stakes propel the plot and pit characters against one another. It’s a little different watching the games through Snow’s eyes, instead of a character in the ring, but it becomes a real page turner nonetheless.

Much like the slower portions of “Mockingjay,” the shine wears off when the series leaves the games about halfway through the book. To avoid spoiling the plot, I’ll just say that the change of scenery is much less compelling. The last quarter of the book definitely drags on, although the final chapters make most of it worthwhile.

For readers deciding whether to wade back into the series after almost a decade, it’s mostly worth the time. “The Ballad of Songbirds and Snakes” isn’t necessary to understand the series, and it definitely isn’t the right place to start, but it does add to the mythology of Panem in interesting ways. Readers will recognize several names and locations from the series, but most of the references to the original books are subtle enough not to detract from the story.

Fans of young adult literature looking to dive back into their favorite series are well-served right now, with Phillip Pullman’s return to the world of “The Golden Compass,” world-expanding movies in the Harry Potter universe and even a recently-announced new Twilight novel. Whether Collins continues to expand on the Hunger Games series or not, “The Ballad of Songbirds and Snakes” is a welcome addition that should leave most readers hungry for more.

Join Us at KS
Construction